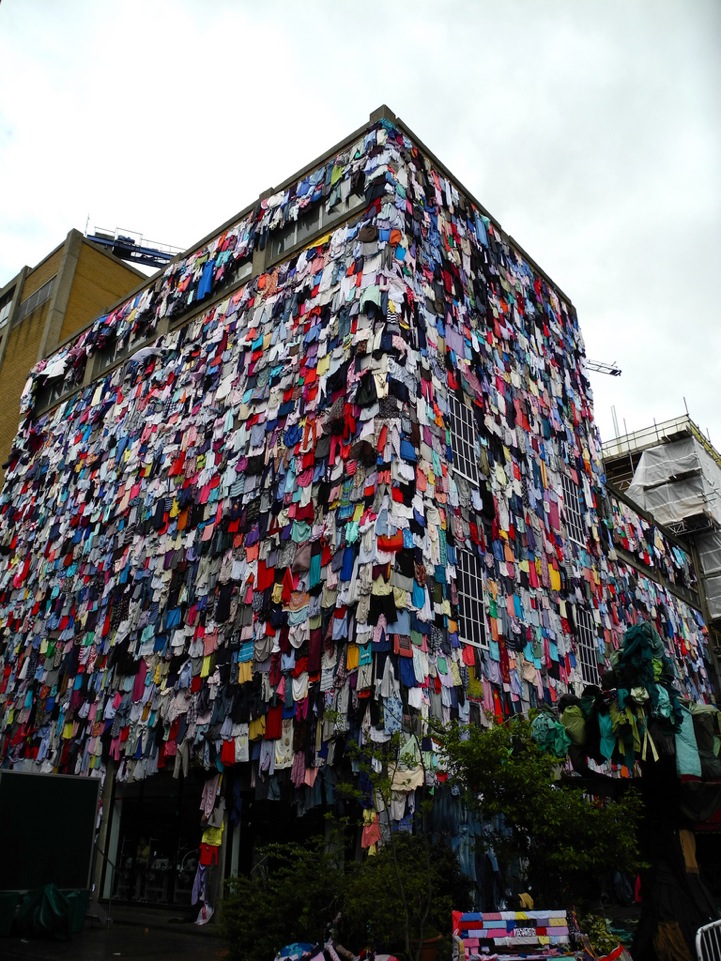 Fashion department store Marks & Spencer launched its project called Shwopping, a portmanteau of shopping and swapping, in an effort to recycle clothing and decrease waste. The project, which they refer to as a revolution, seeks to draw attention to the amount of clothing that's discarded every day in the UK and make a conscious effort to reverse this wasteful habit. The cause claims that approximately 10,000 articles of clothing go to landfills every five minutes.

The clothing retailer's initiative has taken to the streets, installing a public display of unwanted apparel on a building in East London. The towering edifice is mounted with about 10,000 discarded garments, which really only represents five minutes worth of trashed clothing according to their campaign. It's overwhelming to visualize the statement and the intent is to shock people into change.

The Shwopping project has placed over 1,200 “Shwop Drop” boxes at M&S stores across the UK for everyday shoppers to place their unwanted clothes into. The clothes are then transfered over to Oxfam, an international organization devoted to creating solutions for social problems like poverty. From there, Oxfam is set to handle the materials by reselling, reusing, or recycling them. 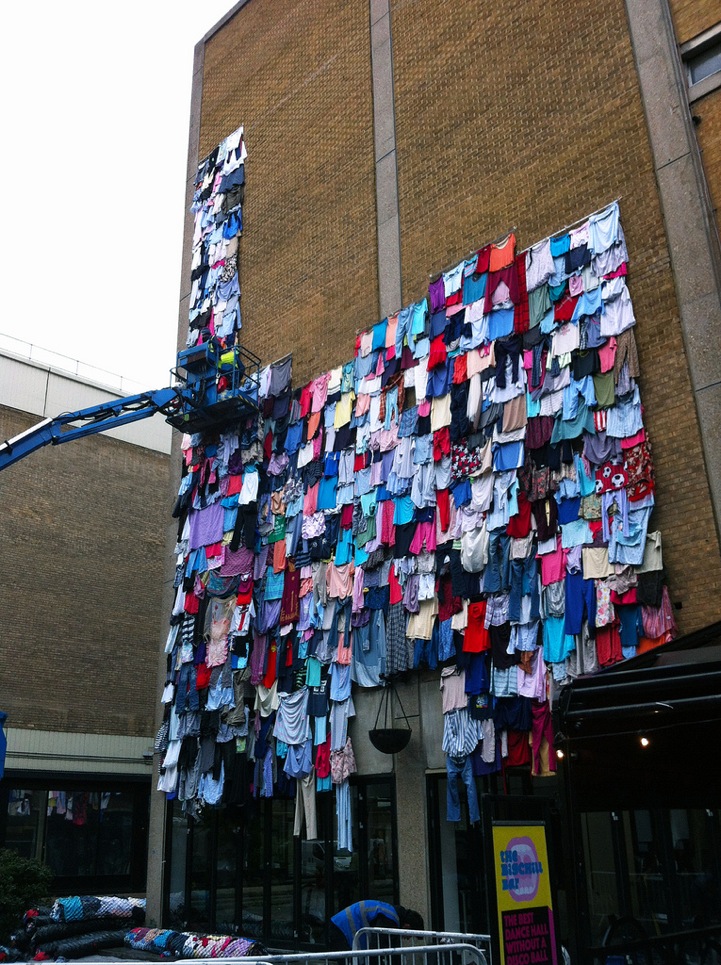 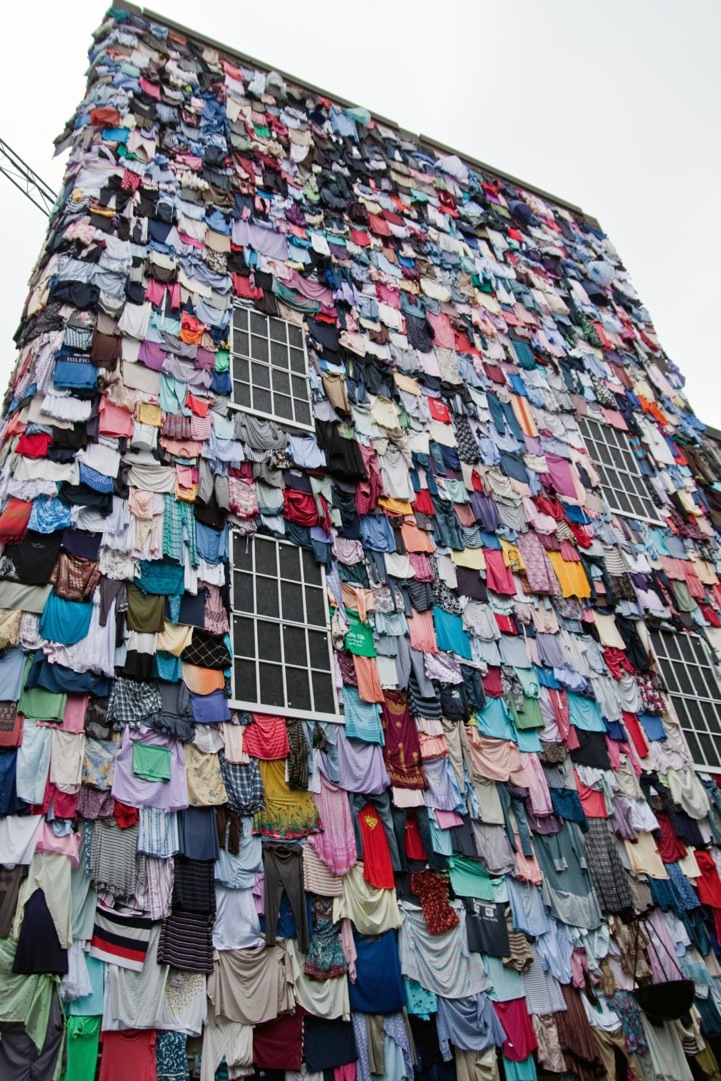 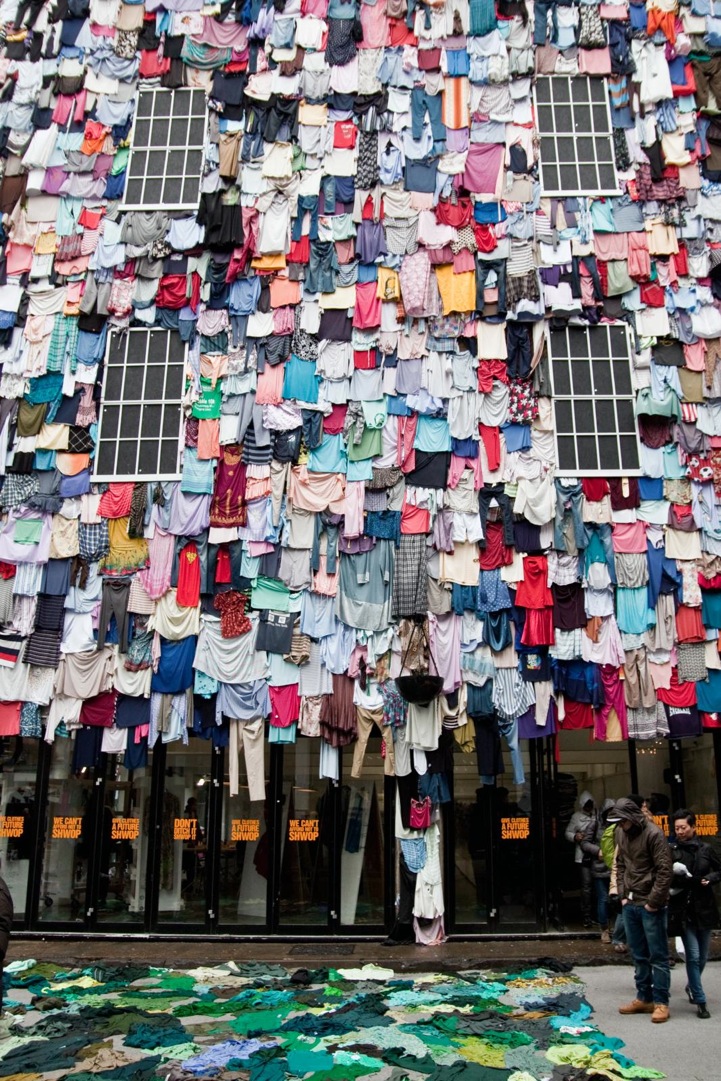 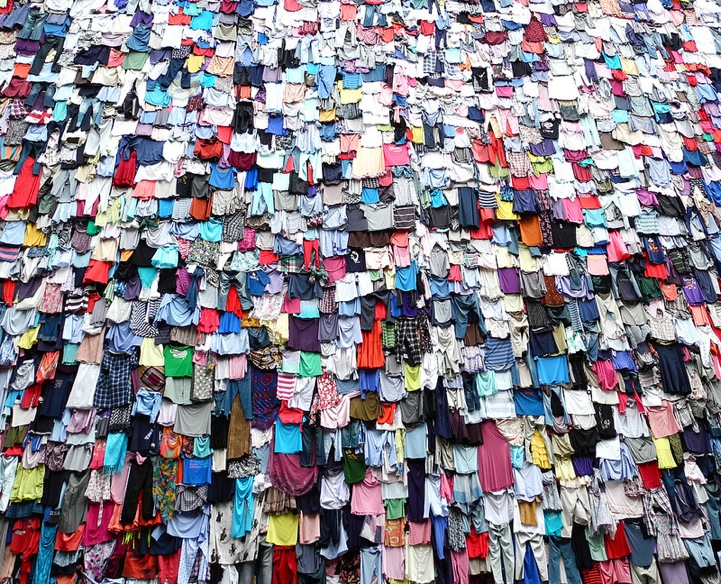