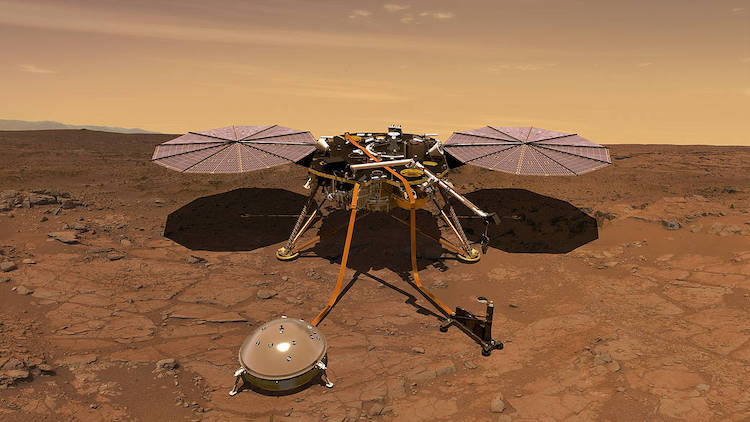 An artist’s rendition of the InSight lander operating on the surface of Mars. (Photo: NASA/JPL-Caltech)

Ever since NASA's InSight Lander landed on Mars, it has been making history. Not only can we now read a Mars weather report, but we can hear what seismic activity—aka a “Marsquake”—sounds like. Thanks to the Seismic Experiment for Interior Structure (SEIS), a dome-shaped instrument that sits on the planet's surface, researchers were able to record and hear a quake on Mars for the first time. It's incredible breakthroughs like this that once again prove the revolutionary nature of the InSight Mission.

SEIS is the first seismometer to be placed on Mars in 40 years and it's designed to measure the pulse of Mars. It's been collecting background noise up until April 6, when it recorded a rumbling that appears to come from the interior. The event occurred on the 128th Martian day (known as a Sol) that InSight has been on the planet, with one other seismic event occurring prior and two shortly after. However, the other three events were too small for researchers to pinpoint. 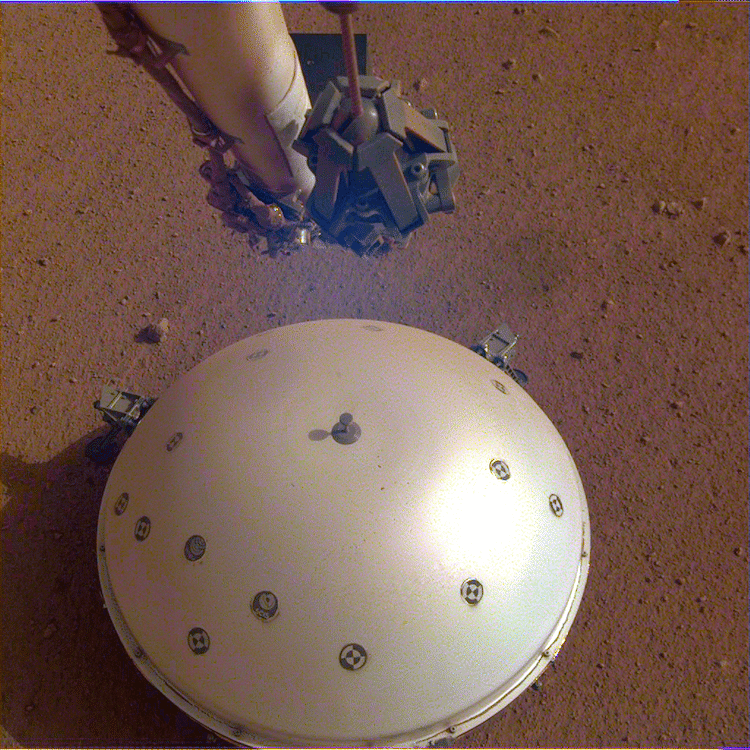 This image, taken March 19, 2019 by a camera on NASA’s Mars InSight lander, shows the rover’s domed Wind and Thermal Shield, which covers its seismometer, the Seismic Experiment for Interior Structure, and the Martian surface in the background. (Photo: NASA/JPL-Caltech)

As opposed to Earth, Mars does not have tectonic plates, which means that its seismic activity is much more subtle—and quieter. Quakes do occur but are created by the stress produced from the continual process of cooling and contraction. As the stress builds over time, it causes a break in the crust and results in a quake. In order to record this activity, engineers had to build something with an extra sensitive monitoring system that was also durable enough to survive Mars' extreme weather.

Now that SEIS has picked up its first major recording, scientists know that they are on the right track. “We’ve been waiting months for a signal like this,” said Philippe Lognonné, SEIS team lead at the Institut de Physique du Globe de Paris (IPGP) in France. “It's so exciting to finally have proof that Mars is still seismically active. We're looking forward to sharing detailed results once we've had a chance to analyze them.”

So what does a Marsquake sound like? In the short audio clip, the seismic activity sounds almost like the rumbling of a train slowly moving by in the distance. Preceded by the sound of wind and followed by the movement of a robotic arm, the audio plays like a surreal sleep sound machine. Here's hoping that this is just the first of many audio recordings from the Martian surface, which will give us even further insight into the makeup of the Red Planet.

Are you excited to hear the first Marsquake ever recorded?