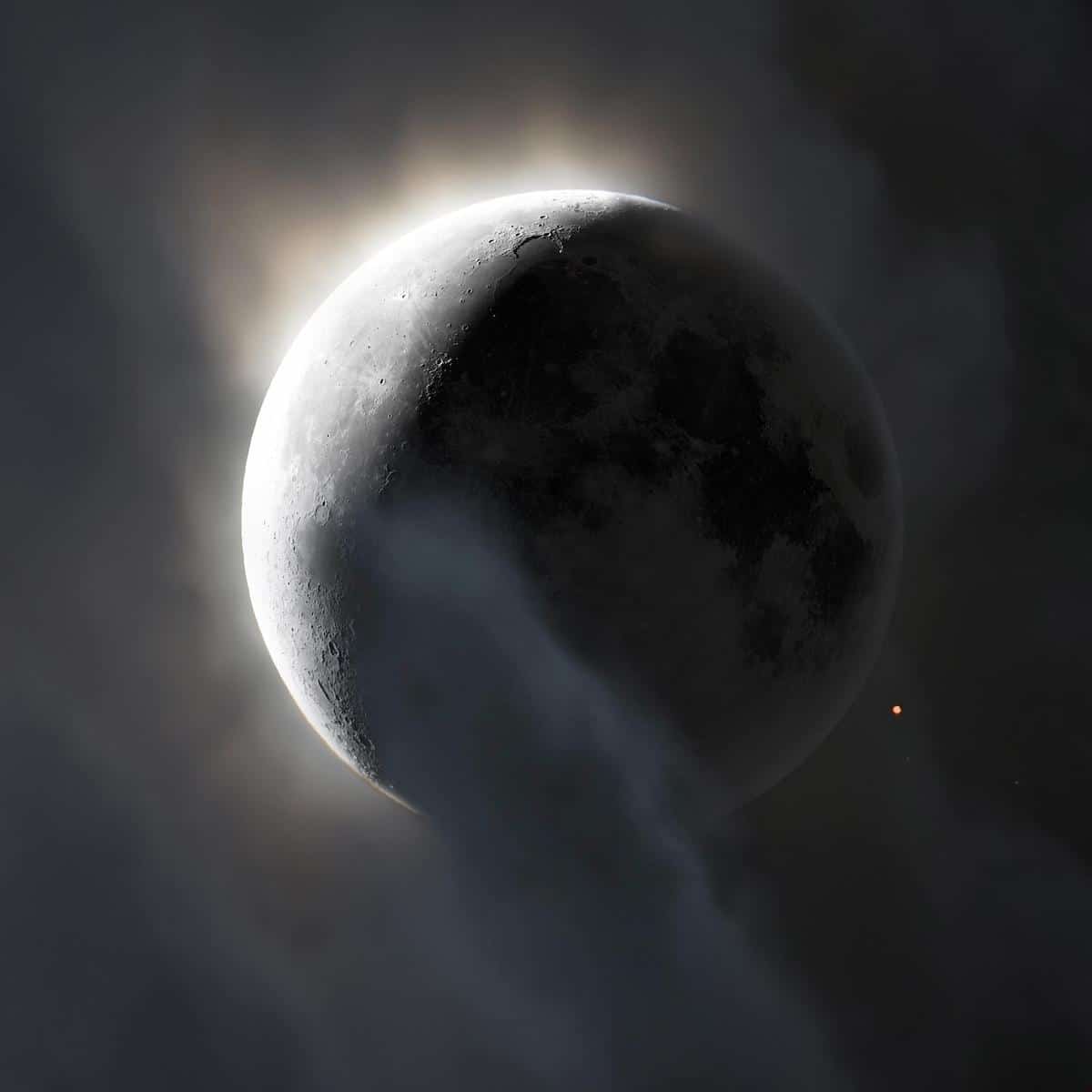 Astrophotographer Andrew McCarthy is always pushing his work to new levels. By capturing and stacking thousands of images—sometimes over 100,000—he's able to produce incredibly high-resolution photographs of the night sky. So it's no surprise that when important astronomical events come around, he's prepared. For instance, the recent lunar occultation of Mars was an opportunity too good to pass up, so McCarthy packed up his equipment and made sure he was ready.

Occultation is a phenomenon in which one celestial body passes in front of another. The type of occultations most people are familiar with are solar and lunar eclipses. But every once in a while, the Moon actually passes in front of a planet. Occurring only a few times in a decade, and visible in only certain parts of the globe, it's an exciting opportunity for any astrophotographer. In fact, McCarthy had the Martian occult circled on his calendar for months.

Despite his anticipation, McCarthy knew that photographing this event wouldn't be easy. From his location, he'd only be able to catch the end of the occultation, when Mars began moving out from behind the Moon. Unfortunately, the beginning wasn't visible to the photographer because it began before the Moon rose in the California sky. To make things even more difficult, once Mars disappeared behind the Moon there was only 15 seconds before it became visible again, so he needed to be quick in order to get the moment before it was too late.

The weather was also a big factor in this astrophotography shoot. For weeks, the forecast predicted clear skies. Unfortunately, that changed just two days out from the shoot when it was set to be cloudy both before and during the time that McCarthy needed to take his photographs. Still, he decided to take a chance and venture out to his set location anyway. After waking up at 2 am to ensure he'd be set up by the time the event ended at 4:30 am, he encountered some challenges in making the photograph happen. 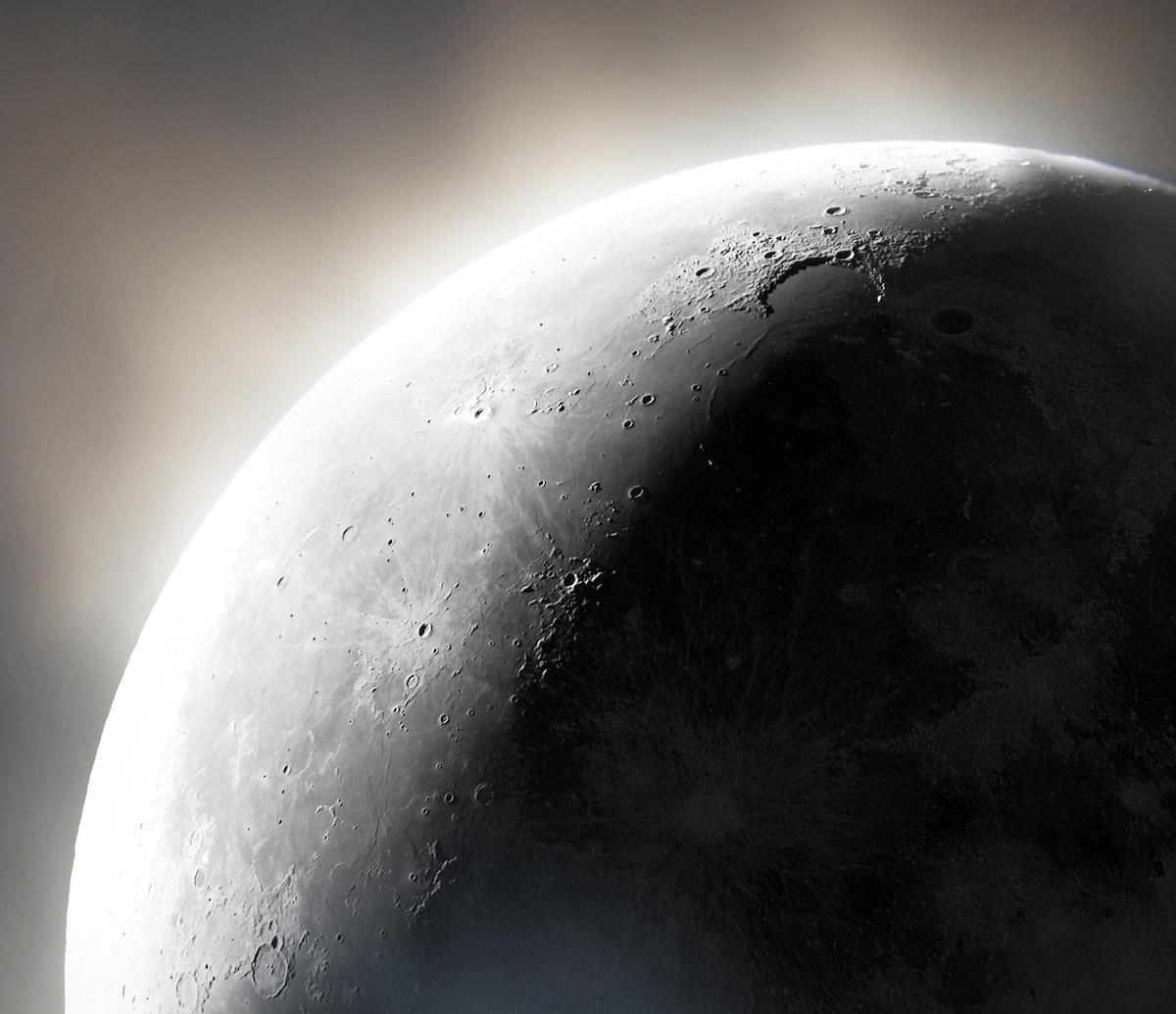 “When I arrived at my shoot location, I had complete cloud cover. Things can change at any time, so I still planned on setting up and taking my shots. However, this posed a few serious challenges,” McCarthy tells My Modern Met. “For one, setting up the mounts I used required ‘polar alignment' where I make sure the mount's axis is aligned with the Earth's axis to properly track the sky as it turns. This was impossible with cloud cover since it is done using the stars. I had to eyeball it, and plan on getting closer as soon as possible. The second challenge was focus—without stars to focus on, I had no way of knowing if my gear was in focus. Also, I couldn't figure out exactly where the Moon was to ensure I could get a shot right as clouds broke.”

To make things even more challenging, McCarthy needed to polar align, focus, and aim two telescopes the moment the Moon broke through the cloud cover. With just a few precious seconds to make it all happen, he thankfully used his experience and shot off thousands of images just after the occultation.

Once he got back home, McCarthy was able to blend and stack about 3,000 single frames for this stunning view of the Moon with Mars appearing as an orange dot just to the right. For all the difficulties that the weather presented, the sweep of clouds that surrounds the Moon adds a new depth and dimension to the picture. Even McCarthy was impressed by the overall effect, stating that the clouds looked “as if nature took a paintbrush to contribute to the photo.” 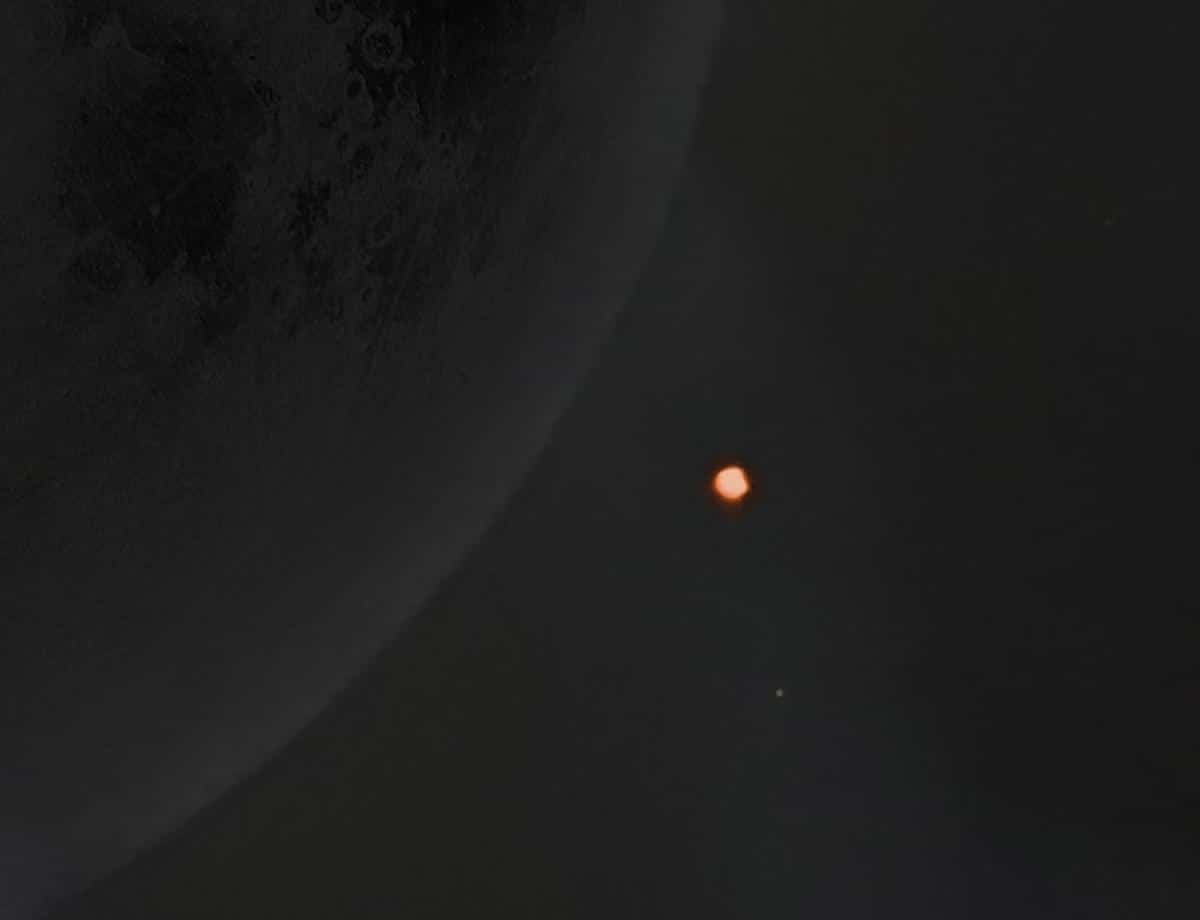 The backyard astrophotographer also shared some of the single frames he used to create the final photograph.

Fought with clouds little a bit, but there it is. Mars and the Moon, immediately after the occult. #marsoccultation #space #astrophotography #meadeinstruments #opteam

Wowed by the end result? Share
Like My Modern Met on Facebook
Get Our Weekly Newsletter
Become a
My Modern Met Member
As a member, you'll join us in our effort to support the arts.
Become a Member
Explore member benefits