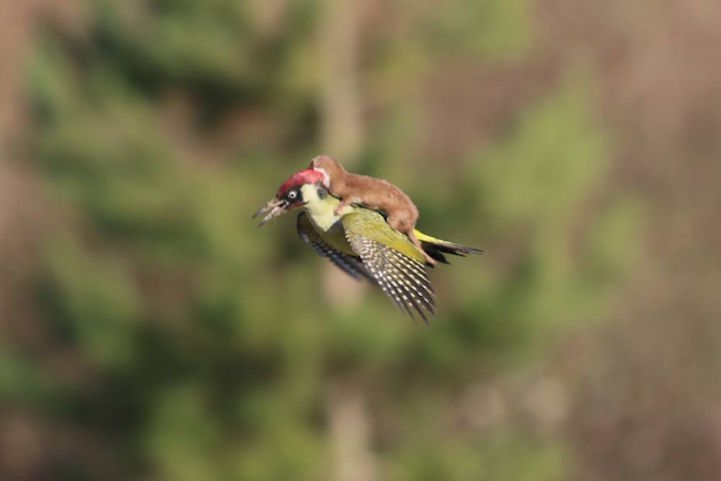 Chances are, you might've already seen this incredible photograph by Martin LeMay. It's the unforgettable sight of a weasel clinging to the back of a woodpecker in midair. LeMay and his wife encountered the two creatures while walking in a park in London. Although the weasel was trying to attack the bird, the couple's presence distracted them and the woodpecker was able to escape.

The amazing image quickly went viral and sparked the creativity of the Internet. Not long after the photo was posted, it spawned a hilarious meme called #WeaselPecker. Twitter users started Photoshopping a miniaturized Miley Cyrus (on her wrecking ball), Vladimir Putin, and John Travolta onto the dynamic duo, sometimes removing the weasel all together. The absurd results are both creative and really funny.

Here are some of our favorites. To see more of the meme, check out the WeaselPecker hashtag on Twitter.

Above: Original Photo by Martin LeMay 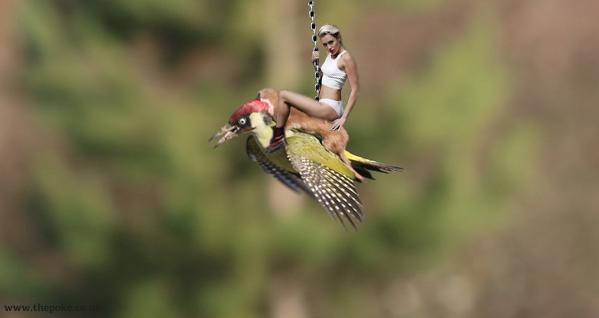 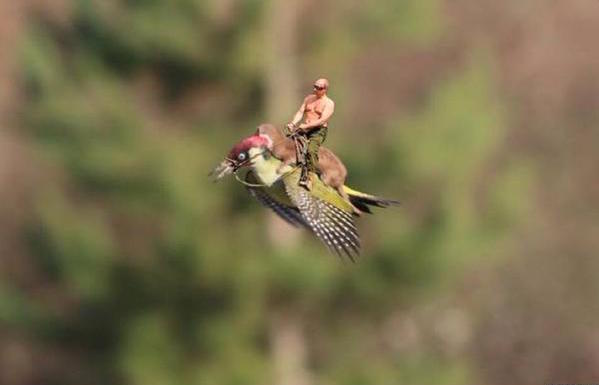 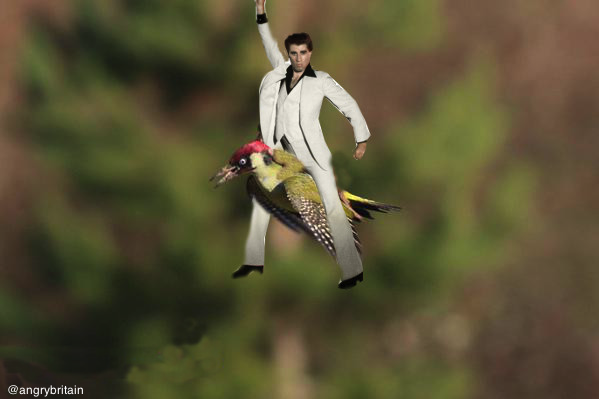 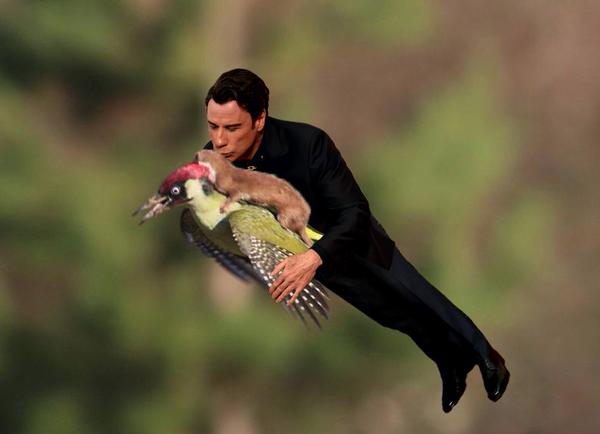 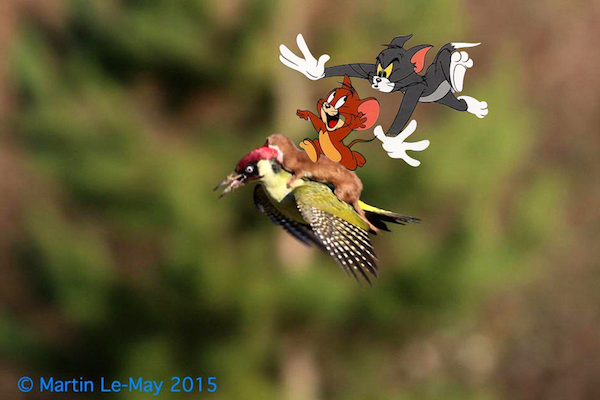 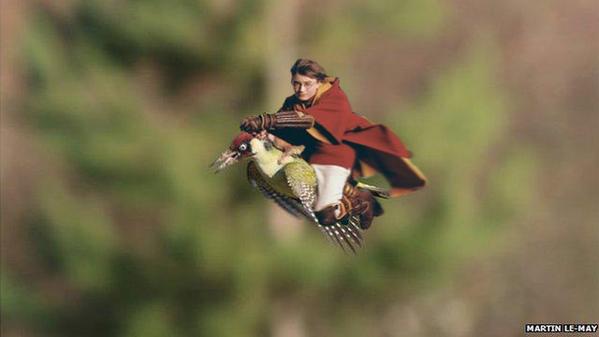 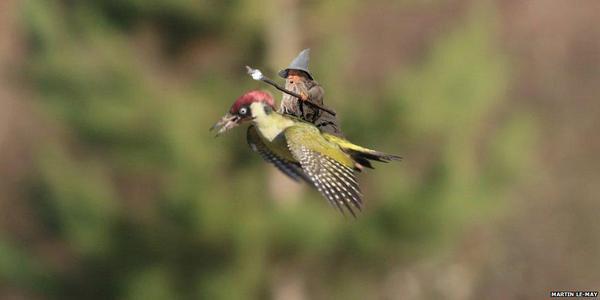 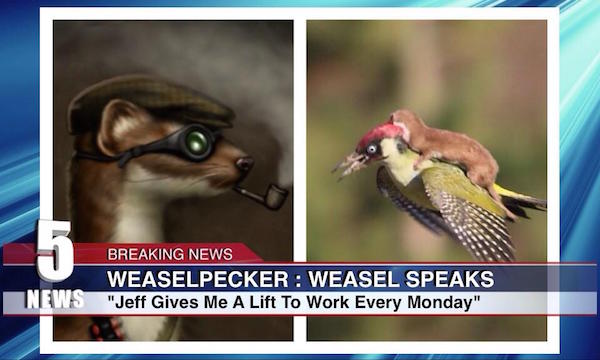