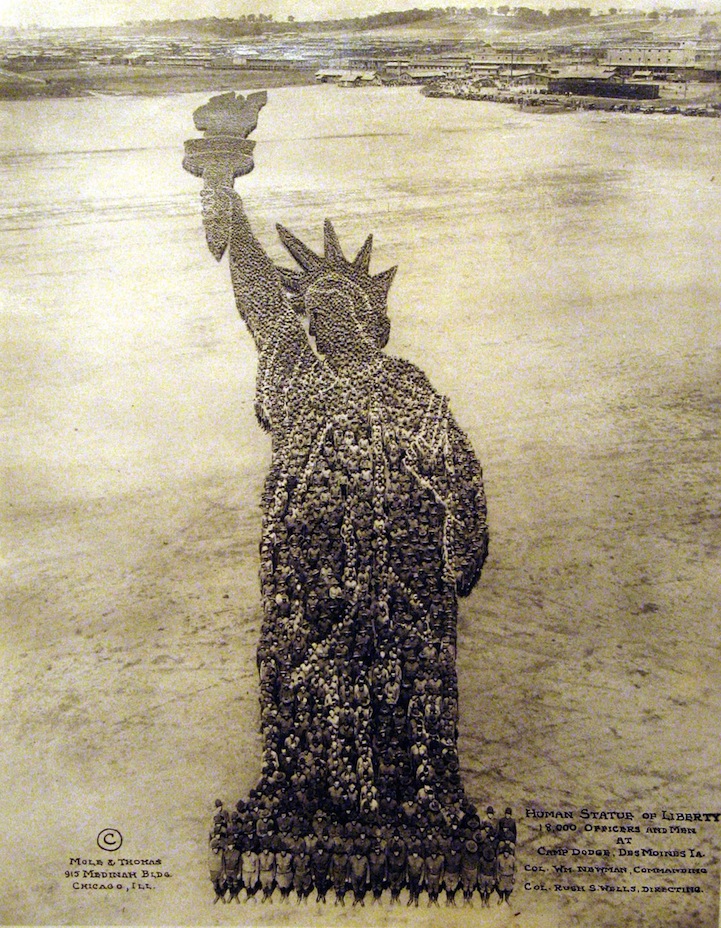 It's almost impossible to comprehend the scale of these historic photographs by Englishman Arthur S Mole and his American colleague John D Thomas, who were commissioned by the US government to take the pictures as a way to raise morale among the troops and raise money by selling the shots to the public during WWI.

Mole and Thomas were the first to use a unique technique to beat the problem of perspective after they devised a clever way of getting so many soldiers in the pictures. Joseph explains: “Arthur was able to get the image by actually drawing an outline on the lens, he then had the troops place flags in certain positions while he looked through the camera. It would take a week to get all the outlines right, but just 30 minutes to move all the men into position to take the shot. It must have been amazing to watch.”

What's makes the story even more fascinating is that instead of profiting from the sale of the images produced, the photographers donated the entire income derived to the families of the returning soldiers and to this country's efforts to re-build their lives as a part of the re-entry process. 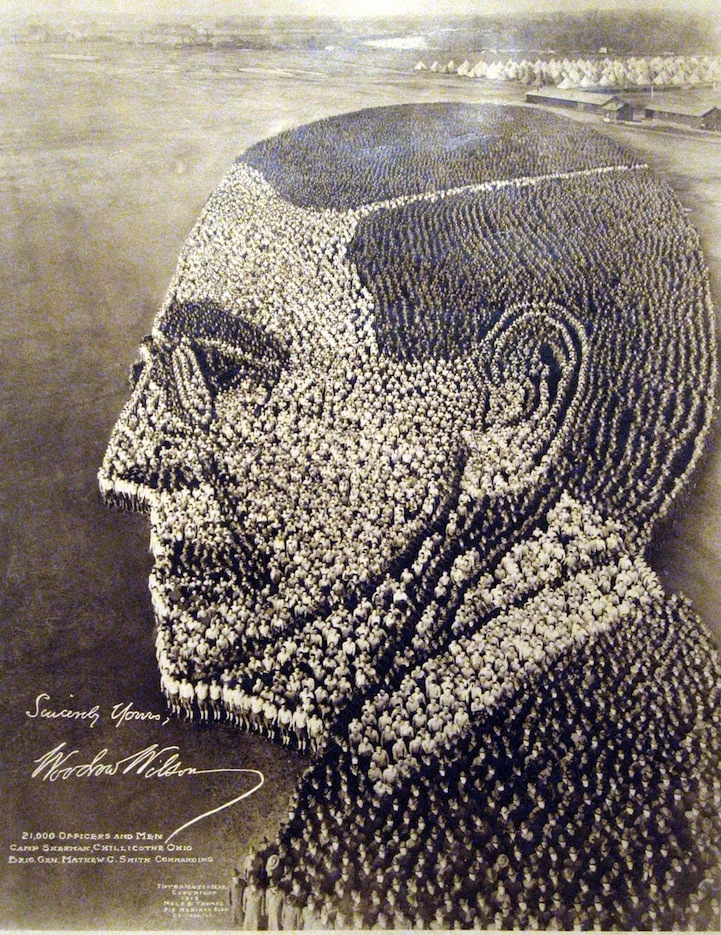 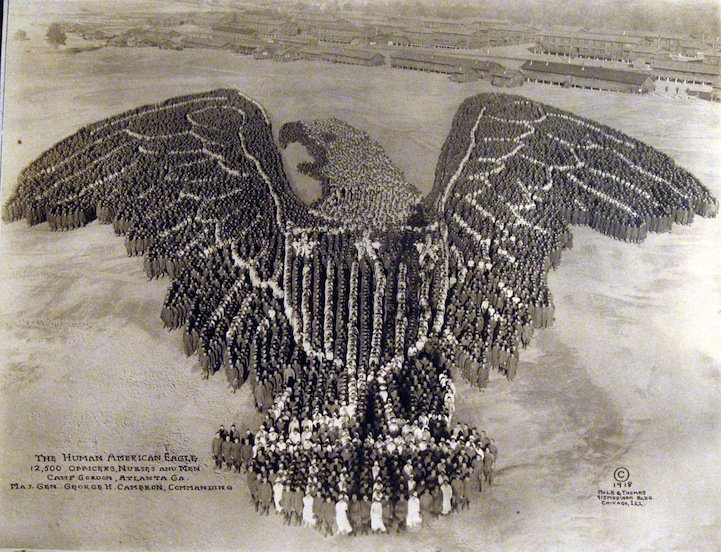 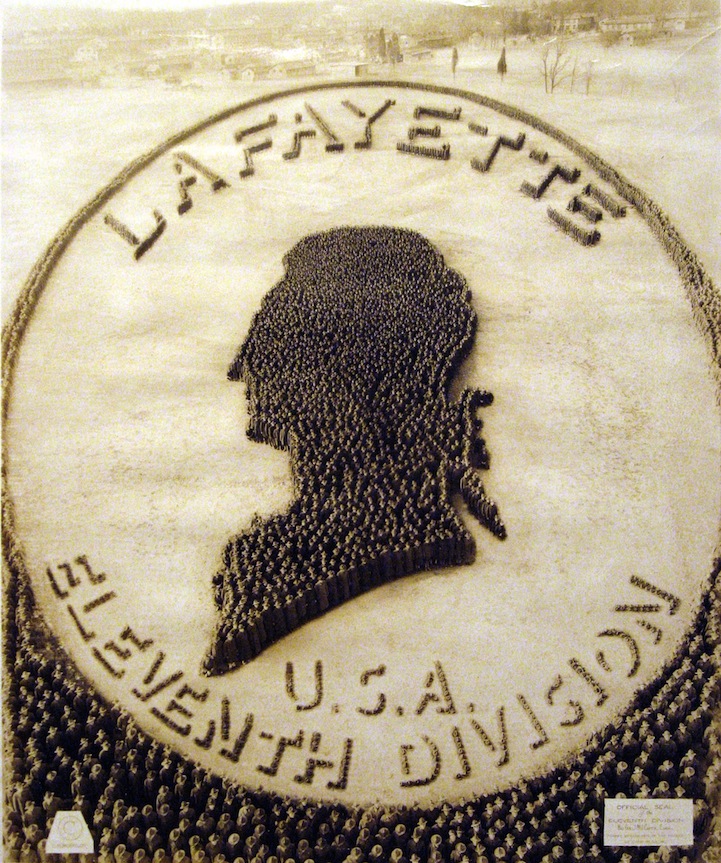 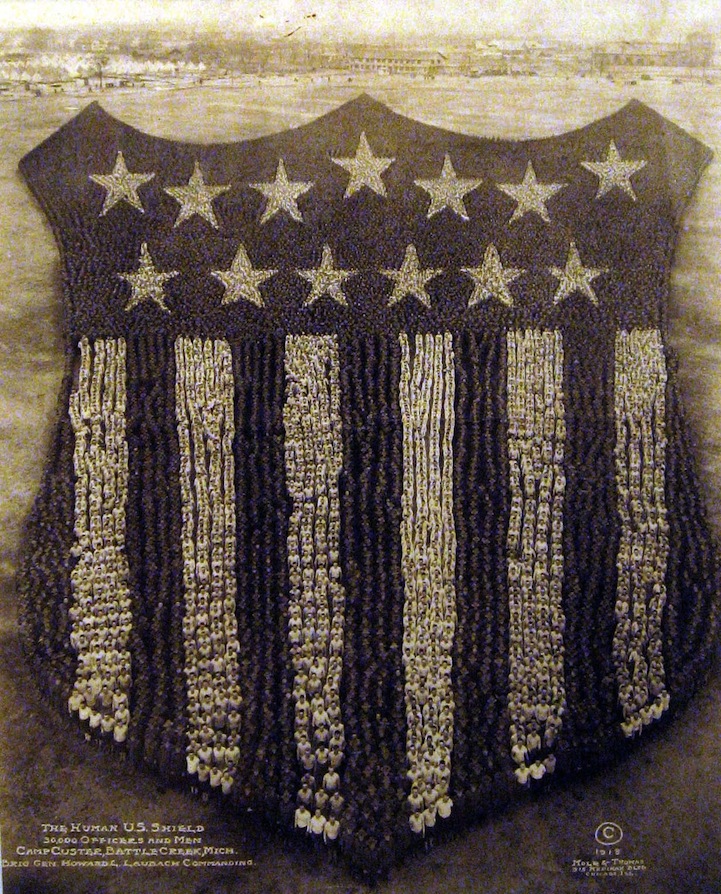 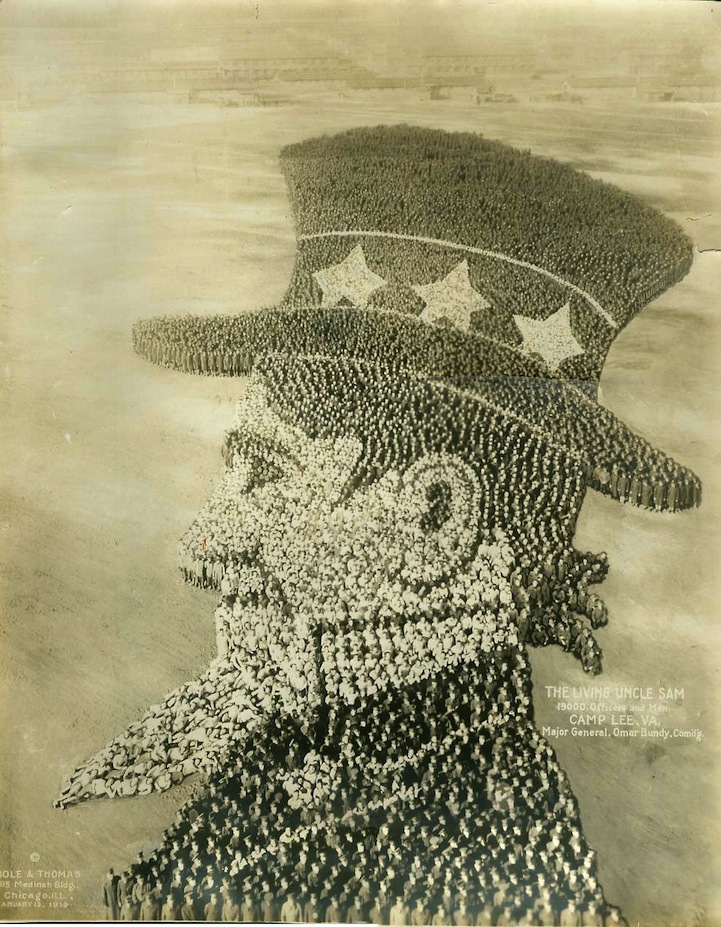 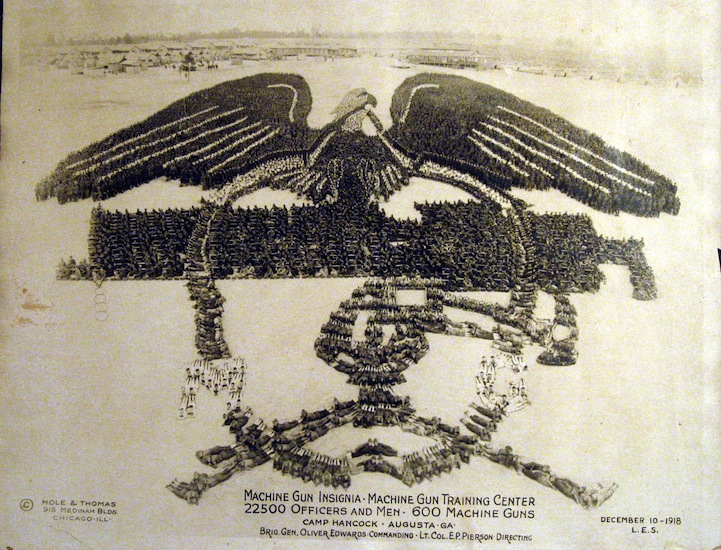 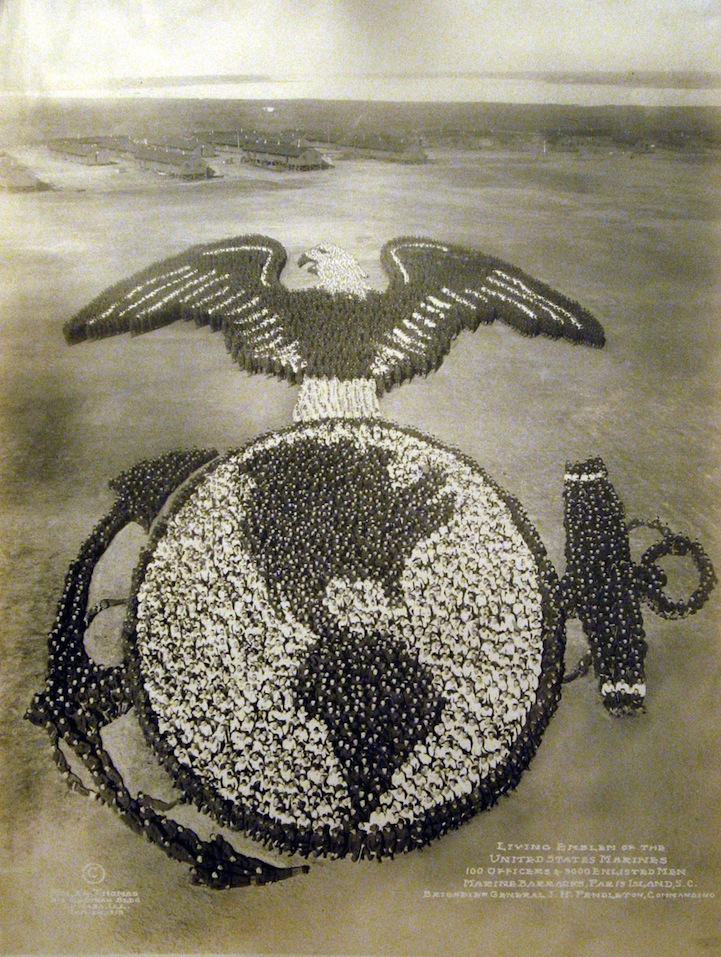 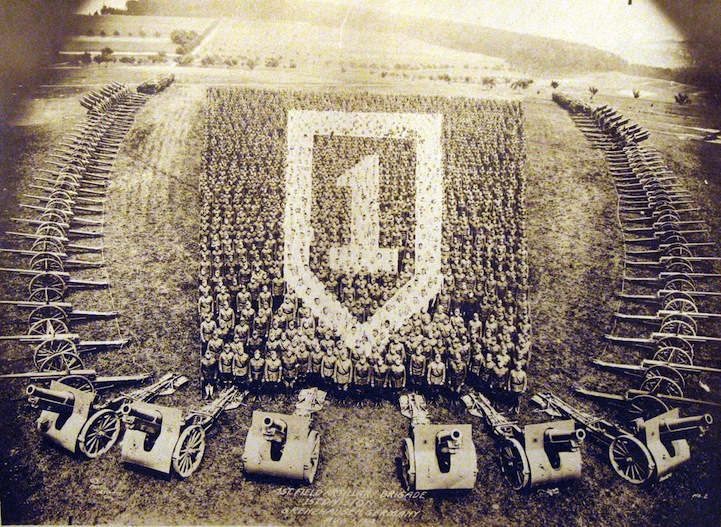 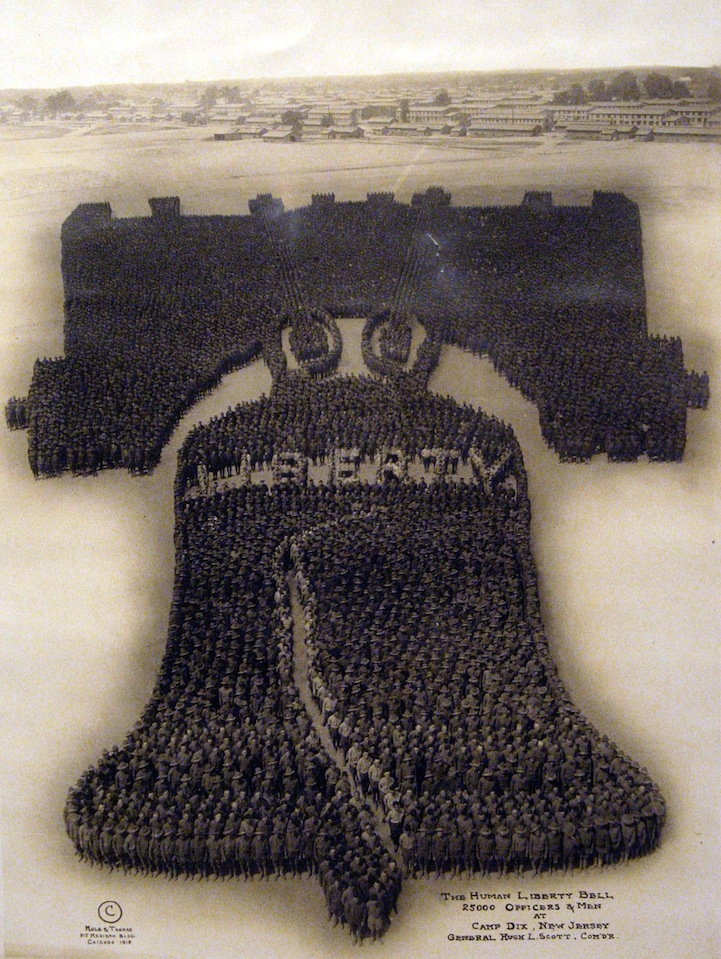 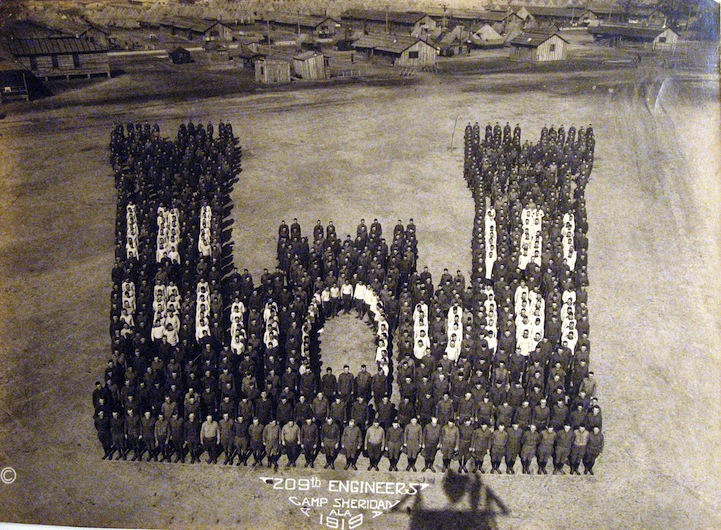