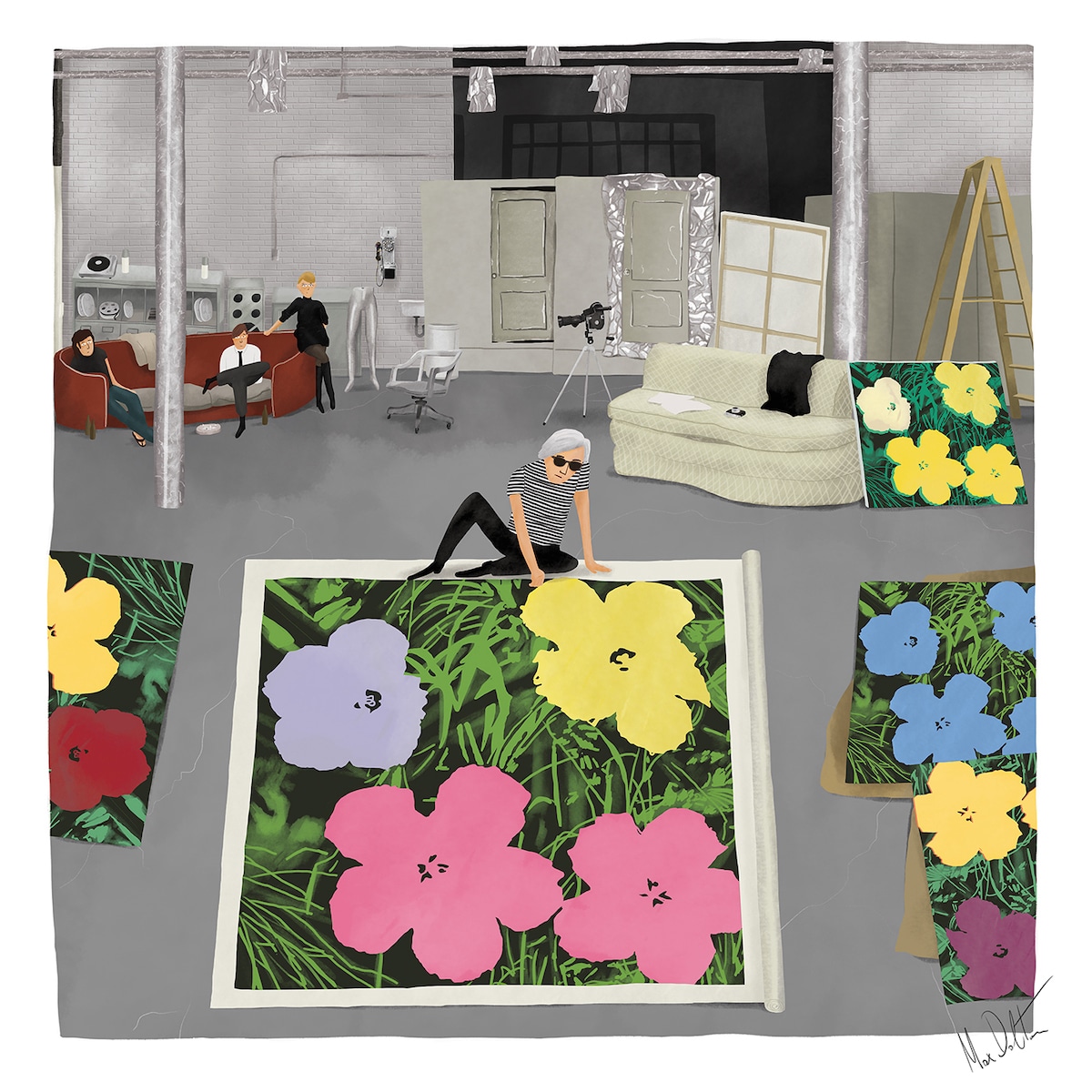 Andy Warhol
This post may contain affiliate links. If you make a purchase, My Modern Met may earn an affiliate commission. Please read our disclosure for more info.

We can learn so much about an artist’s practice from their studio space. These places are the site of creative magic; and sometimes, they even show up in the work itself. Jackson Pollock, for instance, had bits of his studio—including cigarette butts and nails—embedded within his paintings. Illustrator Max Dalton captures these exciting and transformative spaces in his series of paintings featuring artists in their studios. His pieces include a portrait of the artist as well as iconic works that we associate with them.

Each charming image is ripe with details about the artist, which is the result of extensive research by Dalton. And despite painting the artist, his focus is less on the person and more on the space they occupy. “Curiously, all the studios have interesting stories behind them and they are deeply connected to the artist’s work,” he tells My Modern Met.

From Picasso’s palatial studio that resembles a museum to Warhol’s experimental warehouse, Dalton highlights the importance of these places in the development of a creative’s career. “Take for instance Jackson Pollock,” he says. “His work took a radical turn when he moved his studio to the barn next to his house in East Hampton and started to paint on the floor. Perhaps all the paintings that he’s famous for would be completely different if he hadn’t made that move.”

Dalton plans to include this collection of paintings into a book. We spoke with Dalton more about this series, as well as his plans for future artists. Scroll down to read Dalton's exclusive interview with My Modern Met. 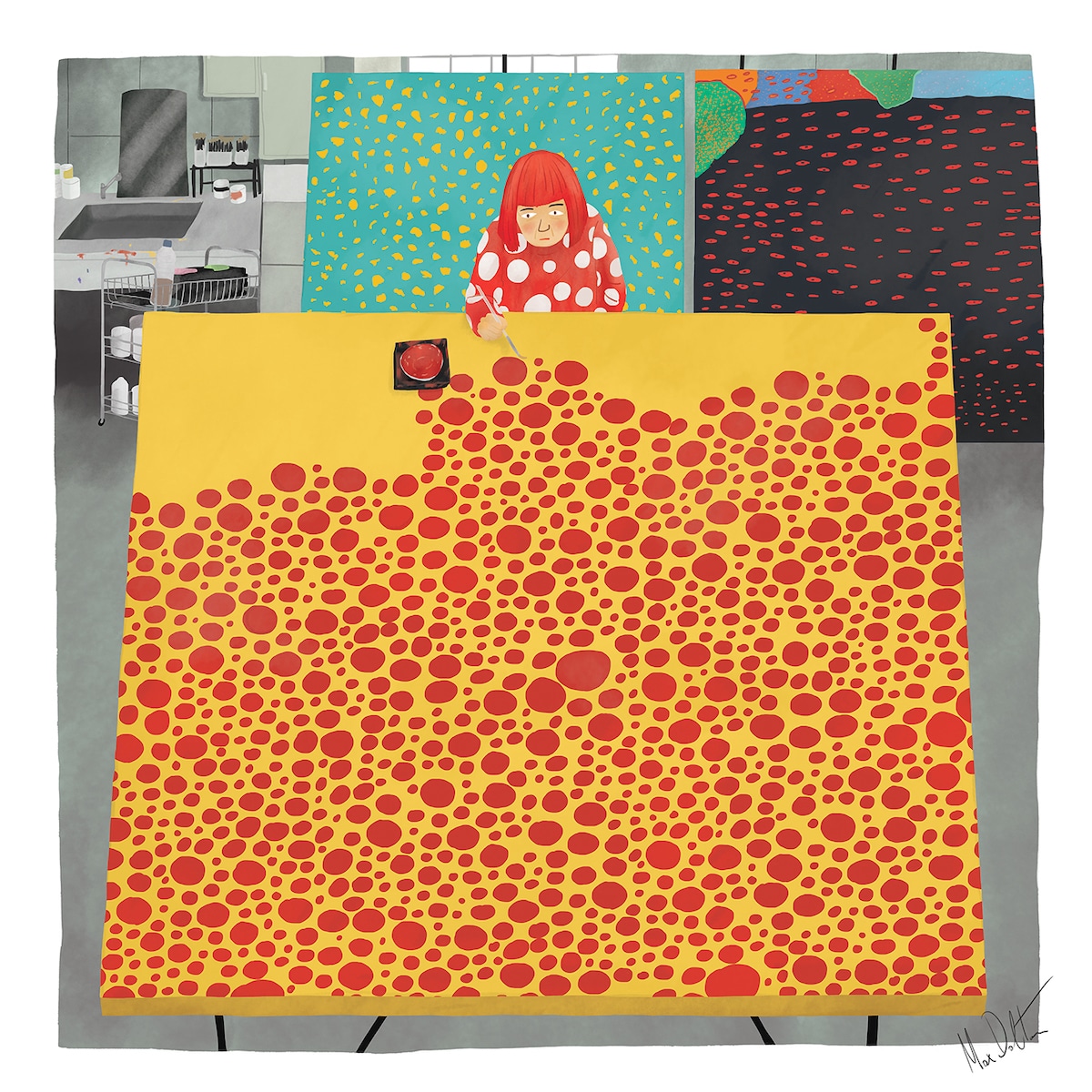 What is your artistic background?

I’m mostly self-taught in art. I did take a few months of a course of classical oil painting when I was 17 with Kenneth Kemble, a local abstract artist that lived nearby and that used to be a student of the cubist painter André Lhote in Paris during the 1950s. Other than that, I guess I’ve learned to draw from books and studying artists that I admire. 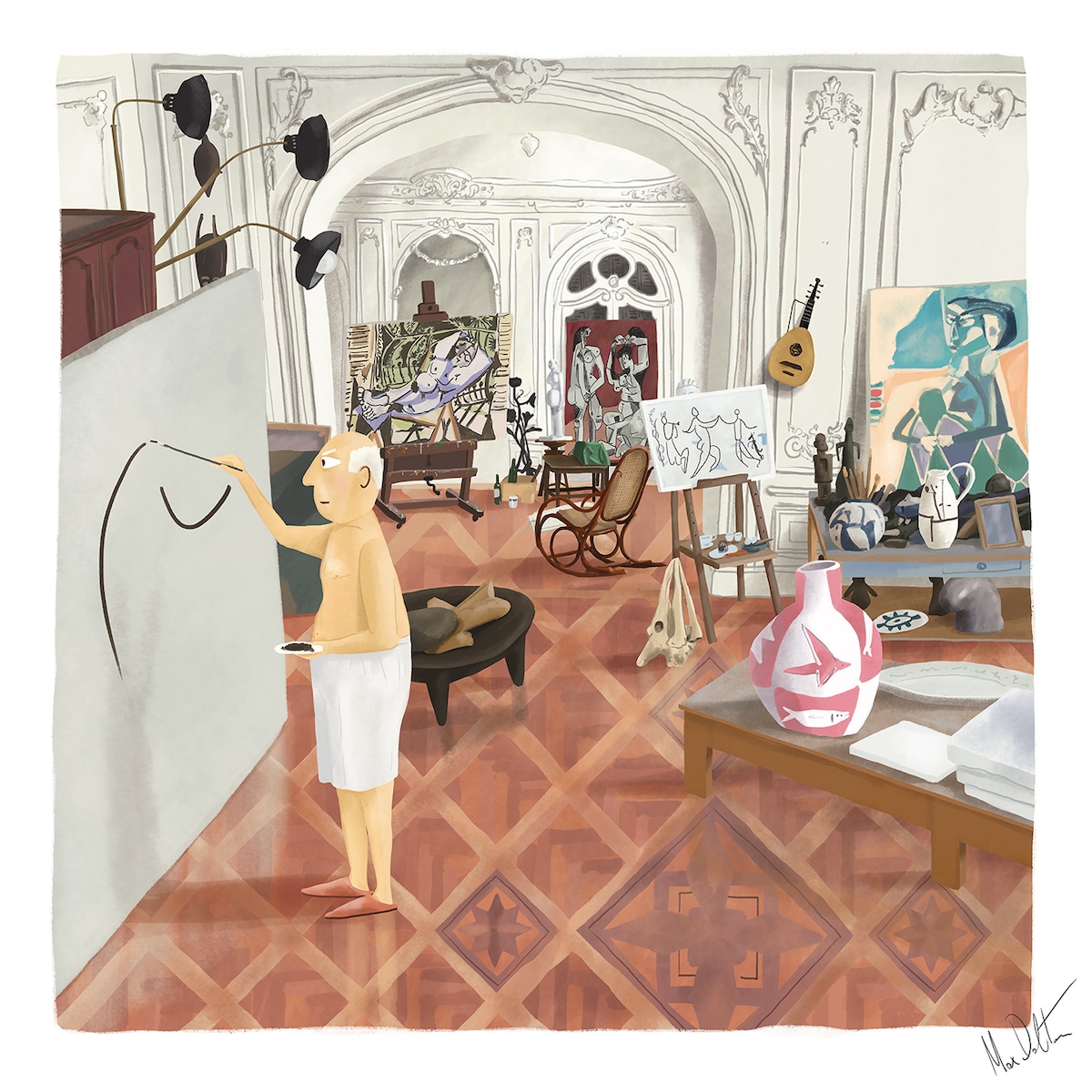 How did you come up with the idea of depicting famous artists in their studios?

I’m showing these images for the first time as stand-alone artworks for my current exhibition at My Art Museum in Seoul, South Korea. But all those illustrations were planned for a book that I’m also writing. The book is actually focused more on the locations than on the artists themselves. Curiously, all the studios have interesting stories behind them and they are deeply connected to the artist’s work. Take, for instance, Jackson Pollock. His work took a radical turn when he moved his studio to the barn next to his house in East Hampton and started to paint on the floor. Perhaps all the paintings that he’s famous for would be completely different if he hadn’t made that move. Another example: if you go to Port Lligat, in Catalunya, you’ll understand Dalí’s work a bit more. The light there is the same light that you see in his paintings. I’m sure that he wouldn’t have done the same work in a small apartment in Manhattan.

I believe the idea came first when I saw many years ago Francis Bacon’s studio, which is rebuilt at the Hugh Lane Gallery in Dublin. I’ve always been attracted to his work and when I saw the studio, I thought, “Well, this makes sense.” I could find a direct connection between what I saw in his work and the environment that he worked in. In that case, I believe they were both consequences that paired after his particular childhood. 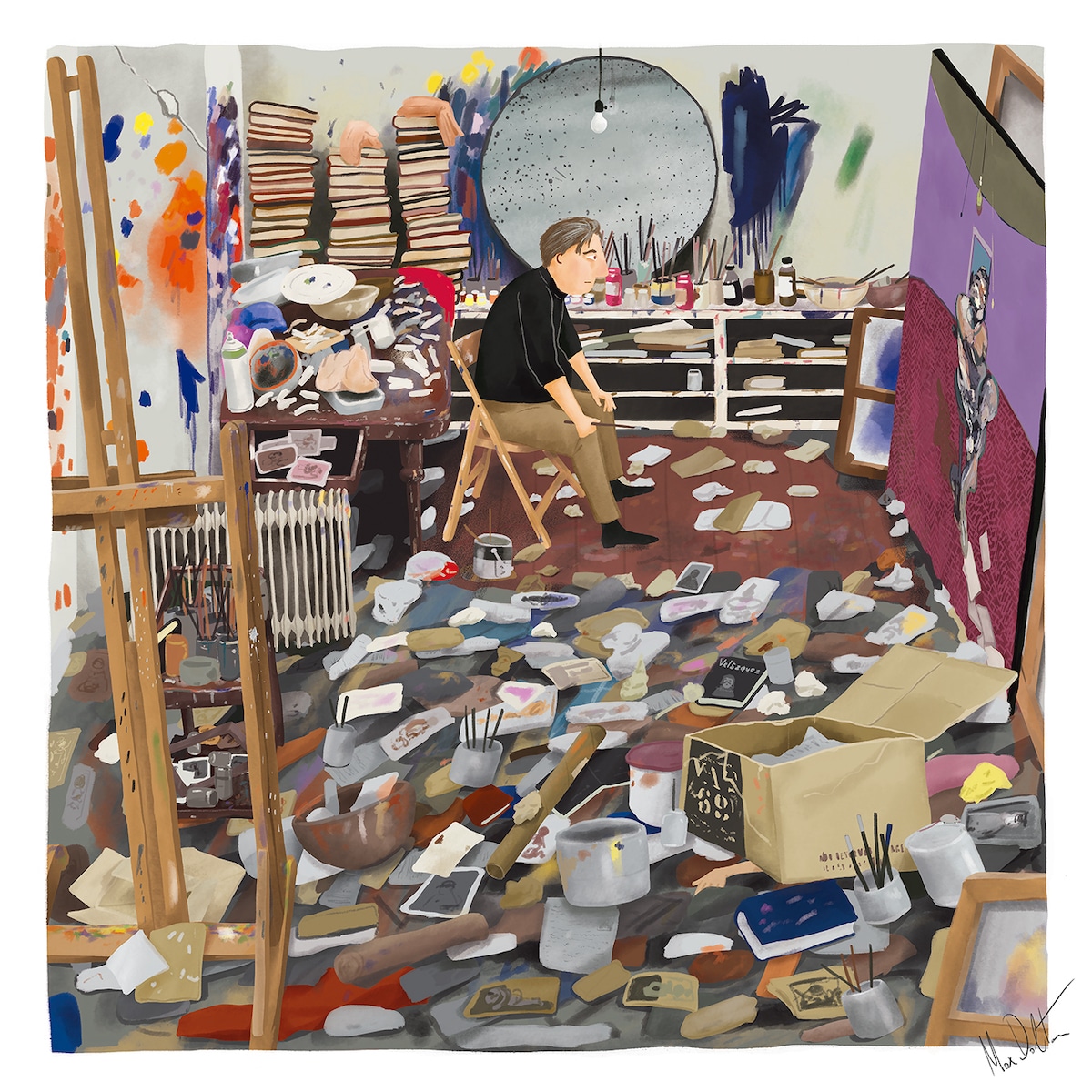 What kind of research goes into this project?

I’m constantly looking for reference images of the studios and reading a lot about the artist's lives and the places where they worked, expecting to find interesting stories that connect them to those places. If I find the exact address of the studio, I can’t help to look for it on Google street view—if I can’t visit in person—and walk around the neighborhood, trying to imagine how it looked like back then and what they saw every day. I don’t know if that helps for the artwork but it’s fun to do.

Do you have plans to depict more artists?

Yes, the images shown at the exhibition are just a small part of the series of studios that I have in mind. I’m planning Duchamp, Klimt, O’Keeffe, Magritte, Frankenthaler, Motherwell, Varo, Carrington, Dalí, Haring, and many more. 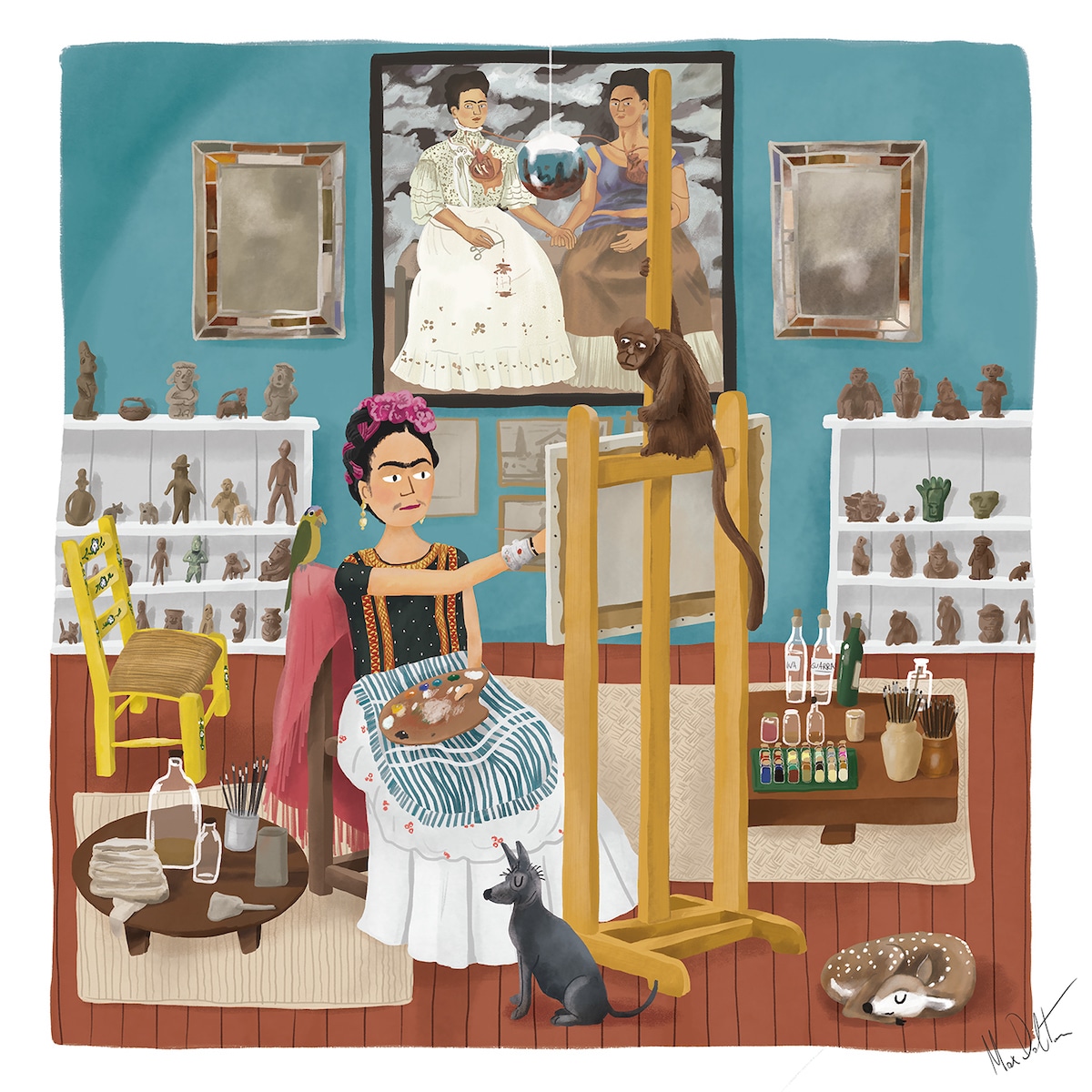 Your work often features interior spaces. What is your favorite thing (or things) about depicting these types of scenes?

I don’t know. Maybe I do that because indoors is my natural environment. I don't go out very much and my house and studio is a sort of sanctuary where I recreate the world in a way that I like. Perhaps I often do the same on my illustrations.

What are some tips you’d give to those who are trying to find their own artistic voice?

First of all, don’t work for the viewers, work for yourself. If you’re making—for instance—a poster, do something that you would hang on your wall, don’t imagine your ideal person liking it. My worst illustrations are those when I was trying to please someone else, be that an art director or an imaginary viewer.

Don’t be afraid to have influences. Everybody started emulating someone else. Think that you’ve learned to speak by imitating the sounds that you heard from your parents and then you naturally developed your own voice and perhaps later your personal way to use that voice. It’s the same in any artistic discipline, I believe.

Work every day. If your career as an artist is important to you, put your social life in a second place. Although, if you’re an artist you probably won’t have a social life already. Unless you’re Andy Warhol, he got away with it.

Finally, keep going. A style is built after repeating something over and over. It doesn’t matter if nobody wants to hear what you have to say, or if you have 10 followers on social media. That doesn’t mean that you’re not good. Just keep going. 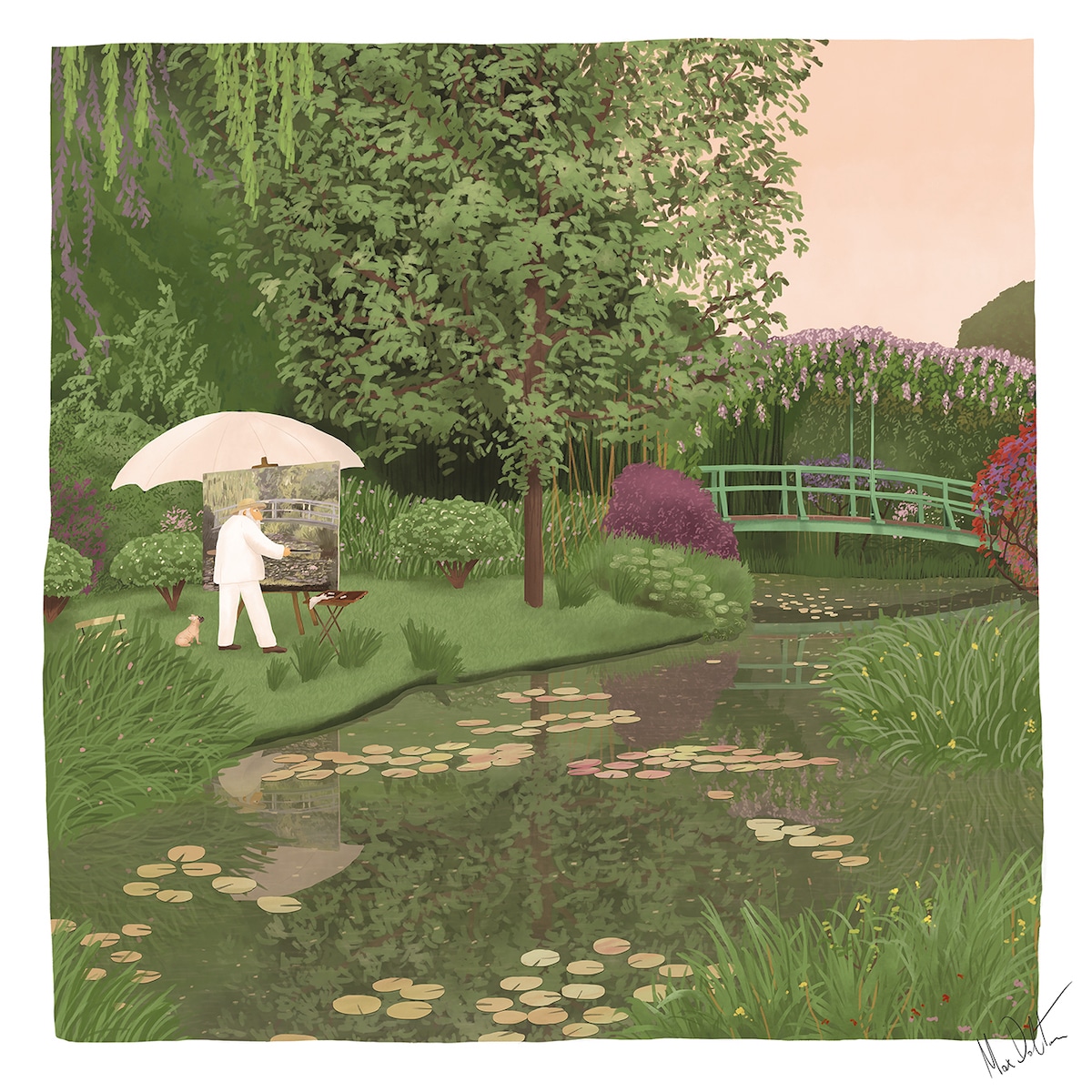 Who are the artists who have influenced your work?

Who are some contemporaries inspiring you today?

Of today’s artists I wouldn’t say that they’re inspiring me, but I like Mark Ryden, Franco Mattichio, Kadir Nelson, Malika Favre, Chris Ware. (I would like to say more but I don’t remember right now.) 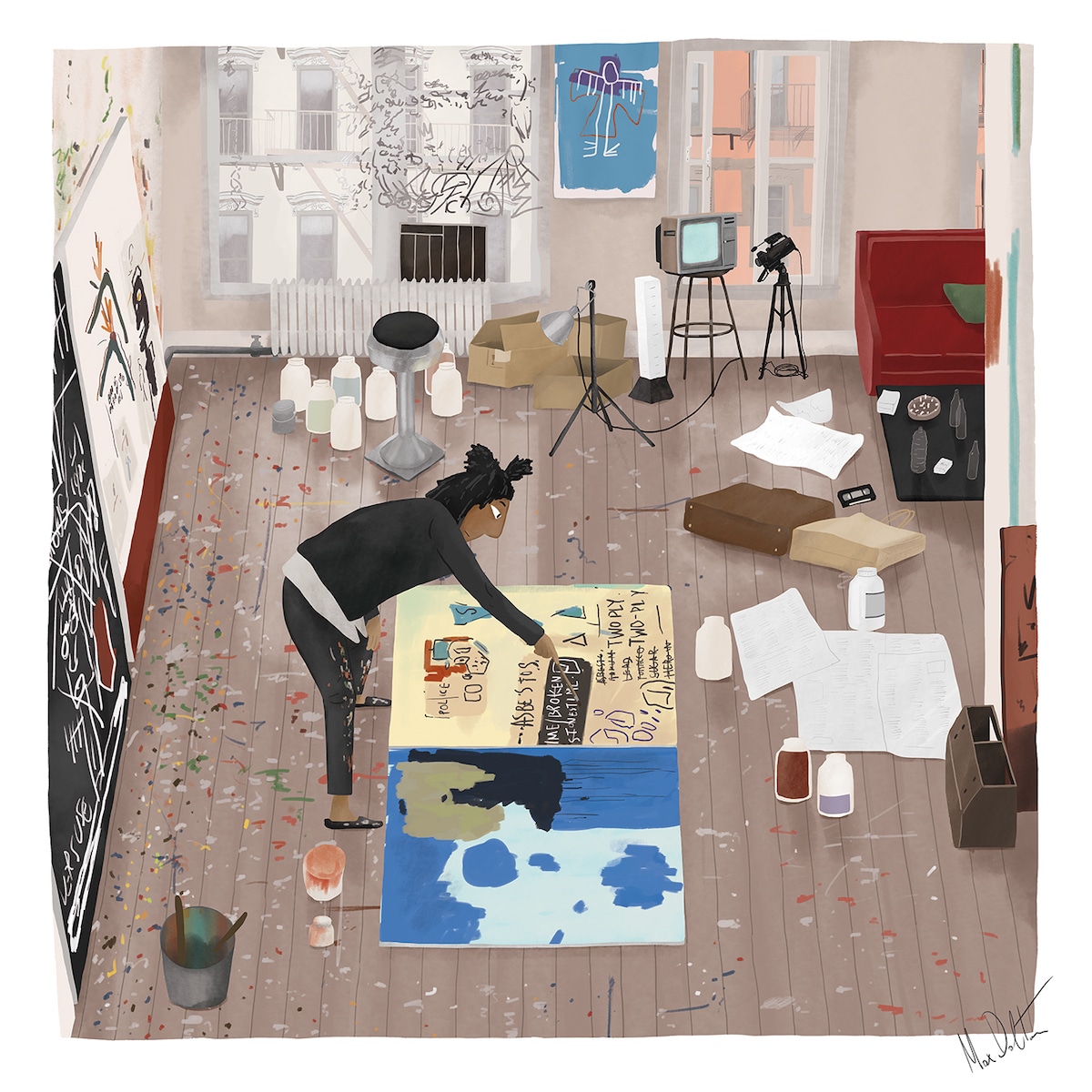 What’s next for you? Anything exciting you can tell us about?

Well, my artists' studio book is an important project. I don’t know when it’s going to be published because it takes me a lot of time to research and write all the texts. I’m also designing the book, so it’s gonna be a while.

There’s also a Wes Anderson Collection book coming, The French Dispatch, that is in production and so far it’s looking great. 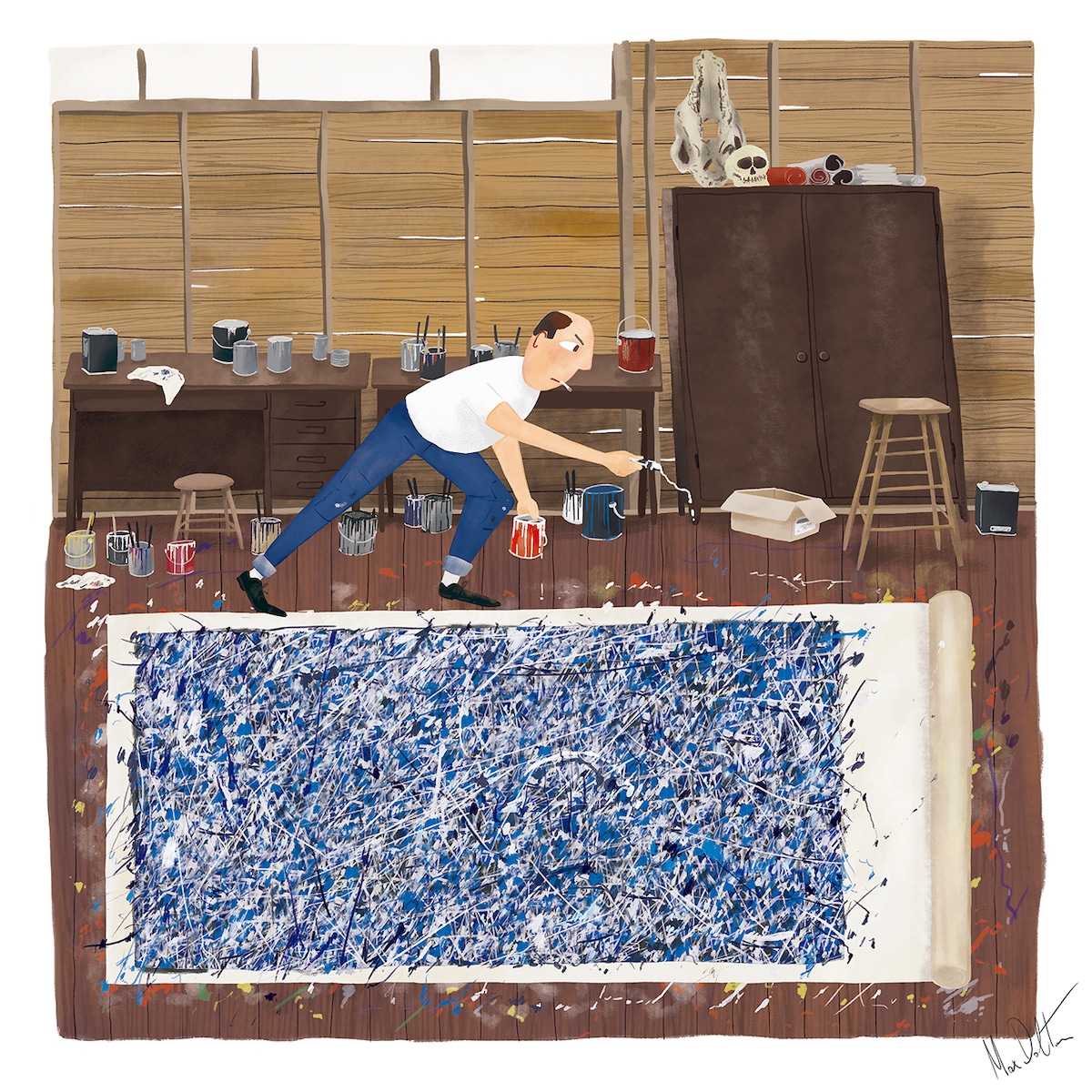 Like these paintings? Share
Like My Modern Met on Facebook
Get Our Weekly Newsletter
Become a
My Modern Met Member
As a member, you'll join us in our effort to support the arts.
Become a Member
Explore member benefits 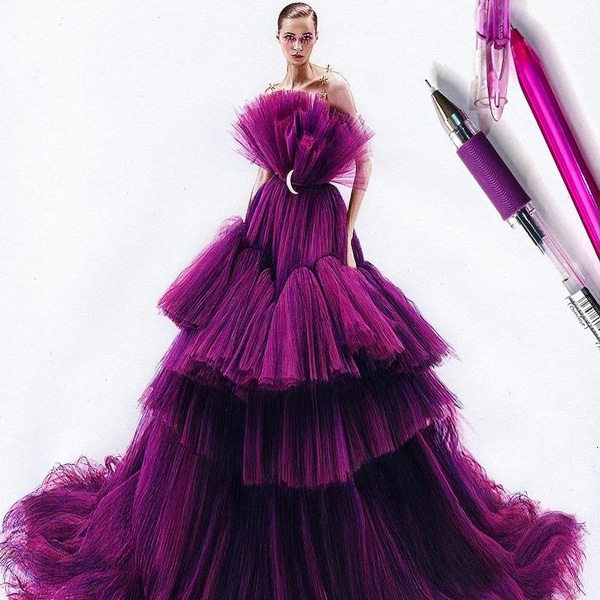 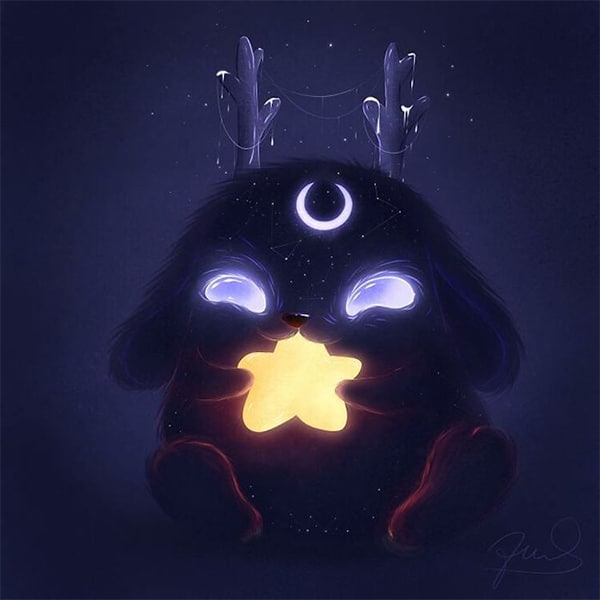 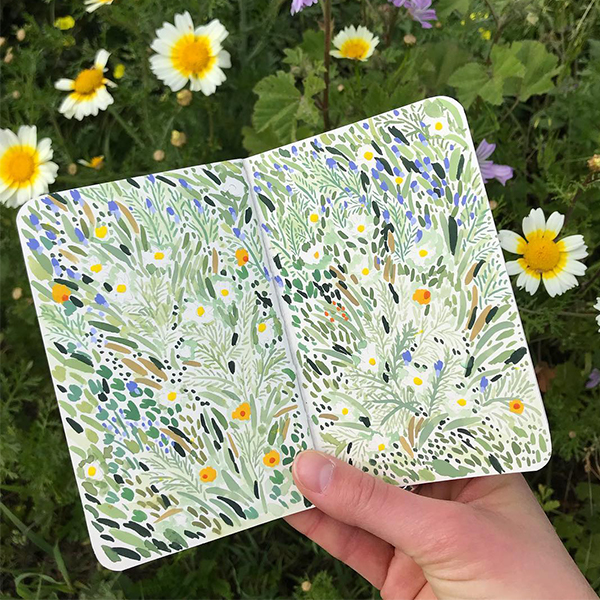 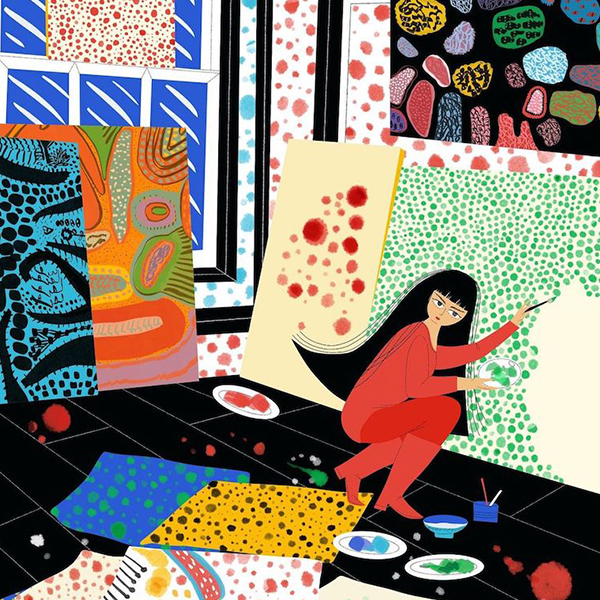 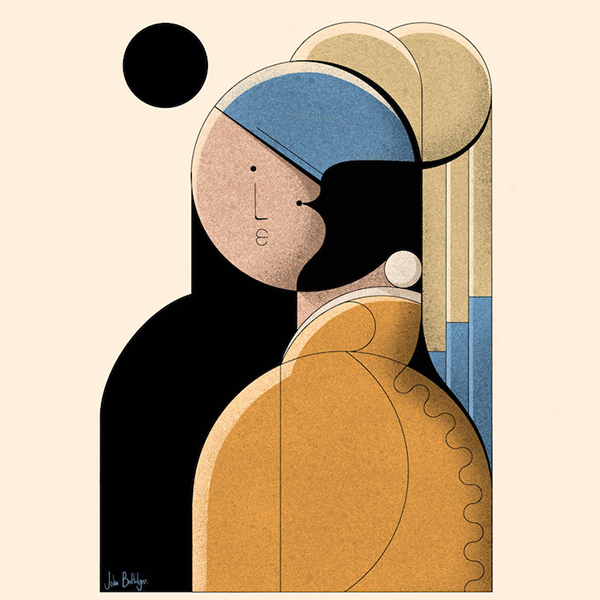 Famous Paintings Reimagined as Fun Illustrations Made With Geometric Shapes 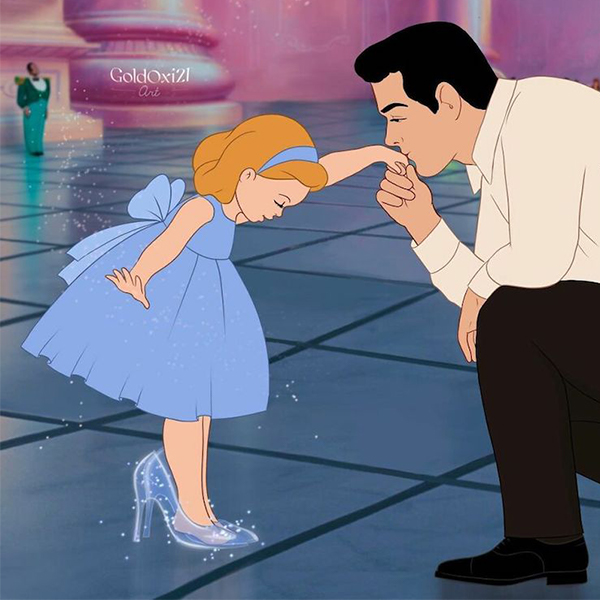