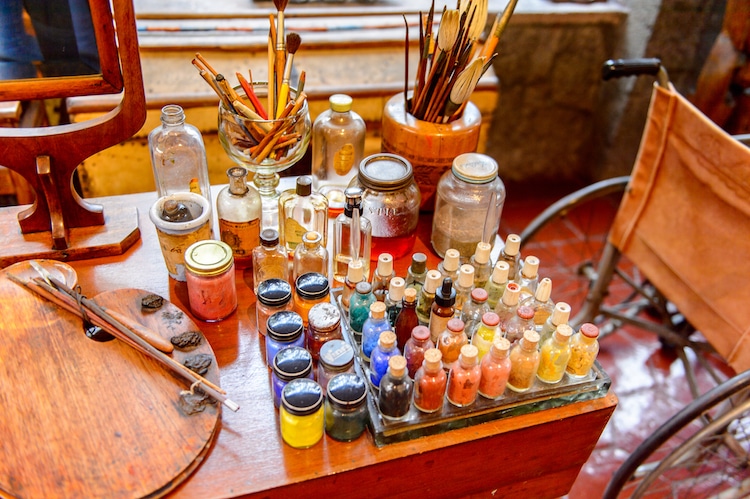 There are many ways you can familiarize yourself with the life and work of famous artists. While studying their oeuvres and seeing their work in museums is a great start, nothing is quite as revealing as a glimpse inside their workspaces.

By exploring artists' studios, we can get a feel for their creative approach; from the way they chose to arrange their art supplies to the view from their desk, the details found in their surroundings help paint a picture of their practice. While most artists' ateliers either have not survived or exist behind closed doors, some are open to the public—and most have even stayed true to the artists' visions.

Here, we present an intimate glimpse into eight famous artists' studios you can visit today. 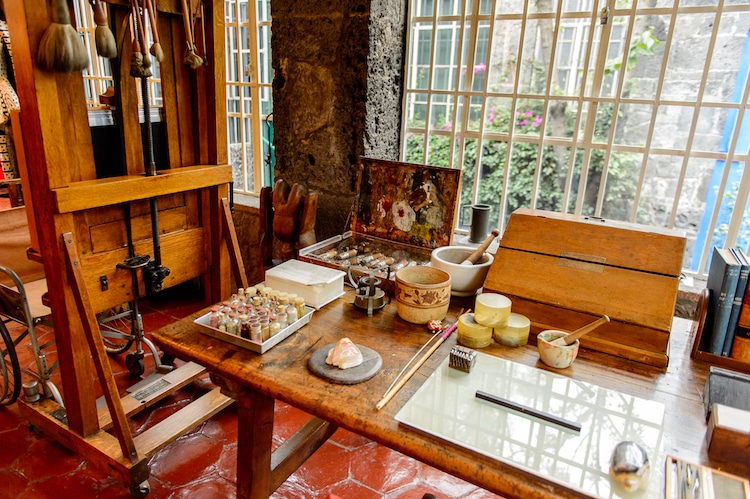 In 1904, Frida Kahlo‘s father built a house in colorful Coyoacán, Mexico City. Eventually affectionately known as La Casa Azul (“The Blue House”), this abode would be where the famed Mexican artist was born, lived, and died—as well as the site where she created many of her most famous masterpieces.

Today, visitors to the house-turned-museum are welcome to explore its verdant courtyard and vibrant rooms, including Kahlo's real-life second-floor studio. Built in the 1940s by her husband, Diego Rivera, this workspace looks just as Kahlo left it; on top of her original furniture and half-used art supplies, the studio even houses her actual wheelchair. 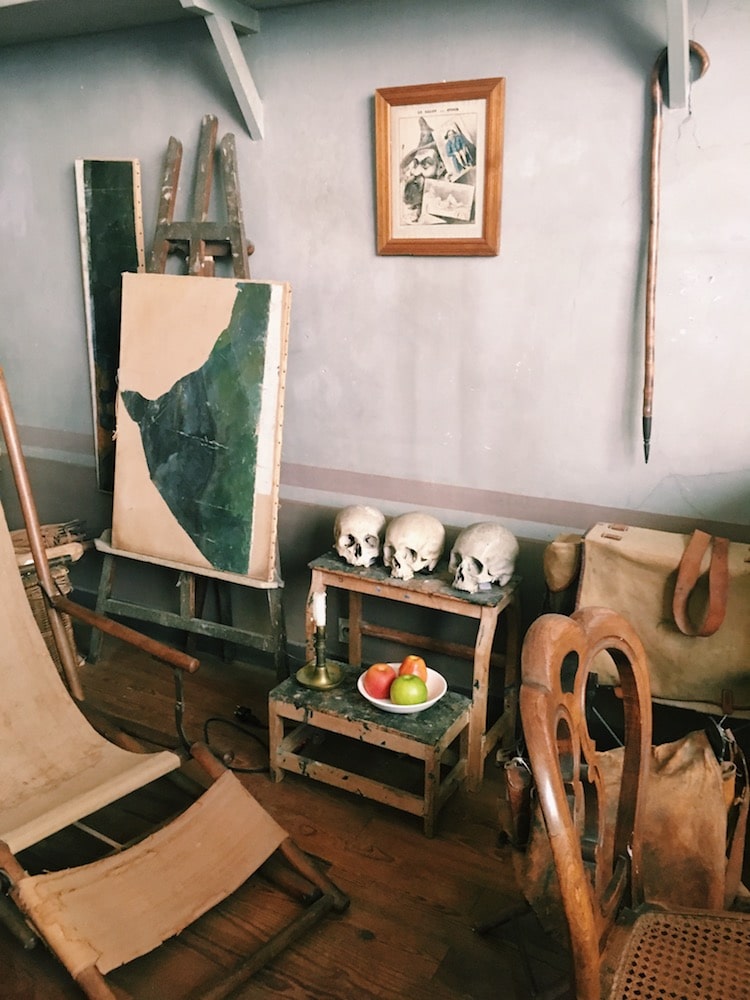 French Post-Impressionist painter Paul Cézanne found ample inspiration in Aix-en-Provence, his place of birth. In 1902, he even bought a farmhouse nestled in the forest and converted it into a sunlit studio. Here, he completed several pivotal paintings from his oeuvre, as he found that he “can work better there than in the city.”

Today, visitors to the area can stop by his studio. Like Kahlo's Casa, the Atelier de Paul Cézanne features the artist's original furnishings and painting supplies, as well as the props and models featured in some of his iconic paintings, including his quaint Still Life with Plaster Cupid and Memento Mori still life paintings of skulls. 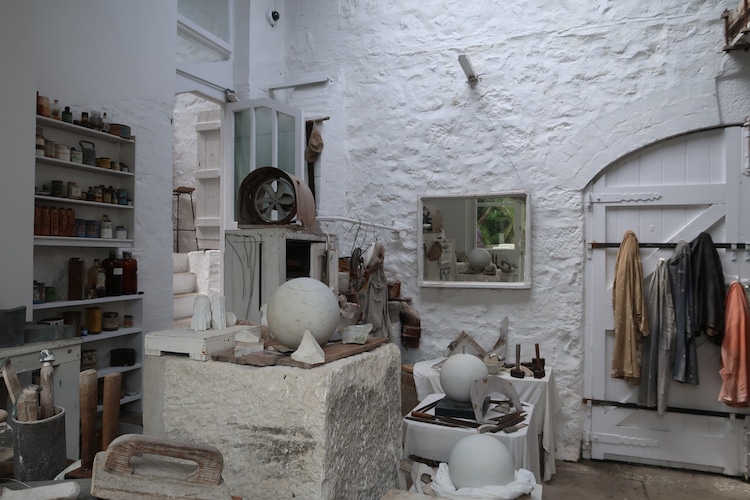 In the 1940s, English artist Barbara Hepworth helped set up an artists' colony in the seaside town of St Ives. In Trewyn Studios, her home and workspace, she found everything a modern artist could hope for. “Finding Trewyn Studio was a sort of magic,” she revealed. “Here was a studio, a yard and garden where I could work in open air and space.”

In 1980, Tate took over the site and transformed it into the Barbara Hepworth Museum and Sculpture Garden. Fortunately, much of the site remains as Hepworth intended—including her pair of studios, which she respectively used for stone carving and working in plaster—giving modern-day visitors a glimpse into her practice. “With their shelves of paint, tools, clothing and personal items,” the Tate explains, “the studios have great historic value and offer a remarkable snapshot of the life of Hepworth.”

The Shared Space of Lee Krasner and Jackson Pollock 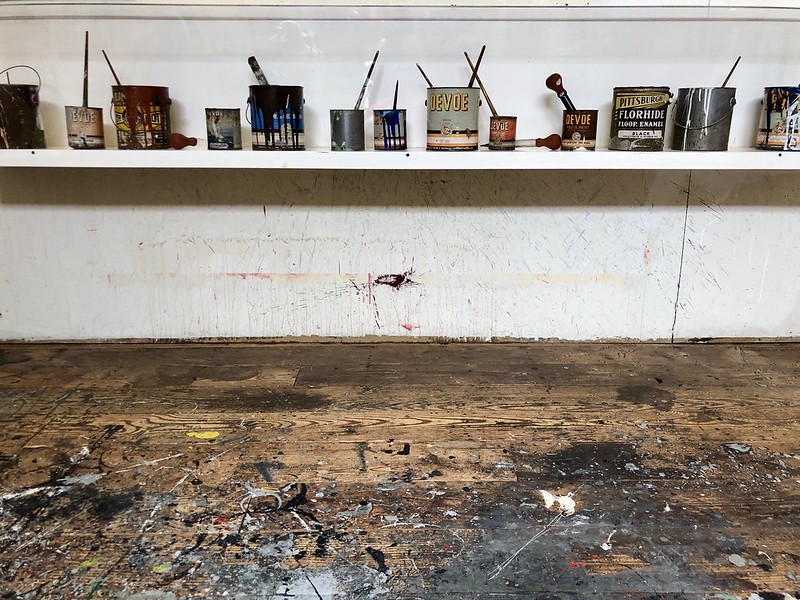 In 1945, Abstract Expressionist and collage artist Lee Krasner married fellow painter Jackson Pollock. That same year, the couple purchased what would come to be known as the Pollock-Krasner House and Studio, a charming wood-frame home in Long Island, New York.

For years, the couple had shifting studios in the home. In 1945, Pollock employed an upstairs bedroom as his workspace. The following year, however, he began working in the home's nearby barn, leaving Krasner to take over the abandoned bedroom. After her husband's untimely death in 1956, however, Krasner followed suit and worked in the barn, which remained her studio for the duration of her life.

Today, guests to the site can see the barn studio just as the couple left it—paint-splattered floor and all. 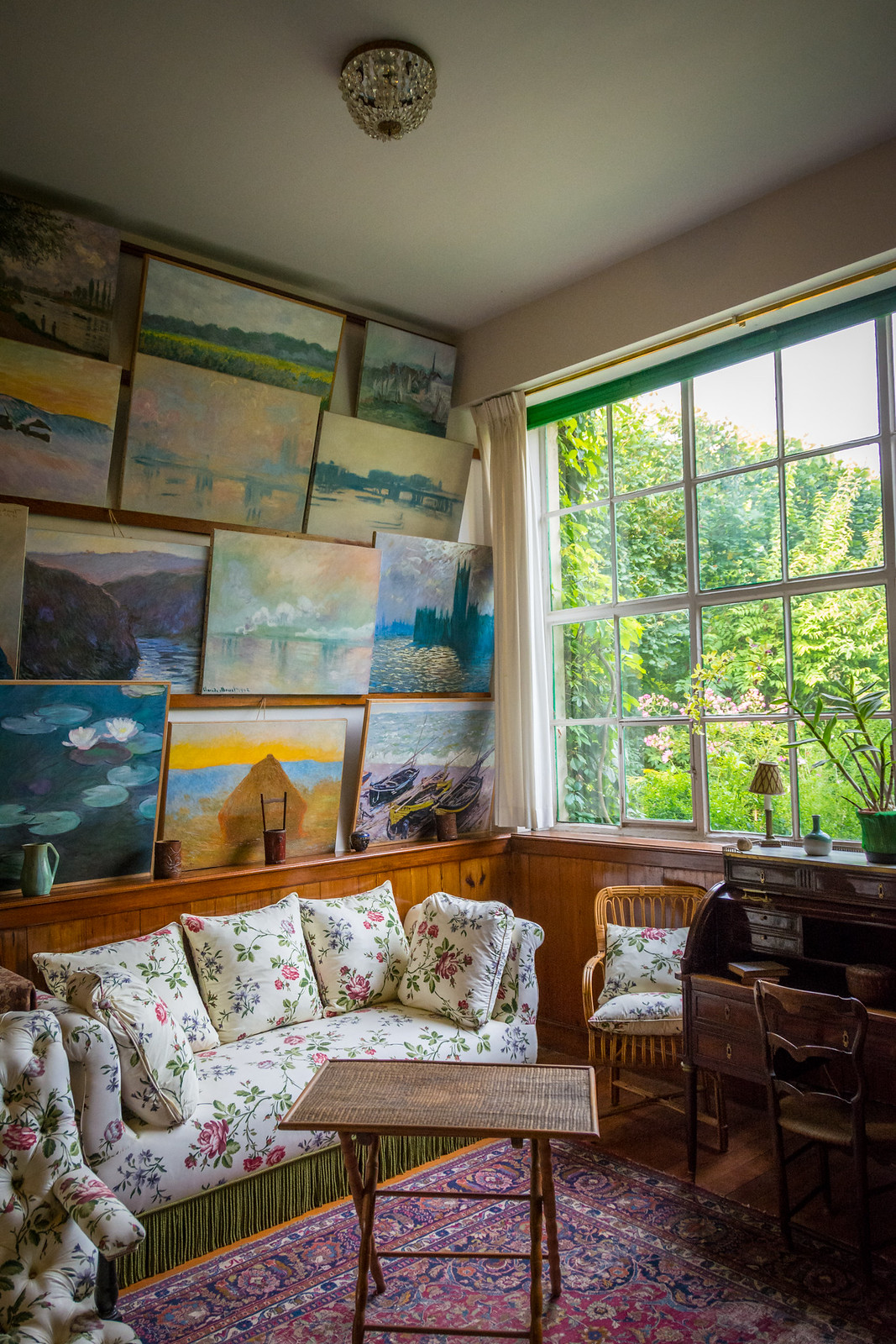 From 1883 until his death 43 years later, Impressionist pioneer Claude Monet lived and worked in Giverny, a beautiful commune in Normandy. As an avid outdoors enthusiast, he made his living space as nature-inspired as possible, from his oriental gardens (a colorful endeavor he famously described as his “most beautiful masterpiece”) to the sunny studio that overlooked them.

While, today, the walls of this space feature reproductions of the paintings he created there (many of the originals can be found in the Musée Marmottan Monet, one of Paris' underrated museums), visitors can still experience the studio just as Monet had. “Like everywhere in the house,” the Giverny website explains, “the furniture and the objects are still exactly the same, what gives a great authenticity to Monet's home.”

In 1945, modernist painter Georgia O'Keeffe purchased the Abiquiu Home, a Spanish Colonial home in Abiquiu, New Mexico. While the site was in derelict conditions when O'Keeffe acquired it, she soon transformed it into an artistic oasis, complete with a brightly lit studio.

While many of the art materials and supplies that would have been in her studio are now displayed in the Georgia O'Keeffe Museum in Santa Fe, visitors can still enjoy her home for its southwestern charm and the stunning views that inspired her—both of which were a far cry from her previous life in New York City. “You know, I never feel at home in the East like I do out here,” she confessed. “I feel like myself and I like it.”

At the Musée Rodin in Paris, you'll find two beautiful spaces: the three-hectare sculpture garden and the Hôtel Biron, a “jewel of Parisian rocaille architecture.” While Rodin used the Hôtel Biron as a workspace, today, it serves as a gallery of the museum. Fortunately, however, fans of the iconic sculptor can still see a studio just as Rodin left it—and it's only a train ride away.

The Musée Rodin in Meudon houses the artist's Antiques Studio. Unlike other artist's studios, however, Rodin didn't work in this room; instead, he used it to display his ancient and medieval marbles, which he meticulously arranged to appear as if in progress. “The architecture is modeled after a sculptor’s studio, with a staircase, a mezzanine for storage at mid-level and an observation gallery,” the museum explains. “The antiques are presented as in a studio, on palettes, platforms or stands covered with fabric.”

Though this may seem peculiar, Rodin's love of age-old sculpture puts it into perspective: “The ancients obtained their designs from nature . . . ” he said. “It is not photographic truth, but living truth, that we must seek in art.”

8 of the Best Museum Gift Shops You Can Browse Online