Vibrant and Playful Murals Brighten Up the Streets of Tehran 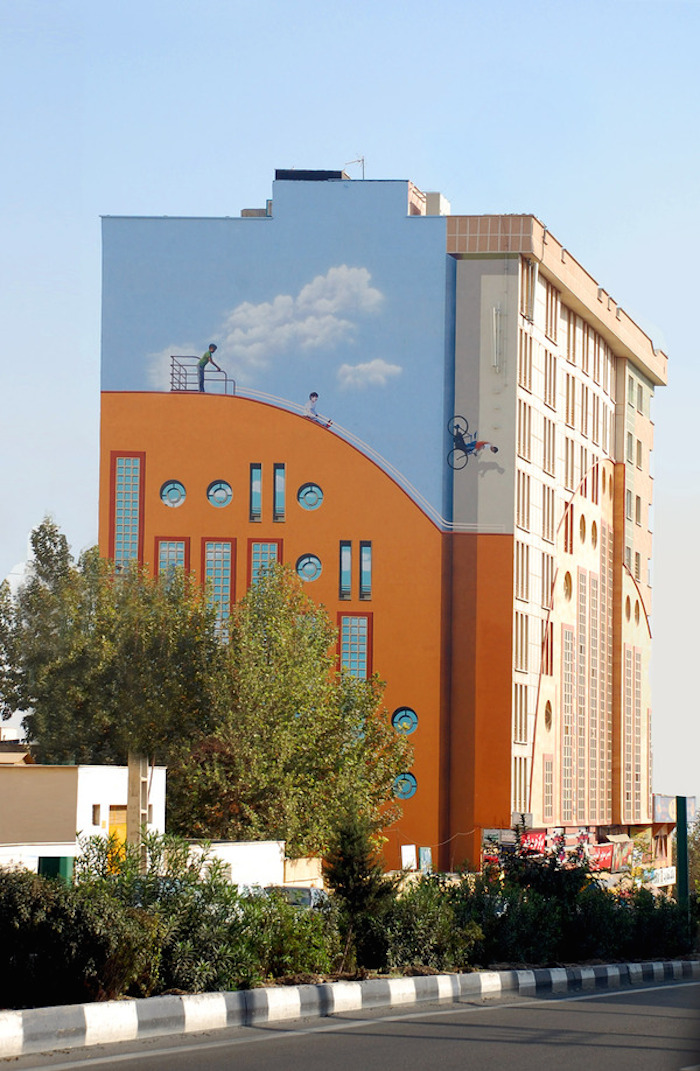 Iranian artist and designer Mehdi Ghadyanloo is brightening up the city of Tehran one wall at a time. With the blessing of the municipality, Ghadyanloo and his mural-painting company Blue Sky Painters transform blank, gray walls into amazing large-scale works of art.

The colorful scenes are often quite surreal in nature, depicting extraordinary sights such as a man bicycling down a straight wall, cars zooming across the sky, and people walking upside-down on the ceiling. Many of the murals also interact with the surrounding urban environment; in one, raindrops appear to fall from cloud onto the real tree standing beneath the painting; in another, an actual apartment building appears to fold accordion-style in a bizarre architectural twist.

Ghadyanloo's imaginative scenes, use of color, and skill at blending the murals into their existing environments all make for incredibly striking additions to the bustling streets of Tehran. The artist, who has painted over 100 murals so far, says he hopes “to bring some cohesion or at least colour to the often confused and smog-smeared architectural face of the city.” 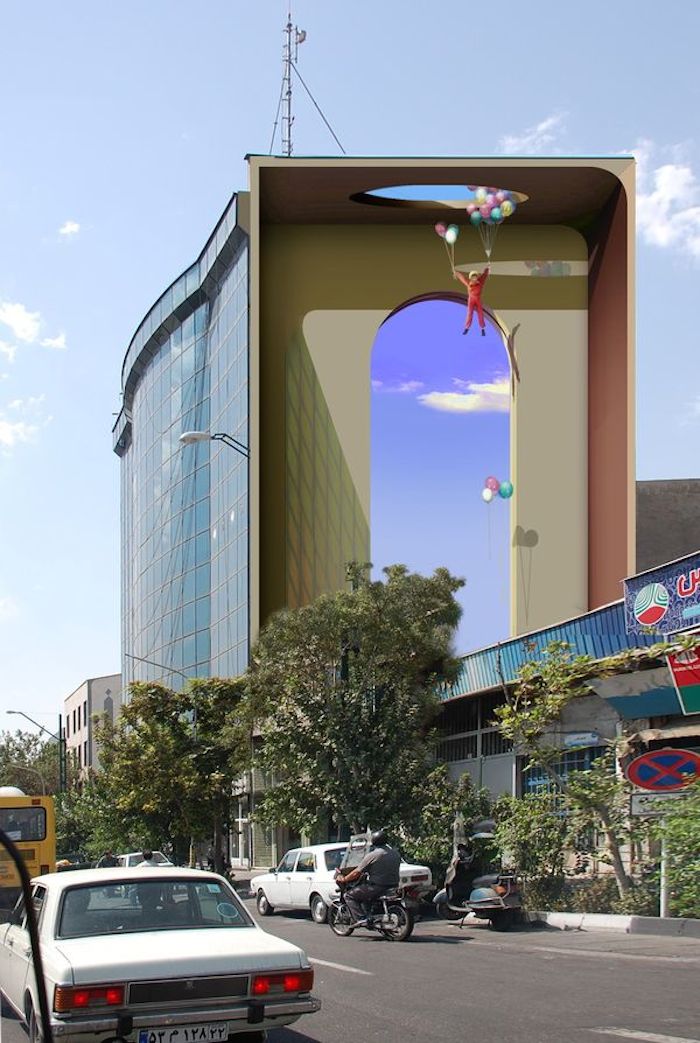 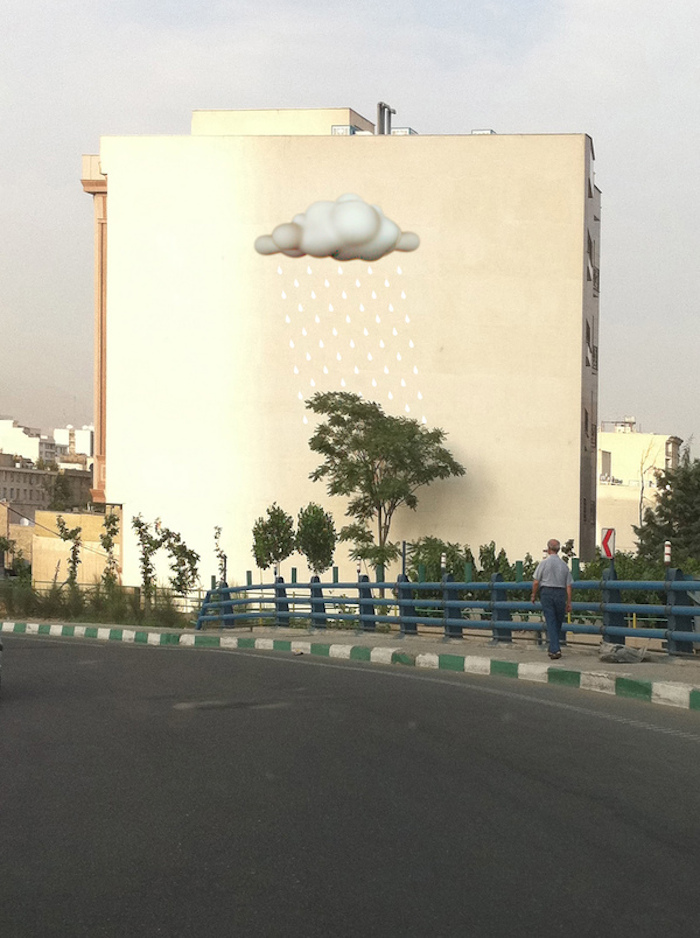 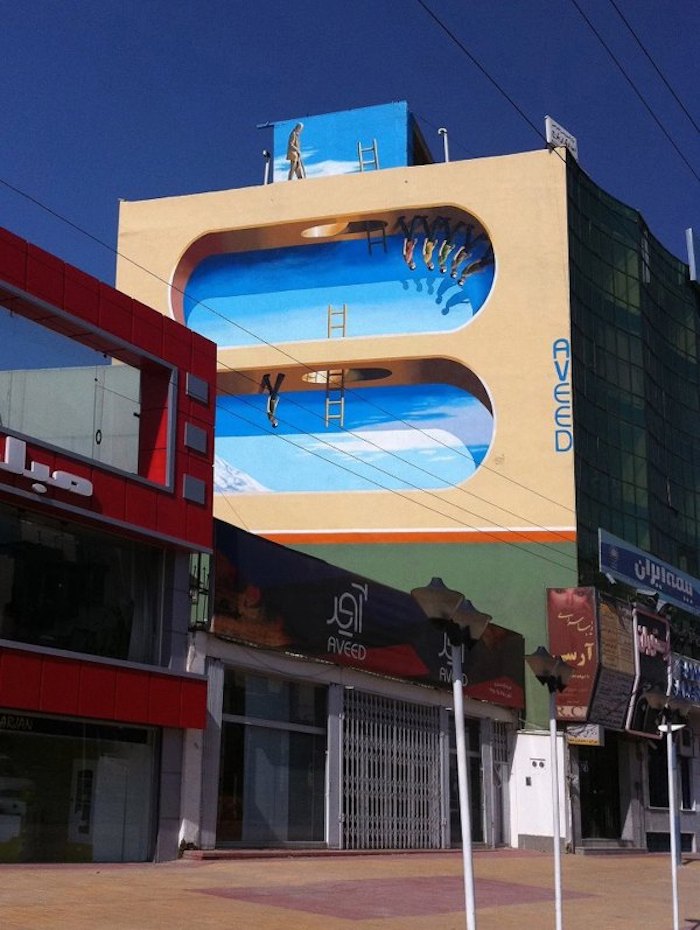 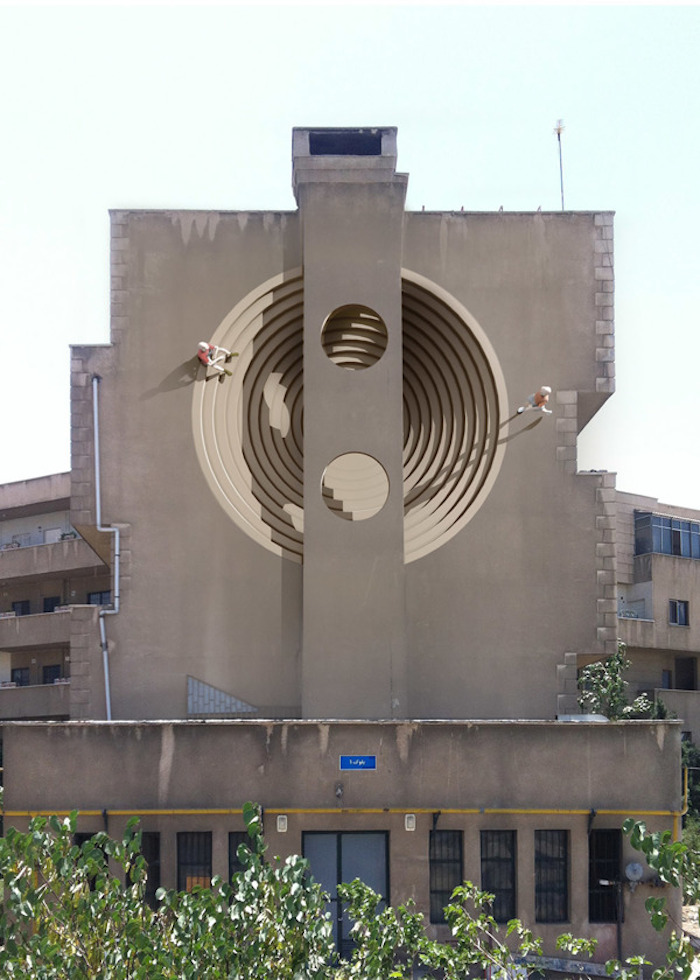 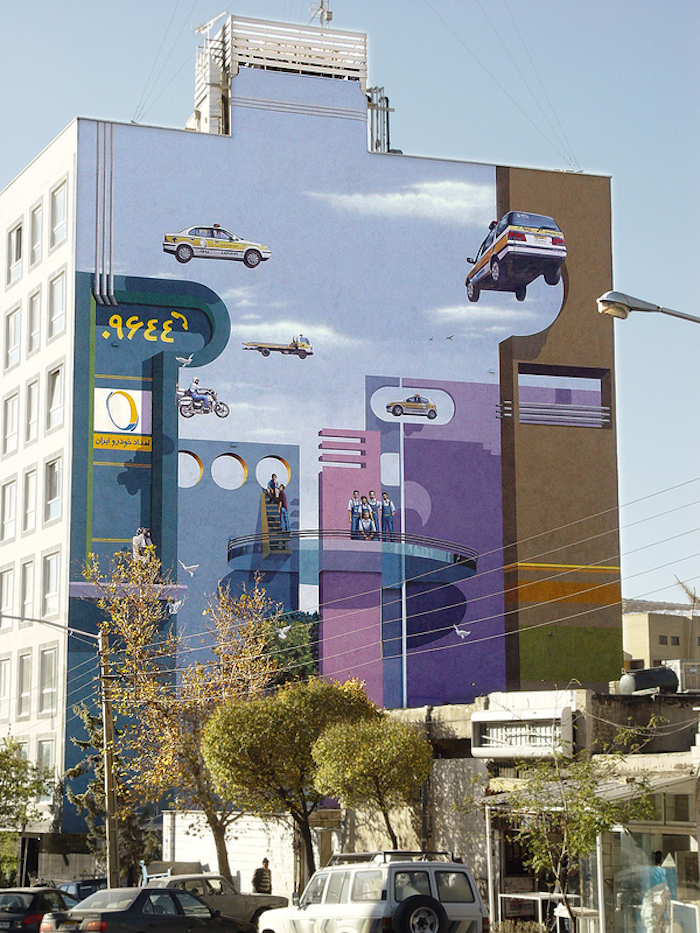 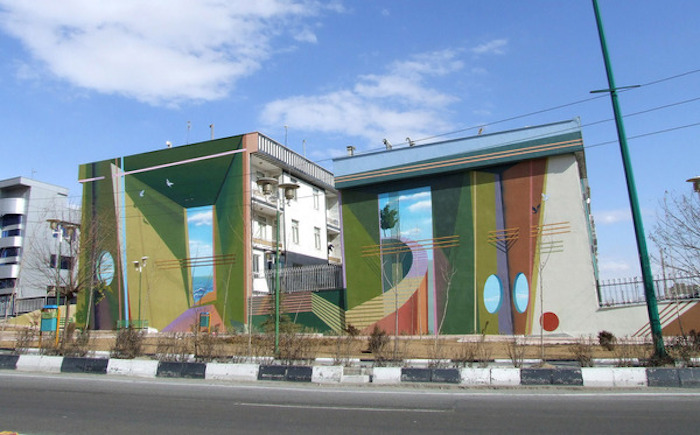 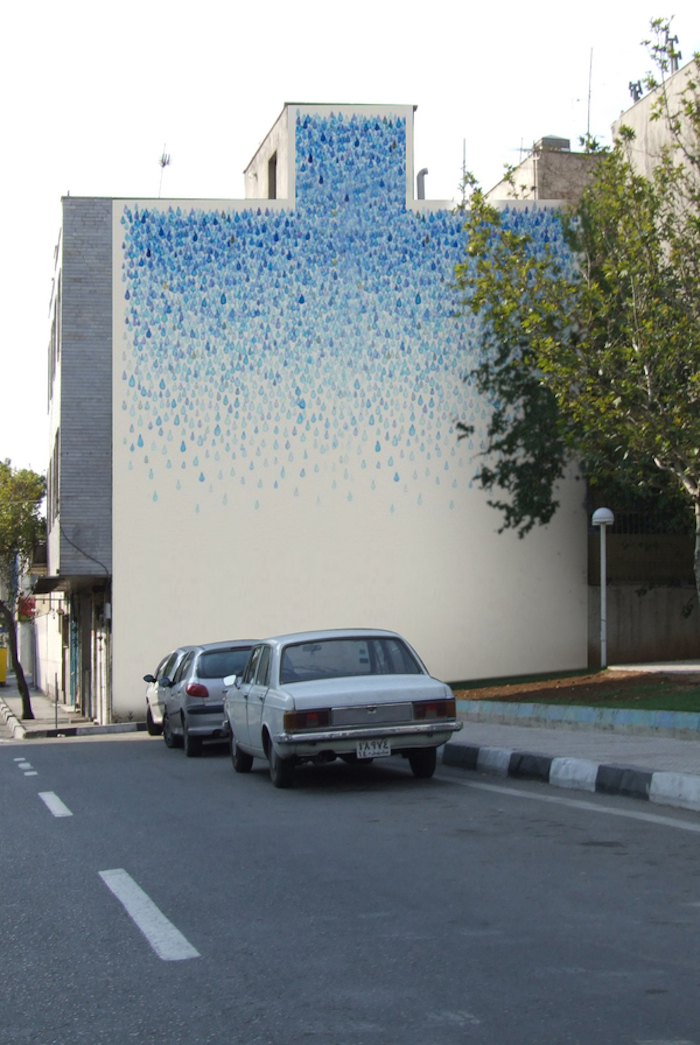 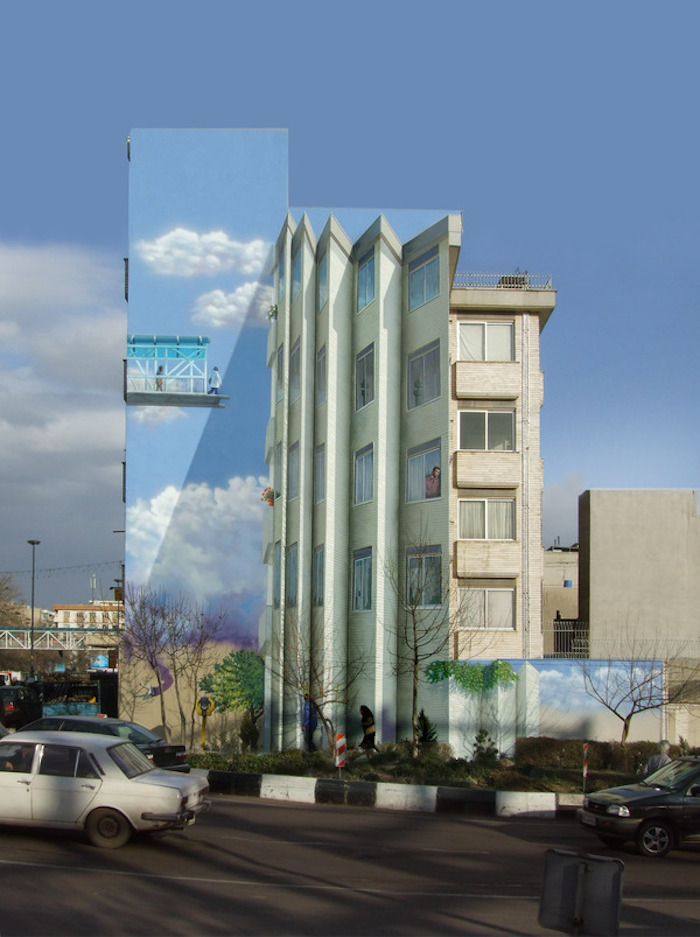 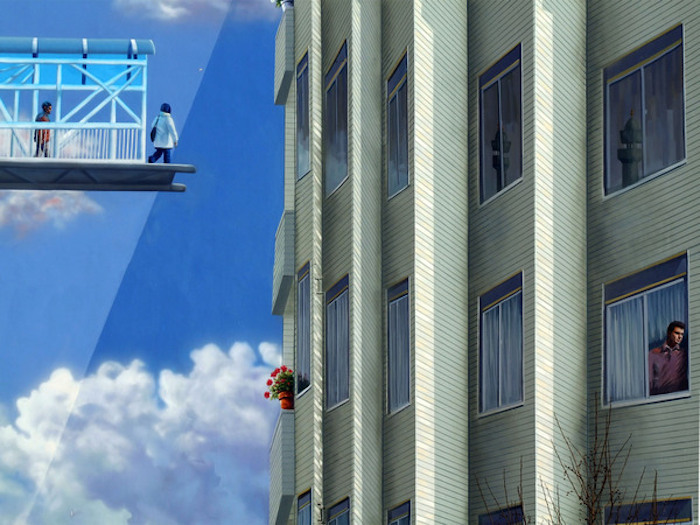 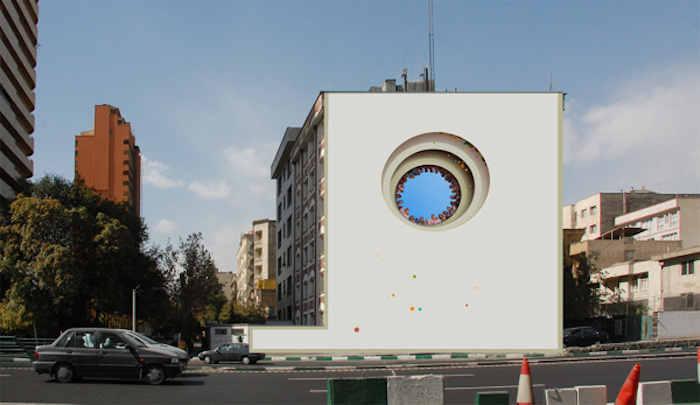 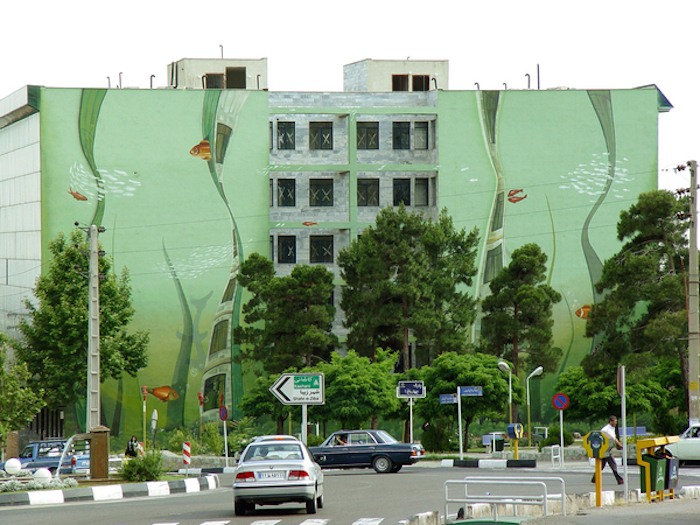 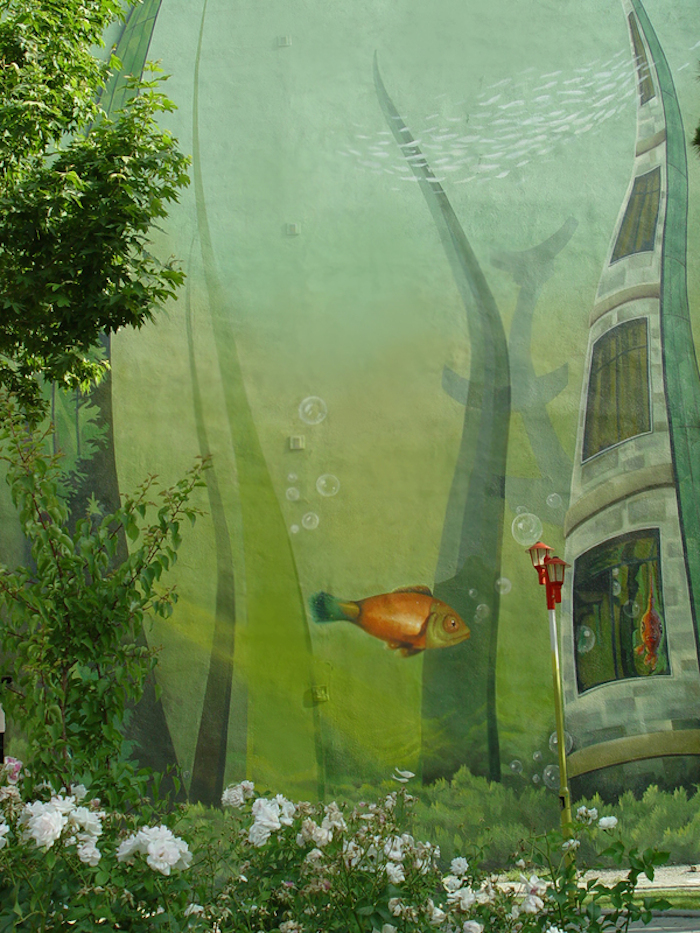