Walking Under a Massive 340-Ton Boulder 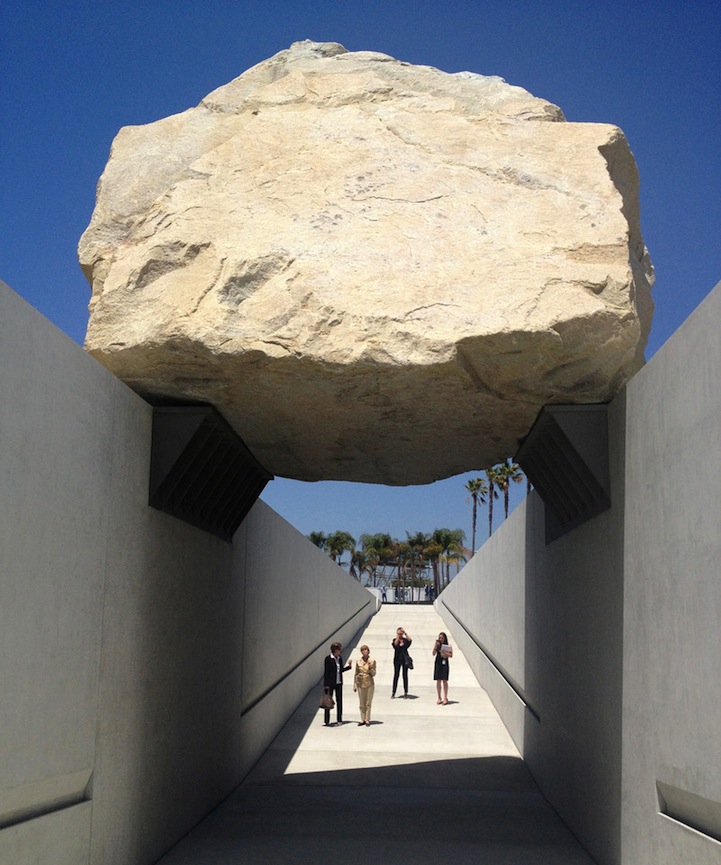 Positioned atop the center of a 456-foot long concrete trench, on the Los Angeles County Museum of Art's campus, sits a 340-ton boulder that visitors can walk under. It is securely bolted to two shelves that line the walls they are affixed to, but it's still a thrill to walk below such a massive piece of earth. The installation is said to have the capacity to withstand the tests of time. It's designed to last 3,500 years.

Renowned land artist Michael Heizer first conceived of this project, titled Levitated Mass, in 1969 and attempted to construct the installation using a 120-ton boulder. However, the crane lifting the boulder broke under the weighted pressure and, thus, the project was temporarily abandoned. It wasn't until 2006 that the artist came across this enormous 150 million-year-old granite megalith at a Riverside quarry that reignited the project. Through generous private funding, summing up to a whopping $10 million, Heizer was finally able to extract the rock and transport it to LACMA over the course of 11 nights.

Now, over four decades later, Heizer has not only successfully completed his artistic mission, but he's also managed to salvage a gigantic rock that's nearly three times the size of his initial undertaking. The installation is an ongoing public exhibition on LACMA's Resnick North Lawn and requires no ticket purchase for admission. 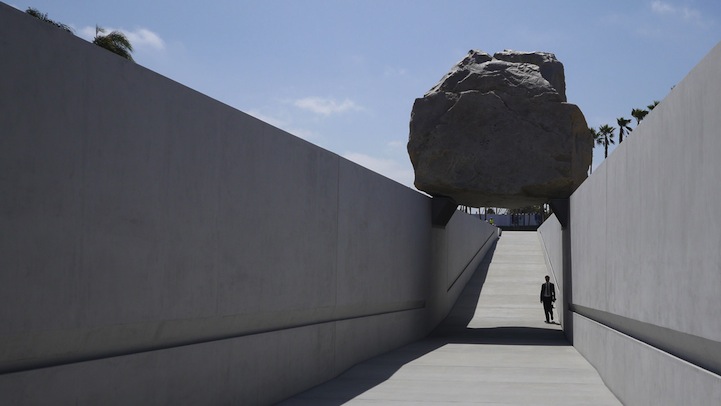 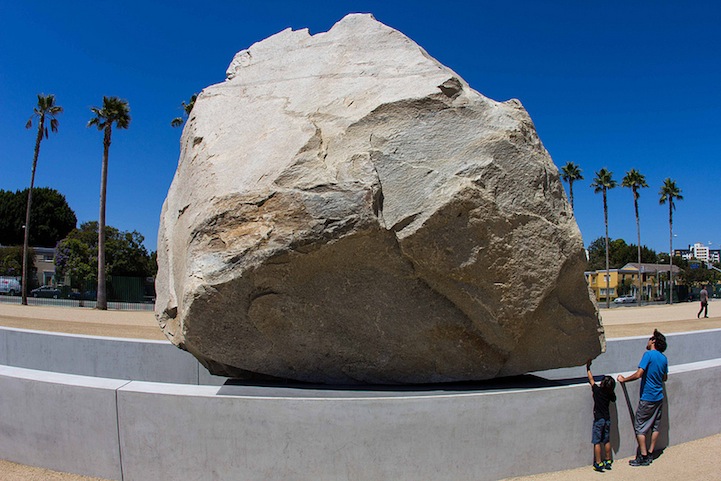 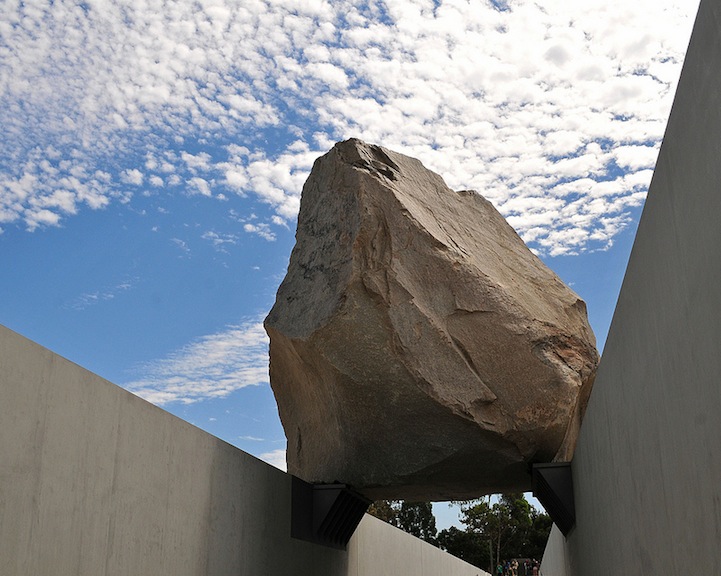 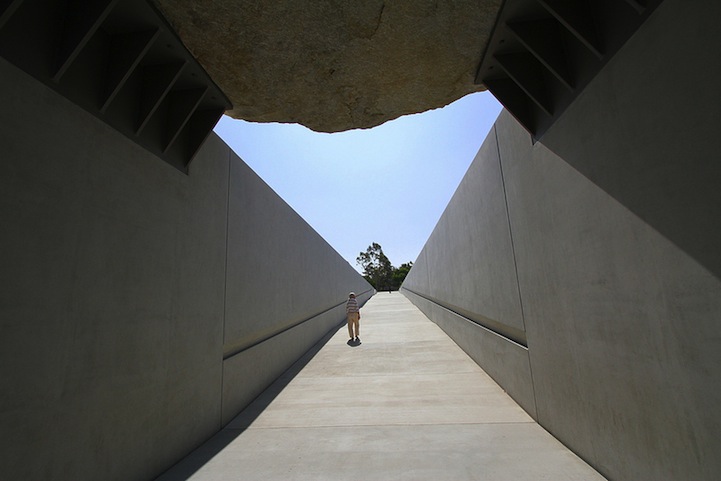 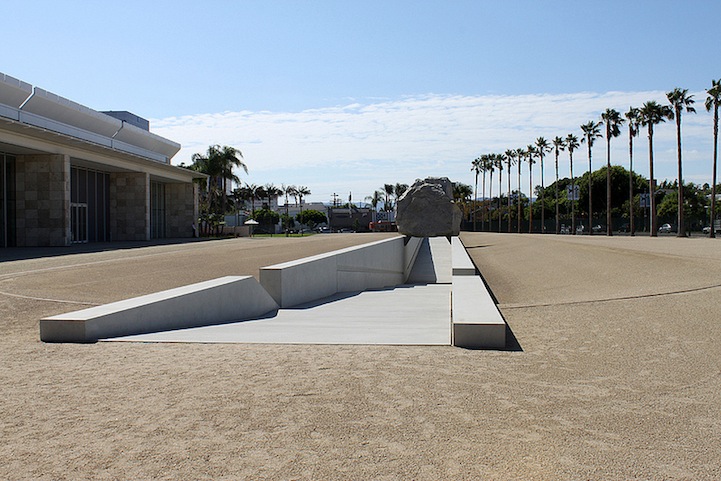 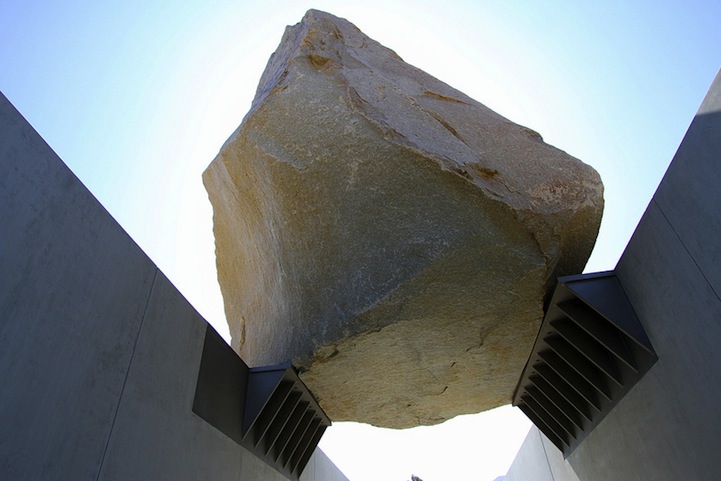 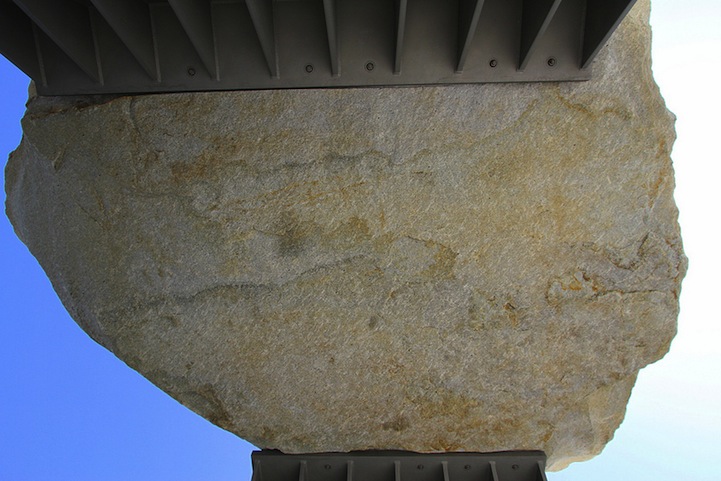