1,252 Suspended Wooden Balls Form a Giant Eye When Viewed from the Right Angle 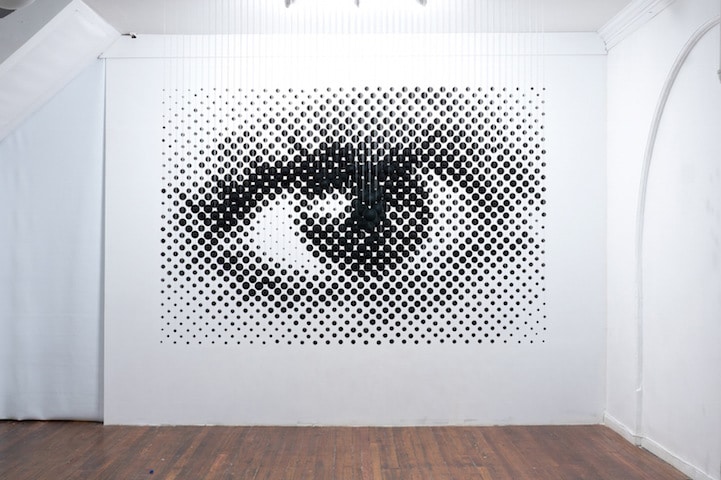 Brooklyn-based sculptor Michael Murphy is known for three-dimensional, anamorphic works of art that require a change in perspective in order to appreciate them fully. His newest installation, Perceptual Shift, illustrates this concept both literally and conceptually with 1,252 painted wooden balls suspended from the ceiling. When viewed from the side, the piece appears to be a seemingly random jumble of dangling shapes. Standing at the correct position in front of the installation, however, reveals the striking illusion of a flat, graphic halftone eye.

According to the artist, the eye is meant to evoke imagery of the all-knowing gaze of the US government through mass surveillance data collection. Murphy says, “A perceptual shift is a moment that occurs when an individual's interpretation of a particular stimulus suddenly changes. When viewing this sculpture, a perceptual shift occurs when a seemingly chaotic arrangement of black particles suddenly coalesce into a highly organized graphic image. The title is a reference to this event and to the perceptual shift that needs to occur amongst the American people, in order for a genuine change to take place in the role our government plays in our private lives. We must demand privacy and break apart this all-seeing eye.”

Perceptual Shift will be on display at IMAGE Gallery in New York through July 3, 2015. 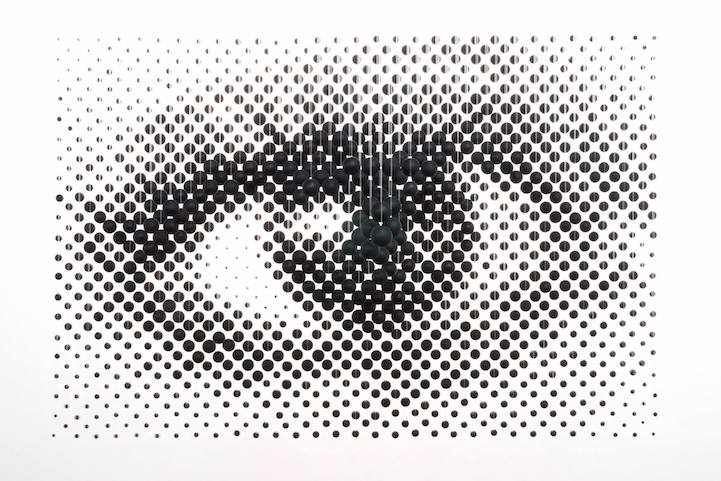 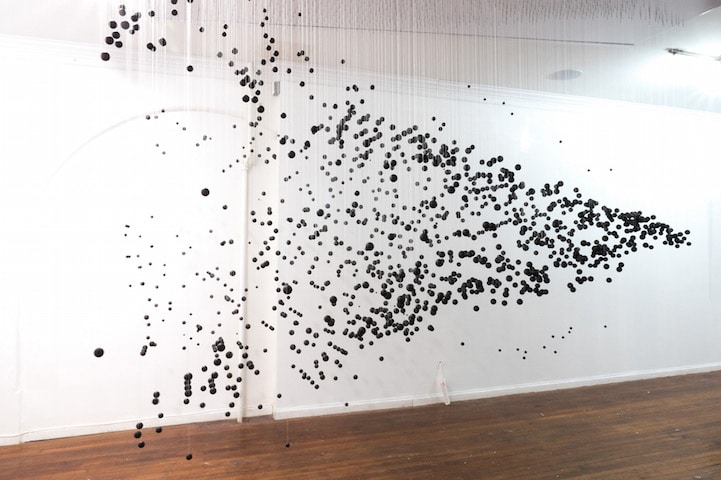 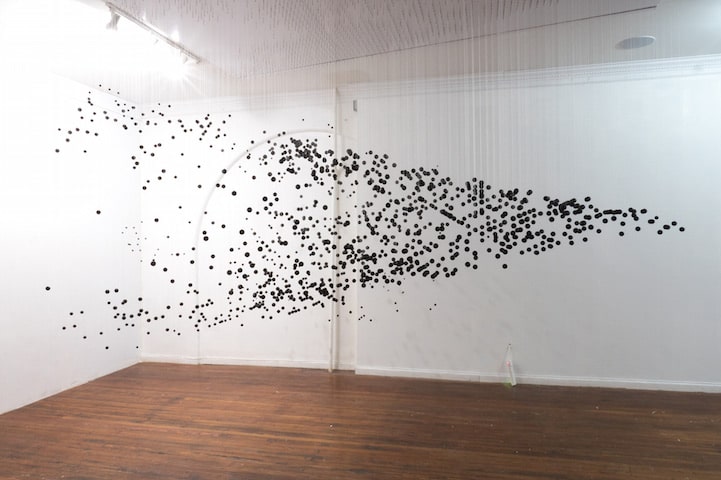 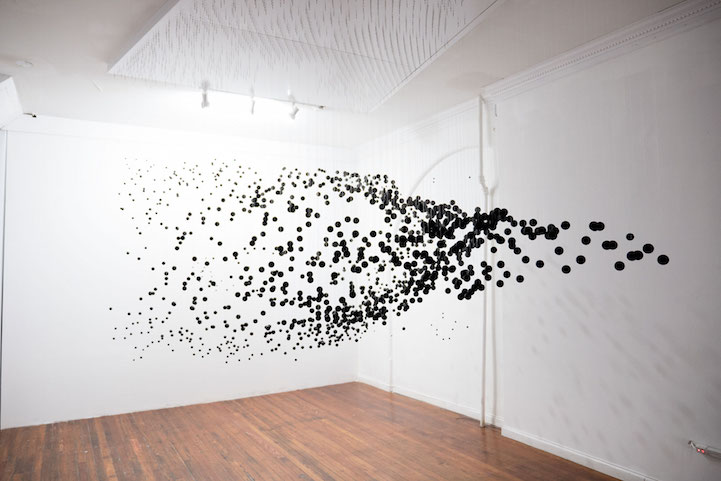 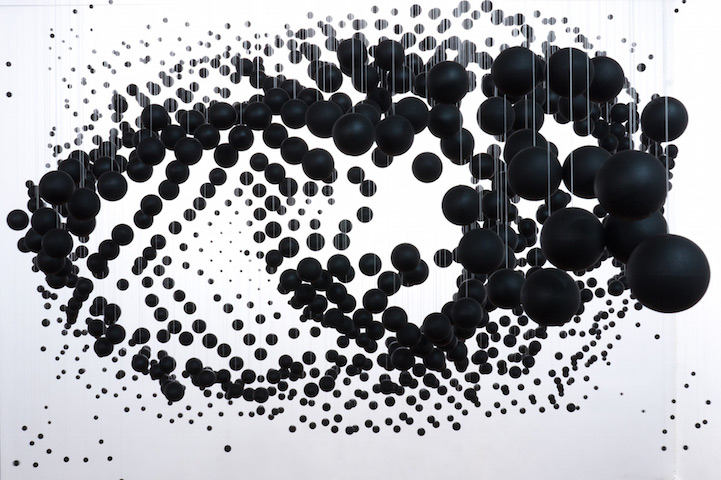 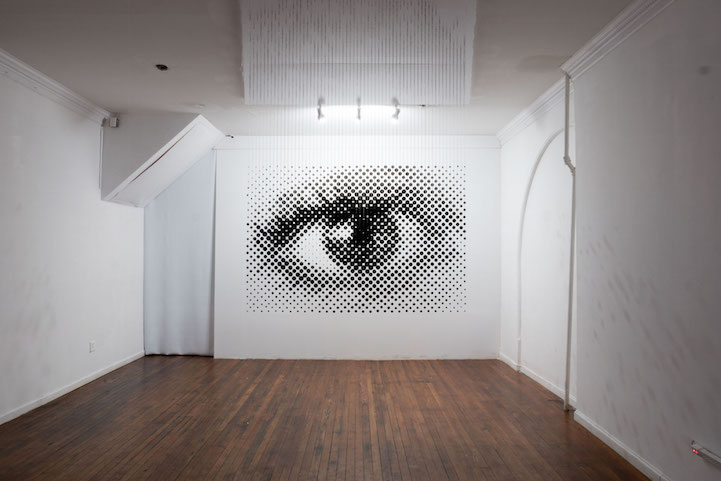