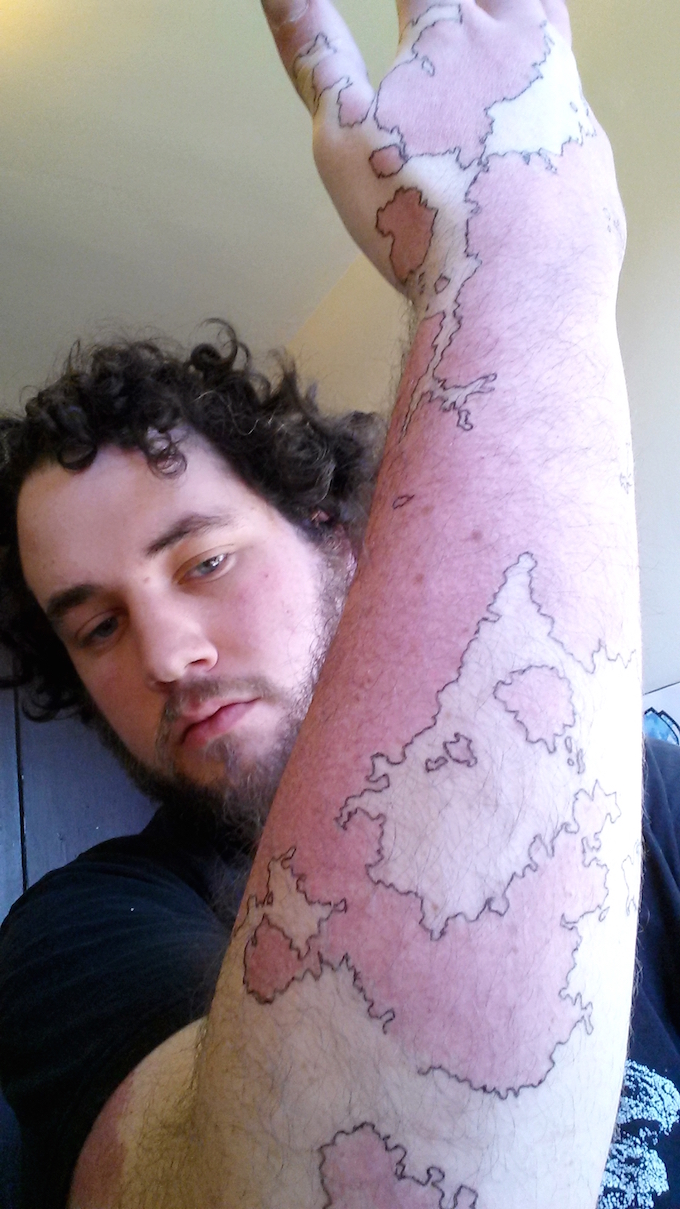 Reddit user Mneneon was born with a set of birthmarks on his hands and arms that appear to form a map of an imaginary world. Recently, the mathematician/engineer used a pen to outline the patches of white and red skin, making them stand out even more as large land masses, tiny islands, and vast bodies of water. With some creativity, one could almost imagine an entire fantastical realm and story taking place in Mneneon's “birthmaps.”.

When asked if he's ever considered getting the lines tattooed permanently around his birthmarks, the Reddit user answered, “Yep! But I always found [the birthmarks] a cool thing on its own, and I wanted no one to doubt that it was something I was born with and accepted, rather than decided upon later.” Even if he does choose to turn his map outlines into lasting body art, Mneneon wants to do it on his terms as a beautiful addition to his natural skin pigmentation, not as a way to hide who he is. Beautiful sentiment! 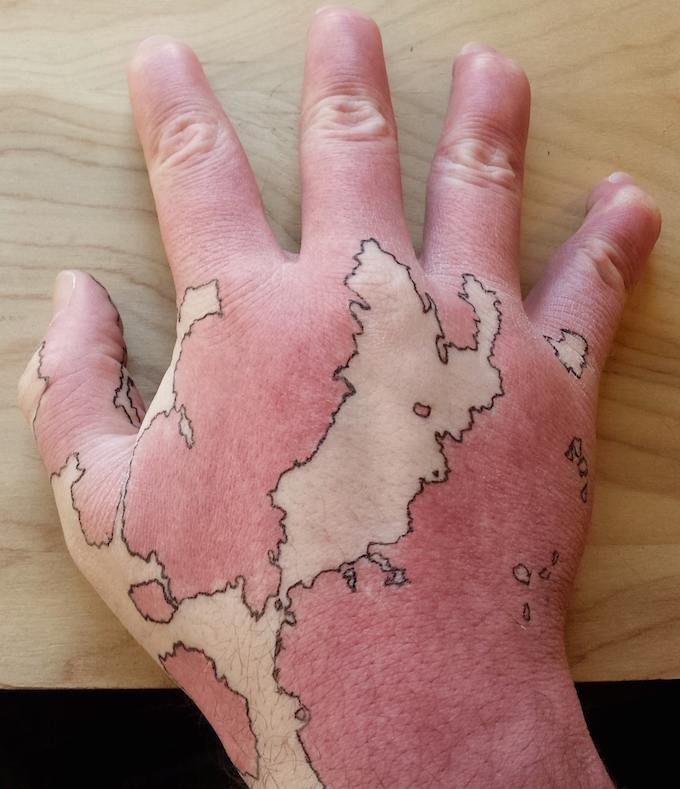 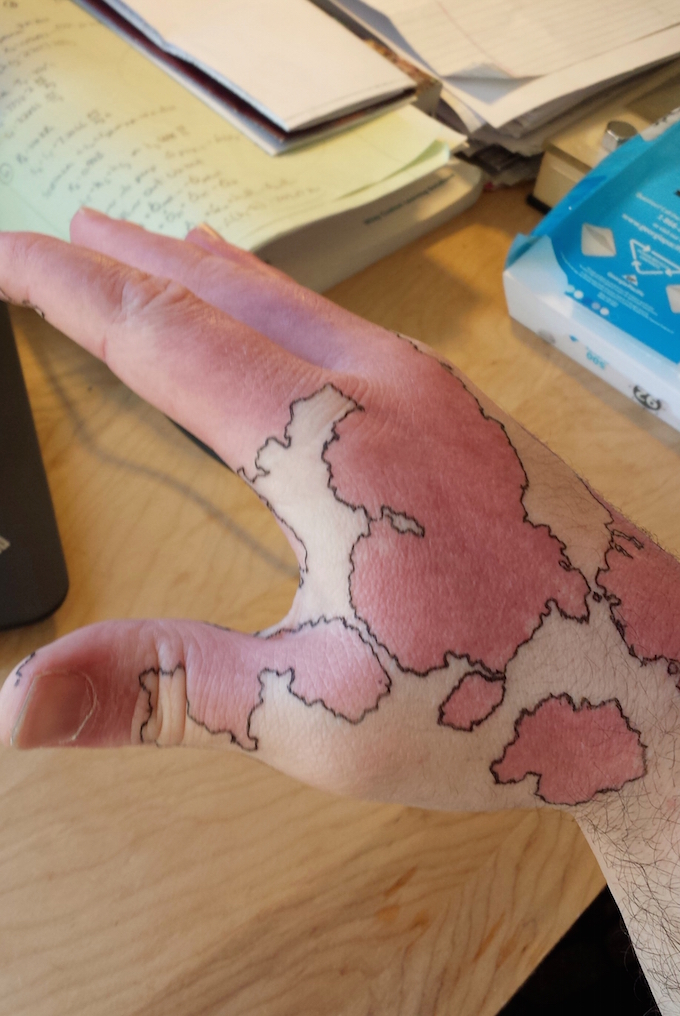 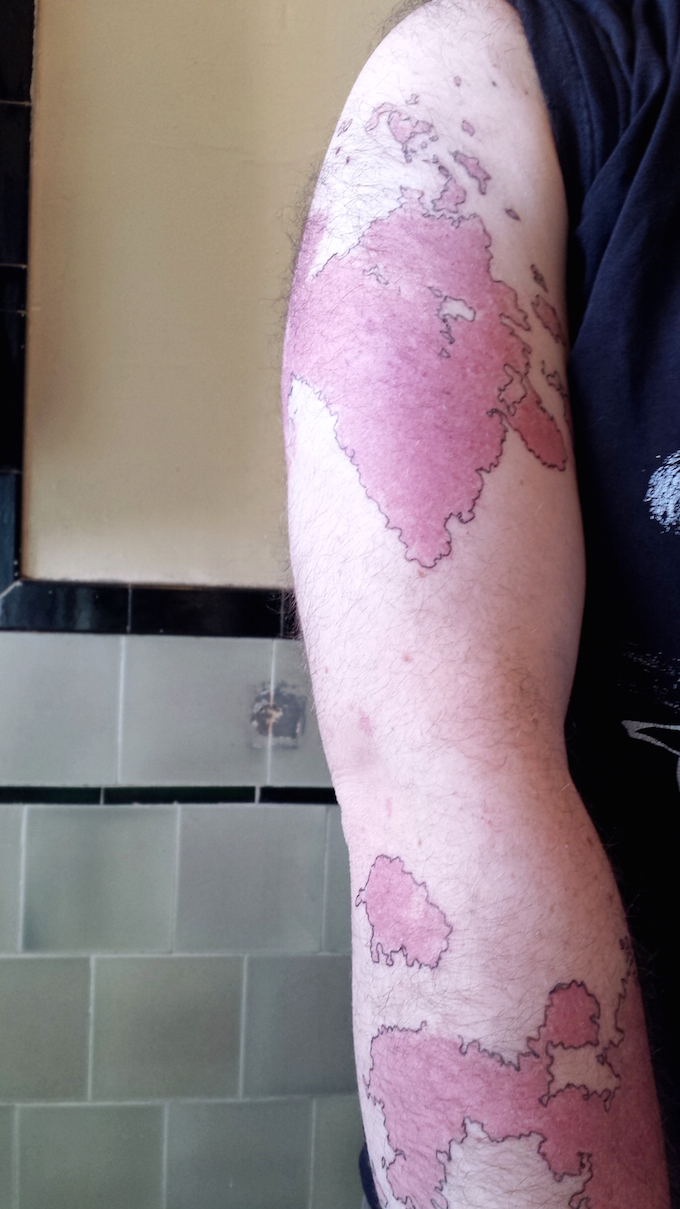 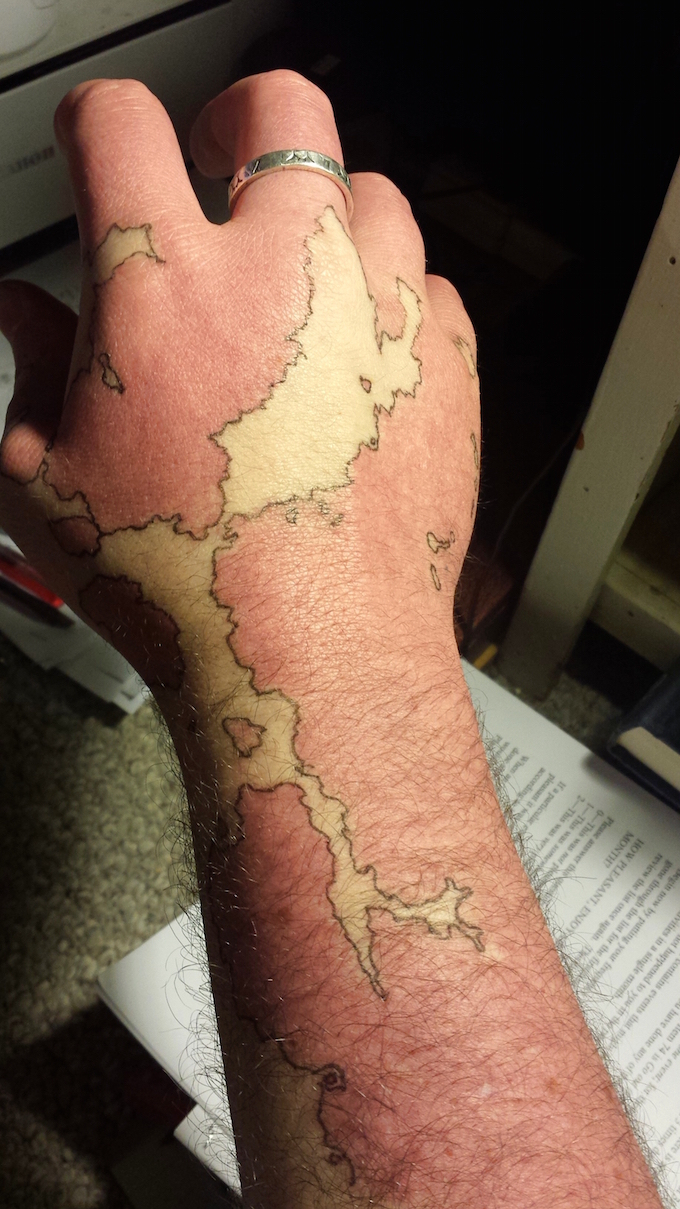 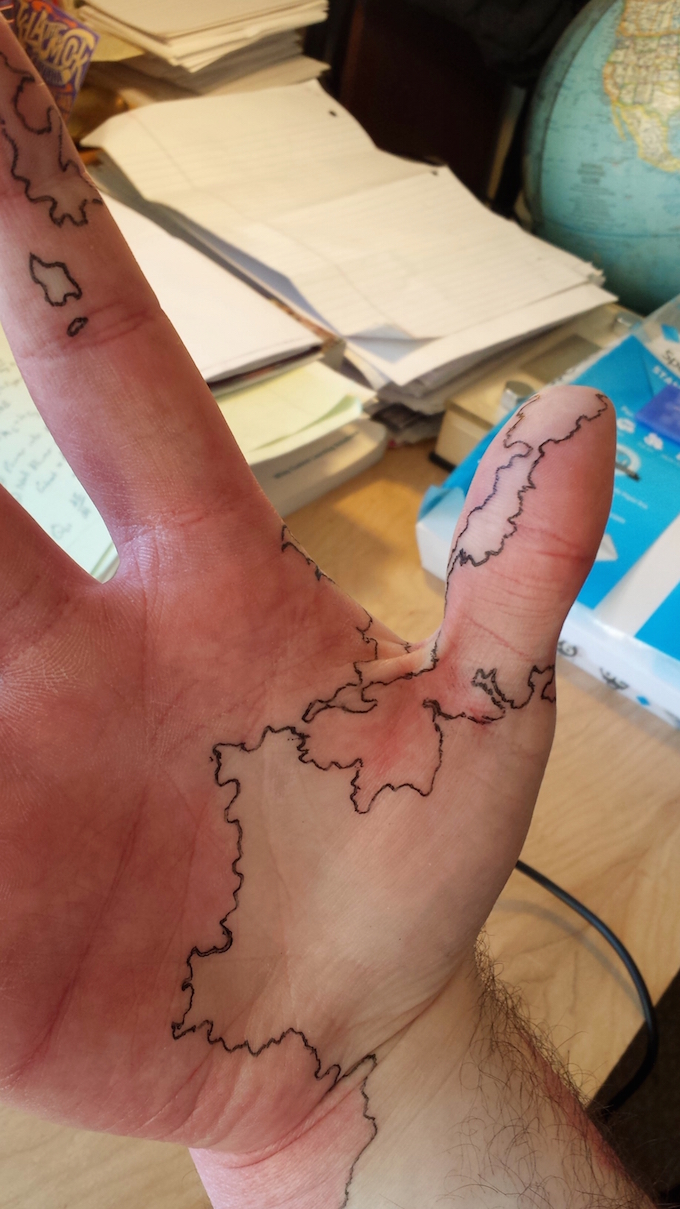 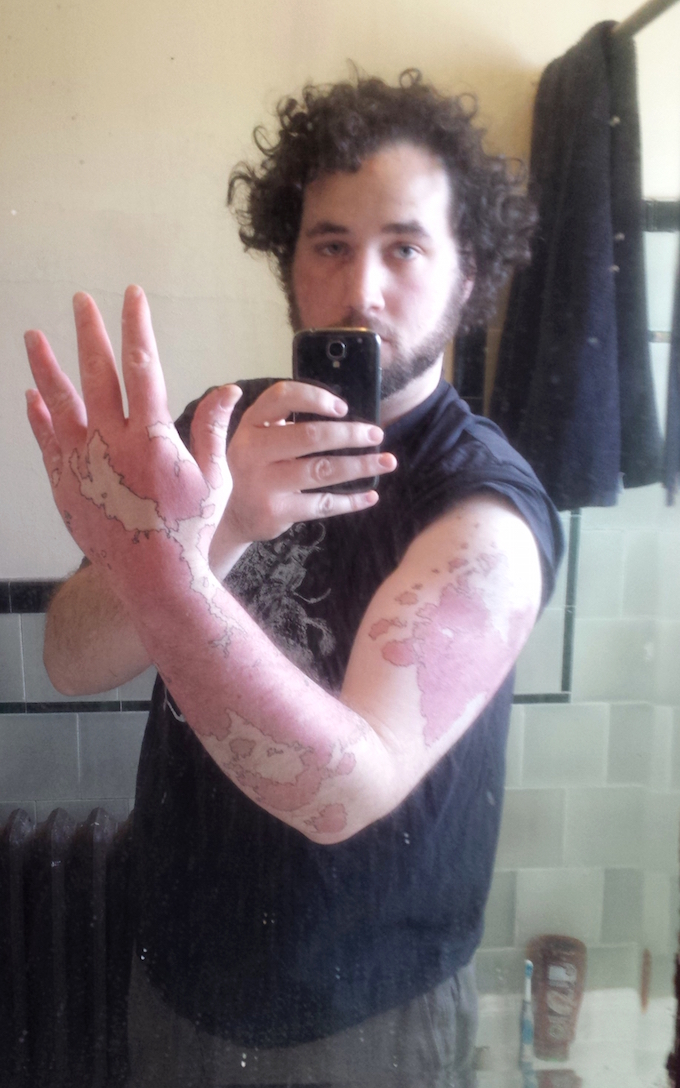