11 Modern Women Who Travel Through Time With Their Vintage Fashion 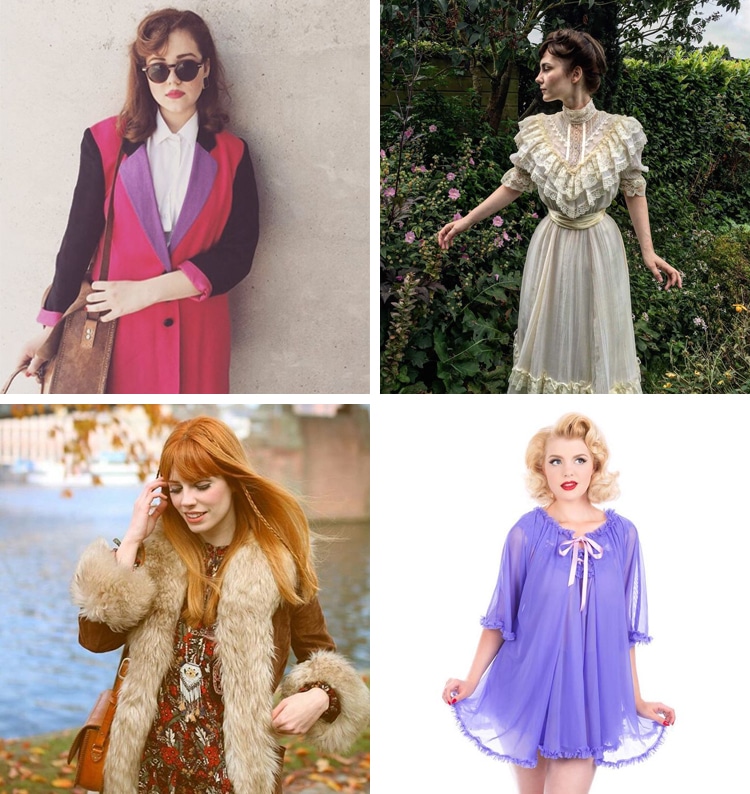 As much as we wish it were true, time travel just isn’t possible—so in the meantime, we’ll have to settle for fashion as a way to live in a different era. Some women have cultivated their hair and dress so meticulously that you’d think you're looking at someone alive long ago. But miraculously, they’re all modern women whose attitudes and style exude the past.

All decades have their defining features. Gorgeous pin curls were popular in the 1930s, while looser, free-flowing hair really took off in the 1960s and '70s. Let’s not forget the outfits, either. Some scour vintage racks while others go DIY. Talented teenager Angela Clayton regularly transports herself back in centuries by making her own clothing—from Victorian dresses to garments inspired by Renaissance paintings.

Part fantasy and part homage to fashions of the past, these 11 women prove that going back in time might be easier than we think. 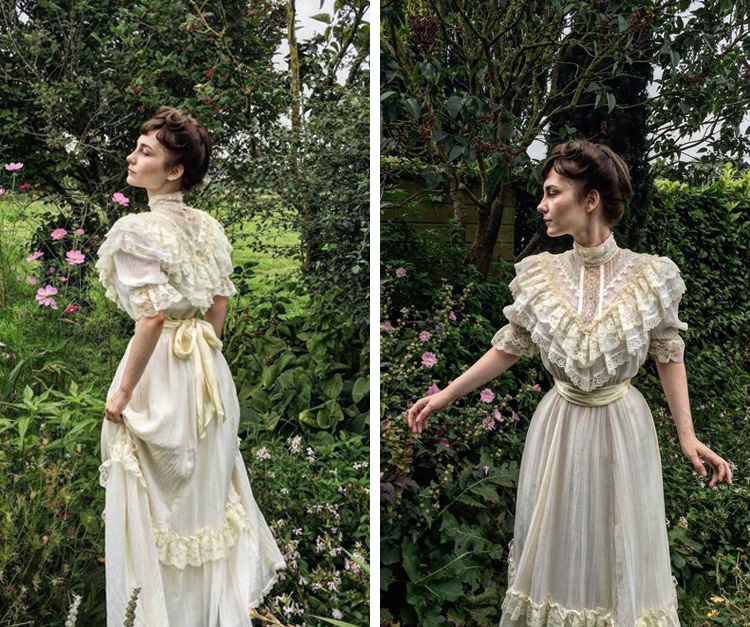 Read more: 17-Year-Old Can Brilliantly Transform Herself into Any Classically Glamorous Woman

We first marveled at Annelies van Overbeek‘s vintage fashion sense earlier this year. A spitting image of Audrey Hepburn, she often recreates herself as the iconic actress. She has, however, expanded the eras she wears. Here, she's imitating a Gibson Girl of the late 19th and early 20th century. 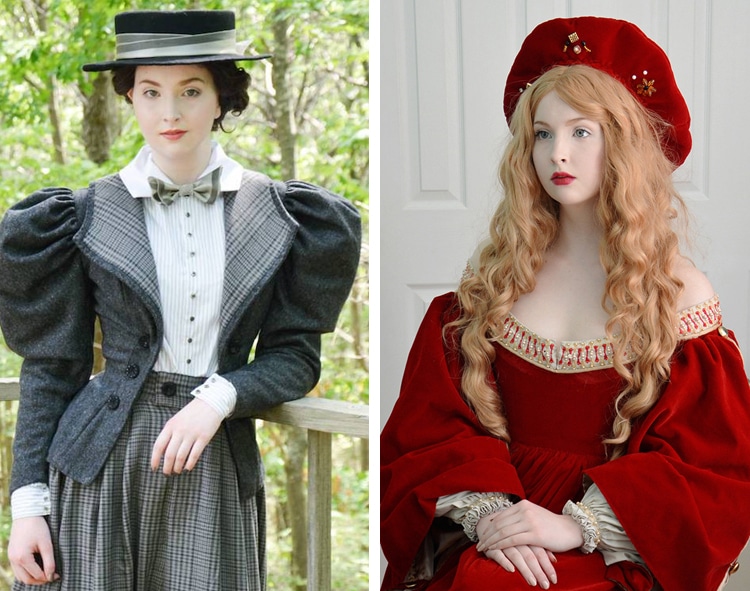 Angela Clayton might be young, but she's already transformed herself into women that are thousands of years old. Making all the garments herself, she's interested in a variety of eras. The left image is her dressed in an Edwardian cycling outfit, while the right image recreates a painting—specifically, Portrait of Doña Isabel de Requesens by Giulio Romano. 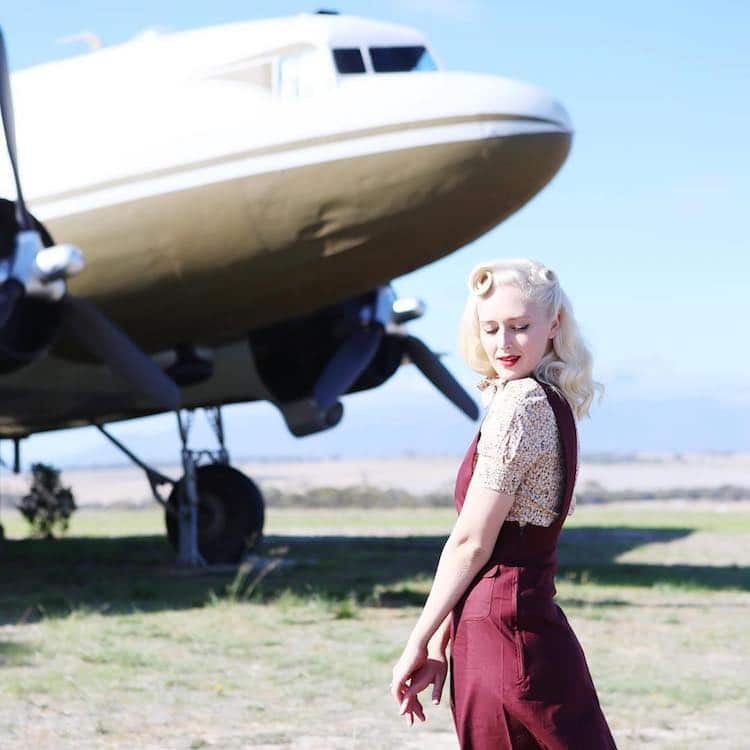 Alyce Ferguson is a vintage hairstylist whose attire, hair, and makeup recall the 1940s and 1950s. Her commitment to these decades pays off, and she looks incredibly believable as a woman from the past. This photo features her recently posing in front of a 1944 Dakota plane, but the striking picture looks as though it was taken long ago. 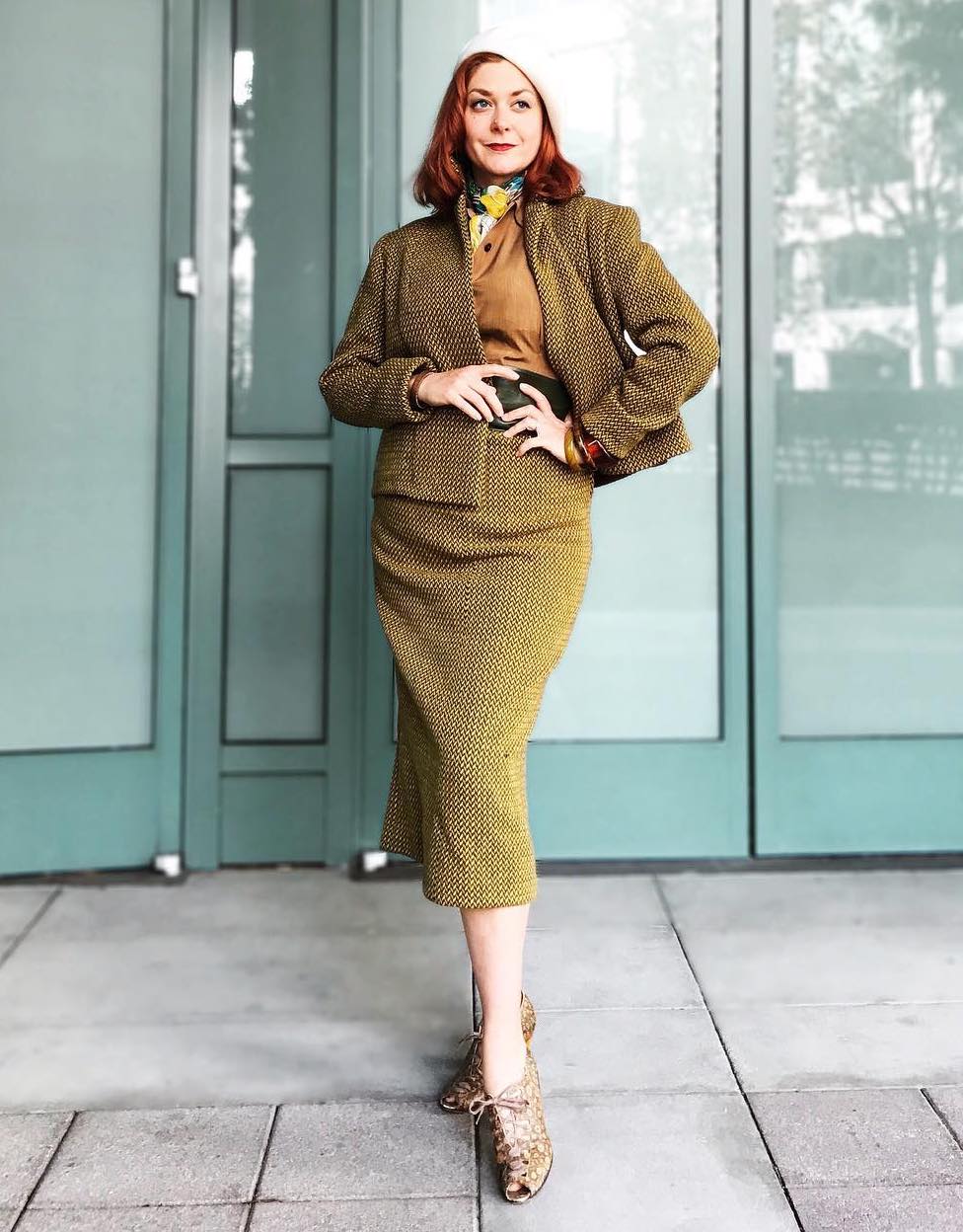 Jessica Parker calls herself an “amateur vintage fashion sleuth researching bygone labels,” and her explorations have yielded fascinating results. This particular outfit features the matchbox jacket, which became popular in 1953. According to Vogue, it caused “radical changes in the suit-line and suit-life,” making the jackets less fitted and the skirts narrower. 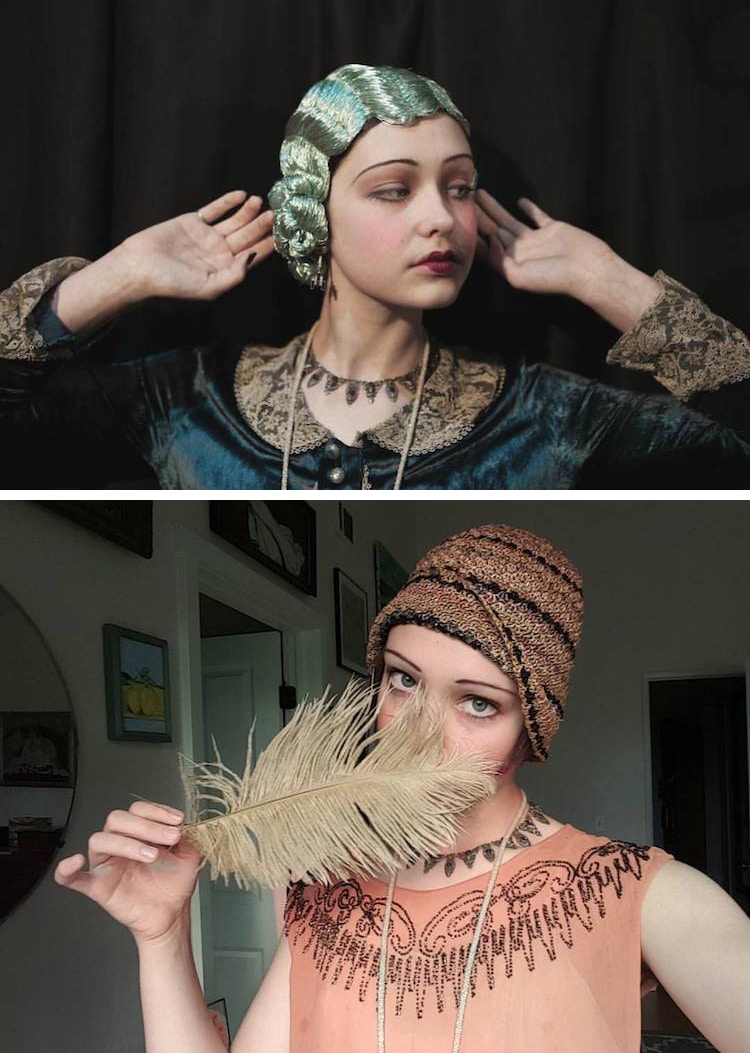 With an emphasis on the 1920s, Isabel Muisdora captures the essence of a flapper. Donning more than just the fashions of the time, she's enthusiastic about the makeup, too. One of her most popular YouTube videos is an in-depth explanation of the 1920s brow and eye makeup. 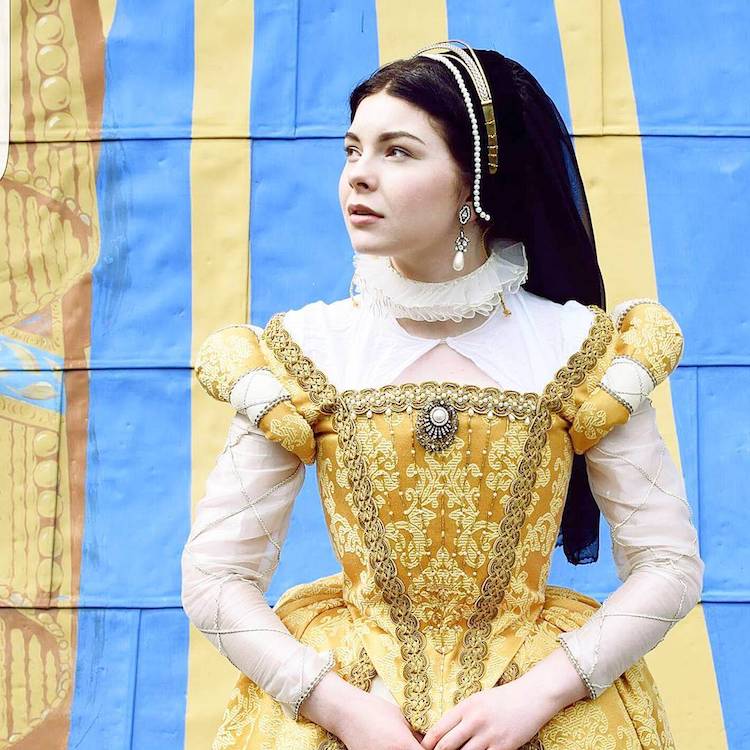 Magdalena Regina is a self-proclaimed history buff who works as a costumer and vintage stylist. Although her focus ranges from the 1920s to the 1970s, she occasionally takes it way, way back. This garment is a replication of an Elizabethan piece from the 1770s. 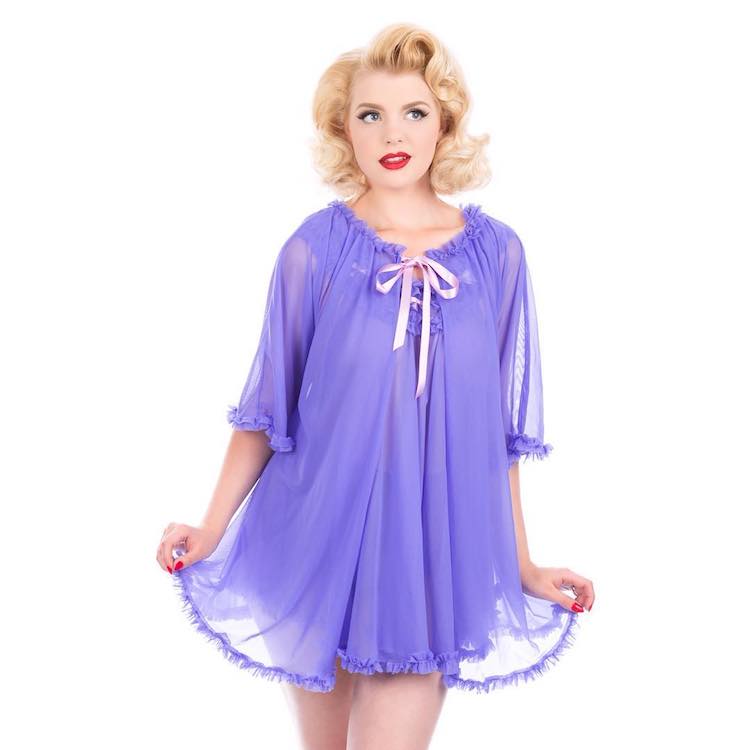 Rachel Frances could be a body double for Marilyn Monroe. Obsessed with Old Hollywood, she dedicates her Instagram to pin ups and vintage glamour, all with her blonde bombshell bob. 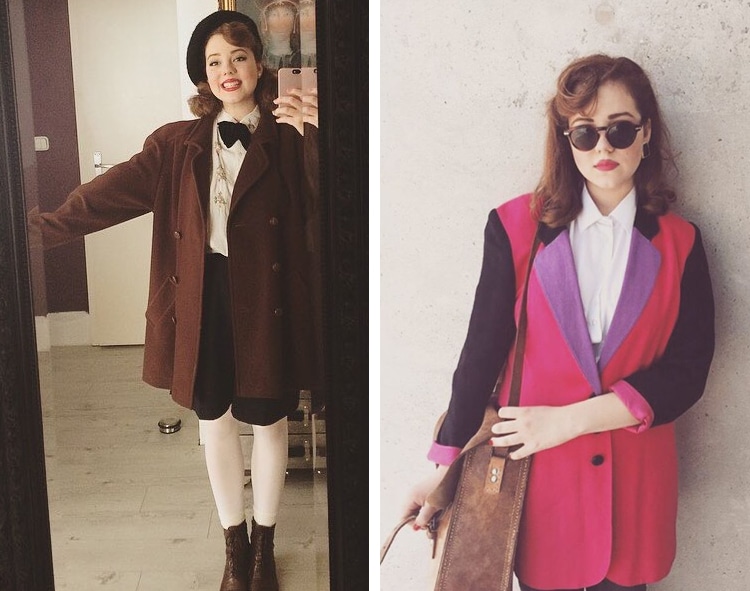 Angie Kaufmann is just as comfortable in early 1900s attire as she is the 1980s. While most vintage-styled people stick to a couple of decades, Kaufmann wears “dead people’s clothes” that span nearly 80 years. 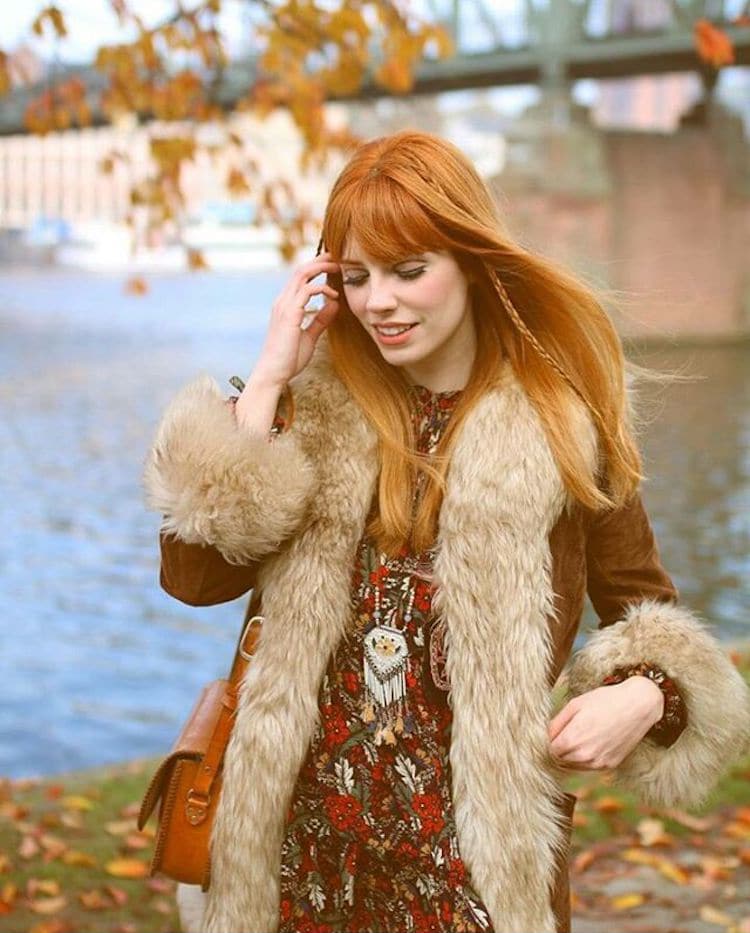 Styles of the 1960s and 1970s are coming back in vogue today, so Vanessa Frankenstein is right on trend. She calls the furry garment pictured her “Penny Lane coat,” as it's similar to what Kate Hudson wore in the acclaimed film Almost Famous. 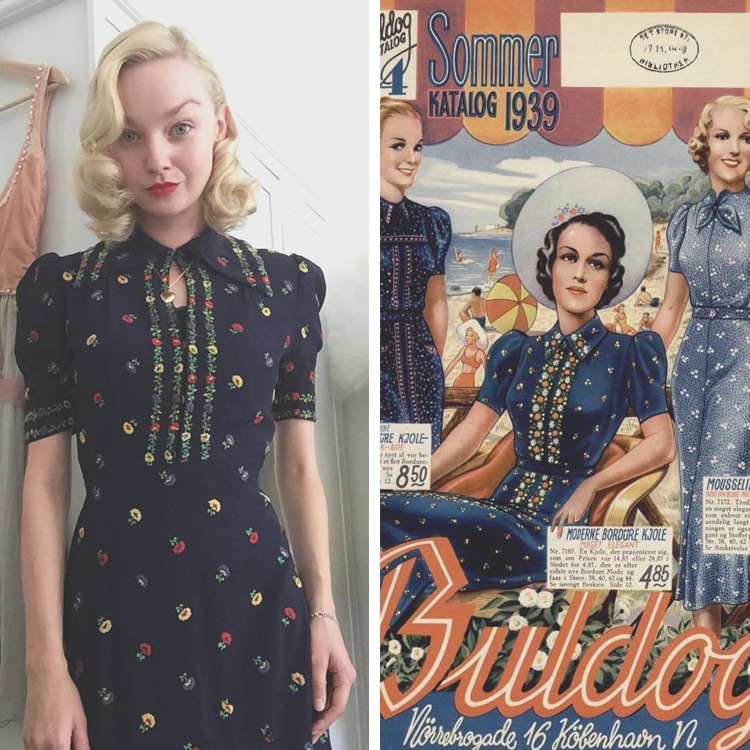 Ida Catherine is vintage enthusiast who focuses on the 1930s to 1940s. Here, life imitates advertising as she stands next to her almost-twin—a Danish catalog from 1939. 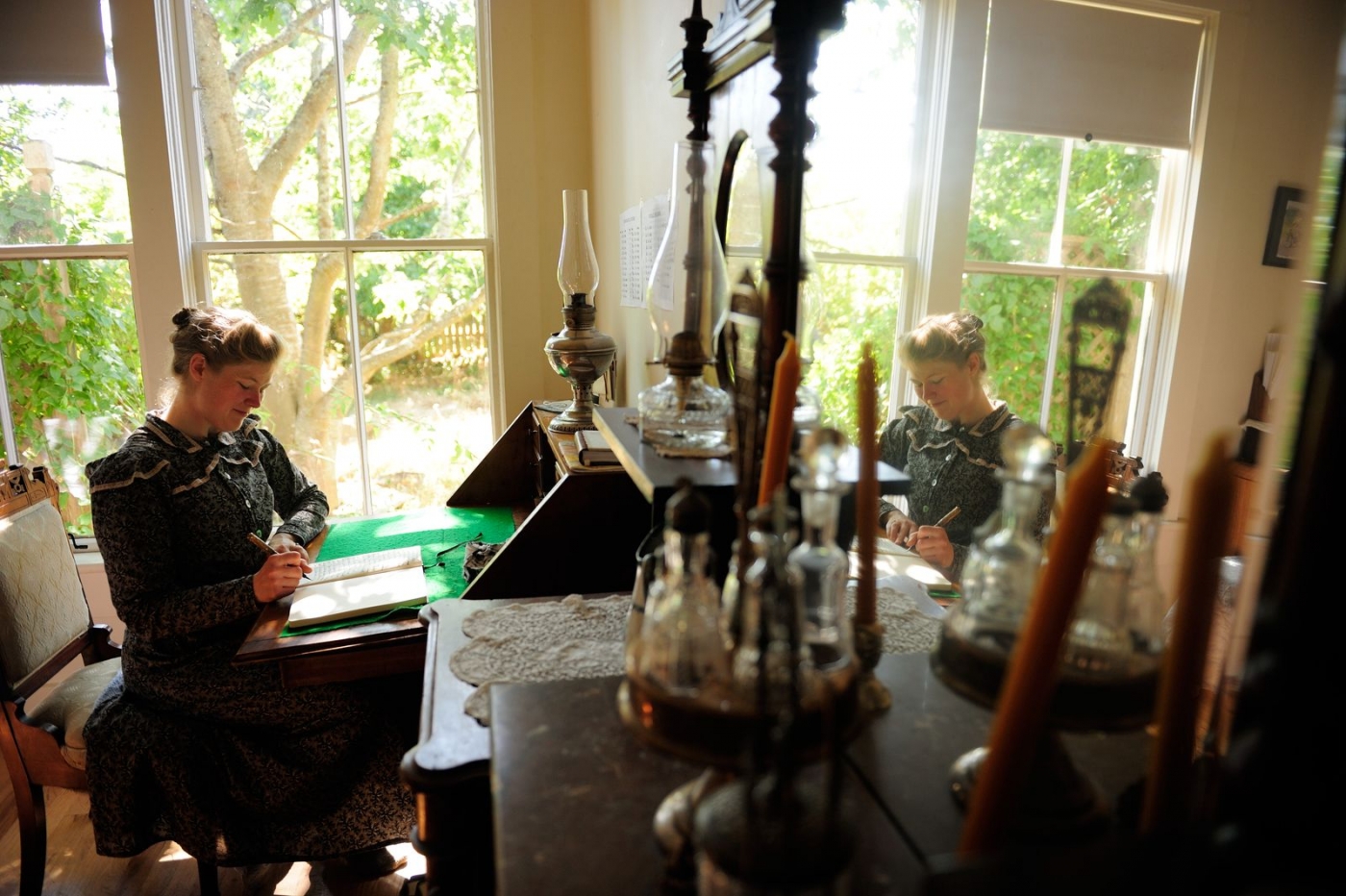 Sarah Chrisman and her husband Gabriel have an impressive dedication to the Victorian era. So much so, that they go beyond dress and conduct their everyday lives with only the technologies available during the late 1880s and '90s. Chrisman wrote about her experience in a detailed article on Vox.

These women have definitely found a way to turn back time!