San Francisco-based design company MonkeyLectric has just launched a Kickstarter campaign for the Monkey Light Pro, a bicycle wheel display with the ability to feature motion graphics while you ride. The LED display is said to be compatible with any standard bicycle wheel, essentially allowing anyone to mount it on their wheels and put on a moving light show while they go for a ride. The best part is that the images or messages that are presented on your wheels are totally up to you.

The Monkey Light Pro allows customers to edit and organize whichever images they want to feature and wirelessly download them to the display. This includes logos, text, and even animations. The product also comes with its own preloaded art to display until you add your own work. Even more impressive, the semi-transparent display is built in such a way that it is visible from both sides of the bike and can maintain image stability from 10-40mph.

With 53 days still left to go, the project has already funded over $100,000 of its $180,000 goal. Be sure to check out their Kickstarter page for the list of perks that come with donating and any future updates. 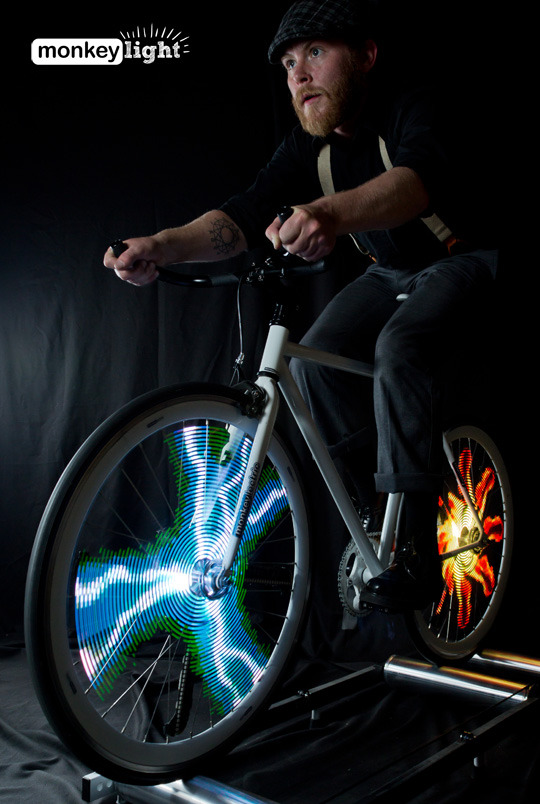 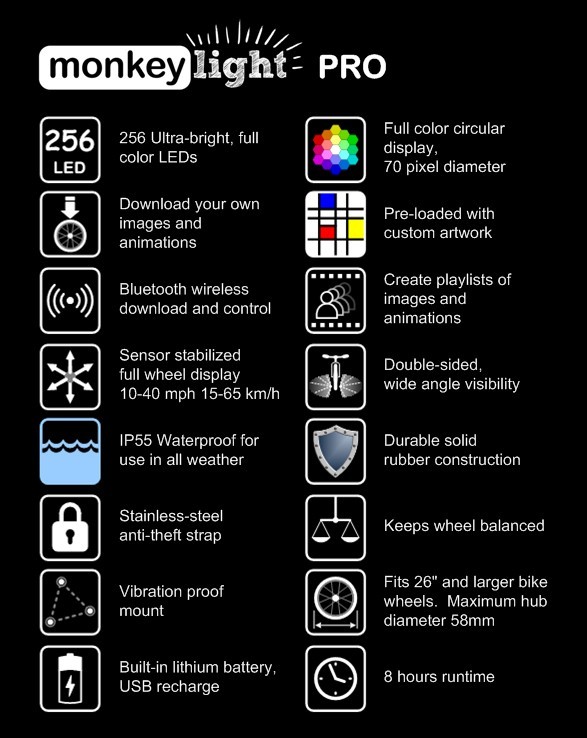