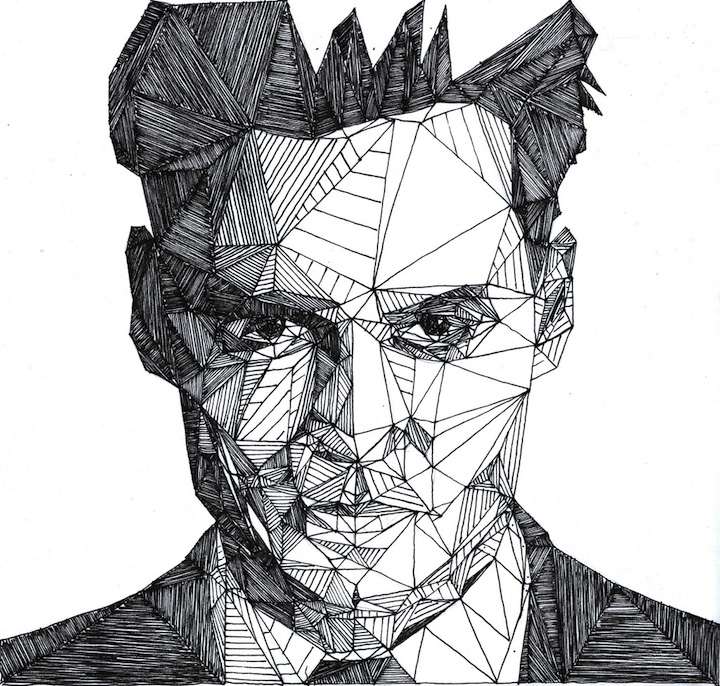 Artist Josh Bryan's beautiful pen portrait of Marilyn Monroe is still one of my all-time favorite artworks of her. (How I'd love a print!) Using just black fineliner pens, which range from 0.1 mm to 1.0 mm, Bryan creates triangles of varying sizes until they resemble a familiar face. As he explains to us, “The creative process is quite simple. I make sure the image I use as a reference isn't too well-known, even though the subjects are. I then map triangles over the face drawing, around the different tones on the face. The lines are added in afterwards to determine the amount of tone needed in each triangle.”

It can take Bryan anywhere from seven to 12 hours to finish each drawing, depending on the darkness of the image. After we featured his work on My Modern Met, the artist released two more works to the public – Johnny Depp and Amy Winehouse. “The Johnny Depp drawing is actually the first one of the series that I did, and Amy Winehouse is the latest,” he states. “Hopefully you can see there's a little improvement between the two.” Love them both. 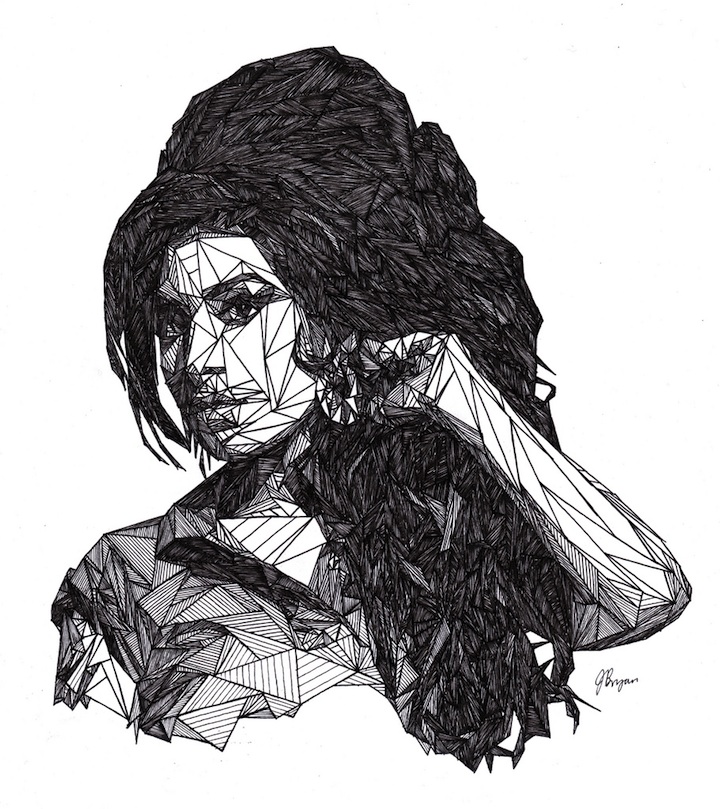