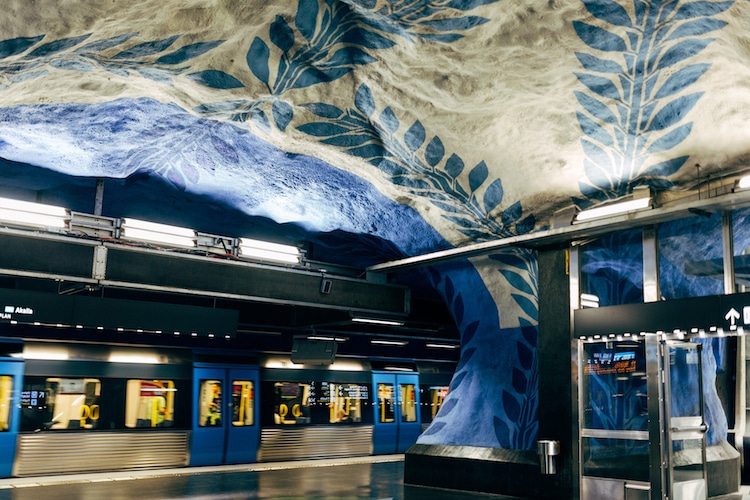 Do you rely on underground trains to take you to and from work every day? If so, you know that commuting can grow a bit monotonous, especially when navigating the bland walls and beige walkways of a station. In order to add a touch of creativity to the public transit system, cities across the globe are turning insipid stations into immersive experiences.

Here, we take a tour of the world's most beautiful underground stations, featuring stops that sparkle with mosaics, showcase hand-painted platforms, and even transport passengers to the pages of a Jules Verne novel.

All aboard! It's time to travel around the world and explore some of the most beautiful underground stations. 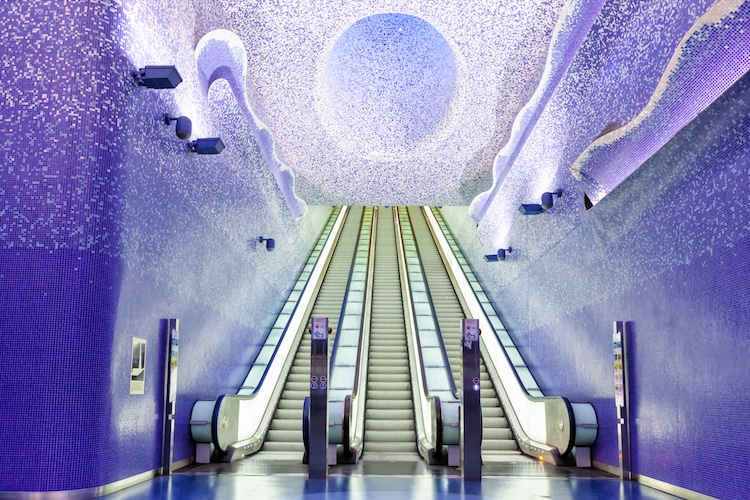 In 2012, the Toledo Metro Station in Naples, Italy, made its spectacular debut. Designed by the Spanish firm of “all-around artist” Oscar Tusquets Blanca, this water-and-light themed stop is celebrated for its beautiful blue and white mosaics, which turn an escalator ride into an ethereal experience.

Blurring the line between arts and crafts and architecture, this design was born out of Blanca's desire to collaborate with artists—a move that he believes “makes other architects uncomfortable.” He elaborates: “I’ve done it with painters, sculptors, stained-glass artists, ceramists, and landscape architects in many of my works.” 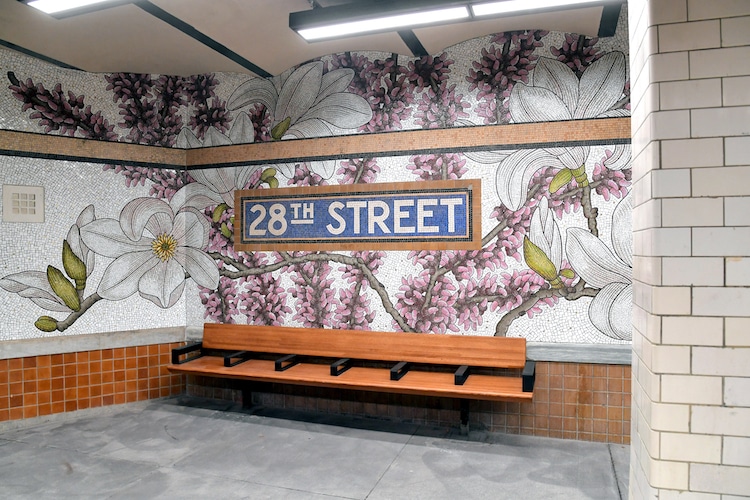 Aiming to turn the unassuming space into a “delightful place to enjoy during every season,” Blum incorporated local blooms into her design, making this site-specific installation a particularly fitting homage to the world-famous city—and the flowers that call it home. 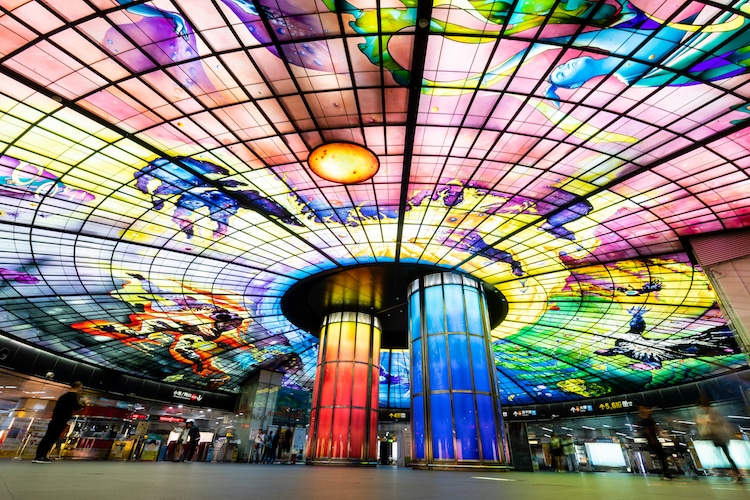 Located in the Sinsing District of Kaohsiung, Taiwan, the luminous “Dome of Light” in the Formosa Boulevard was designed by Italian artist Narcissus Quagliata. Comprising 4,500 glass panels and measuring 98 feet in diameter, this dome is currently the largest glasswork in the world.

In addition to its stunning size, the installation is celebrated for its thought-provoking symbolism. “The dome is divided into four quadrants each representing a major Universal Theme,” the artist explains. “Toward the lower edge of the dome you will find smaller Individual figures. These are archetypes symbolic of human emotions.” 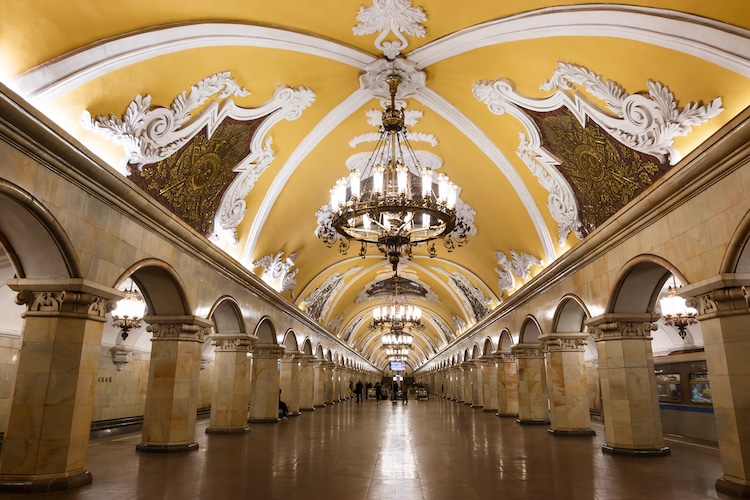 Russian architecture is known for its opulence, and the Komsomolskaya Station in Moscow is no exception. Designed in the Baroque style by renowned architect Alexey Shchusev, this hub features a yellow, barrel-vaulted ceiling decorated with ornate friezes and supported by 68 columns faced with white marble.

Komsomolskaya was intended to symbolize the pinnacle of the Stalinist Empire style—an inspiration further explored in a series of eight monumental mosaic panels that illustrate Russian history. 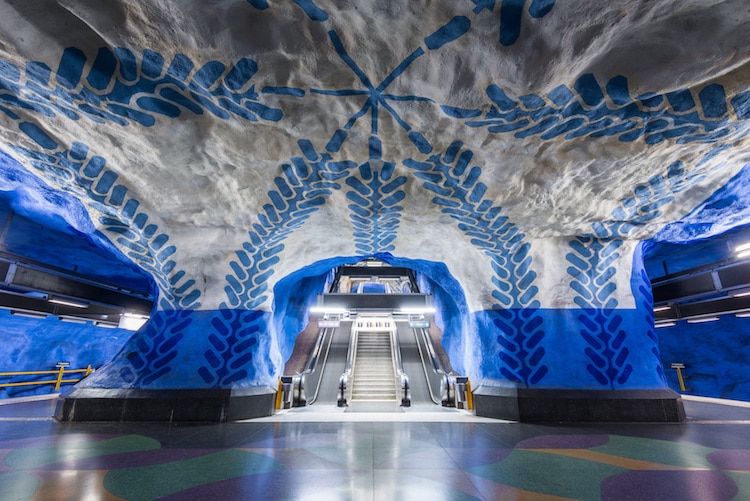 Stockholm's T-Centralen Station is the main hub of the city's underground system. Featuring cave-like walls decorated with hand-painted floral motifs, this stop is one of nearly 100 bustling Stockholm stations adorned with eye-catching art.

The paintings that cover the rugged walls of the T-Centralen Station were created by Finnish artist Per Olof Ultvedt in 1975. Thinking strategically without sacrificing aesthetics, Ultvedt opted to render his designs in a beautiful shade of blue in order to offer commuters a sense of calm as they rush to and from their trains. 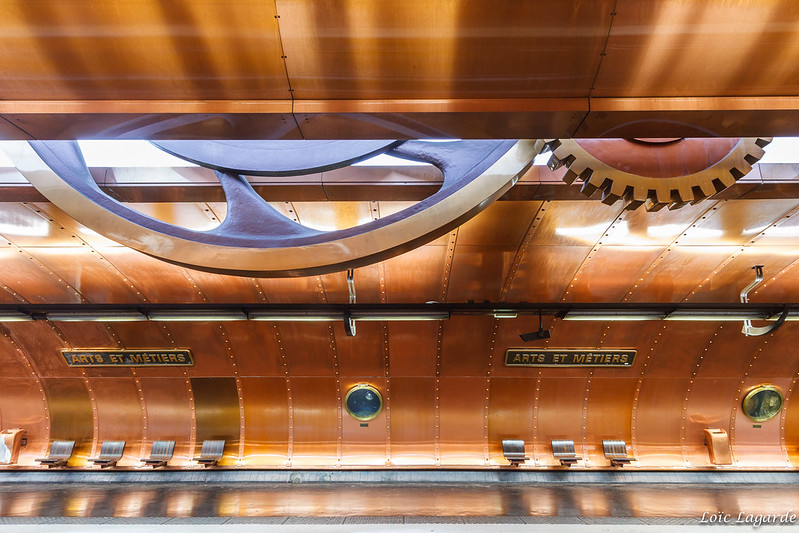 This station is lined with shiny sheets of copper dotted with porthole-shaped windows. Behind the glass of these circular cut-outs are dioramas detailing some of the inventions found in the museum. When they're not peaking through these curious portholes, passengers are captivated by “a panel of gears, pulleys, and cogs on the vaulted ceiling” floating just above the train tracks.