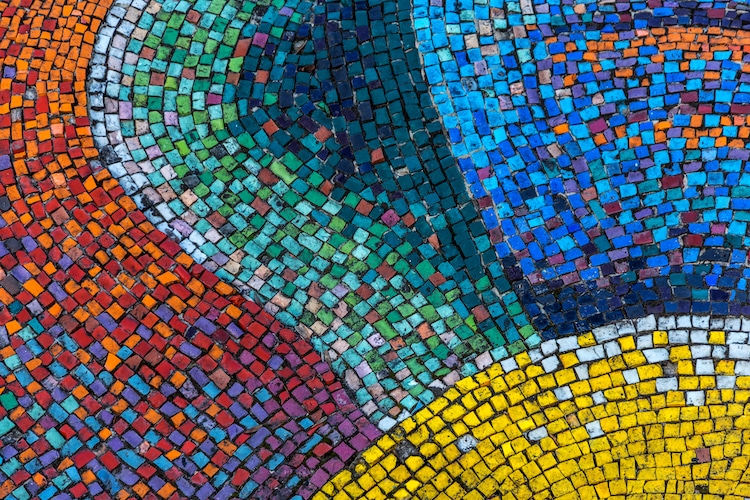 Since ancient times, mosaics have mesmerized with their dazzling colors and distinctive aesthetic. Often made of meticulously arranged colored glass tiles, mosaics offer an eye-catching approach to art and decoration.

Due to their ornate designs and seemingly mysterious methods, you may think that the mosaic-making practice is best left to the professionals. However, with just a handful of materials and a couple of tools, you can make your own glistening work of glass art.

Before trying your hand at this timeless craft, it's helpful to know a bit about its unique background and age-old history.

Mosaics are assemblages composed out of tessera (small pieces of glass, stone, or other nature-based materials). When made out of glass, these pieces are typically cut into squares or shaped using special tools. 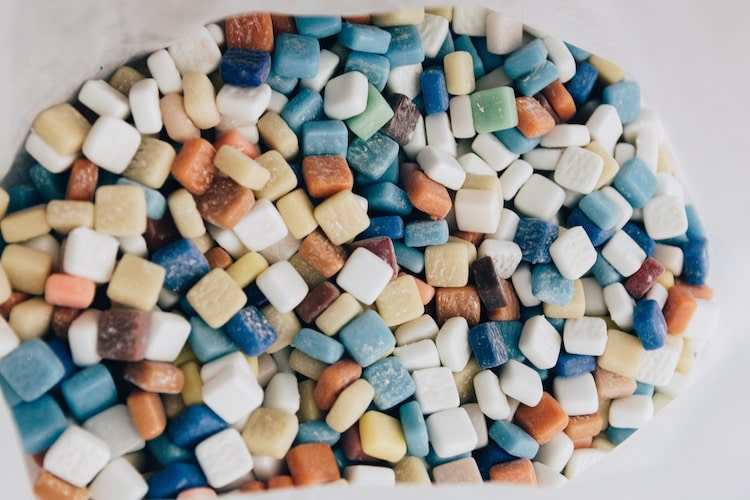 The tiles or fragments are then arranged into patterns, pictures, and other decorative designs that are held together by an adhesive and grout.

The History of Mosaics

Mosaics have been a popular art form in several cultures around the world. The earliest known mosaics were found in a Mesopotamian temple dating back to the 3rd millennium BC. Made up of ivory, seashells, and stones, these decorative, abstract pieces laid the groundwork for mosaics made thousands of years later in Ancient Greece and the Roman Empire. Unlike the Mesopotamian mosaic-makers, however, Classical artists opted to create pictures, patterns, and motifs in their mosaics. 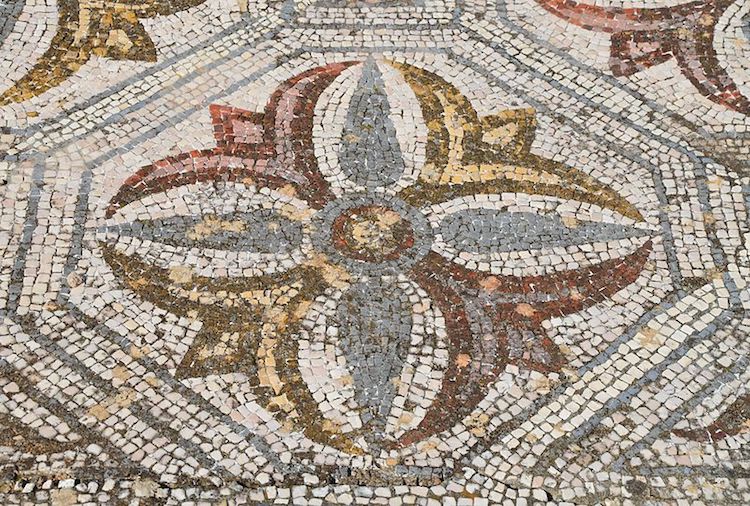 From the 4th century until the Renaissance, mosaics popped up in Catholic basilicas across Italy. These ethereal glass works adorned the ceilings and floors and typically depicted transcendent portraits of saints and other biblical figures. 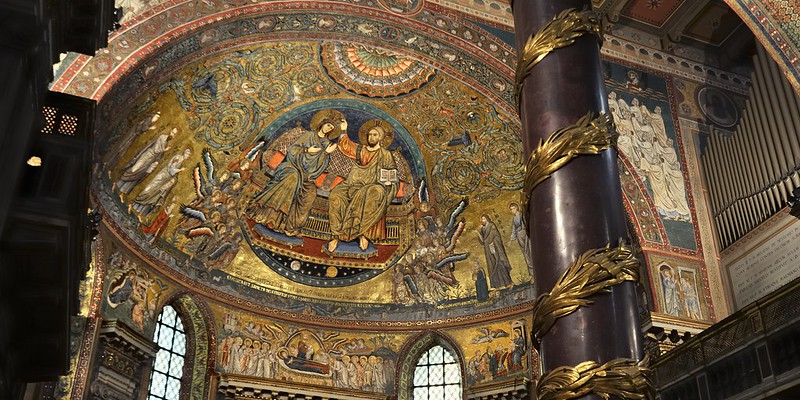 Mosaics are also a celebrated staple of early Islamic architecture, proving particularly popular in the 7th and 8th centuries. These works often feature repeating geometric forms, vivid color, and ornate patterns and appear both within and on the façades of buildings. 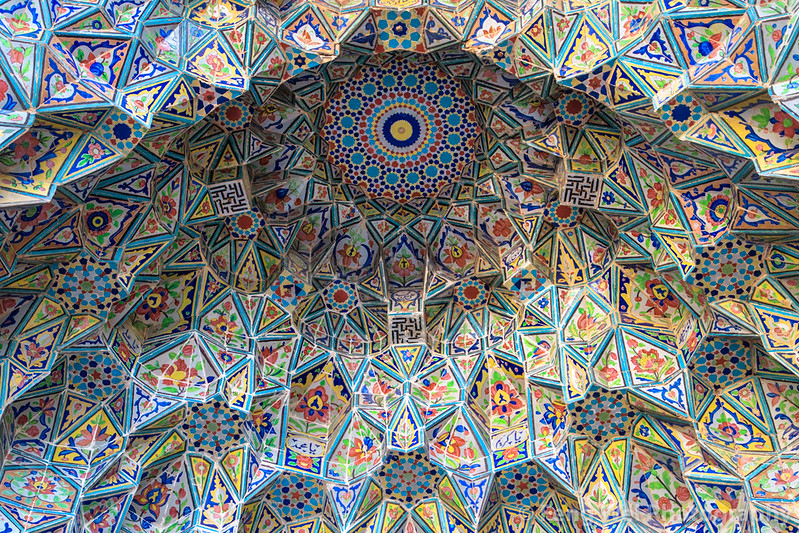 During the Middle Ages, mosaics were central to Byzantine art. Often portraits, these pieces are renowned for their intricate details and liberal use of glimmering gold leaf. While most of these works have been destroyed, those that remain are celebrated as some of the most splendid mosaics in the world. 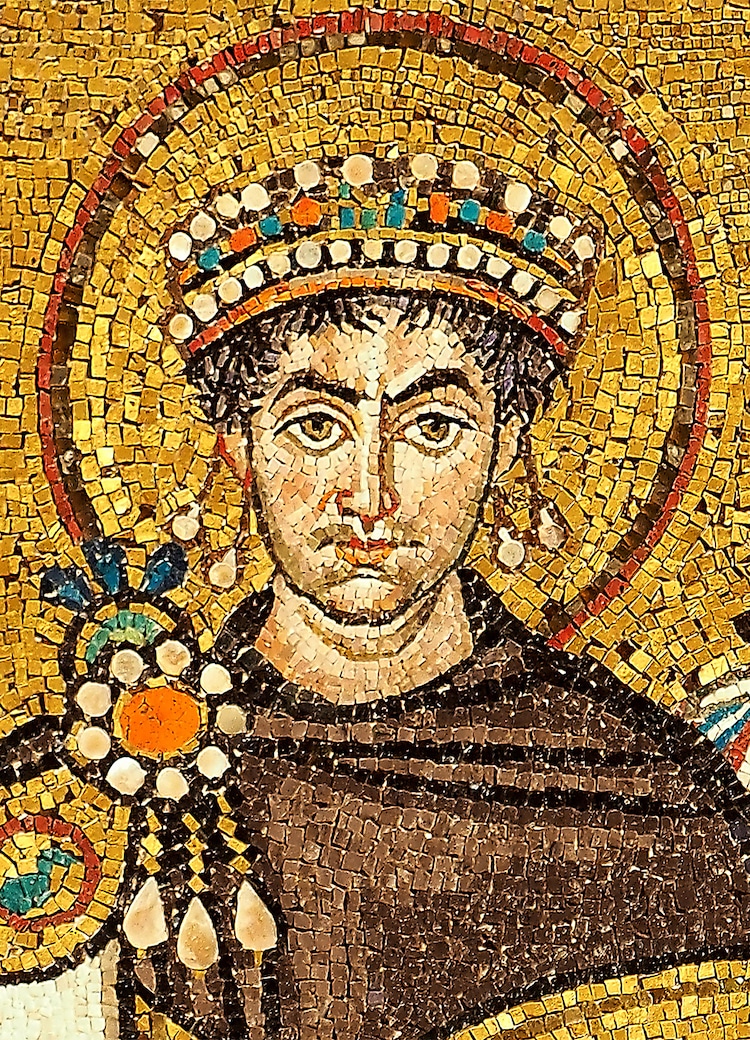 Though Renaissance artists rejected the craft, it was revived by Modernists. From the great Antoni Gaudí to art deco designers, these modern artists helped keep the ancient art form alive and paved the way for contemporary mosaic-makers. 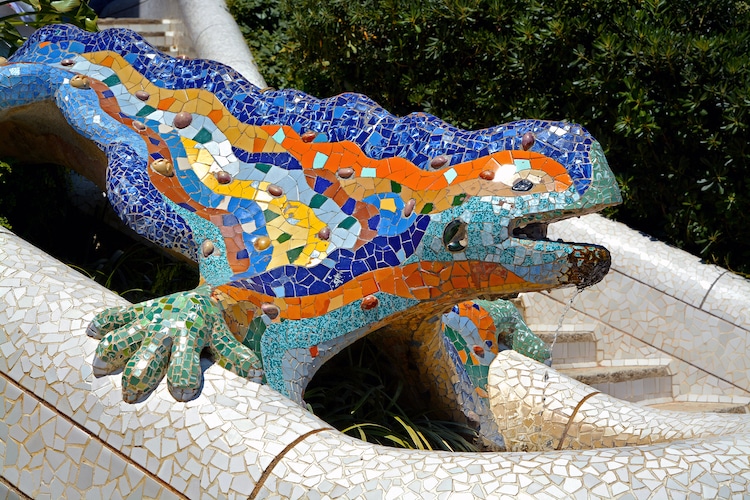 Lizard Fountain at Park Guell in in Barcelona, Spain. (Photo: MarinaDa via Shutterstock)

Page 1/2
Like this mesmerizing art form? Share
Like My Modern Met on Facebook
Get Our Weekly Newsletter
Become a
My Modern Met Member
As a member, you'll join us in our effort to support the arts.
Become a Member
Explore member benefits