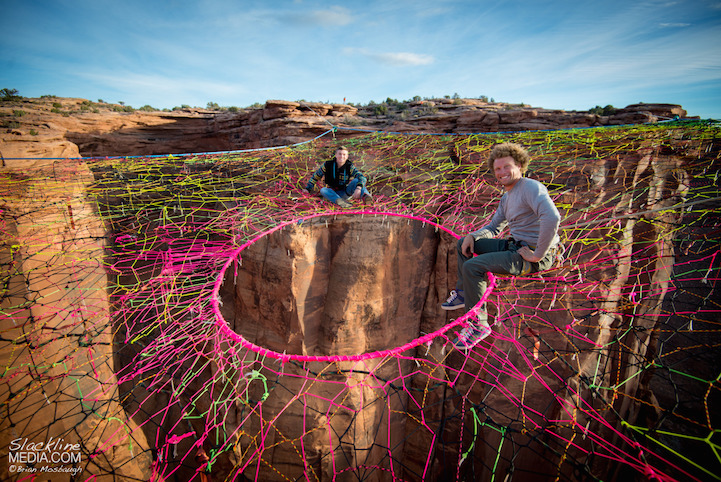 During the recently-passed Thanksgiving holiday, a group of BASE jumpers, highliners, and friendly volunteers constructed a large pentagon-shaped hammock and suspended it 400 feet above the Moab desert in Utah. They called it the Mothership Space Net Penthouse, and it majestically hung over the red-rock floor for one unforgettable day.

This incredible hammock had something for everyone. Highliners attempted to walk across all five different legs of the net that varied in lengths up to 262 feet long. BASE jumpers leapt from the human-sized hole in the middle, and paragliders flew by while dropping wingsuit pilots from high above. Talk about daredevils!

The Mothership was the brainchild of Andy Lewis, and it took more than 50 people over a three day period to install it. “This was without a doubt one of the most unique Thanksgiving gatherings we've had out here in the Moab desert,” photographer Brian Mosbaugh writes on the Slackline Media website. No one was injured while performing these dangerous stunts, and the project established new relationships by bringing the community of athletes and supporters closer together. 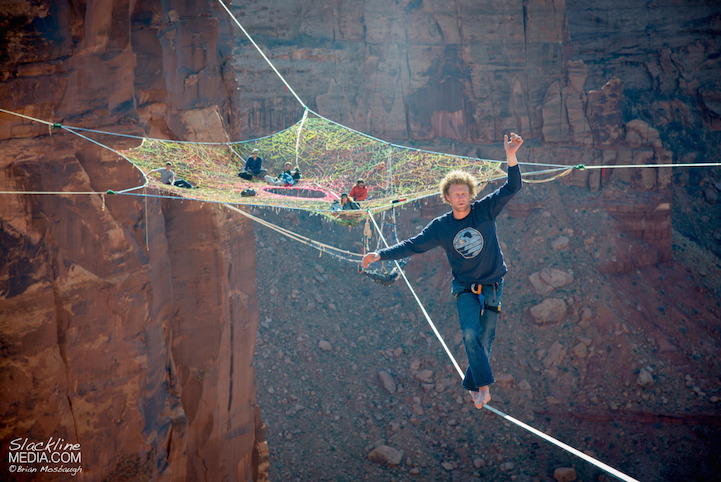 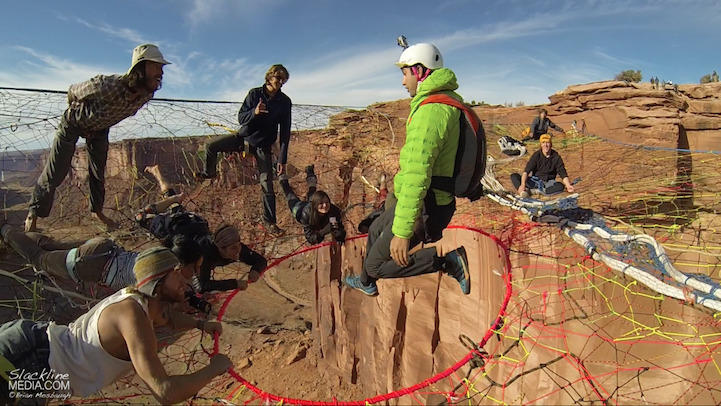 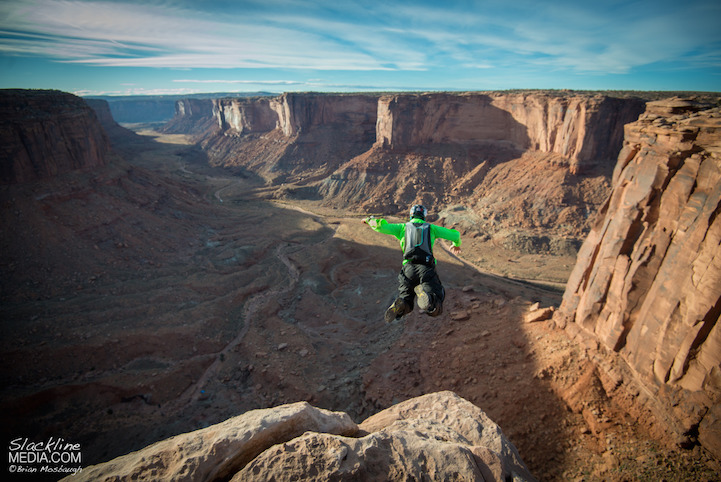 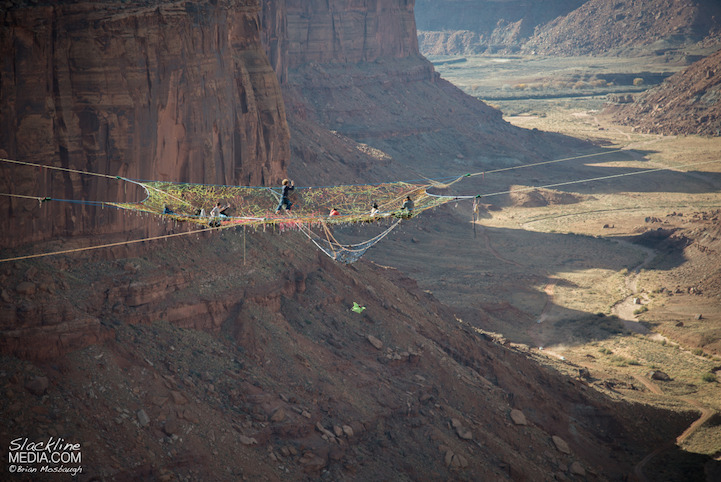 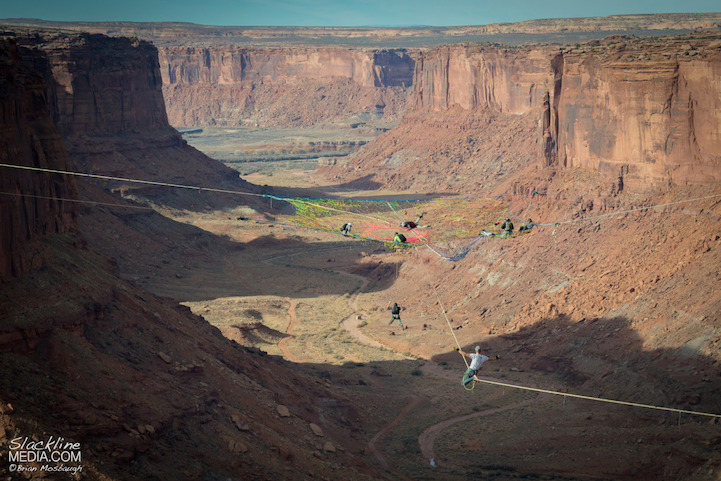 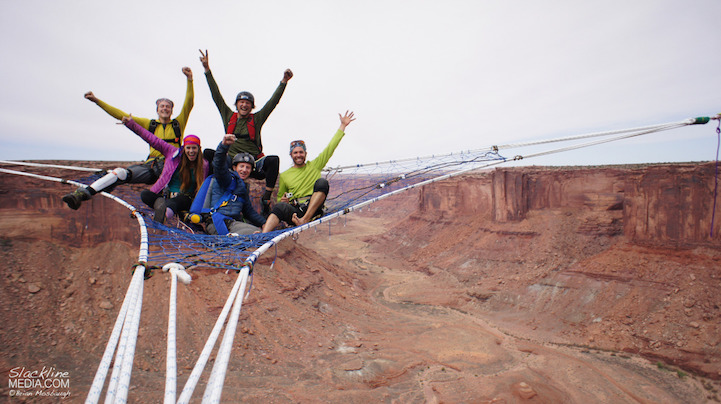