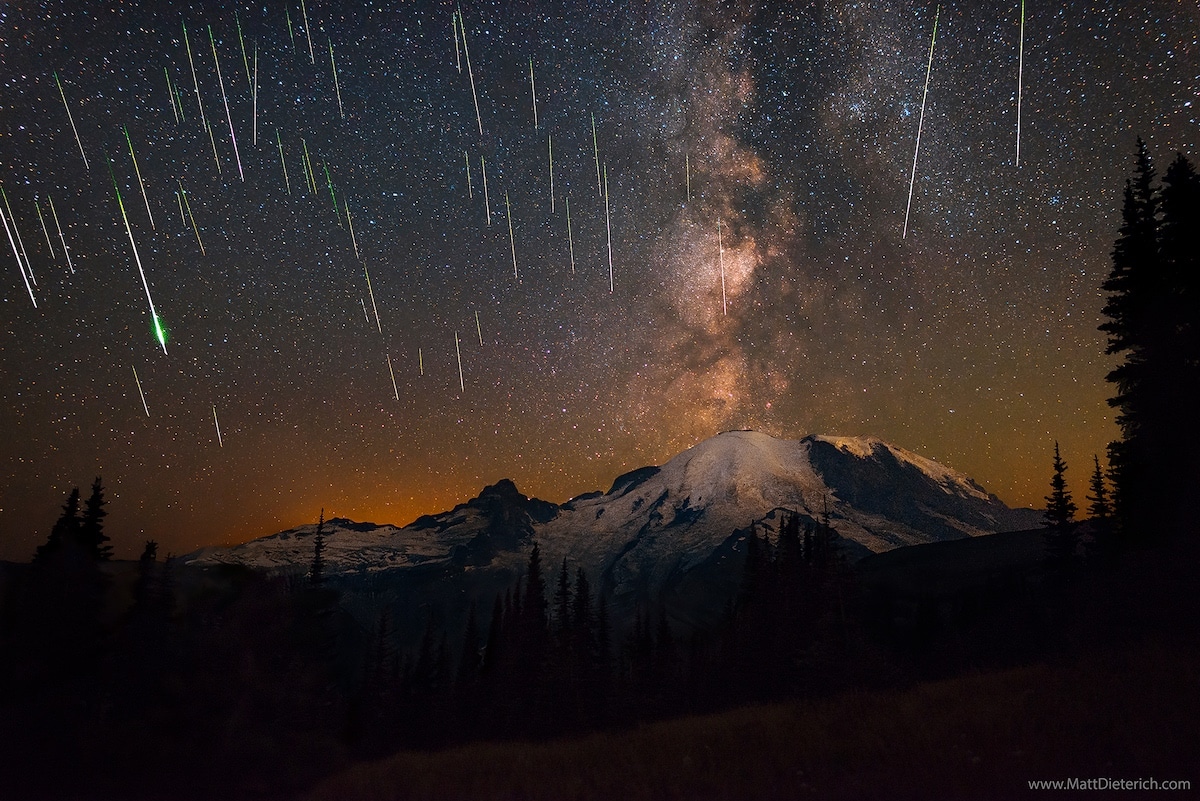 Each summer the Northern Hemisphere is in for a delightful light show thanks to the Perseid meteor shower. From mid-July to late-August, these streaks of matter dart across the sky—as many as 60 per hour. During this magical time, astronomy lovers set their sights on the cosmos and wait in darkness for the meteors to emerge. If you missed seeing this spectacular sight, astronomer and photographer Matt Dieterich has an incredible image that will have you running outside to catch the Perseids the next time they appear.

Dieterich, who has a master's degree in geology and planetary science, has a fondness for Mount Rainier National Park. Not only did he work there as an Astronomy Ranger, but one of his photographs taken in the park was selected by the United States Postal Service to become a Forever Stamp in 2016. So, it makes perfect sense that Mount Rainier would be his location of choice to take in the Perseid meteor shower.

After researching when the meteors would be at peak visibility, he carefully selected a location within the park for his photoshoot. “I wanted to find an interesting scene to compose,” he tells My Modern Met. “Since the Milky Way was visible I found a vantage point where Mount Rainier appears to be erupting the Milky Way from its summit.”

After hours in the park recording a time-lapse of the night sky, he estimates that he saw over 200 meteors in a period of three hours. As it's difficult to capture them all on camera, Dieterich created his final still image by compositing all the stills where bright Perseid meteors are visible. The sheer number of meteors—coupled with the majesty of the Milky Way and the iconic Mount Rainier—makes for an unforgettable photo.

Dieterich hopes that his photo will inspire more people to get outdoors, take in the stars for themselves, and enjoy the power of nature. “My favorite aspect of astrophotography is being able to feel part of something larger than myself when outside at night in nature,” he says. “Being out under the stars really feels like I am taking a step back into history and experiencing something special that humans for thousands of years have cherished.”

Check out more photos of the Perseid meteor shower and the Milky Way over Mount Rainier. 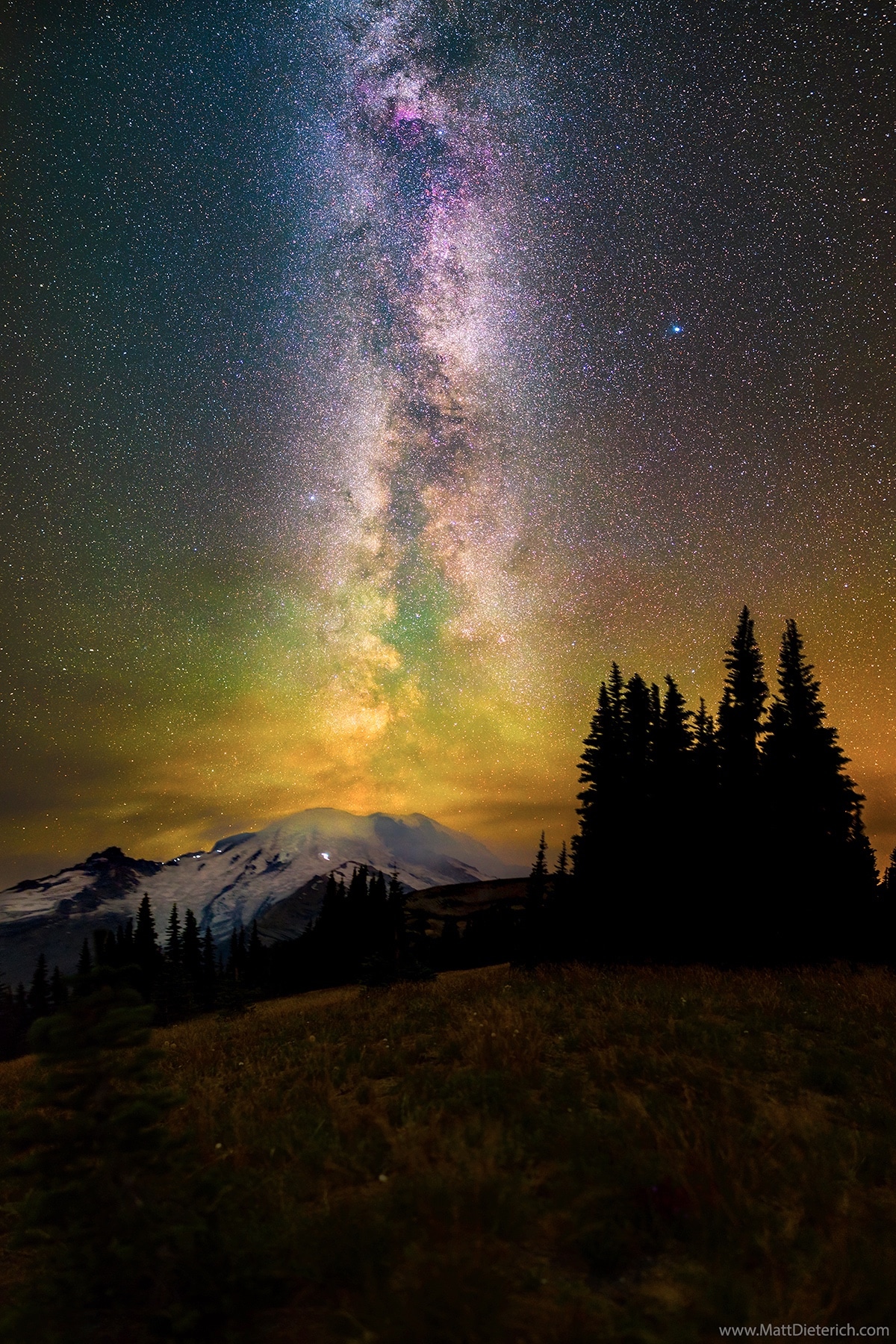 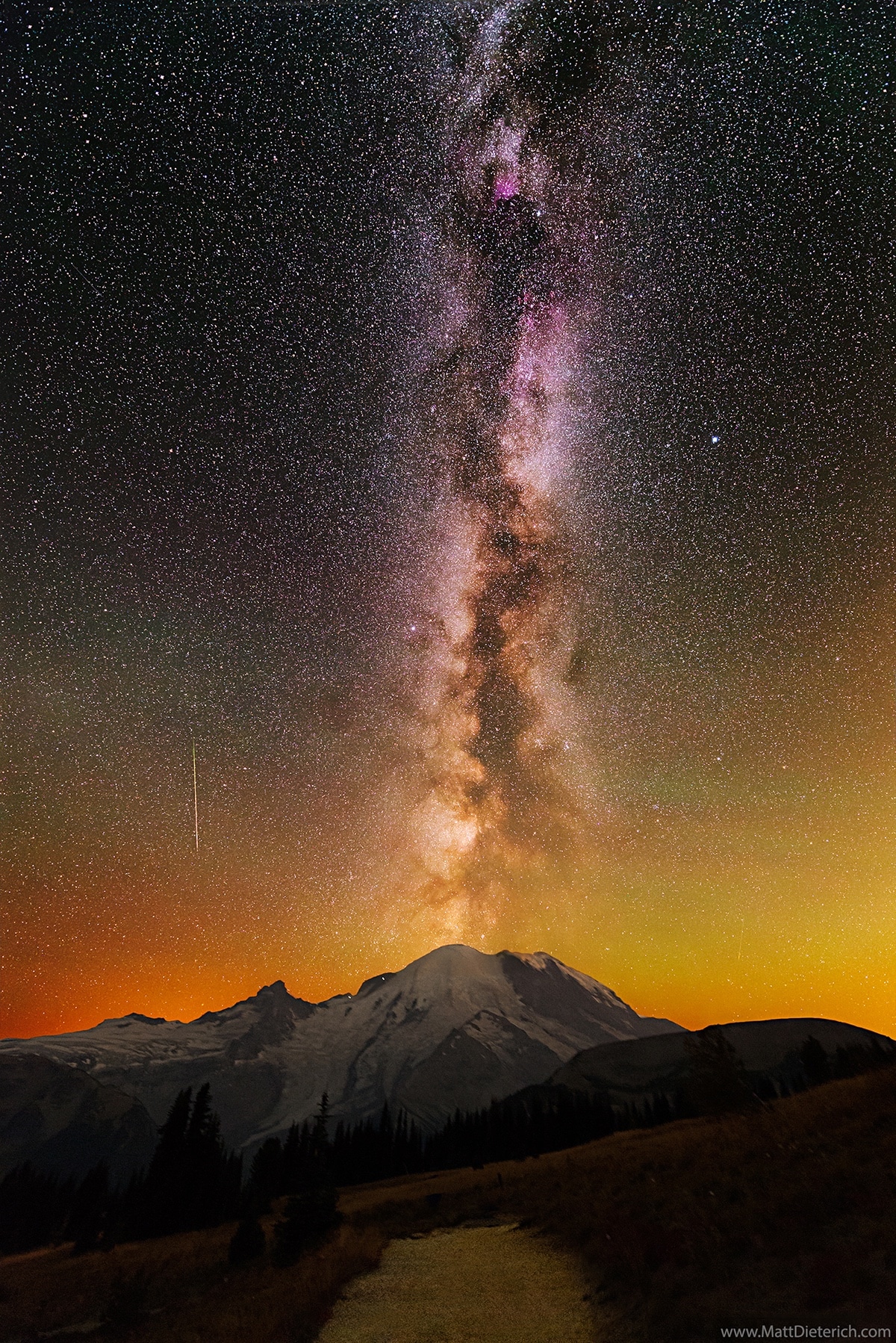 This time-lapse also includes the Milky Way and stunning footage of the Aurora, in addition to the meteors.

In awe of nature? Share
Like My Modern Met on Facebook
Get Our Weekly Newsletter
Become a
My Modern Met Member
As a member, you'll join us in our effort to support the arts.
Become a Member
Explore member benefits