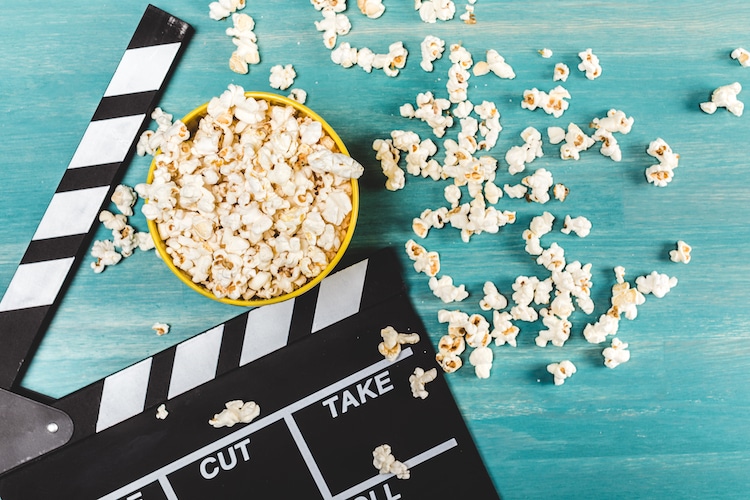 Photo: K.Klimenko/DepositPhotos
This post may contain affiliate links. If you make a purchase, My Modern Met may earn an affiliate commission. Please read our disclosure for more info.

While it's certainly interesting to read about the lives of famous artists, there's something about seeing them on screen that can't be replicated. So many famous artists have had such incredible lives that they seem made for a movie, and thankfully some incredible films about painters have been made throughout the years. Some are closer to documentaries, while others take some liberties with their scripts, but they all paint fascinating pictures of their subjects.

Some films, like 1965's The Agony and the Ecstasy starring Charlton Heston as Michelangelo, bring to life stories that happened well before our time. Others, like 2000's Pollock or 1996's Basquiat, tell tales of artists whose legacies remain fresh in our minds. Whenever or wherever they take place, the best films about painters transport us back in time and immerse us in the creative environment of the artists. They share the struggles and triumphs that helped shape their art.

So if you are hungry for some art, but can't make it out to the museum or a gallery, why not fire up the television and learn a bit more about one of your favorite artists? We've curated a list of 10 movies about artists that are all available to watch via Amazon Prime Video, making it easy to sit back, relax, and enjoy a few hours of art.

Here are 10 fascinating movies about artists that you can watch on Amazon.

Watch Charlton Heston's dramatic take on Michelangelo and the creation of the Sistine Chapel Ceiling in this epic film partially based on Irving Stone's book The Agony and the Ecstasy. The dramatic tension between the characters of Michelangelo and Pope Julius II, played by Rex Harrison, was real. Heston and Harrison did not get along throughout the production and avoided each other at all costs. Watch on Amazon

Ed Harris received an Academy Award nomination for his portrayal of Jackson Pollock, master of Abstract Expressionism. The film follows Pollock's road to success, including his early failures and his lifelong struggles with alcoholism. Pollock's relationship with his wife, Lee Krasner, also plays a central role in the film. Marcia Gay Harden won an Oscar for her portrayal of Krasner. Watch on Amazon

A star-studded cast that includes David Bowie as Andy Warhol, as well as Dennis Hopper, Gary Oldman, Courtney Love, Christopher Walken, and Willem Dafoe, help tell the story of Jean-Michel Basquiat. Julian Schnabel directed the film, which received favorable reviews, and Jeffrey Wright played the role of Basquiat. The slightly fictionalized story follows a young Basquiat as he works his way through New York's contemporary art scene and shows the dark side of success. Watch on Amazon

Acclaimed director Robert Altman took on the complex relationship between Vincent van Gogh and his brother Theo. The movie opens to the current day with a Van Gogh selling at auction for millions of dollars and then moves back in time to remind us that Van Gogh, played by Tim Roth, was largely unsuccessful in his day. In fact, he mainly survived thanks to the generosity of his brother Theo, who is played by Paul Rhys. The movie received high marks and was released to theaters with a run time of 135 minutes. However, it was later released as a longer four-episode miniseries on television. Watch on Amazon

Salma Hayek takes a star turn in her Oscar-nominated performance as Mexican painter Frida Kahlo. The film opens with Kahlo's tragic bus accident as a young woman and follows her through her tumultuous relationship with fellow artist Diego Rivera, played by Alfred Molina. Allusions to Kahlo's paintings are littered throughout the film, which ends with her being taken on a bed into her first solo exhibition. Watch on Amazon

Though it received mixed reviews, Surviving Picasso provides an interesting perspective on the legendary artist. Played by Anthony Hopkins, Picasso's life is viewed through the lens of his lover Françoise Gilot and includes many of the women who came into his life. The focus here is heavily on Picasso's personal life, as the filmmakers weren't given permission to use his art in the movie. Watch on Amazon

Scarlett Johansson plays the title character in one of her first leading roles as an adult. Colin Firth is given the task of playing Vermeer in this film based on Tracy Chevalier's book of the same name. This piece of historical fiction takes us inside 17th-century Holland and gives a backstory to the mysterious girl in Vermeer's famous painting. Dealing with themes of power, sex, money, and obsession, Girl with the Peral Earring is the perfect mix of historical fiction and art history. Watch on Amazon

Mr. Turner explores the final 25 years of the English Romantic painter J. M. W. Turner. Already a success when the film opens, Turner is shown exploring romantic relationships, traveling, painting, and getting into mischief. This includes strapping himself to the mast of a ship so that he can paint in a snowstorm and facing off against rival John Constable. The movie earned four nominations at the Academy Awards and at the British Academy Film Awards. Watch on Amazon

Covering thirty years of Edvard Munch's life, the film was originally a Norwegian and Swedish miniseries before being released in American theaters. The movie focuses on how death and disease in Munch's family, as well as an early love affair, shapes his art. Filmed in a docudrama style, the cast is mainly comprised of Norwegian non-actors who re-enact scenes from Munch's life. Filled with moments where the cast speaks directly to the camera, the movie was called “a work of genius” by Ingmar Bergman. Watch on Amazon

Van Gogh makes another appearance on our list with this classic starring Kirk Douglas in the title role. Directed by Vincente Minnelli—father of Liza Minnelli—Lust for Life is based on Irving Stone's book and is a rather faithful depiction of Van Gogh's life. Douglas was universally praised for his work portraying the Dutch painter and Anthony Quinn won an Academy Award for his supporting role as Paul Gauguin. Watch on Amazon