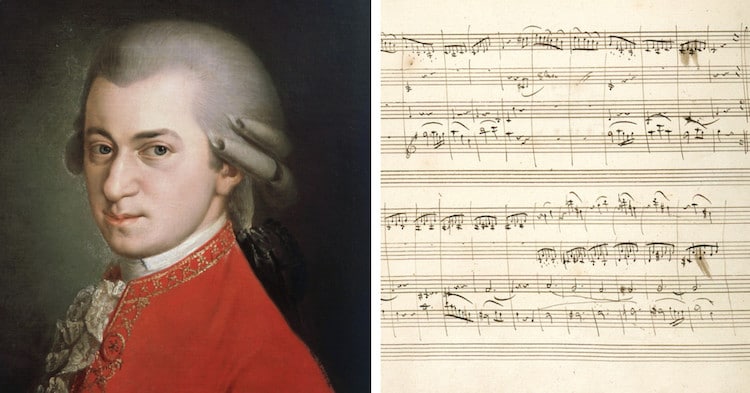 With an online collection that features everything from prints to patents, the British Library is at the forefront of today's digitization trend. Through a virtual gallery, the library lets book lovers and history buffs leaf through its one-of-a-kind treasures, including the world's biggest atlas, Leonardo da Vinci's notebook, and, now, Mozart's manuscript.

The classical composer compiled his pieces in this thematic catalogue from February 1784 until his death in December 1791. During this time, he devised some of his most well-known works, including operas like The Marriage of Figaro and Don Giovanni. Additionally, he also composed “several of his most beautiful piano sonatas, and his last three great symphonies, as well as several famous lesser works” throughout this period.

Mozart organized this unique musical diary in chronological order according to each piece's date of completion. On each of the book's left-hand pages, he transcribed the date and title of five compositions. Often, he would also include the instrumentation, the identity of the singer, who it was commissioned by, and the location of its composition. On each corresponding right-hand page, he created “five pairs of staves on which he wrote the opening bars of each work.”

If you're interested in this in-depth look at Mozart's music, the British Library offers the manuscript as a webpage and as an interactive online book. In each case, the text is annotated with contextual information and accompanied by musical excerpts to give you a rare glimpse into the mind of Mozart.

The British Library has digitized Mozart's thematic catalogue. The manuscript features many of his most well-known compositions. 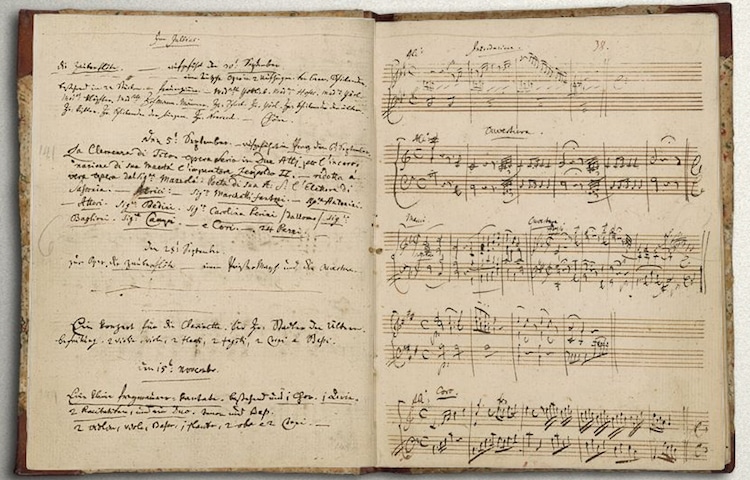 It is now offered on the British Library's website, where you can find a wealth of other free online books!

Famous Classic Composers Made of Their Own Music