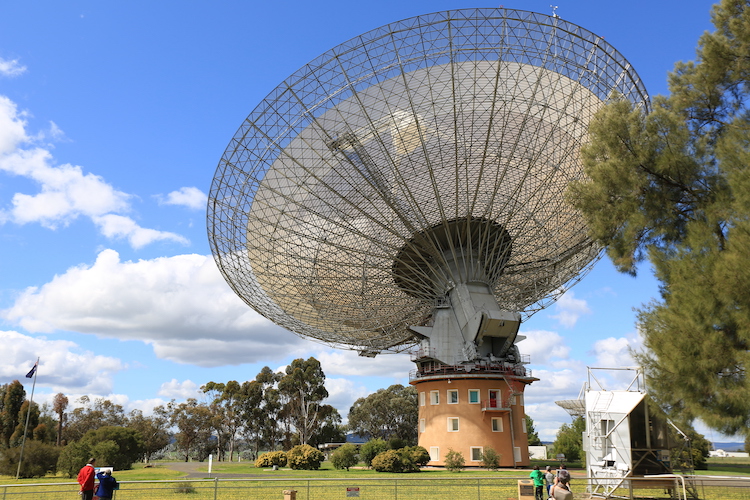 Many of us wonder about the existence of extraterrestrial life; and now, we might have gotten a step closer to finding the truth. Astronomers who are hunting for radio signals from aliens have reported that there was an “intriguing” radio wave emission coming from the Proxima Centauri system, the star closest to the sun.

The signal came from a narrow band of the radio spectrum, 982 MHz. The waves were detected in April and May 2019 at the Parkes telescope in New South Wales, Australia, which is part of the Breakthrough Listen project. (Its goal is to observe radio telescopes around the world.) At this point, it's unclear what exactly the beam is. Analysis of it is still underway, and scientists have yet to identify (publicly) what they believe it to be.

While it’s easy to let our imaginations run wild, there could be an ordinary explanation for the waves. Ground-based equipment or a passing satellite could be the source of the noise. But, there are some compelling reasons to think beyond the usual suspects. For one, 982 MHz is a band that shouldn’t have any human-made equipment transmitting on it. This signal also appears to come directly from the Proxima Centauri system which is relatively close to us—it's only 4.2 lightyears away from Earth. In addition, the beam shifted slightly while it was observed, which is in line with the movement of a planet; Proxima Centauri has a rocky body that’s 17% larger than Earth in addition to a gas giant.

As exciting—and intriguing—as this news is, the scientists working on the project are skeptical that the transmission is some form of extraterrestrial intelligence. “The most likely thing is that it’s some human cause,” explains Pete Worden, executive director of the Breakthrough Initiatives. “And when I say most likely, it’s like 99.9%” But even still, it's thrilling to imagine the possibilities if the beam is really evidence of alien life.