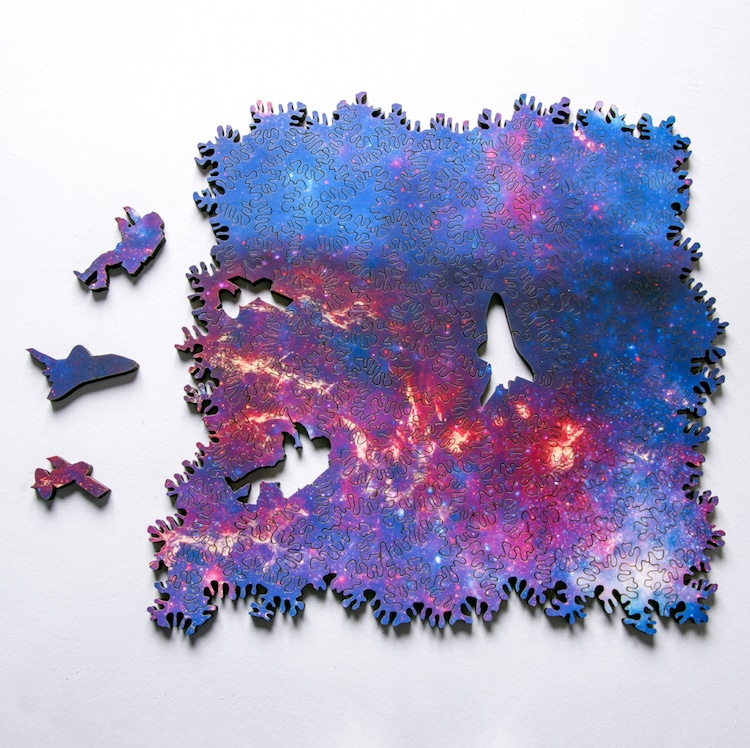 When assembling a jigsaw puzzle, there’s one tried-and-true method for successfully completing it—start with the edge pieces. Ignoring this conventional approach is design studio Nervous System, who have created an organic puzzle that has no beginning nor end. Called the Infinite Galaxy Puzzle, it’s just that—a type of jigsaw that can be constructed in a myriad of ways.

The 133 laser-cut plywood pieces boast a stunning depiction of the universe's Galactic Center taken by the Hubble telescope. This splendorous image adorns both faces of each puzzle piece, meaning there’s no wrong or right side to the Galaxy Puzzle. By flipping a jigsaw over, it can be used as part of a totally different arrangement.

The confounding activity is based on a scientific curiosity known as the Klein bottle, in which an impossible 3D shape has mathematically identical insides and outsides. While this might be maddening to some puzzle builders, this unusual flexibility offers an ingenious means to exploring the galaxy from the comfort of home.

The Infinite Galaxy Puzzle is now available in the Nervous System shop. 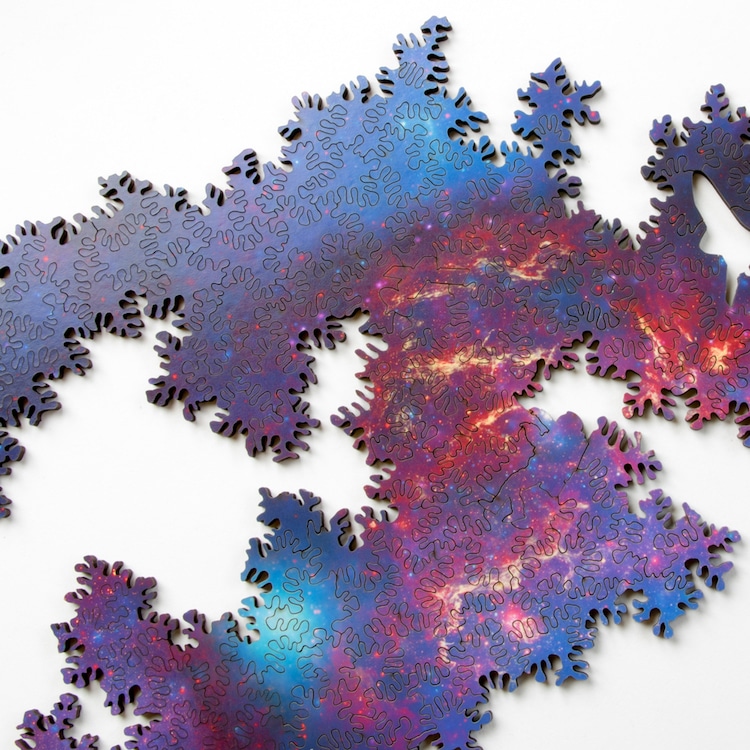 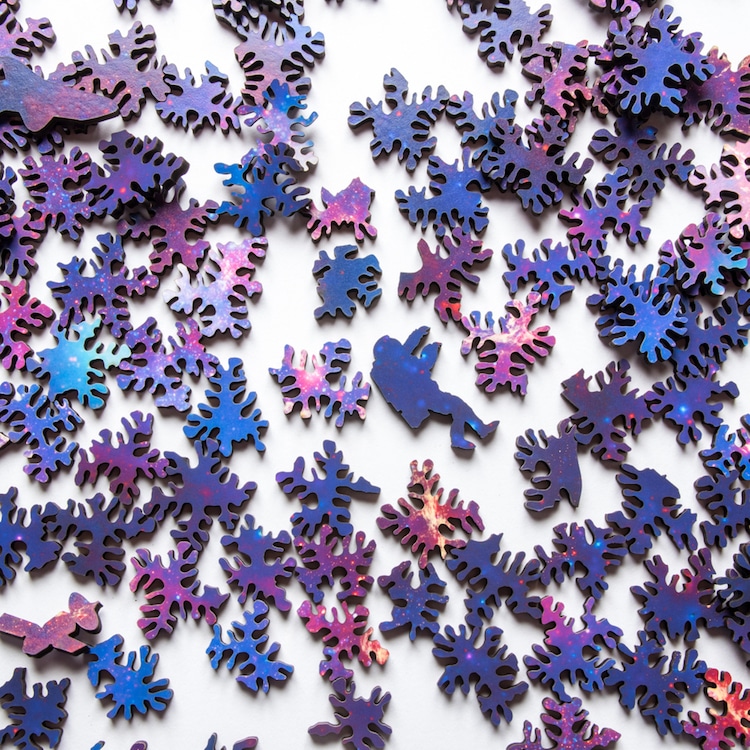 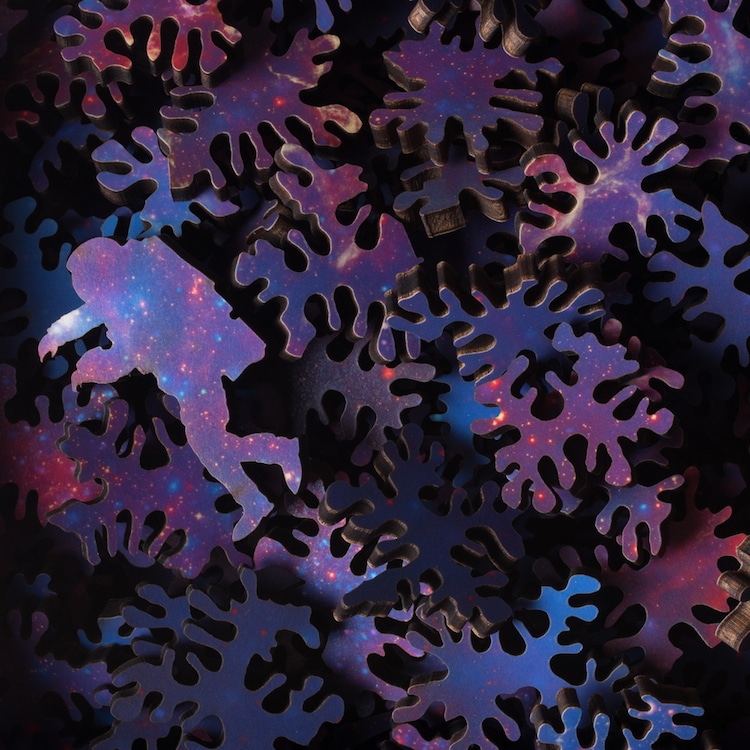 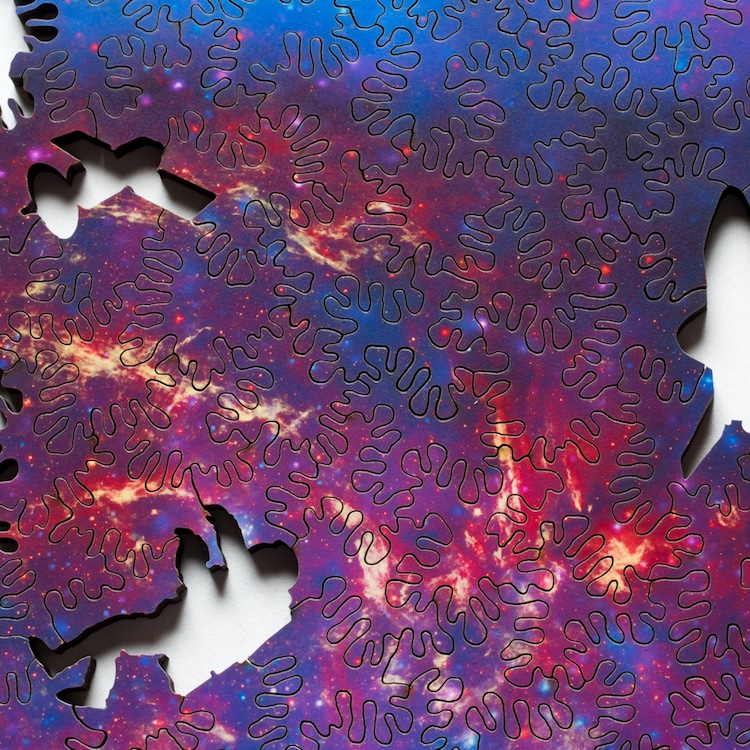 Like unique puzzles? Share
Like My Modern Met on Facebook
Get Our Weekly Newsletter
Become a
My Modern Met Member
As a member, you'll join us in our effort to support the arts.
Become a Member
Explore member benefits