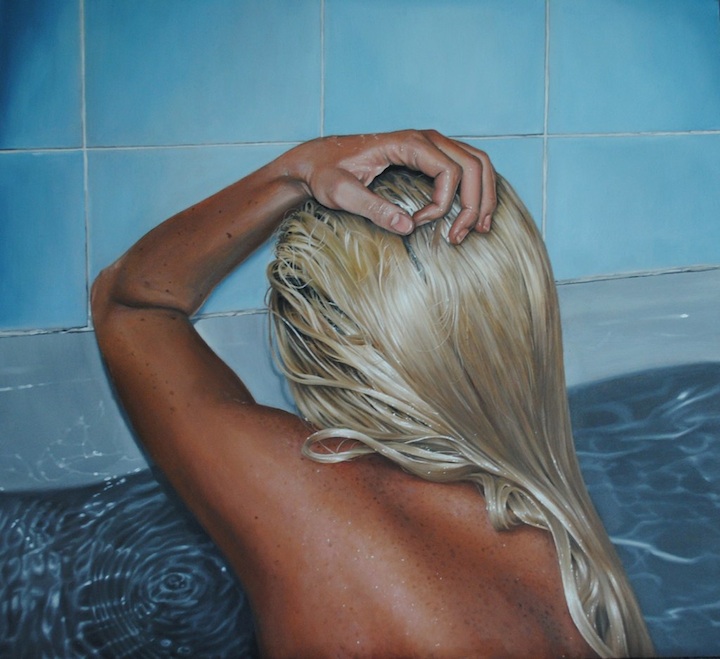 To celebrate their 5 Year Anniversary, Thinkspace Gallery is putting on the mother of all shows. One of the artists whose work they'll feature is none other than Linnea Strid. The internet went wild over Linnea's photorealistic oil paintings last year, as we discovered an artist who could paint water in an unbelievable way. This new piece is called Zero (When I'm Alone I Cease To Exist). “It's a self portrait,” she says. “For me, the painting deals with the issues of self-confidence and the difference of simply being alone or feeling lonely, even though you're surrounded by people.” Make sure to catch the Thinkspace's anniversary show to see this piece up close and personal from November 6th to November 27th.