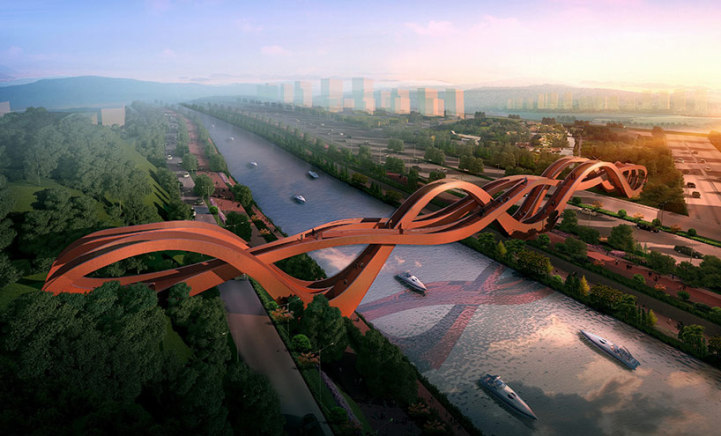 In an effort to enliven the local area of a new lake district on Changsha's Meixi Lake in China, an international competition was held to design an innovative, new pedestrian bridge that would span the length of the Dragon King Harbor River. The winning proposal was a stunning concept that rises and falls and ultimately loops back to itself, creating a seemingly endless structure, submitted by Beijing and Amsterdam-based firm NEXT Architects.

The nearly 500-foot-long steel bridge has three different pathways that each offer different views from their varying levels. Inspiration for the form was found in the popular shape of the Mbius strip, which is a never-ending surface that twists and loops back around itself. The designers behind the eye-catching bridge also drew from ancient Chinese folk art, citing the Chinese Knot as another associative image. The Changsha Meixi Lake pedestrian bridge is slated to begin construction in 2014. 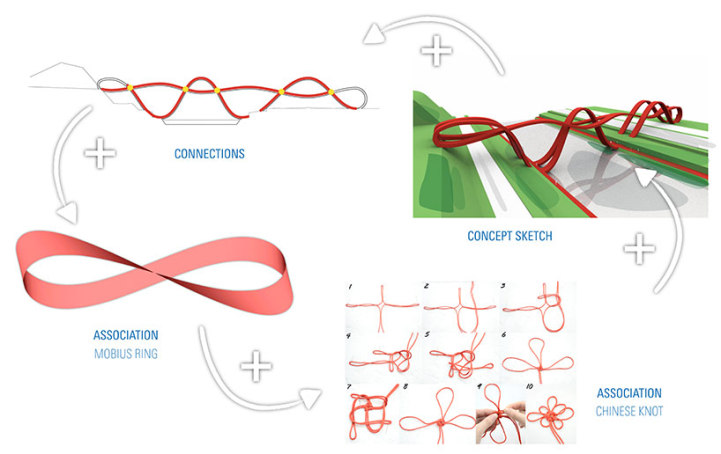