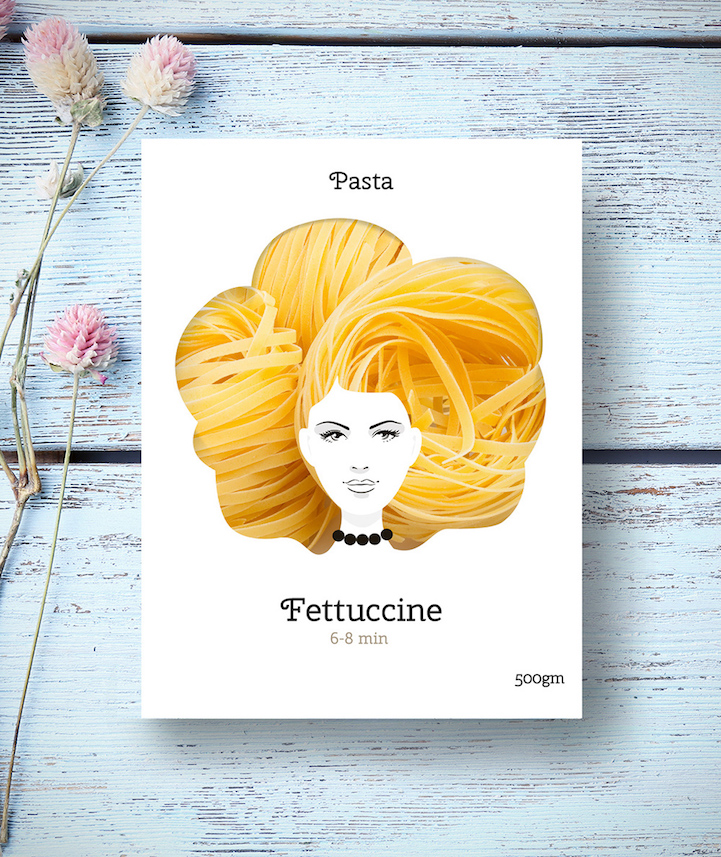 Great packaging instantly grabs your attention–especially when it's among a bevy of other competing products. Moscow-based designer Nikita Konkin has made it hard to see any other box of pasta on the shelves with this clever design concept. The shape and texture of the noodles playfully peek out a window in the silhouette of a woman's mane, mimicking the wavy, curly, and even pin-straight styles of their hair.

Konkin's three proposed designs feature line drawings of women's faces that are framed by their striking hairstyles. Although he could've simply sketched their manes, he instead allows the product to visually enhance the drawings, while simultaneously enticing you with its starchy goodness. Each hairdo is produced using either fettuccine, spaghetti, or cavatappi noodles. Suddenly, a “good hair day” is synonymous with “delicious carbs day.” 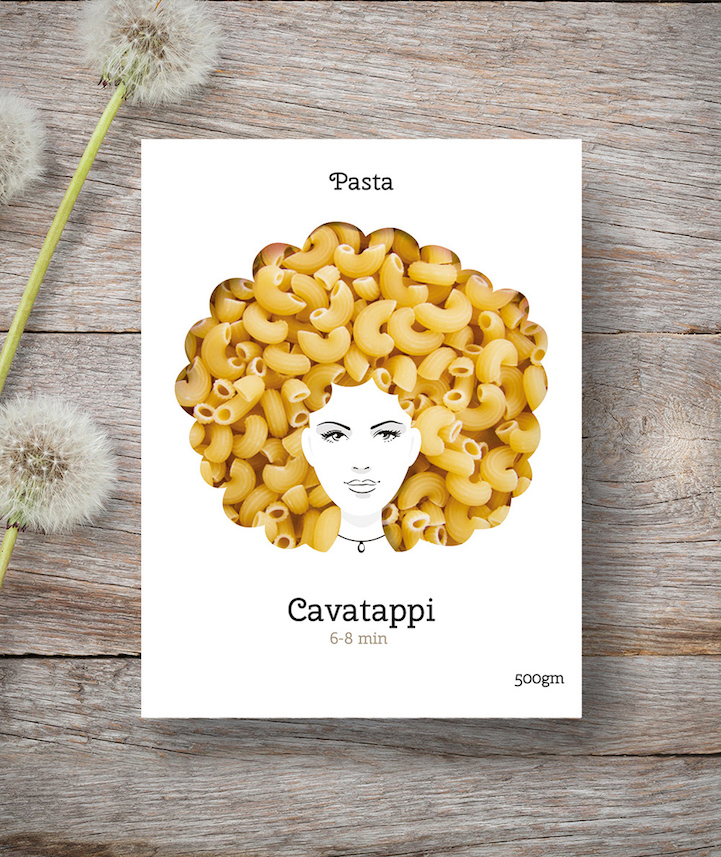 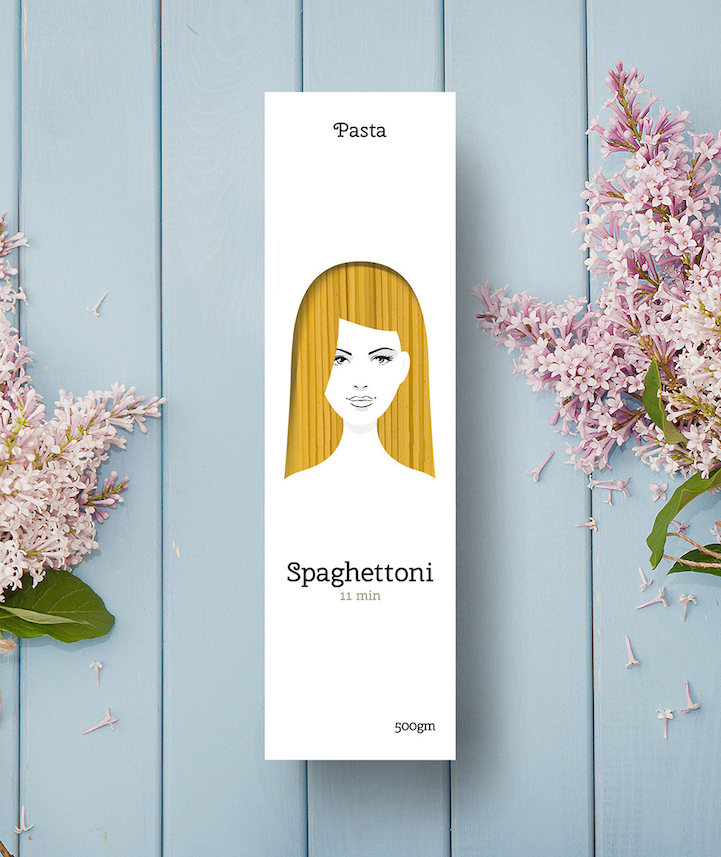 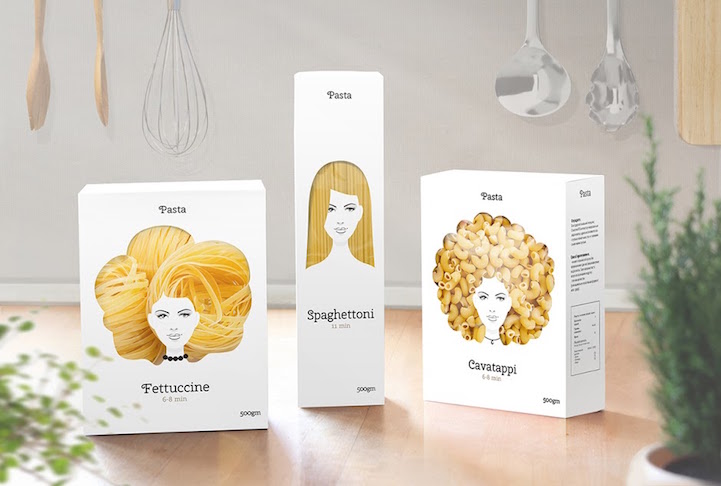 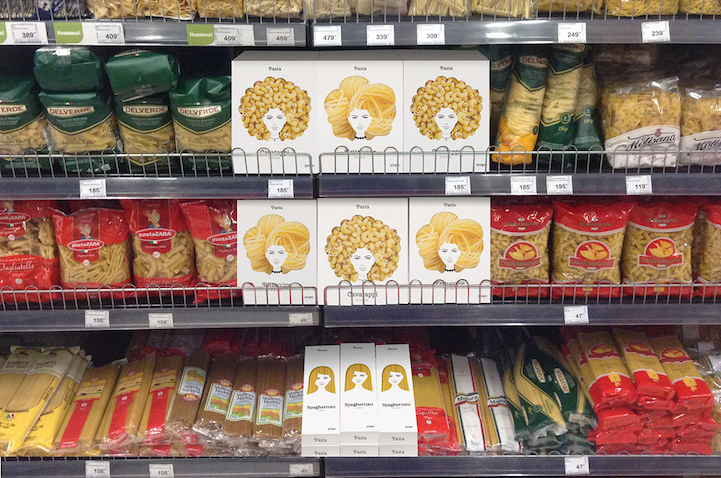