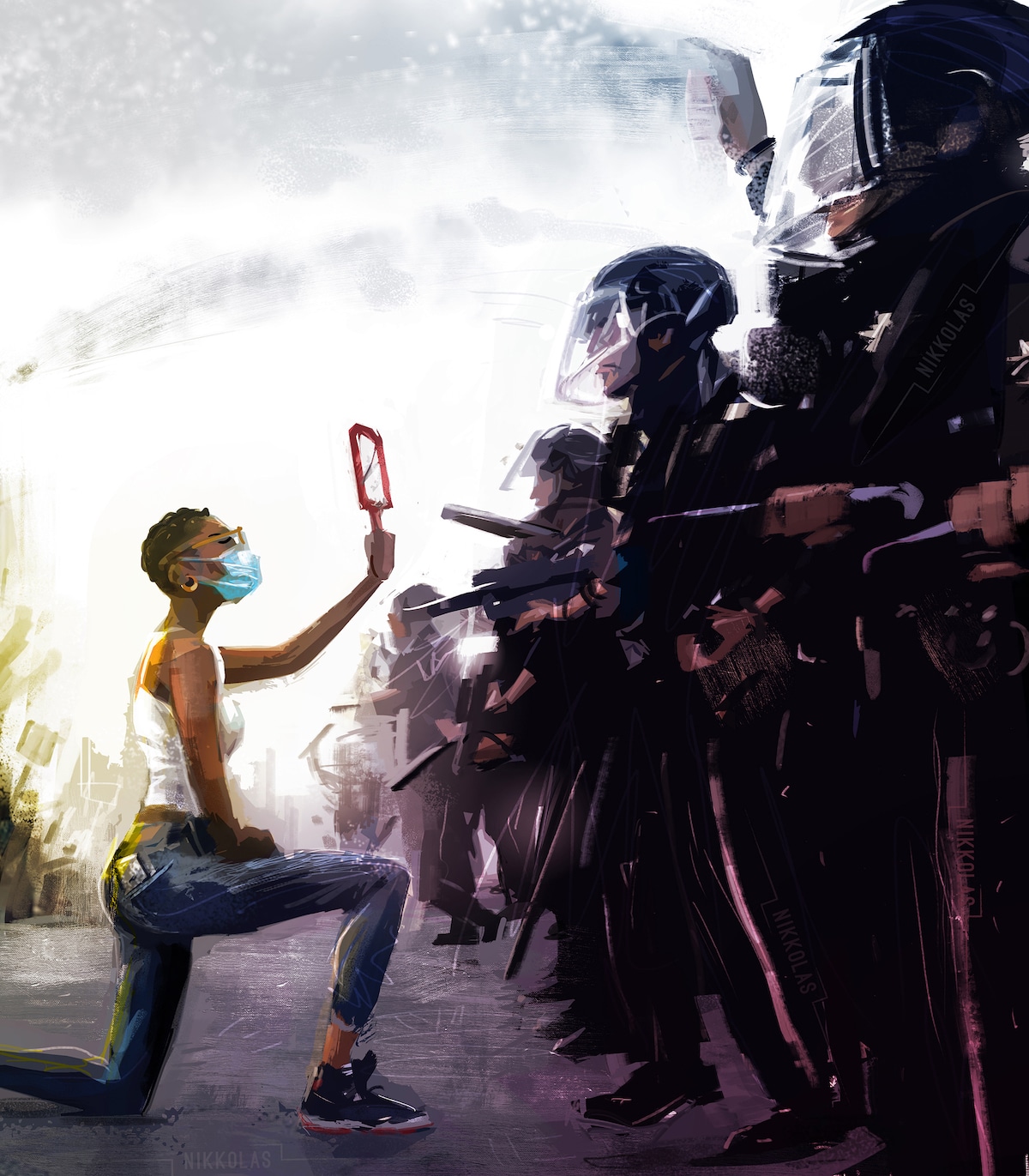 This work began many years ago and came to national attention when he created a portrait of Martin Luther King Jr. wearing a hoodie as a way to tie the Civil Rights leader to Trayvon Martin. From there, he's only continued to make his point, most recently drawing moving portraits of George Floyd, Breonna Taylor, and Ahmaud Arbery.

As an illustrator of color, Smith is deeply committed to using his craft in order to highlight the diversity of our world and ensure that the lives that have been lost will not be forgotten. Most recently, his artwork has been seen on highly visible billboards across Los Angeles, as Converse decided to shift their fall campaign and grant these public spaces to his art.

We had the chance to speak with Smith about his work, what artivism means to him, and what he thinks it will take for real change to start happening. Read on for My Modern Met's exclusive interview. 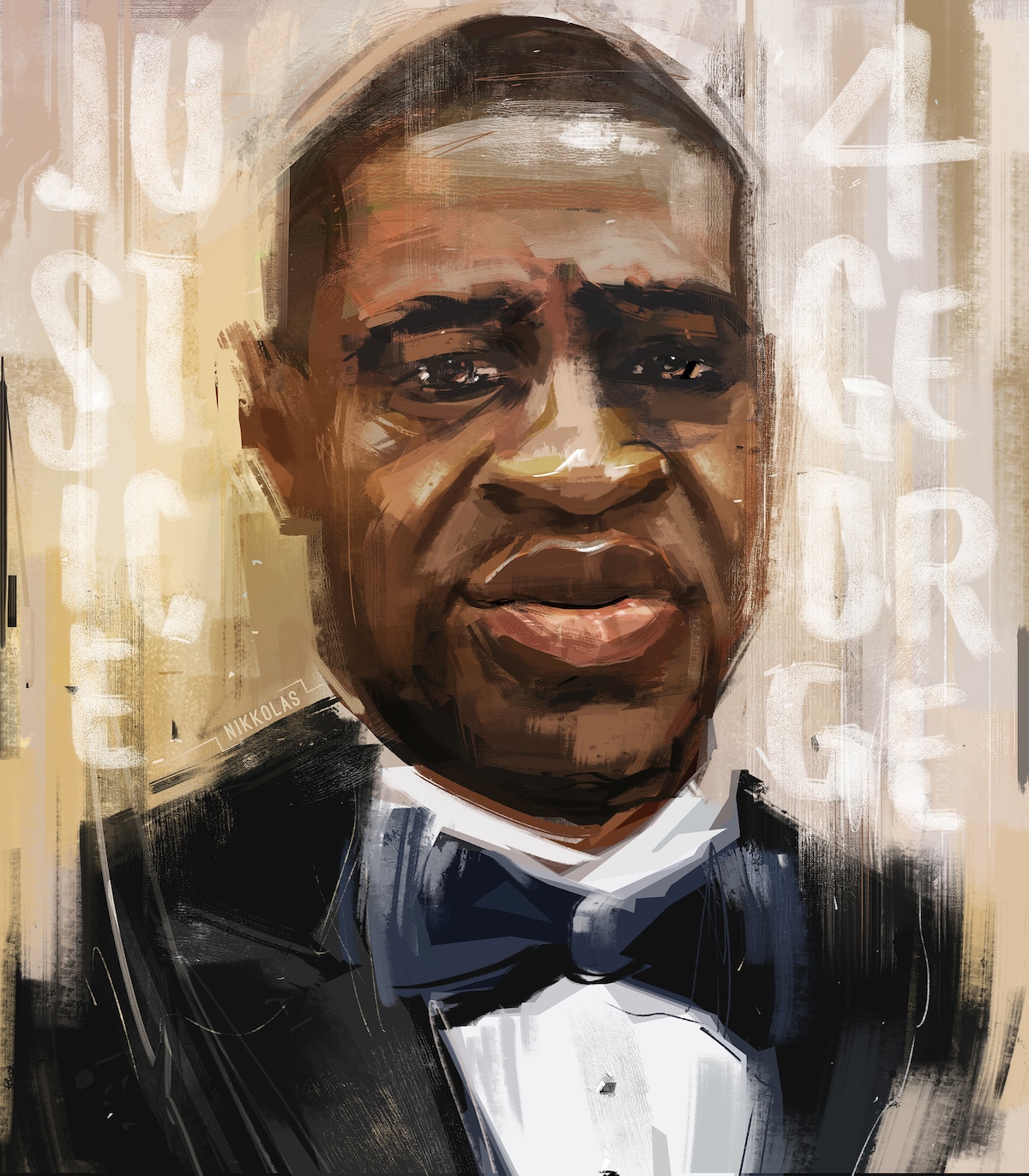 What does the word artivism mean to you and what makes you proud to be an artivist?

Artivism is my way of using art to inspire people to make a positive change in the world. That is sometimes accomplished by painting what is broken, and sometimes by painting what our world would look like if the issues (social, environmental, etc.) were fixed. Seeing eyes and hearts open up when my art is viewed is one of the main things that makes me proud to be an Artivist.

Where does your love of art stem from?

Growing up in Houston, Texas, my mom always had art on the walls. I think that’s where I first fell in love with art. Whether it was paintings like Norman Rockwell’s The Problem We All Live With or sculptures she brought back from Africa, I was always looking up to powerful and iconic artwork. 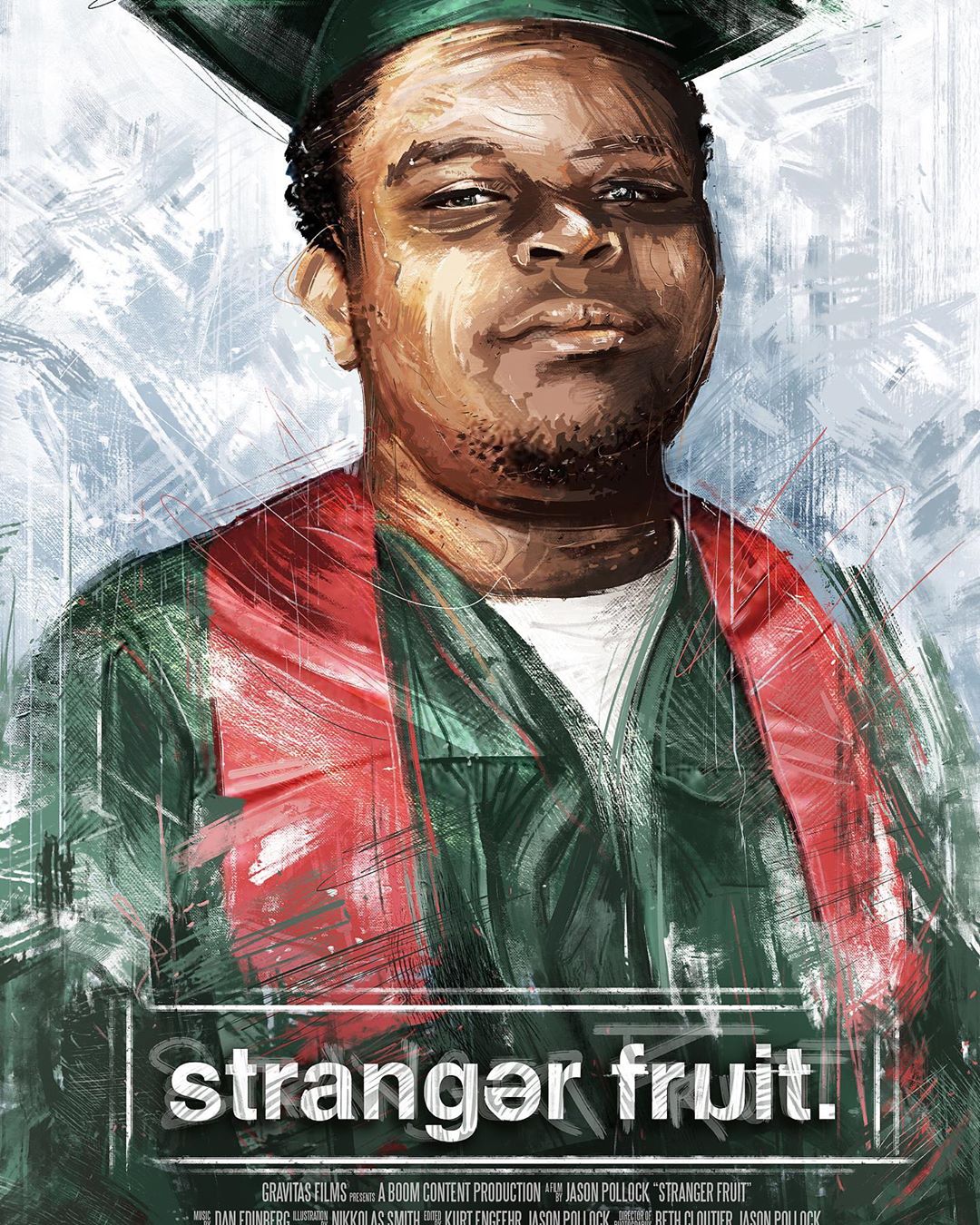 Your work extends from children's books to movie poster illustrations. How does this variety fulfill you creatively?

Being able to jump from one style and theme of art to another, on various projects, is something that I feel is very beneficial for my creativity. Or perhaps it’s the way my brain creatively works that just won’t allow me to stick to one style and theme! I feel that I can’t help but try different styles of art and methods of storytelling every chance I get. 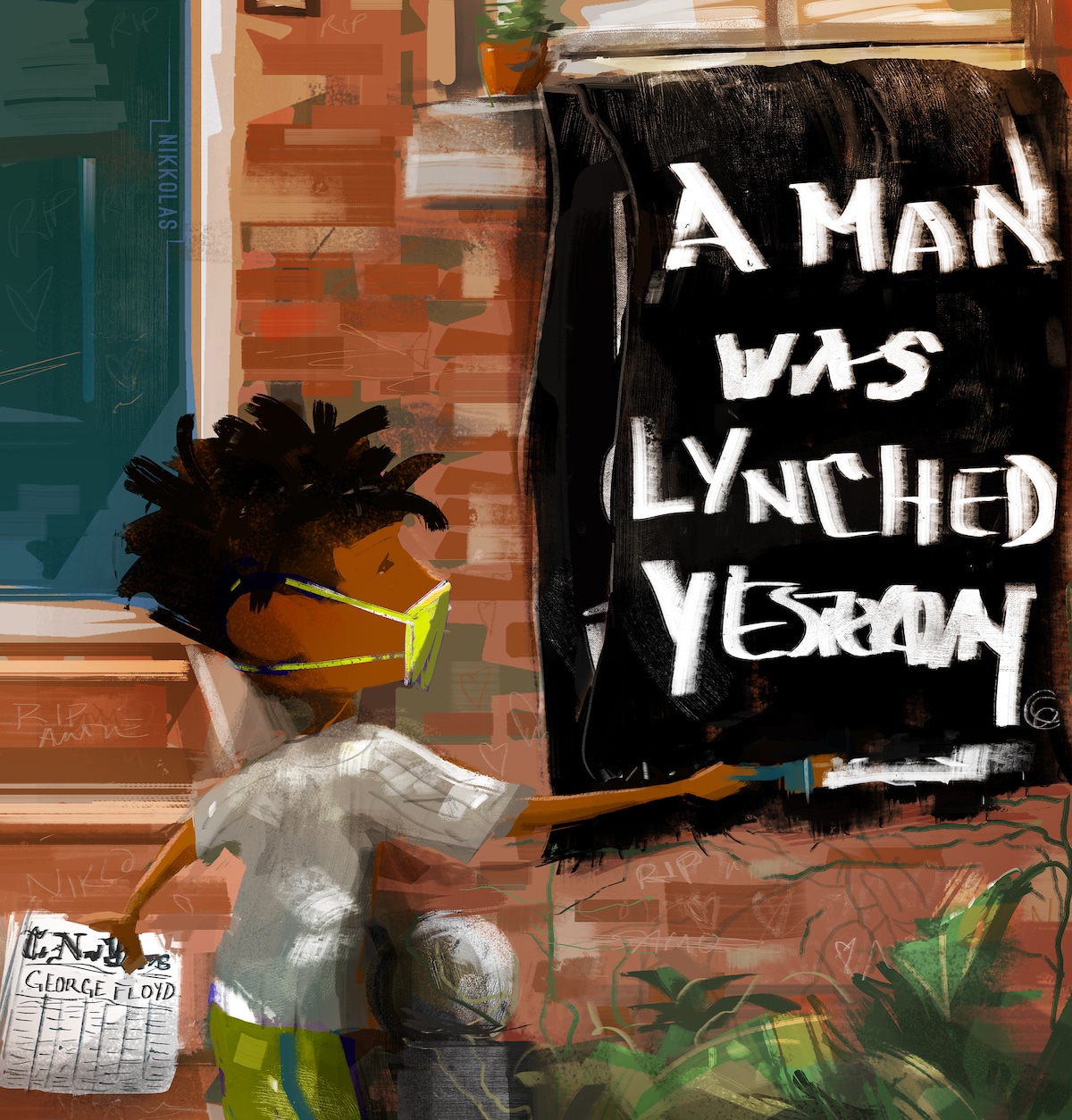 You've gained a lot of attention for your art that touches on issues facing the Black community and, specifically, violence against Black men. What motivated you to use your art to start bringing attention to these issues?

About seven years ago, I created an art piece of Martin Luther King Jr. in a hoodie, in response to the unjust murder of Trayvon Martin. It quickly became the most viral piece I had ever created at the time, and the next day I was being interviewed live on CNN to explain the meaning of the art. That was the moment I realized how universally impactful activist art can be to inspire people to make a positive change in the world.

You often mix the modern and historical, such as showing Martin Luther King Jr. with a hoodie shortly after the Trayvon Martin murder. What do you think these strong figures from the past can teach us in the present?

In visually linking Martin Luther King Jr. to Trayvon Martin, I was able to define the meaning of the art and how it was linked to Dr. King’s key ideal of not being judged by your outward appearance. The same ignorance, fear, and hate that he stood against in the '60s is the same that led to Trayvon’s death during these times. 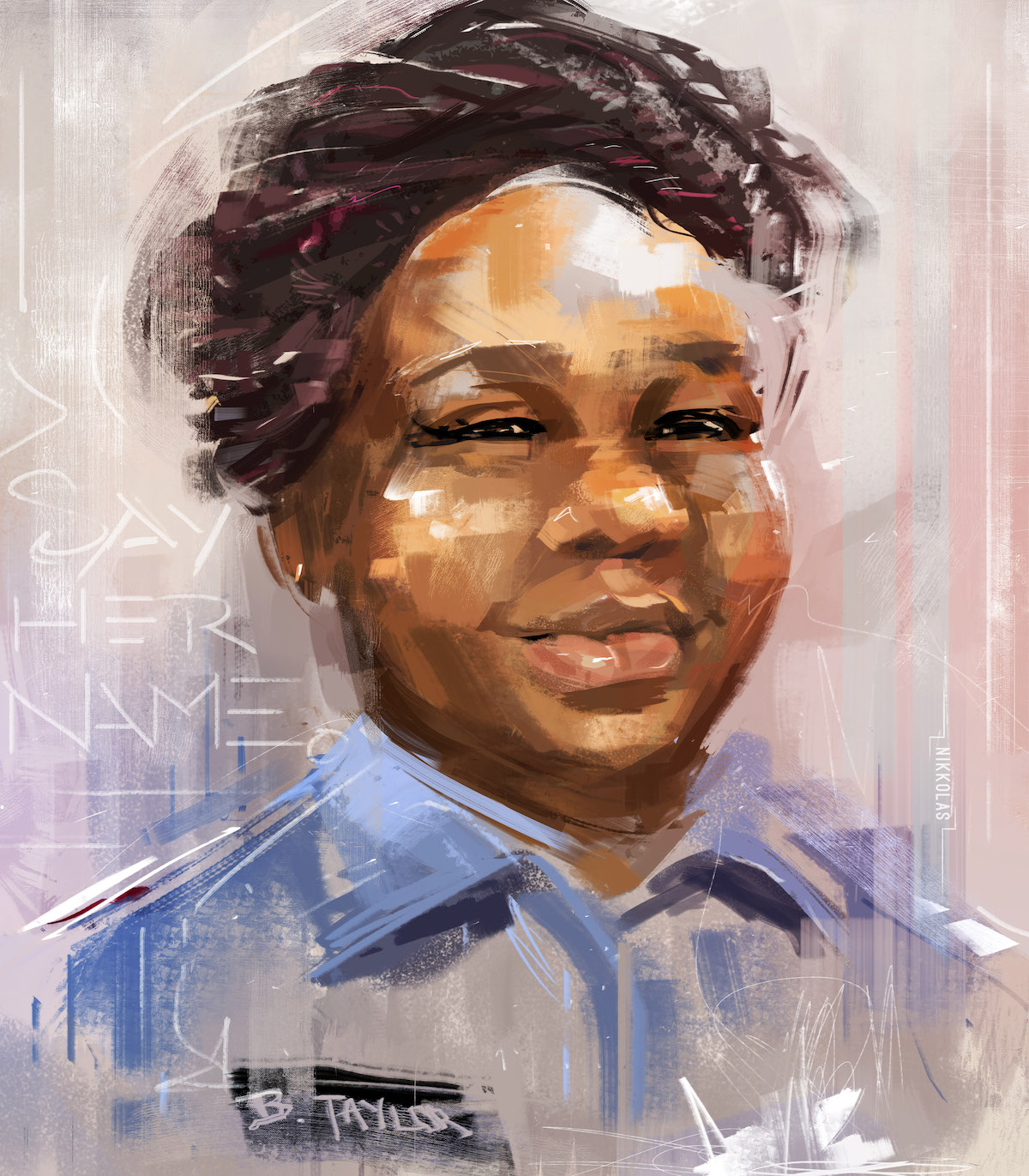 The art world is historically dominated by white men. What do you think needs to happen for that to change and for the paradigm of diversity to shift?

I think a change in that statistic will only come by way of a change in our global realization that genius of all kinds, whether it be artistic, scientific, mathematical, or otherwise, is not solely owned by one specific race or gender.

It takes a certain level of boldness and maturity to call out the historical trend that says otherwise, which has allowed white men to dominate many arenas for centuries. We have to begin to realize that creativity and genius of all kinds is, and has always been, present in societies and cultures that are rarely given a second glance. 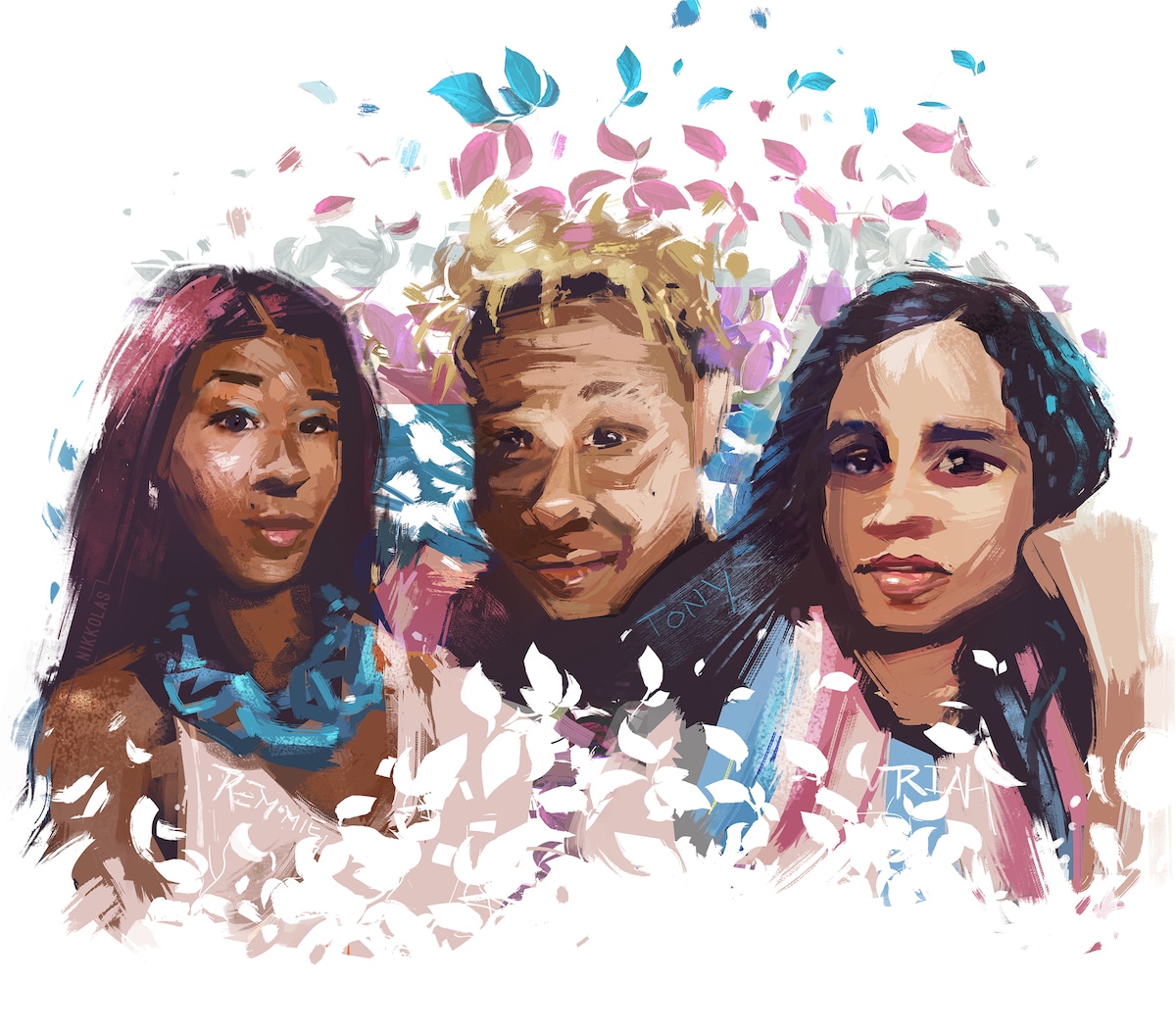 George Floyd is, unfortunately, only one of many victims of police brutality. What steps do you think people need to take in the United States, regardless of their color, to start imparting change?

I feel this moment in history has shown us that there is a duty for everyone to continue shining their light by fearlessly demanding justice, and, in turn, showing the world a stark contrast between unjust authoritarianism and justified uprisings in defense of human life.

We can all make a difference in so many ways, whether it be protesting, signing petitions, calling DAs and mayors' offices, voting, or even running for office. Ultimately, everyone has to take steps to become the change they want to see in the world, and truly stand up for justice for all. 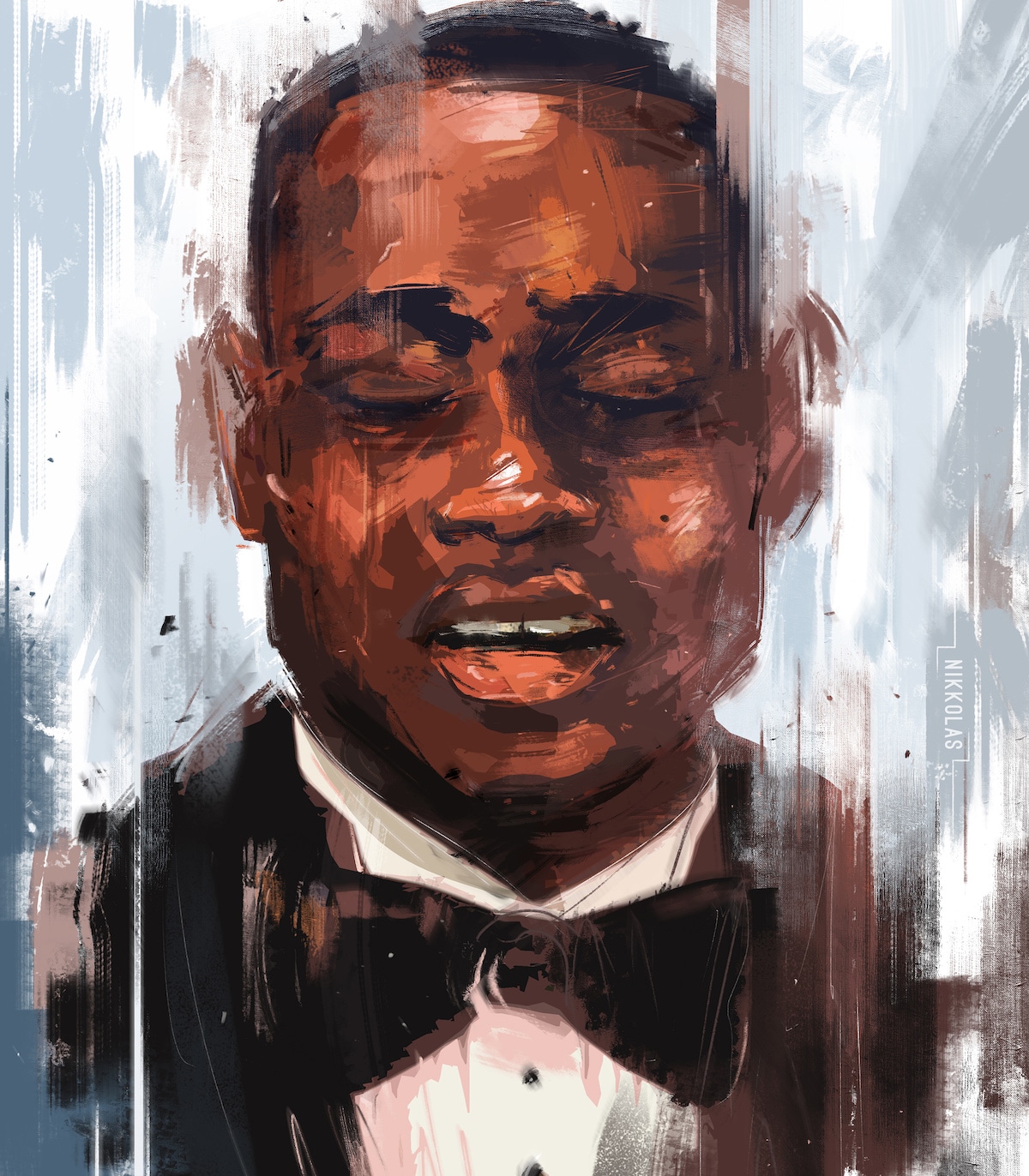 I know that you also teach. How does your work with children fulfill you and how can arts programs make themselves more inclusive?

My art classes with children are some of the most rewarding things I do. Oftentimes I will show the kids how they can create movie posters of themselves as superheroes, and show how I created my own personal hero-kid in my children’s book My Hair is Poofy and That’s Okay. Diverse stories and art activities like these are ones that I love to implement, and I think art programs all across the country would benefit from incorporating more inclusive stories and instructors.

More children’s books! And also much more artivism that continues to hold up a mirror to what is happening in the world, and hopefully inspiring more people to make a positive impact.

Inspired by his artivism? Share
Like My Modern Met on Facebook
Get Our Weekly Newsletter
Become a
My Modern Met Member
As a member, you'll join us in our effort to support the arts.
Become a Member
Explore member benefits