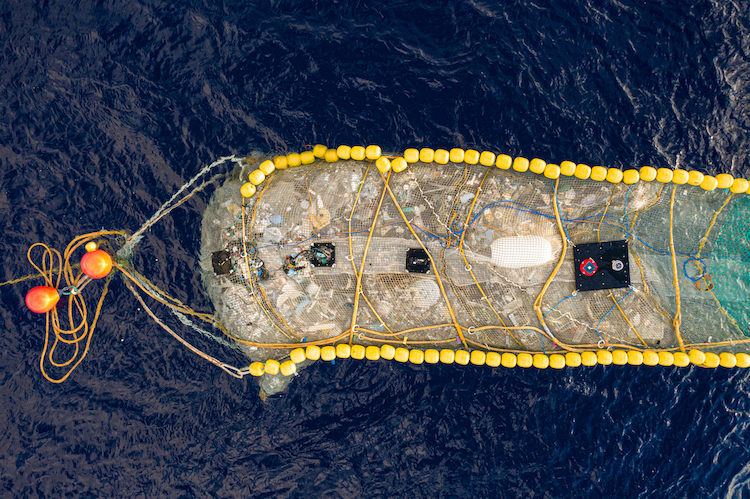 For nearly a decade, the world has been watching as Boyan Slat's The Ocean Cleanup transformed from an 18-year-old's idea to a non-profit pulling in millions in funding. The organization's aim is to remove 90% of the ocean's floating plastic by 2040. This ambitious goal has seemed both attainable and far out of reach during the highs and lows of testing different systems for the cleanup. But now, it seems that the organization's System 002, which is nicknamed Jenny, is up to the task.

After some trial and error with previous prototypes, Jenny appears to do its job well. In August, the team launched Jenny into the Pacific and headed toward the Great Pacific Garbage Patch. This vortex of trash located between Hawaii and California is fertile ground for The Ocean Cleanup. Over the course of 12 weeks, they tested the system to ensure that it would not only capture ocean plastic but that it was durable enough to bring the haul onboard.

Fortunately, Jenny passed the test. The last haul brought in an astounding 9,000 kilograms (almost 20,000 pounds) of plastic. So what happens to all this plastic? Once the system is closed and hauled aboard the ship, its net gets emptied. The plastic is then sorted and recycled, with some of the plastic even being used to create sunglasses that help fund The Ocean Project. 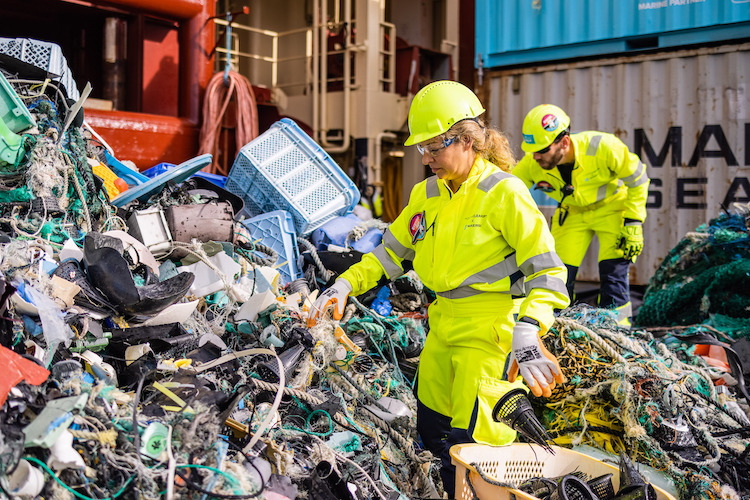 Like all of The Ocean Cleanup's technology, Jenny works by acting as a huge barrier that, when dragged along at slow speeds, traps trash. By skimming the surface of the ocean, Jenny picks up larger pieces of floating plastic. While some critics point out that there may be up to 30 times more plastic deeper in the ocean, The Ocean Cleanup maintains that collecting plastic while it is still large cuts down on eventual microplastics sinking into the sea.

As each system can hold anywhere from 10,000 to 15,000 kilograms, Slat estimates that with 10 Jennys, the organization could clean up 50% of the trash vortex in just five years. Of course, the system isn't perfect. The company is currently purchasing carbon credits to offset the emissions of the boat used to haul Jenny around the ocean. At the moment, it's a necessary evil as The Ocean Cleanup found that allowing the system to passively move around using the ocean's currents as originally planned ended in large quantities of plastic escaping from the barriers.

Still, even with the issues to work out, Jenny's success is a huge step forward in eliminating plastic from our oceans.

The Ocean Cleanup aims to rid our oceans of plastic by 2040. 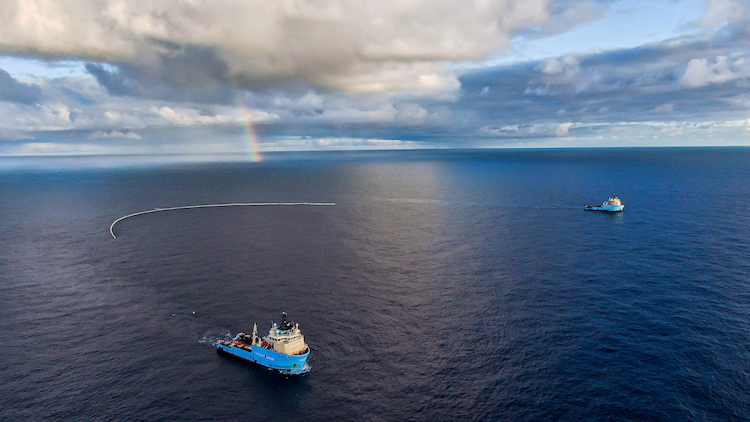 After three months of testing, their plastic collection system appears to work quite well. 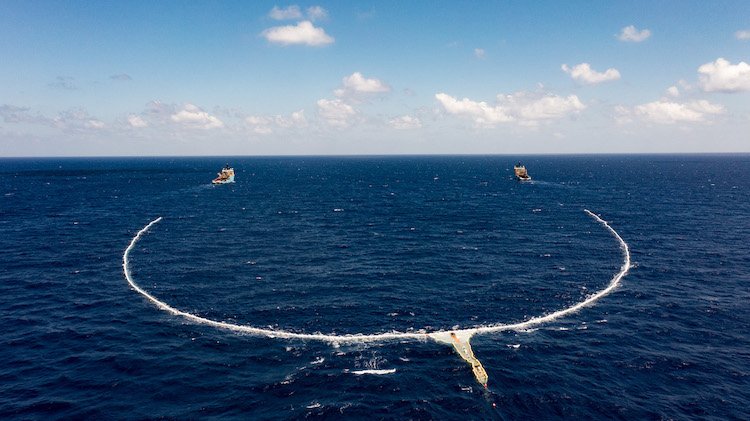 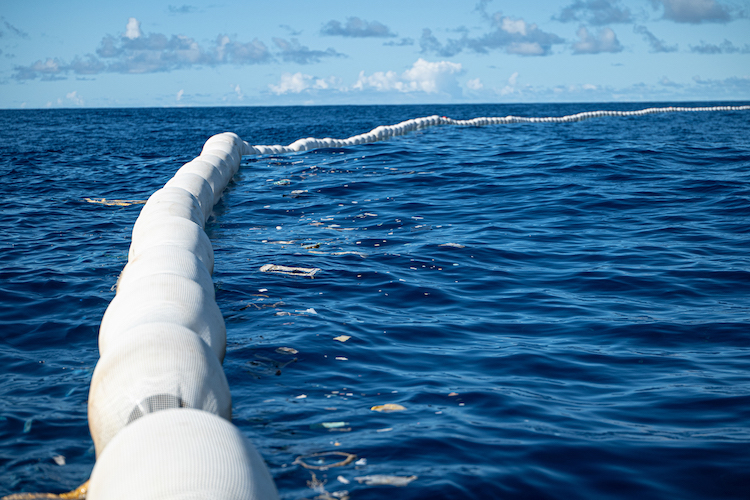 One haul brought up nearly 20,000 pounds of ocean plastic, which will now be brought ashore. 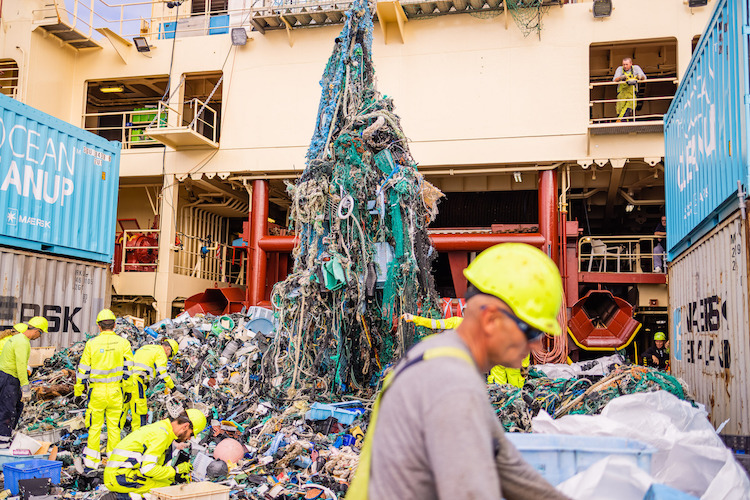 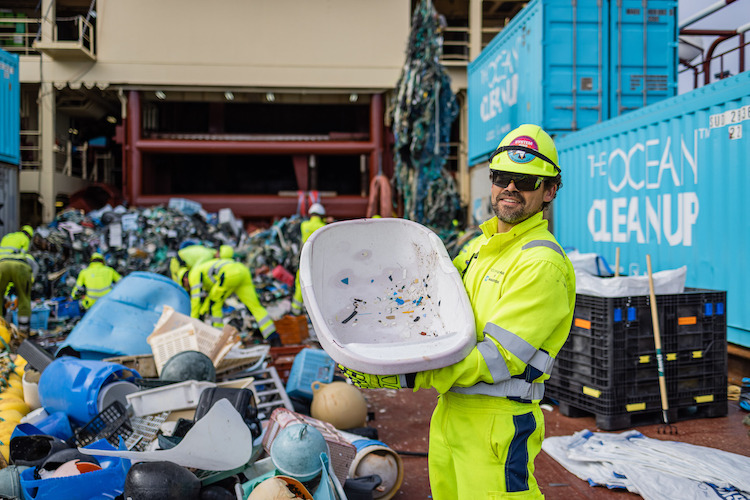 The plastic is sorted, recycled, and even turned into designer sunglasses. 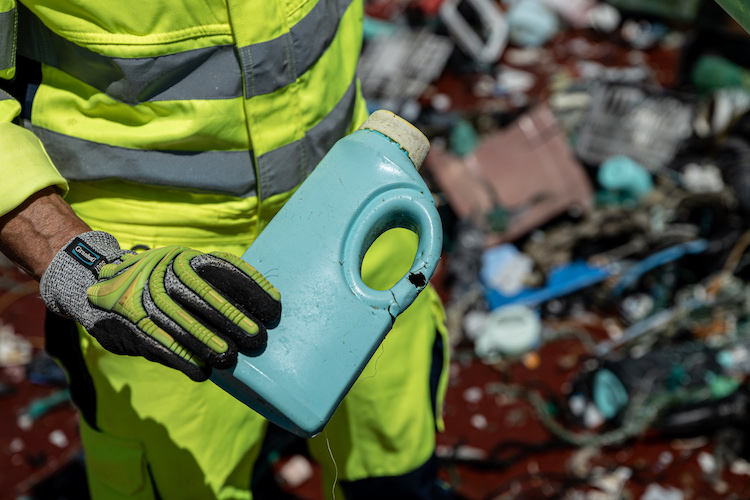 All images via The Ocean Cleanup.