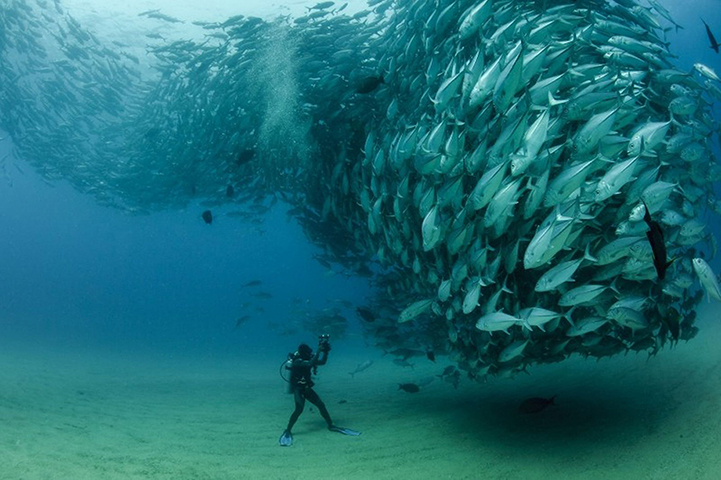 American photographer Octavio Aburto thrives on the fascinating world of life in the sea. He has spent decades studying and researching marine biology in order to educate the world about the protection and conservation of ocean life. Since 1994, Aburto has photographed marine ecosystems in Mexican coastal waters. He has documented everything from individual creatures to massive schools of fish traveling in coordinated movements.

This completely awe-inspiring series features large groups of fish going about their everyday, underwater lives. While diving one day in Mexico, Aburto and his friend David Castro came upon these swirling tornado-like forms which turned out to be thousands of fish in the midst of a reproductive courtship. For some, the large, swarming masses could seem a bit intimidating. But, not for these two adventurous photographers who pointed their cameras and documented the rare biological phenomenon that was taking place below the surface of the sea. 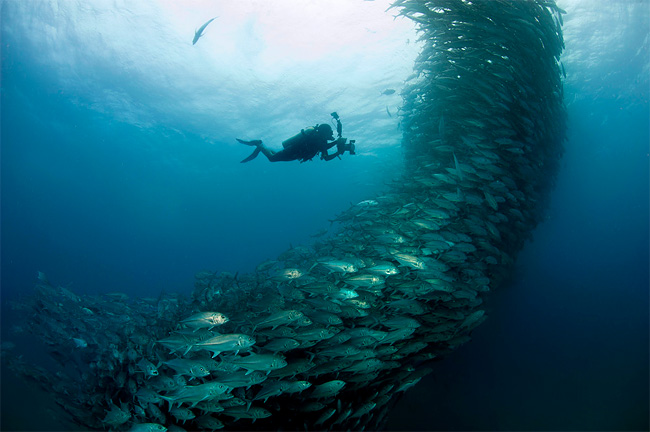 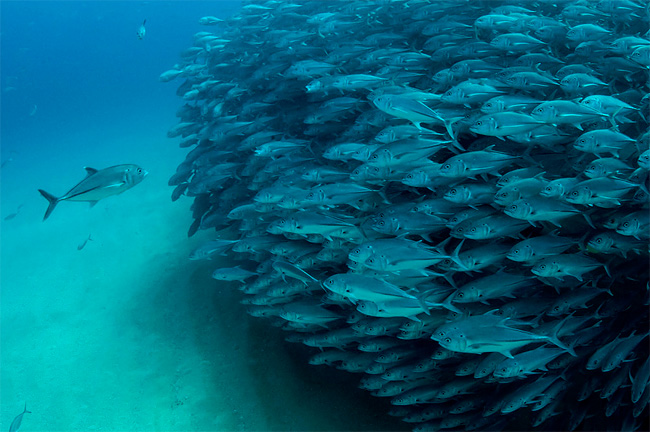 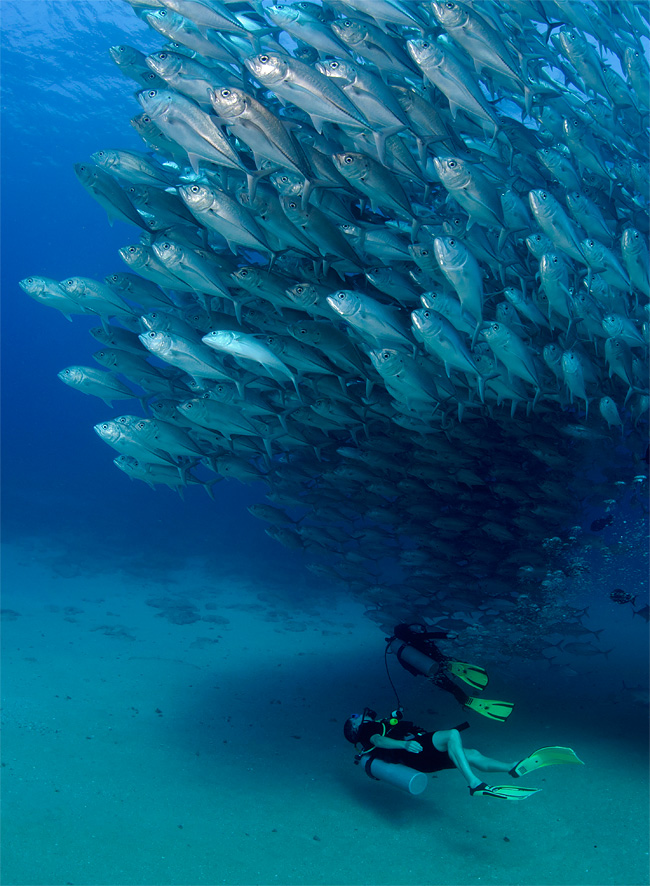 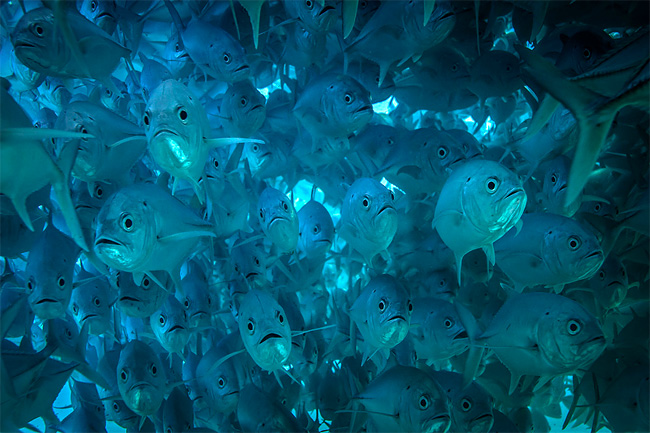 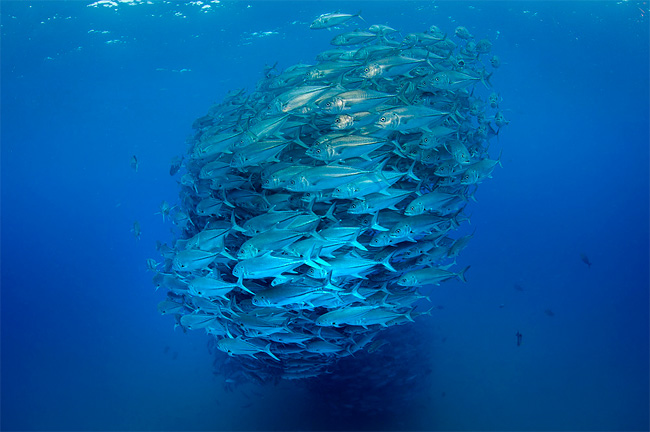