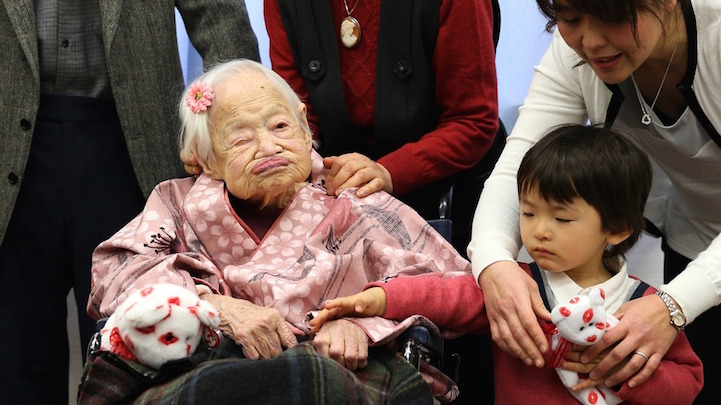 Misao Okawa, the world's oldest person, just celebrated another birthday. Wow! She turned 117-years young on Thursday, March 5, and she's one of a handful of people born in the 1800s that is still alive. Okawa was born in Osaka, Japan in 1898, and she's seen a lot over the years. Just think – that's the turn of two centuries, the first and second World Wars, and seeing inventions like the personal computer change our lives.

Okawa marked the occasion with her family on Wednesday and is reportedly in good health. According the BBC, she even commented that “117 years didn't seem like such a long time.”

In 1919, Okawa married her husband, Yukio, and has outlived him by 84 years – he died in 1931. The couple had three children, and she now has four grandchildren and six great-grandchildren. Okawa was officially recognized as the world's oldest person by the Guinness World Records in 2013. 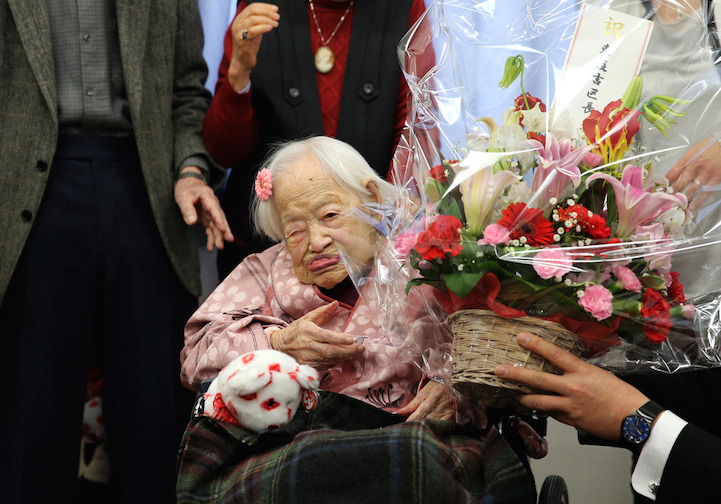 Photos by: Buddhika Weerasinghe
via [Mashable and BBC]