Massive Chandelier Made of 10,000 Swarovski Crystals and 3,000 LED Lights 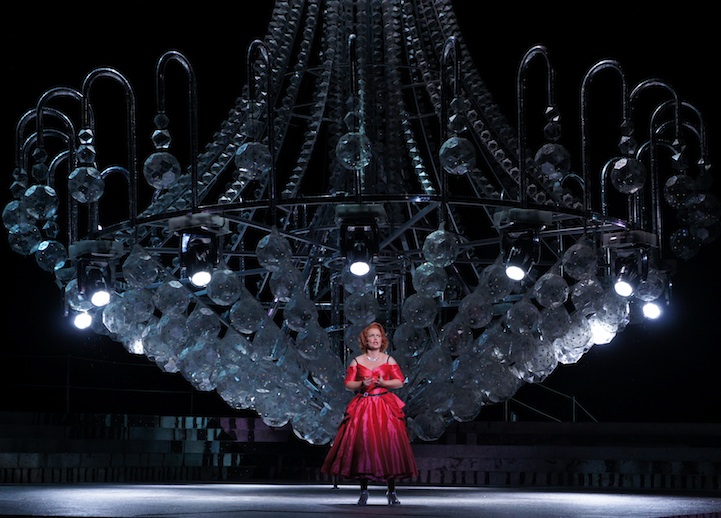 Outside of London, Sydney has been all the rage these days as the metropolis that's been putting on some dazzling outdoor art events. This past March, it debuted the very first outdoor opera in Australia on a custom-made stage built over the water. Over a three week period, Opera Australia, in conjunction with Events NSW, created the biggest single production ever attempted in that country.

Staging the $11-million opera production, called La Traviata, on a harbour was an ambitious undertaking. The project involved 140 artists, 570 crew members and 60 volunteers.

Not only did spectators get to watch an actual opera staged on the water, they witnessed one massive chandelier hung from a 26-meter crane. Designer Brian Thompson was in charge of the minimal but stunning stage design. Made from 10,000 Swarovski crystals and 3,000 LED lights, the chandelier was so big that they had to float the 9-meter high by 9-meter wide sculpture from its assembly site at White Bay to the Sydney Harbour site. (The first image, above, looks “shopped' doesn't it?)

The dramatic chandelier was not only an amazing adornment, it was an integral part of the show. As reviewer Simon Parris from Theatre People said, “The image of the chandelier has been well touted in advance, and it really is a spectacular sight. The brilliant centerpiece of Brian Thompson's design, it is not only a lavish symbol of glamour but also a highly functional and purposeful feature, which can be lit in a range of mood enhancing colours. Overhead, it crowns a sweeping ballroom, on stage, it creates a ghostly backdrop of after hours mystique and, best of all, it carries Violetta soaring into the air for her climactic ode to pleasure, Sempre libera.'” 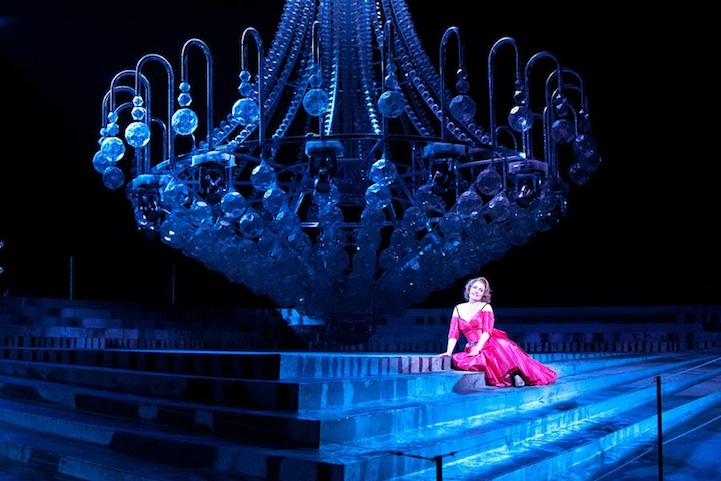 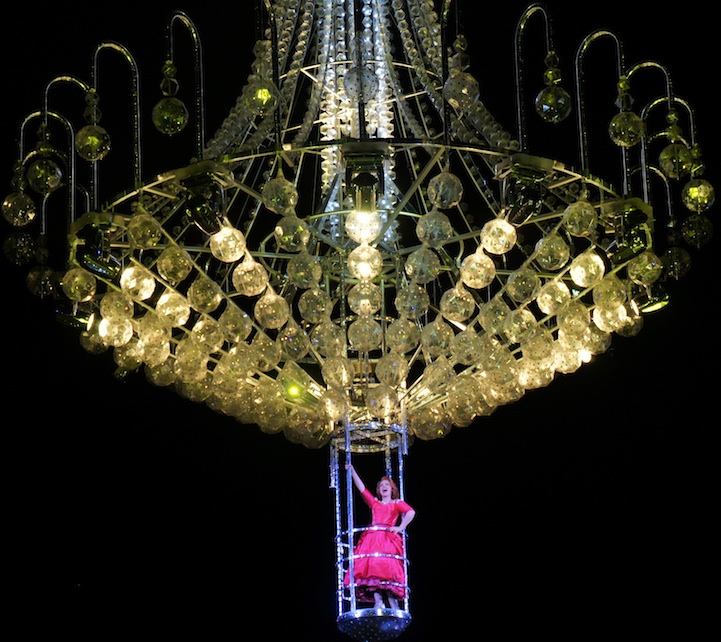 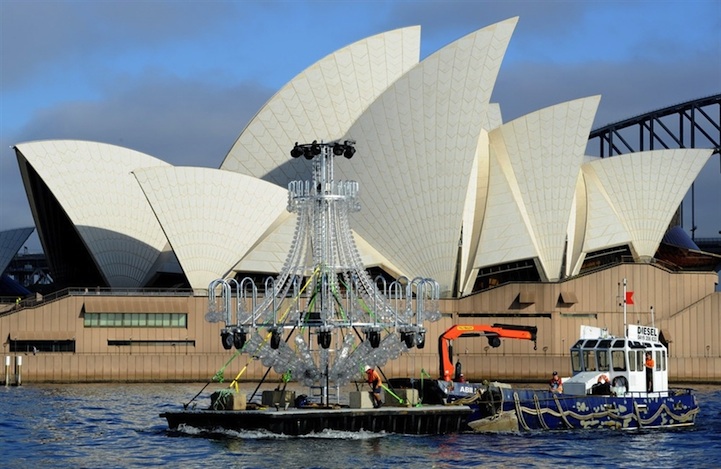 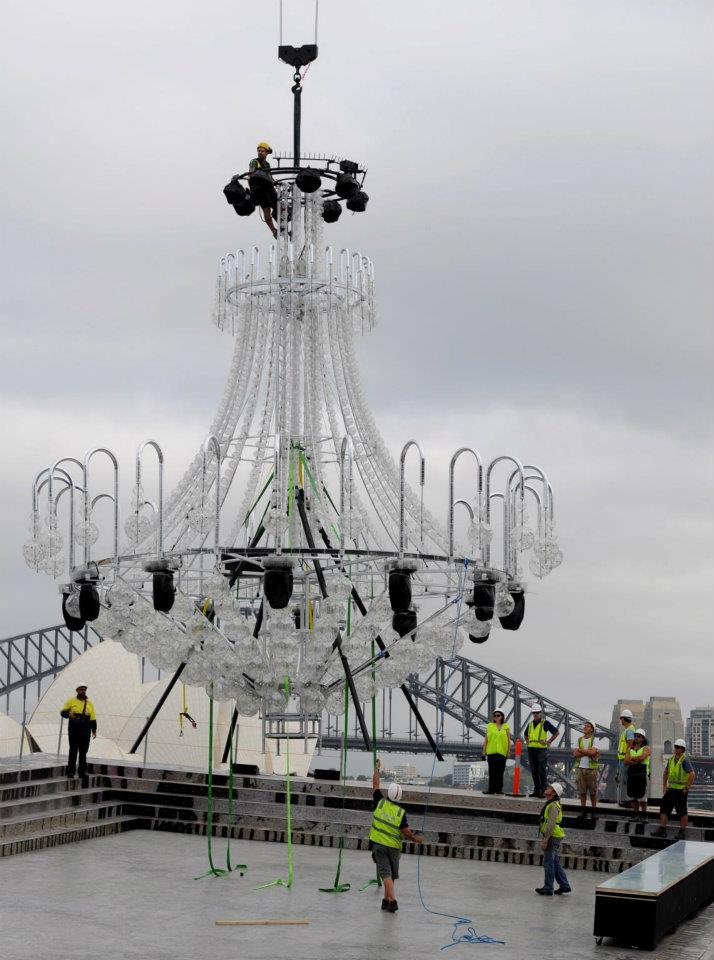 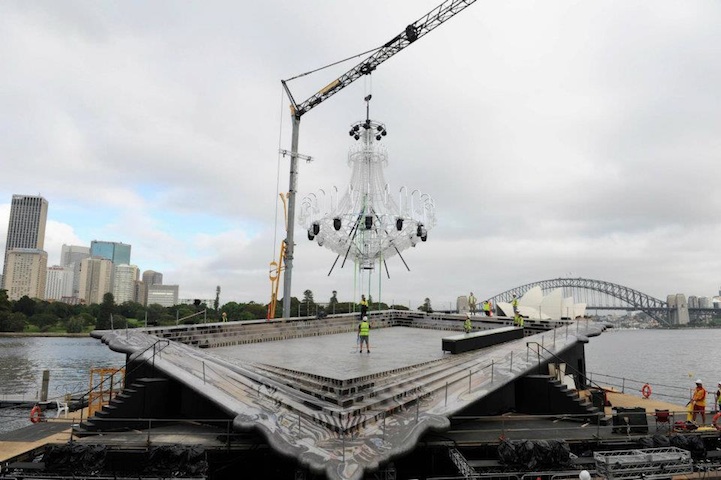 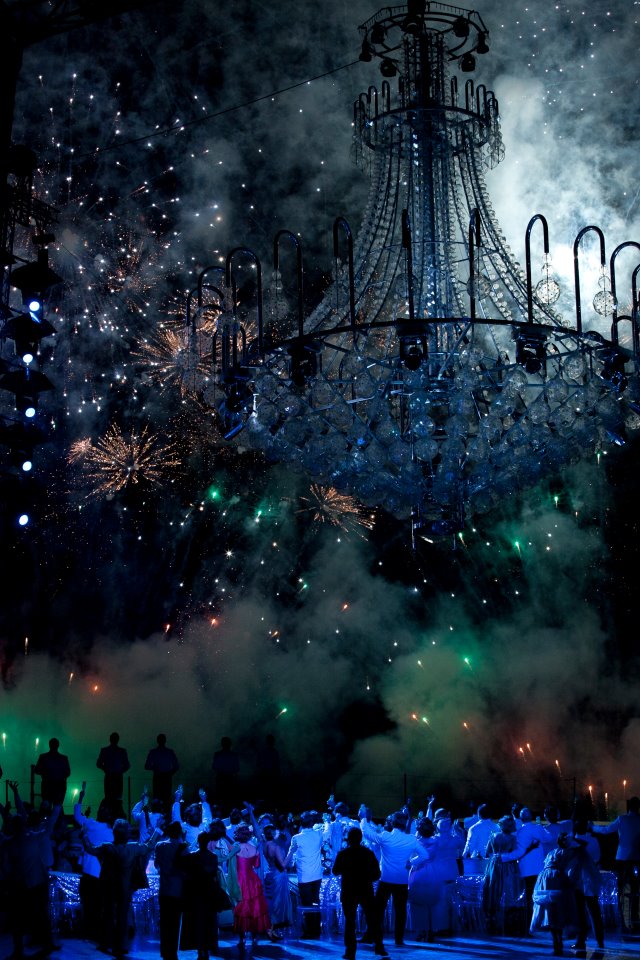