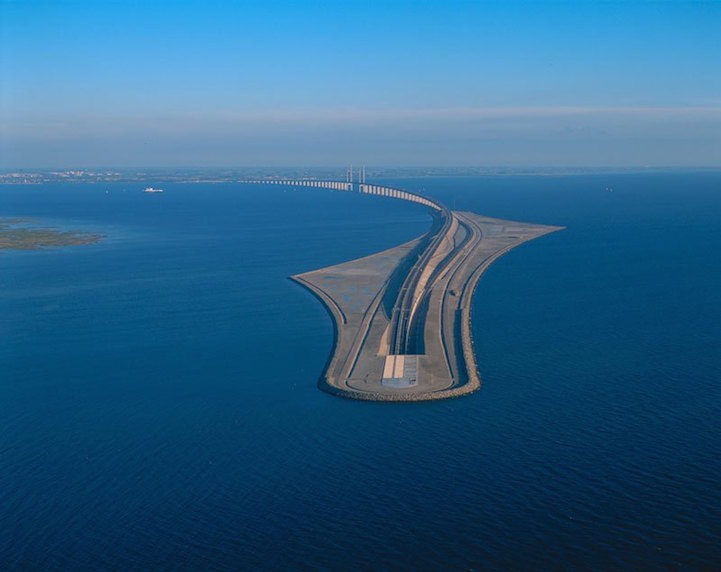 The Øresund has made it easier than ever before to travel between countries that are separated by water. This unique passageway connects the cities of Copenhagen, Denmark with Malmö, Sweden, doing so in two ways: a cable-stayed bridge runs five miles to an artificial island, where it then transitions into a tunnel that extends an additional two and a half miles. A motorway occupies the upper level while the railway line runs below.

The man-made island that connects bridge and tunnel is called Peberholm, and it's had an unexpectedly positive impact for the local flora and fauna. Species have been allowed to freely develop, and it's since become a haven for biologists– as a popular breeding ground for birds in addition to a habitat for the rare green toad.

The responsibility of operating the bridge falls on both countries, and its neighboring states help keep the structure running. Drivers must pay a toll to cross the Øresund, but the cost seems worth it. By having the bridge, a region of 3.7 million people are afforded the freedom to live in one country but work in another. 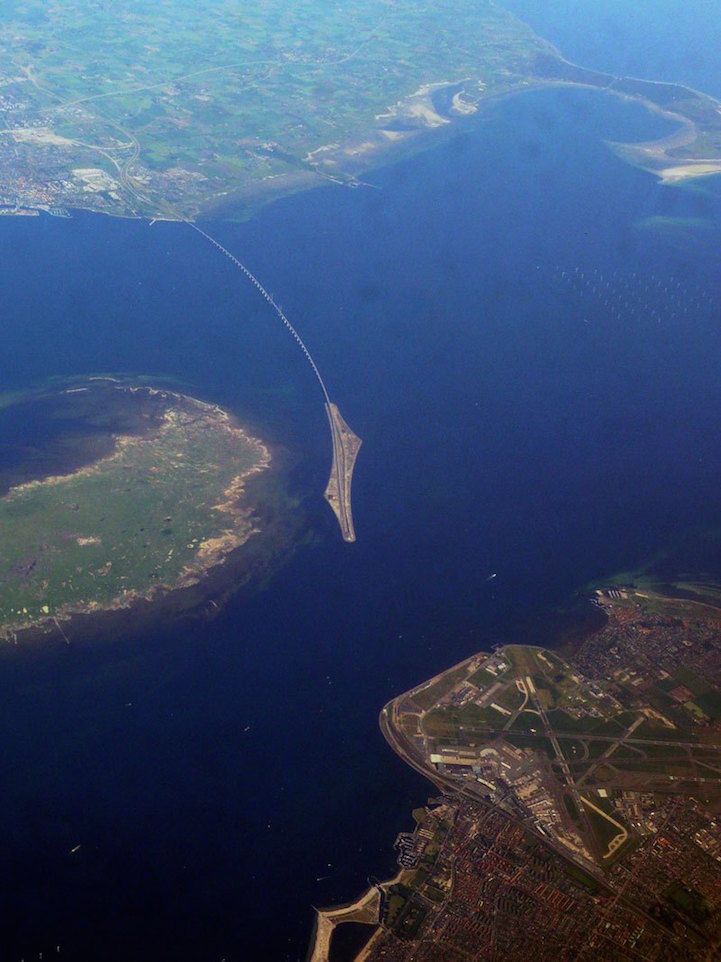 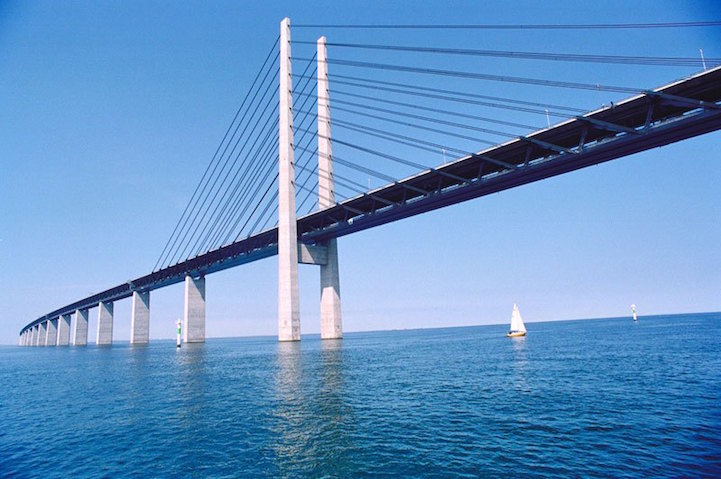 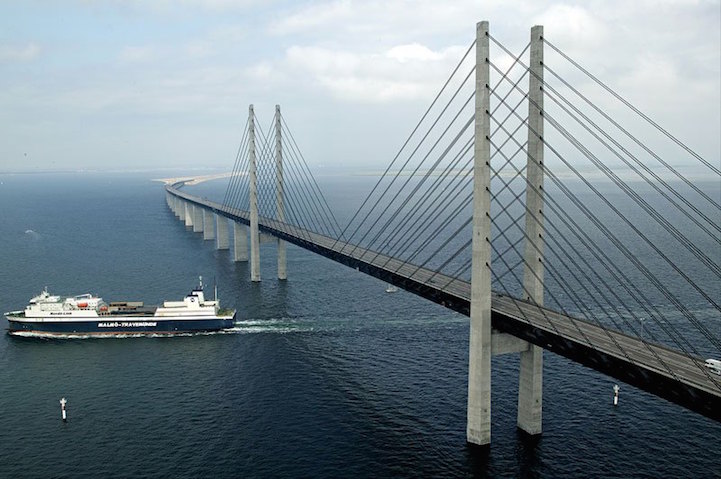 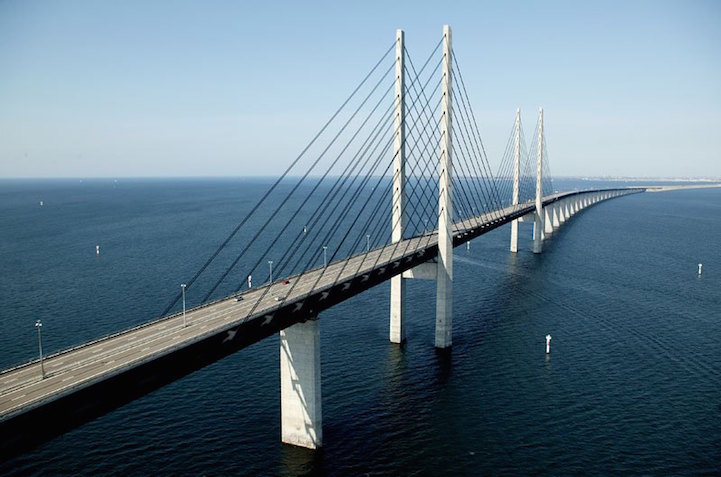 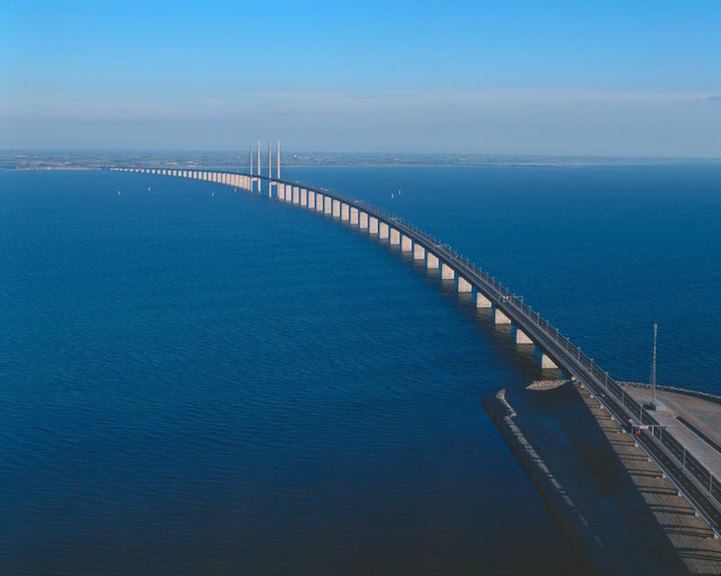 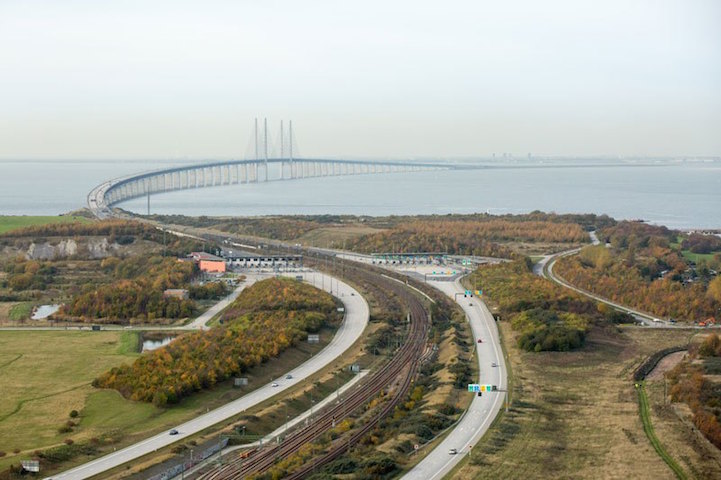 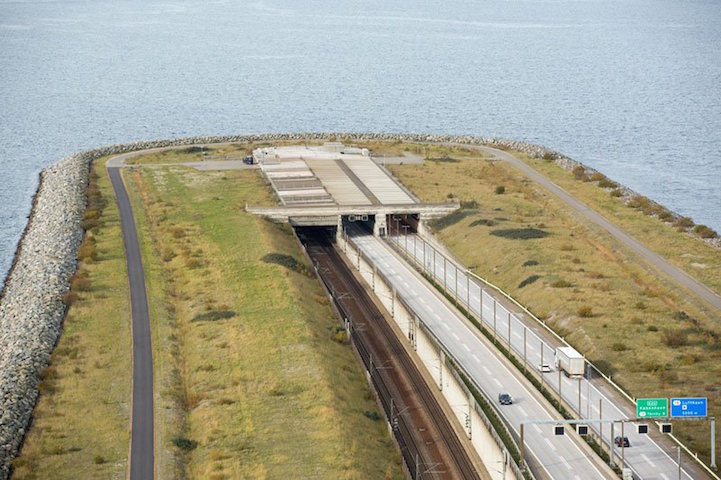