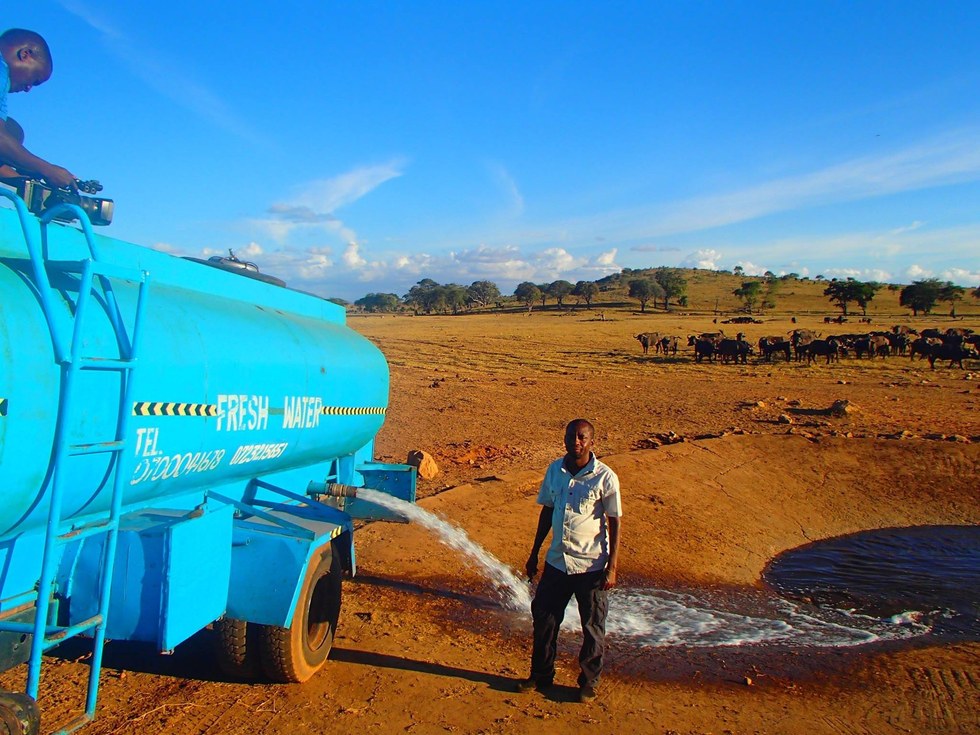 Earlier this month, Kenya declared its ongoing drought a national disaster. The years-long dry spell has affected million of people and animals, and has resulted in a barren and bleak landscape. Though there is no quick fix to the problem, 41-year-old Patrick Kilonzo Mwalua, a kindhearted Kenyan pea farmer, dedicates much of his time to heroically helping wildlife in danger.

Each day, Mwalua tirelessly drives to Tsavo West National Park—a 9,065 square kilometer savannah located hours from his village—to bring 3,000 gallons of fresh water to the desperately dried-up region. Due to the regularity and frequency of his visits, the animals have come to recognize the good Samaritan; they even come to greet him as he pulls up in one of his rented trucks. “Last night, I found 500 buffalo waiting at the water hole,” he told The Dodo. “When I arrived they could smell the water. The buffalo were so keen and coming close to us. They started drinking water while I was standing there. They get so excited.” In addition to the grateful buffalo, thirsty zebras, elephants, and antelope also hugely benefit from the farmer's good deeds.

Mwalua, who grew up relatively close to the park, was inspired to help the animals once he realized the severity of the situation. “We aren't really receiving rain the way we used to,” he explained. “From last year, from June, there was no rain completely. So I started giving animals water because I thought, ‘If I don't do that, they will die.'” In addition to his daily (and even nightly) water-transport trips, Mwalua also runs TSVAO Volunteers, a hands-on project dedicated to conservation and education. As founder of the organization, Mwalua visits schools in the area, where he hopes to usher in a new generation of animal rights leaders. “I was born around here and grew up with wildlife and got a lot of passion about wildlife,” he said. “I decided to bring awareness to this so when they grow up they can protect their wildlife.”

Mwalua wholeheartedly intends to continue both projects, and, with the help of likeminded Americans Angie Brown, Cher Callaway, and Tami Calliope, he is on track to acquire his own truck. Callaway has personally worked with Mwalua several times, and has even started a crowdfunding page to cover the costs of his selfless services. “His commitment to the wildlife and his heritage is unmeasurable,” she told The Dodo. “Even risking his own life in the middle of the night to deliver water to a dry water hole.” If you'd like to support “the Elephant Guardian” and his fight for wildlife, you can donate to the heartwarming cause on GoFundMe.

This is Patrick Kilonzo Mwalua. 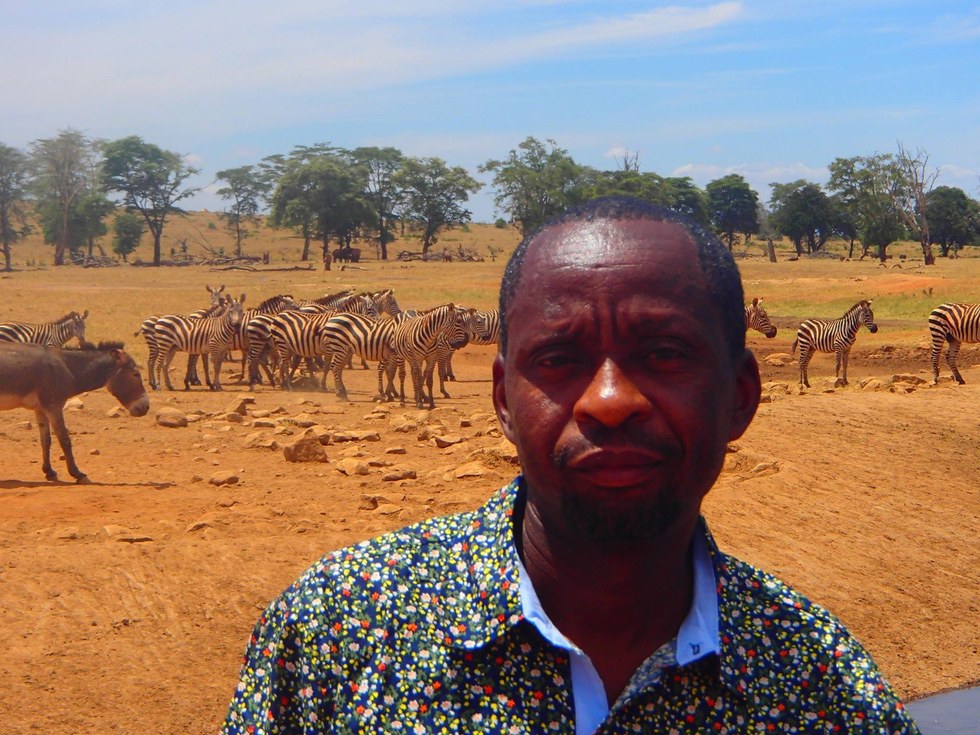 To help animals suffering from the Kenya drought, he provides water to the dried-up Tsavo West National Park. 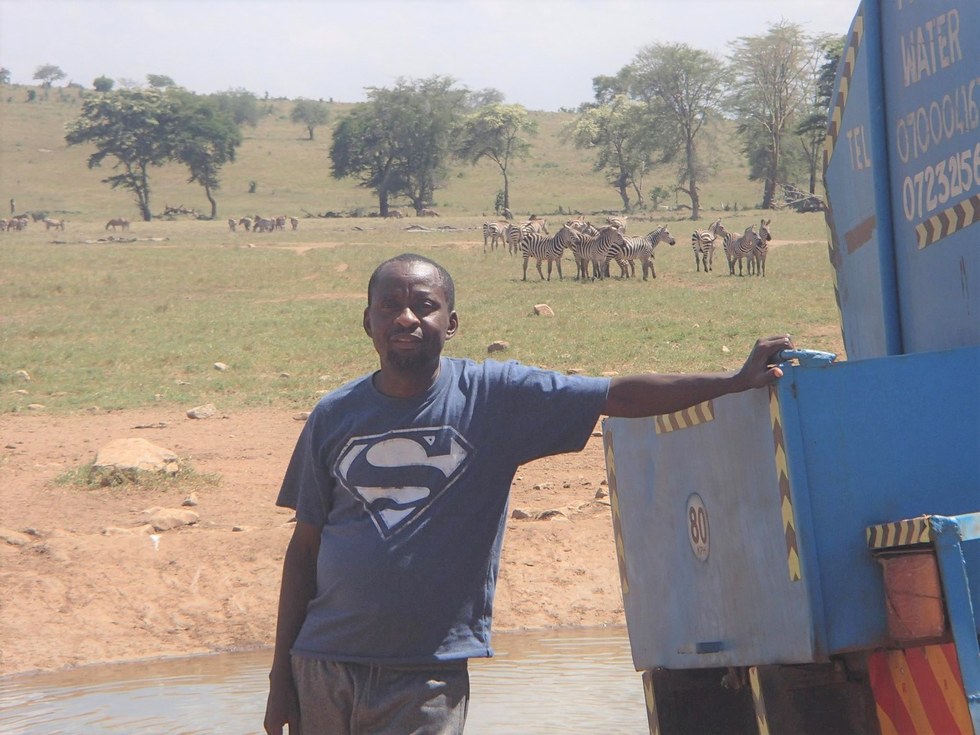 To transport the precious resource, he drives hours each day… 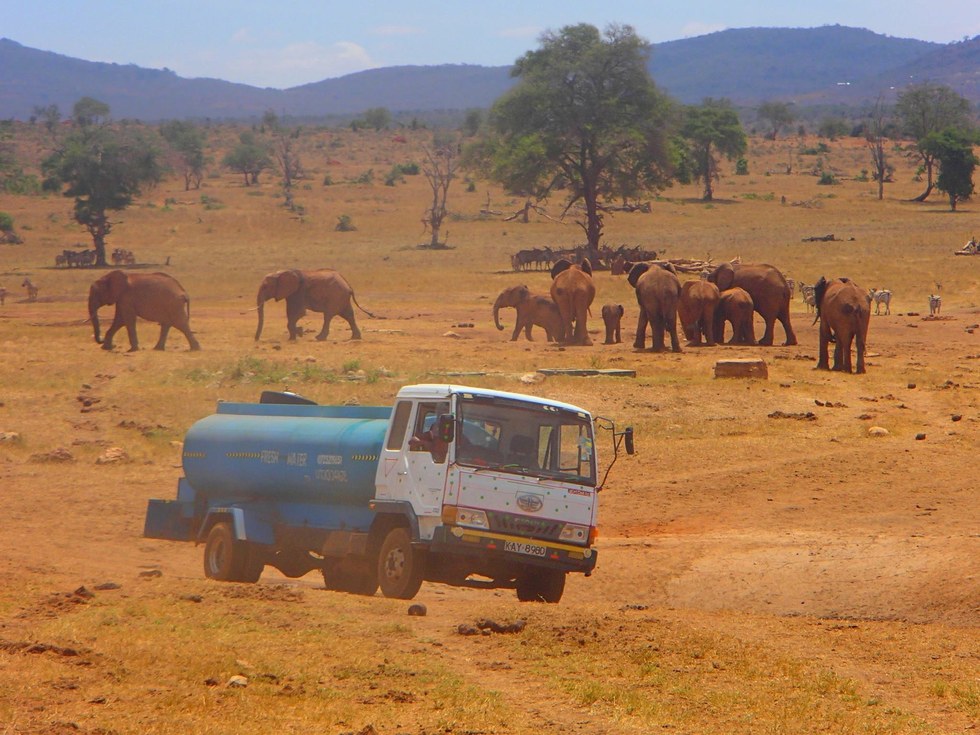 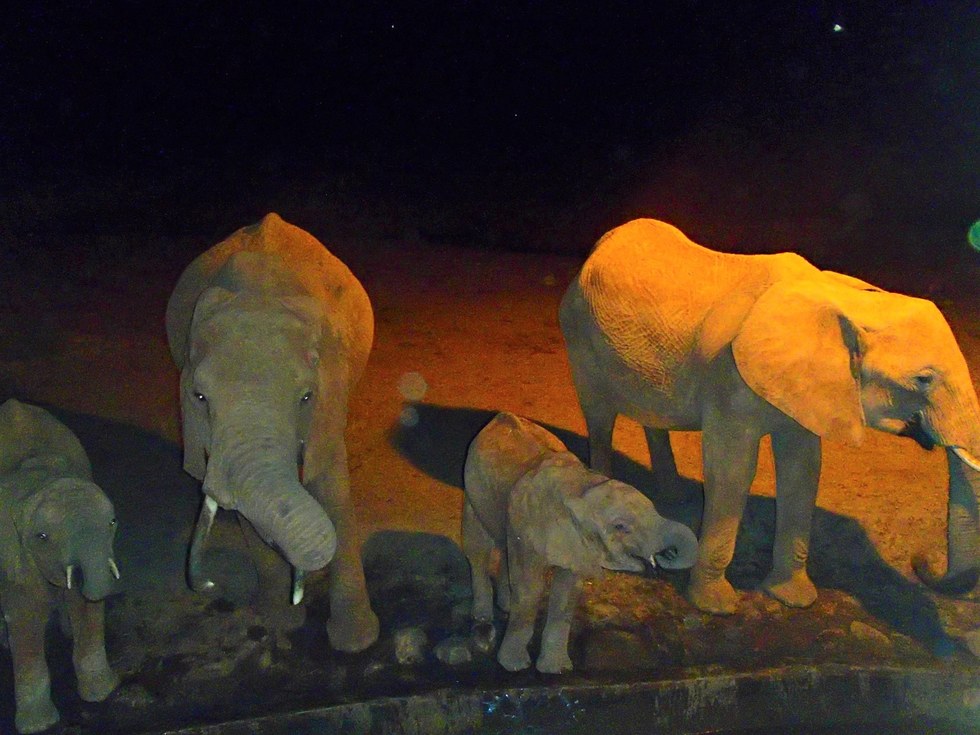 For his selfless, daily deed, he receives a warm welcome from the grateful wildlife. 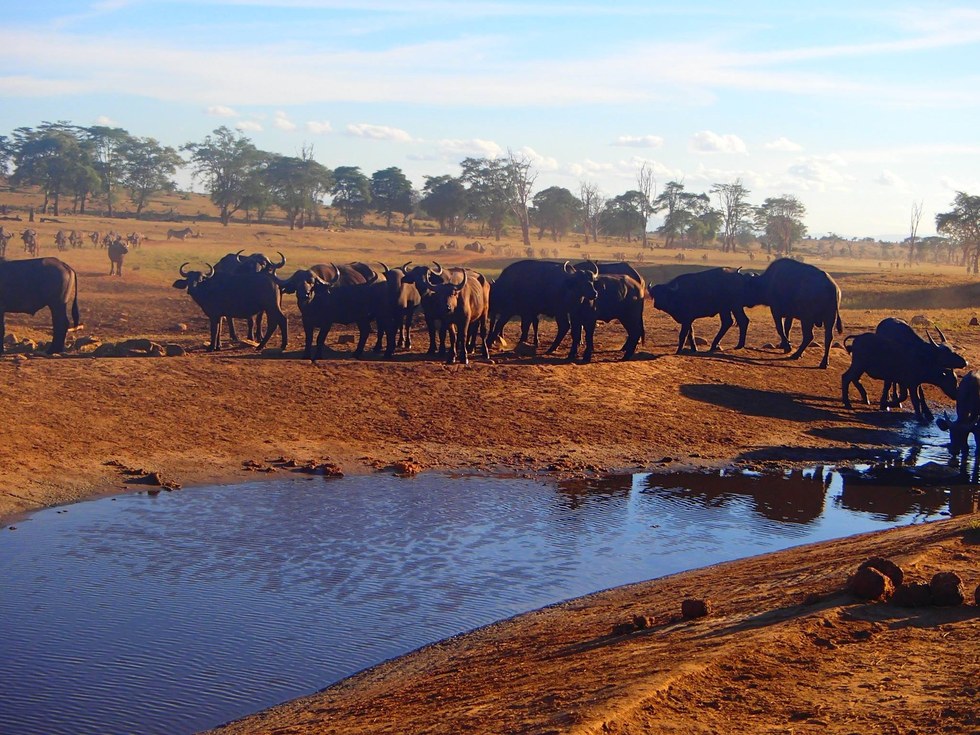 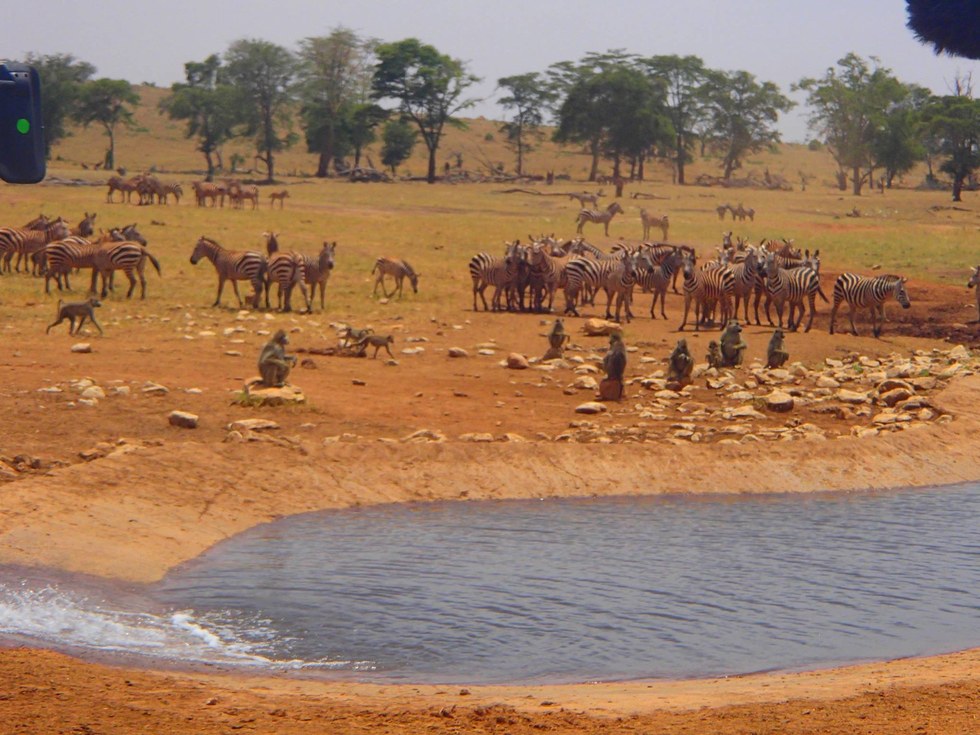 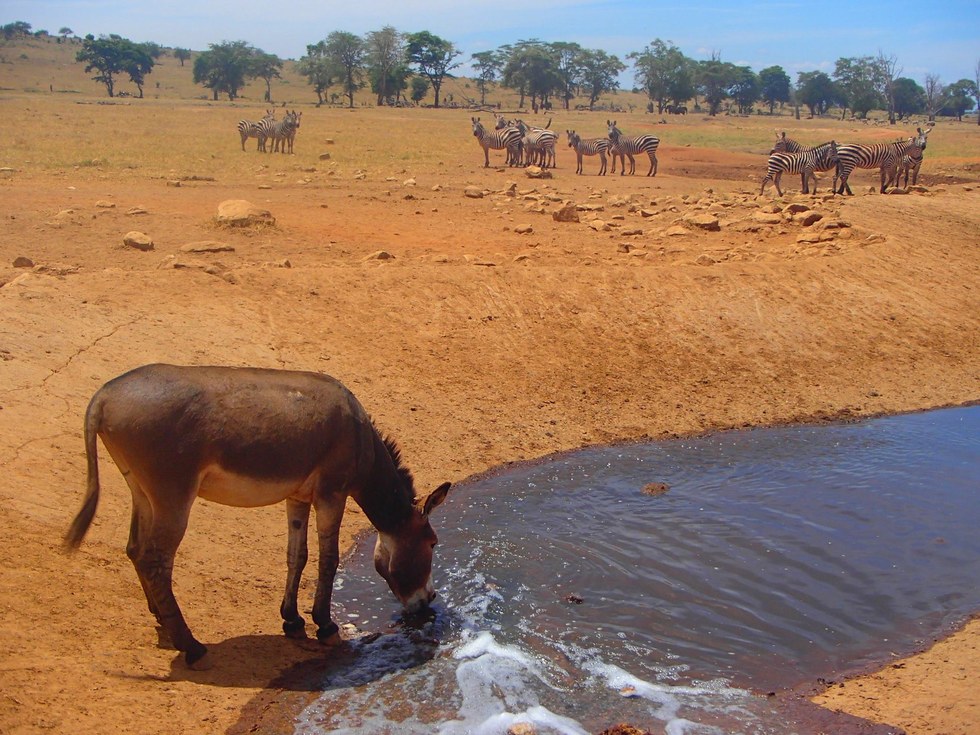 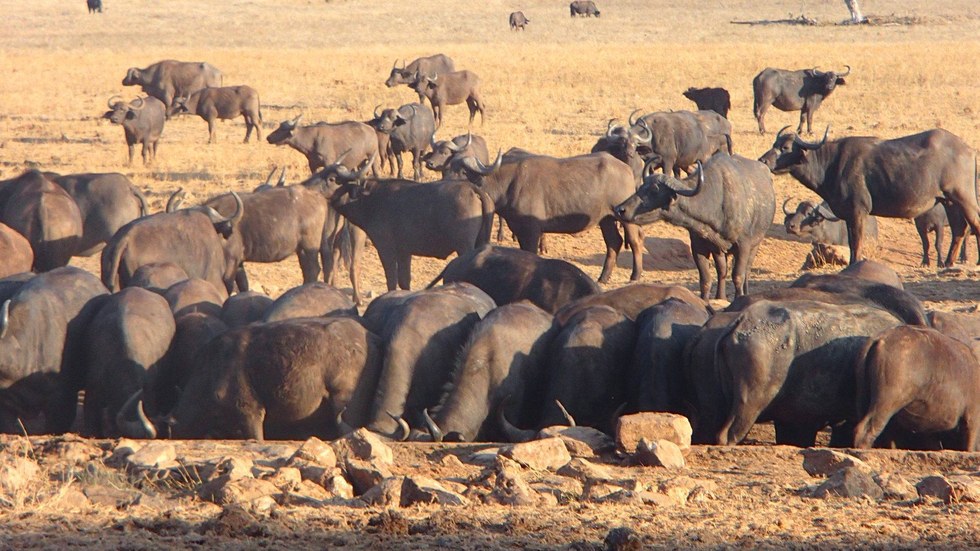 He has teamed up with with many people to raise awareness and funds for the affected animals. 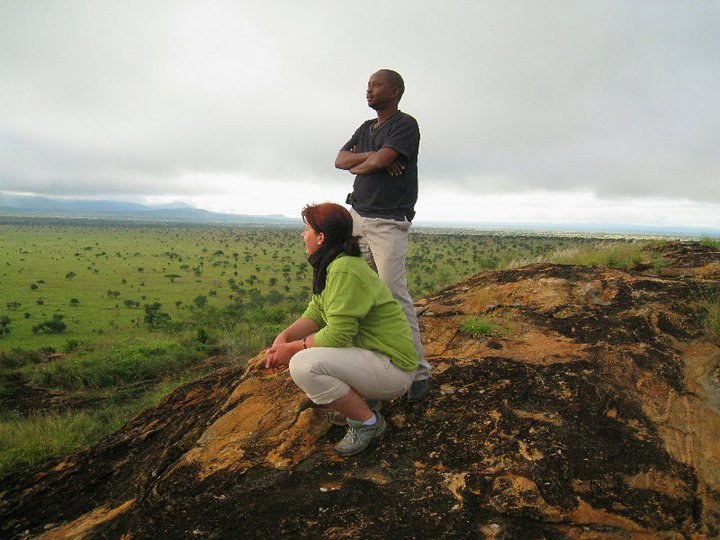 And, through his volunteer project, he visits schools to educate children on the importance of conservation. 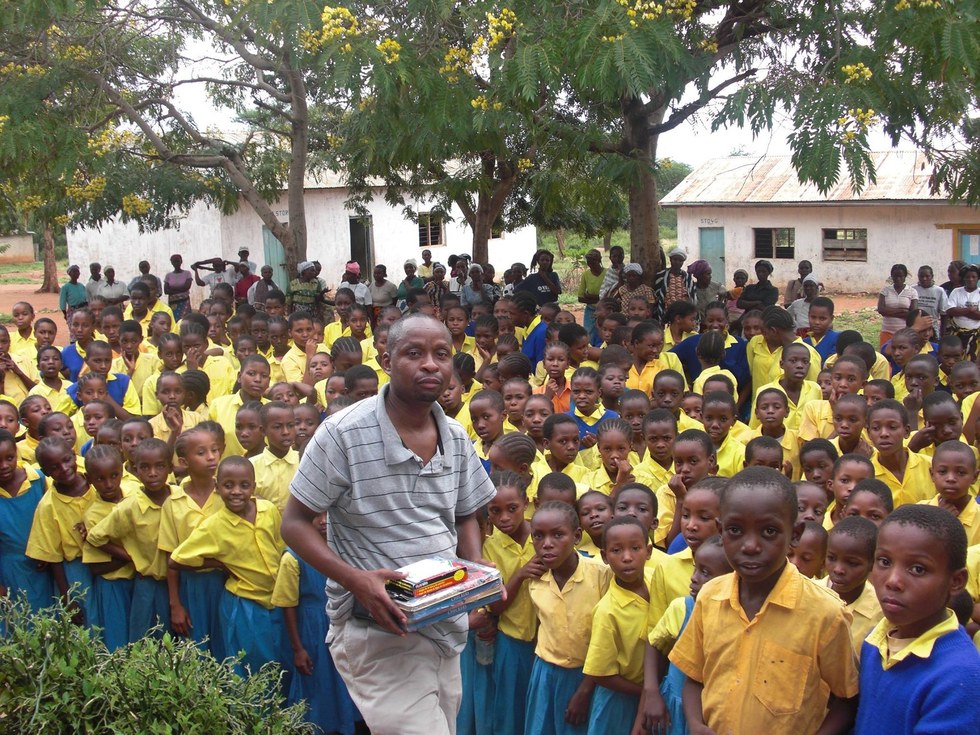 Though known as “the Elephant Guardian,” Mwalua has heroically helped countless animals in Kenya, where he has become a local hero. 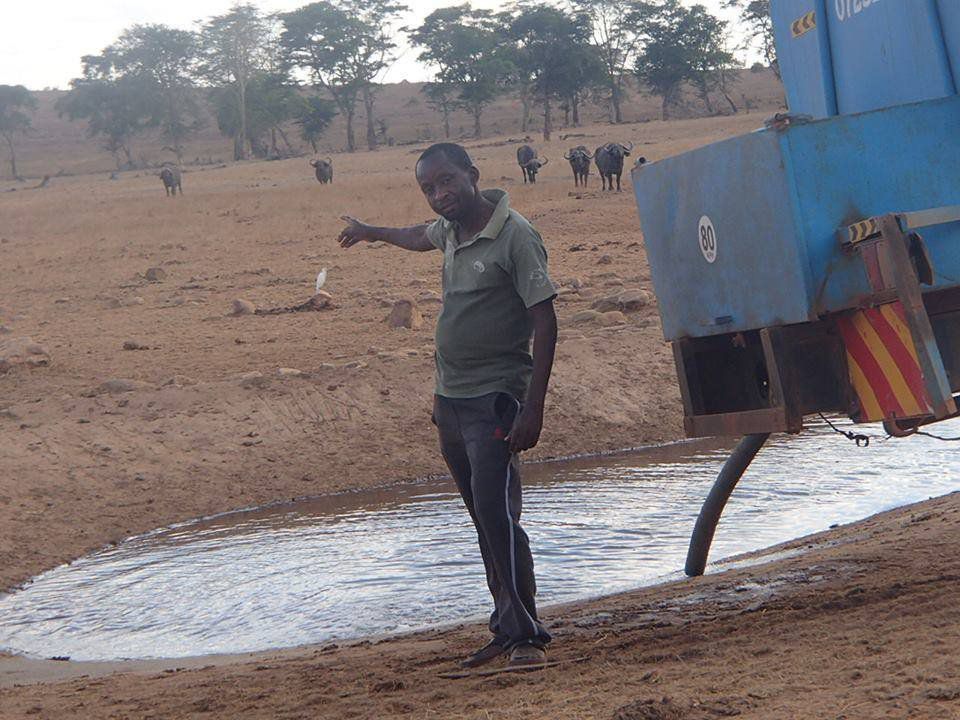 All images via Patrick Kilonzo Mwalua.