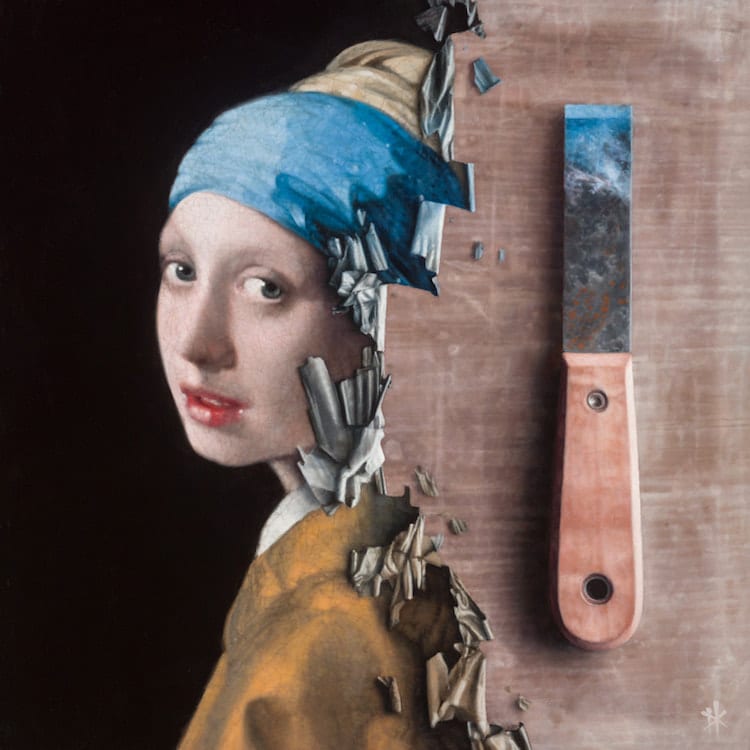 When viewing great works of art such as Vincent van Gogh's The Starry Night or Johannes Vermeer's The Girl With a Pearl Earring, it's hard to imagine that the creators were anything less than proud of their masterpieces. Artist Patrick Kramer explores the universal feeling of self-doubt in his series of illusionistic oil paintings, wherein he copies iconic images from art history only to disrupt them by “scraping away” certain elements.

“The idea for the series started out last year for a group show with the idea of ‘perfectionism,'” Kramer explains to My Modern Met. “I thought it would be interesting to create an illusionistic piece of a destroyed painting, scraped away by its unsatisfied creator. I could relate to this, as I have destroyed my own share of paintings.” The artist began with van Gogh's The Starry Night and, pleased with the final result, expanded the initial idea into a series.

Each of Kramer's illusionistic paintings begins with several reference photographs of scraped paint. Then, the artist takes his ideas to Photoshop and makes a rough composition. Once he is satisfied, Kramer returns to the canvas and carefully recreates each masterpiece stroke by stroke until it is seemingly identical to the original. Their only tell is the hyperrealistic “scrapes” that disturb their perfection—sometimes in clever, unexpected ways.

“I think I'm drawn somewhat to the tragic, as the loss of an iconic piece of art history hits you in the gut,” Kramer says. “To avoid being a total downer, I introduce a bit of humor into some, having fun with the subjects appearing to respond to the destruction.”

Scroll down to see more examples of Kramer's illusionistic painting, and follow the artist on Instagram to keep up to date with his latest creations and upcoming exhibitions.

Artist Patrick Kramer explores the idea of perfectionism by “scraping away” iconic works of art. 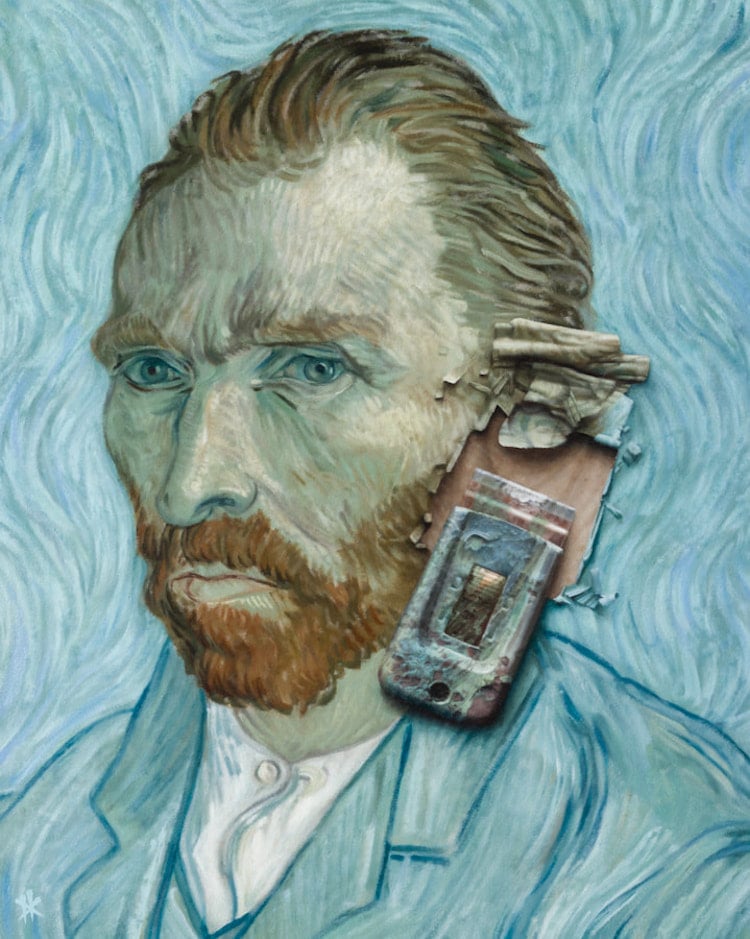 This series is inspired by the idea of artists being unsatisfied with their creations. 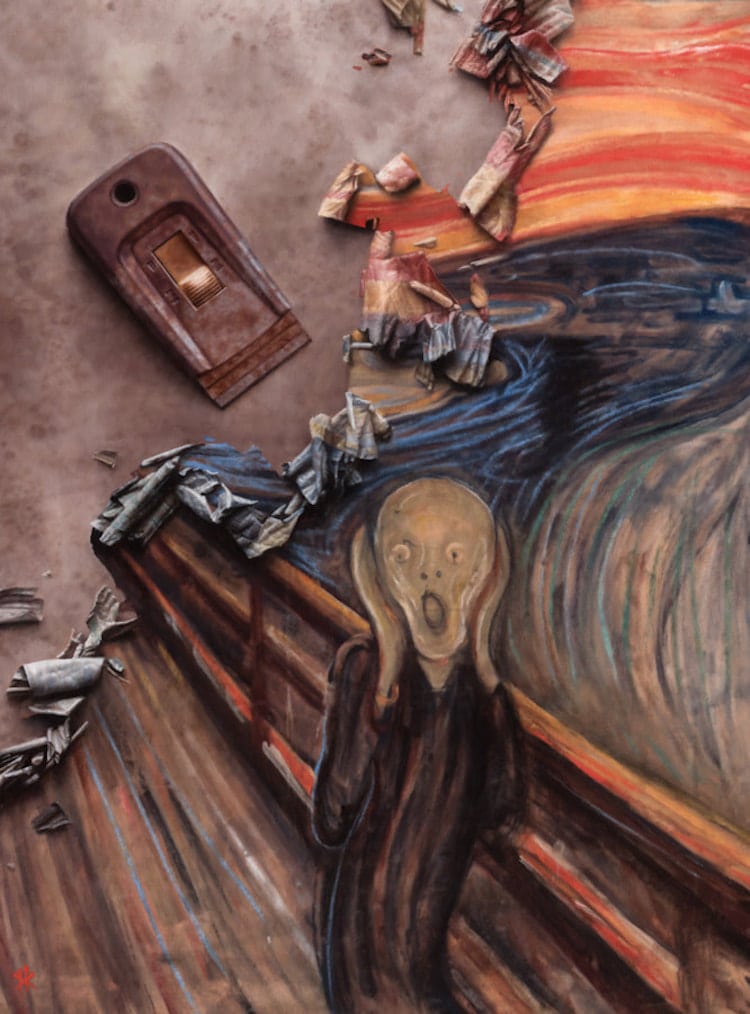 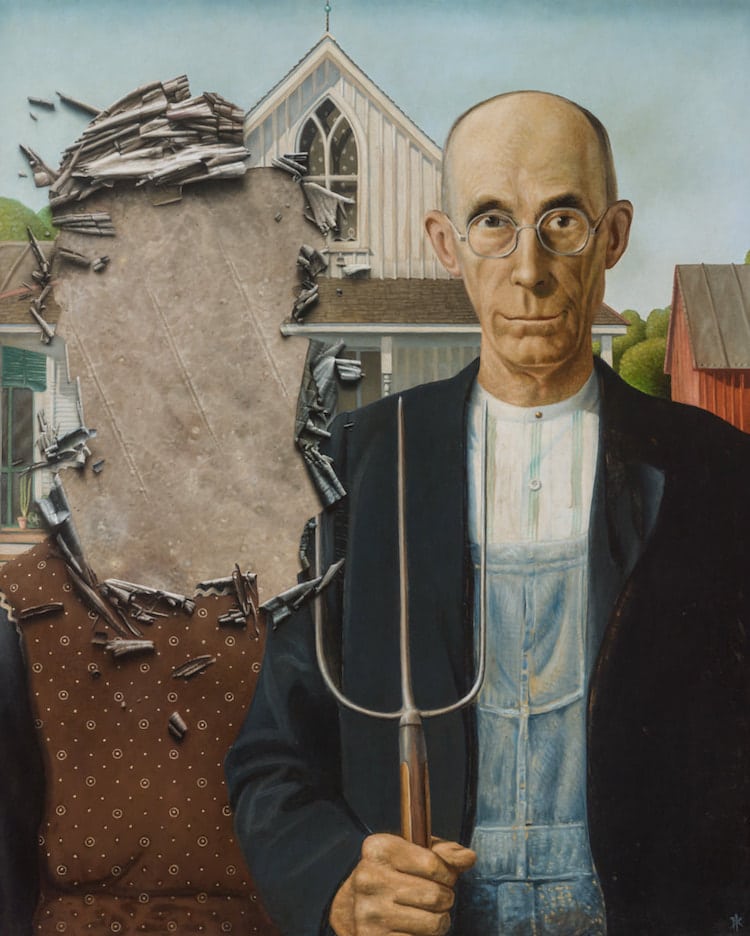 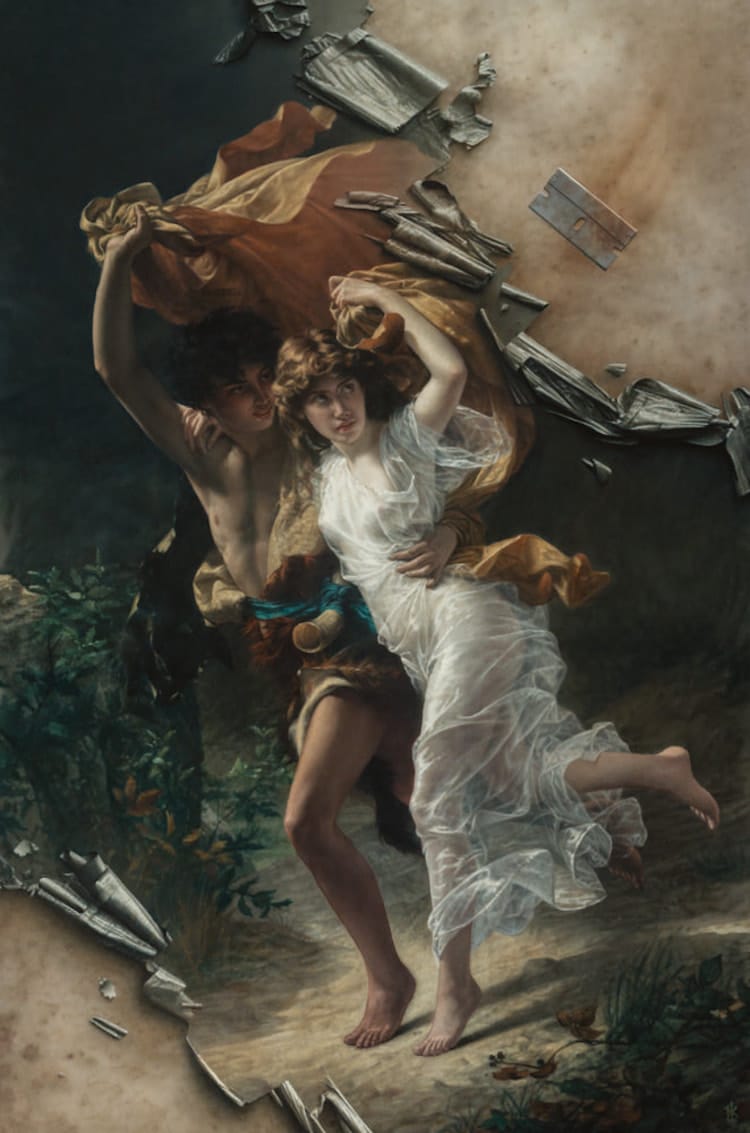 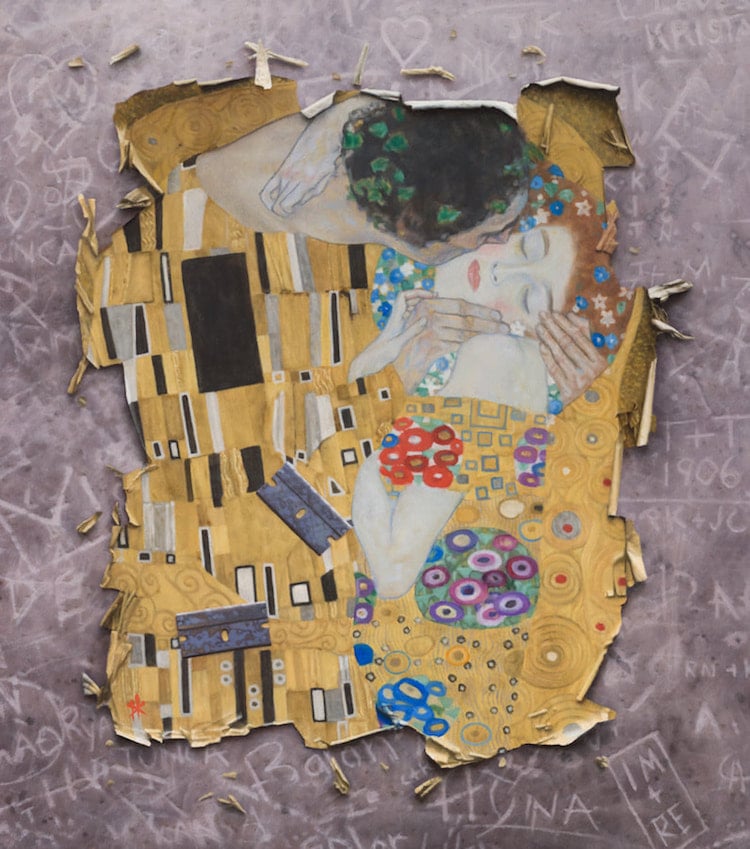 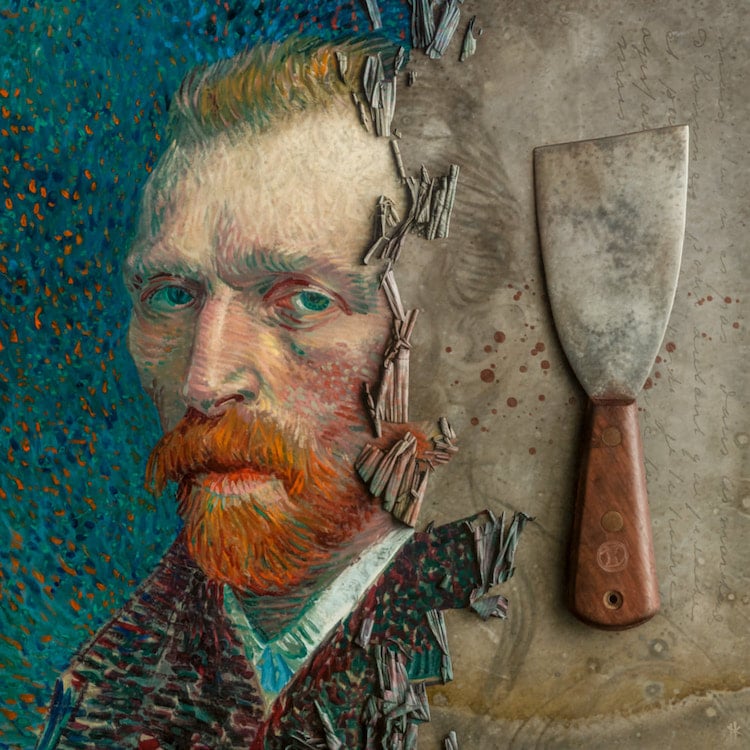 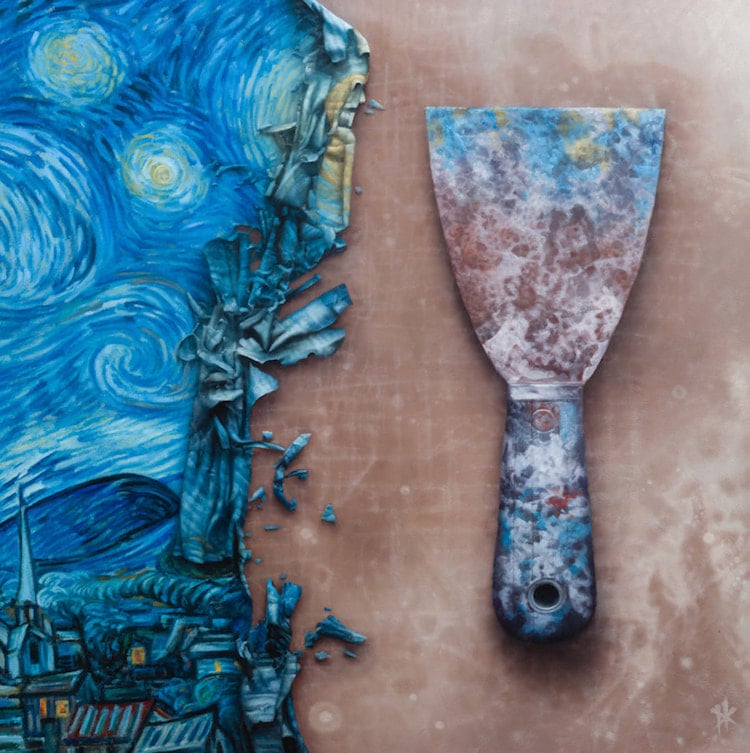 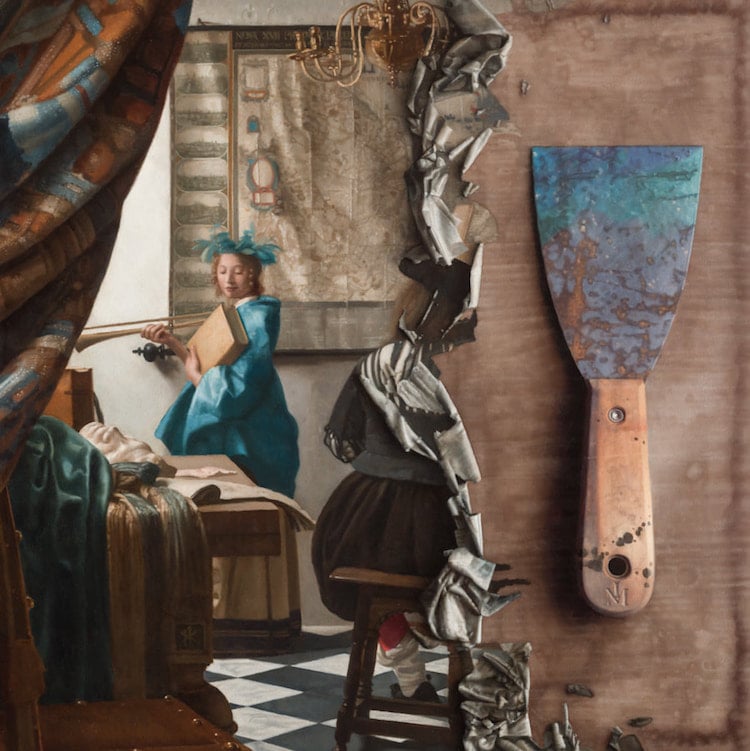