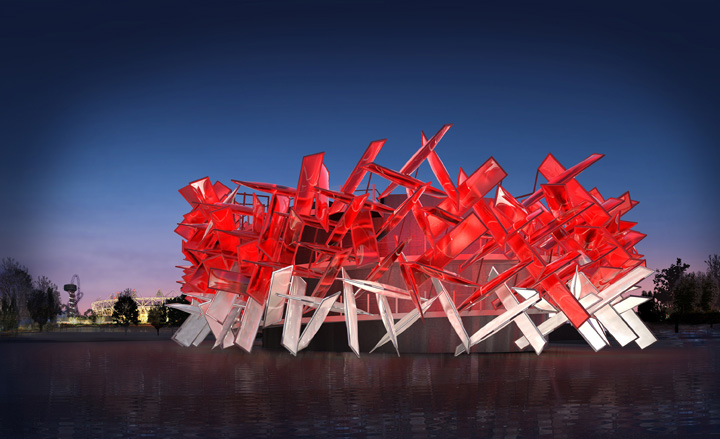 With the London 2012 Olympics fast-approaching, innovative designs for the gargantuan spectacle are slowly being unveiled. One architectural highlight of the massive event is The Coca-Cola Beatbox, an interactive stage. Designed by Pernilla & Asif, the joint effort of emerging London architects Pernilla Ohrstedt and Asif Khan, the arena combines architectural design and sound technology to produce an installation where guests can walk in and create music. In an effort to gain the attention of a teen audience, the pavilion incorporates music with the international athletic sports competition. The structure will be sensitive to movement and touch, reacting with a series of pre-recorded sounds.

The press release for the project that promotes Coca-Cola's global campaign – Move to the Beat –for the games this year reads: “The creative concept will enable people to ‘play' the Pavilion through interacting with sounds embedded within the architecture itself. Visitors will be able to create their own beat for London 2012 by remixing sounds of Olympic sports captured for an anthem that is being created for Coca-Cola by Grammy award-winning producer, Mark Ronson.”

In addition to the modern interactive element, the “building with a beat” boasts a winding ramp that leads up to a roof that offers a panoramic view of the Olympic park. It is also quite an electrifying sight to be seen from outdoors, displaying a multitude of sharp intertwining red and white panels. 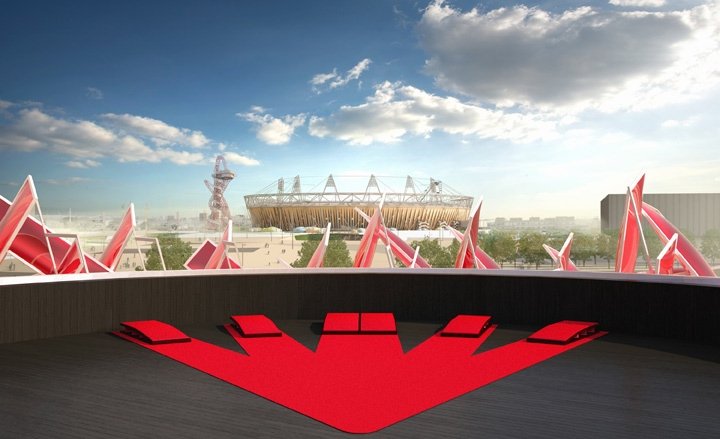 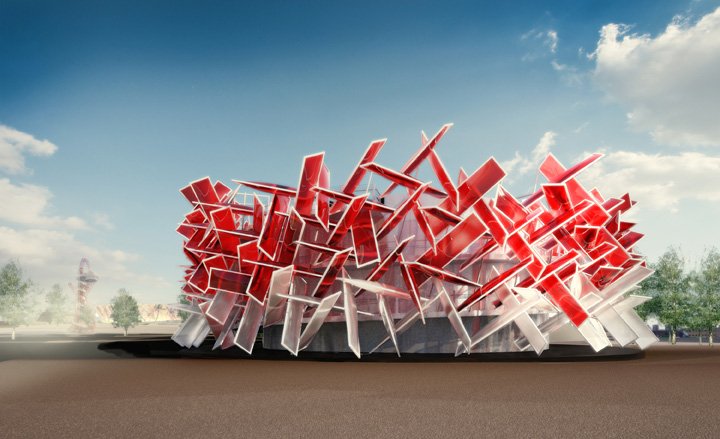 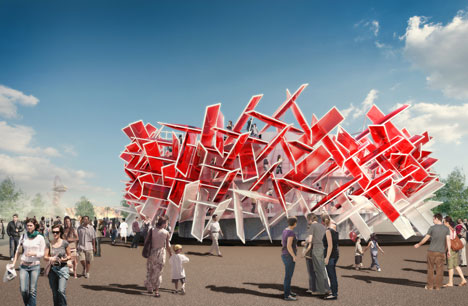 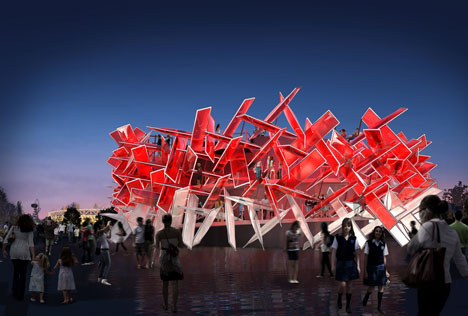 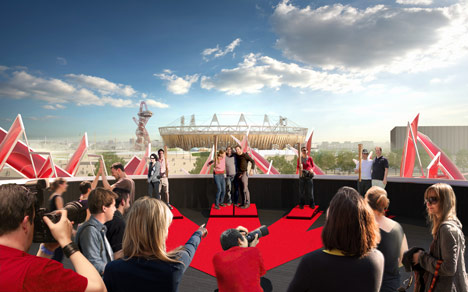