Brilliantly Red Lines Radiate From the Top of a French Waterfall 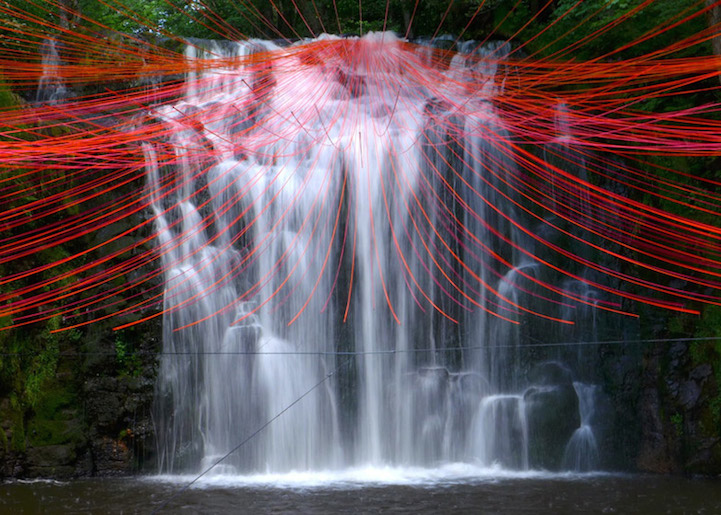 Brilliantly-colored red lines radiate from the top of a waterfall and over a pool in this stunning installation by French artist Pier Fabre. The 240 strings are suspended in front of a cascade at Egliseneuve d'Entraigues, in the mountainous Sancy region of central France. Titled Dripping, Fabre designed his piece to create an unusual space above the rushing water, and for the liquid to cling to its multiple strands. The sun is meant to shine through the water droplets in a dazzling effect.

The 20 meter-long strings start at the top of the eight-meter-high waterfall and curve out in three tiers, giving the illusion that they end in midair above the water. Fabre does this by attaching the lines to metal wires that connect to a thin frame crossing the river. This infrastructure attaches to the trees on either side of the pool and is anchored to rocks in the ground.

Dripping was produced for this year's Horizons Sancy, which is an arts and nature festival held annually across the region; it focuses on artworks set among the landscape. Laurent Gongora's recently-featured steel triangles were installed at a similar waterfall for the festival back in 2012. 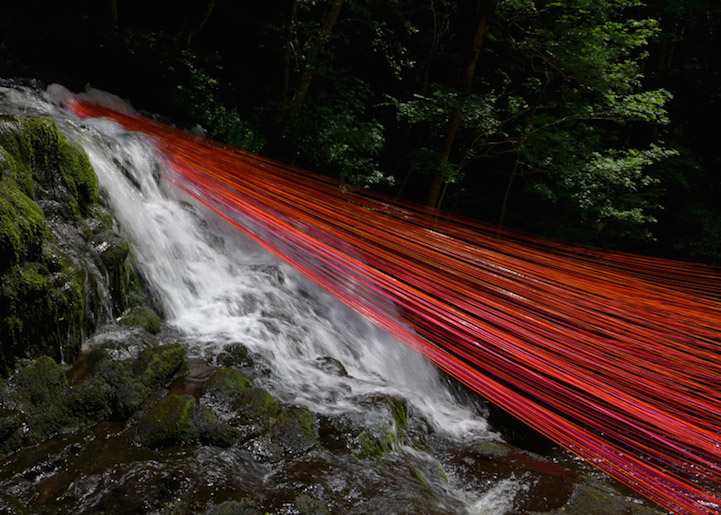 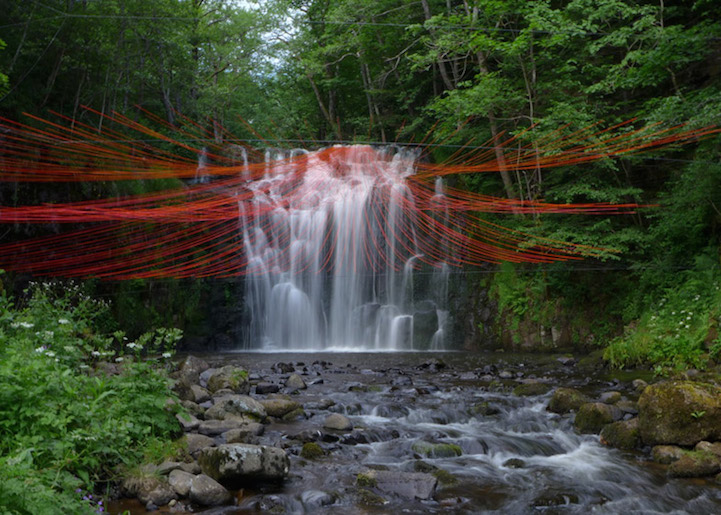 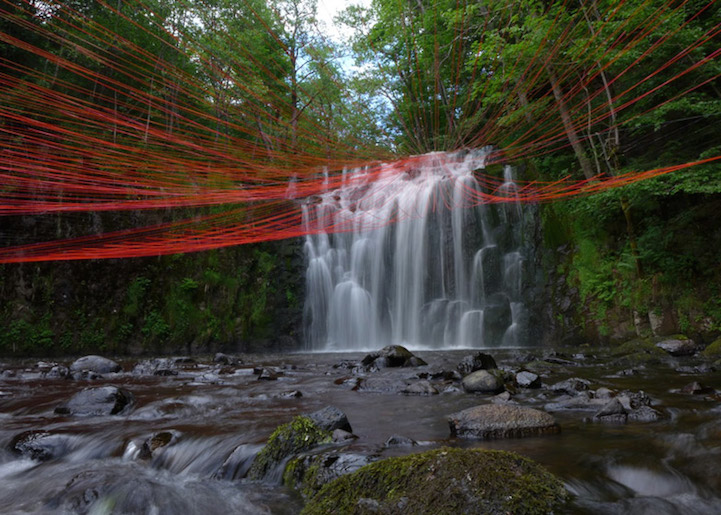 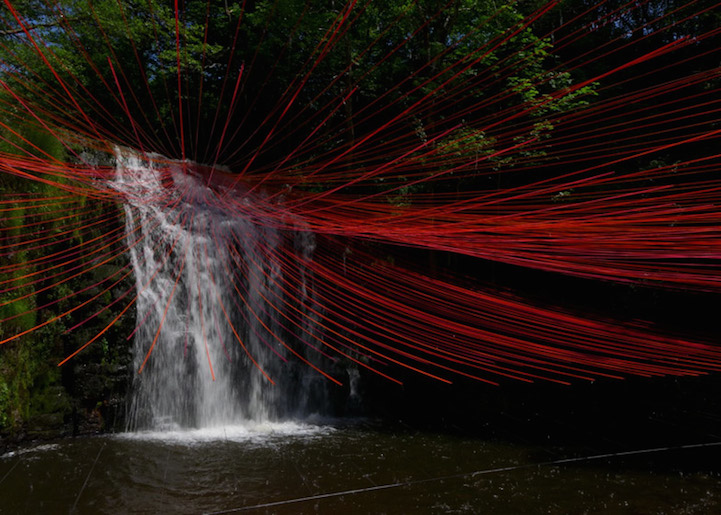 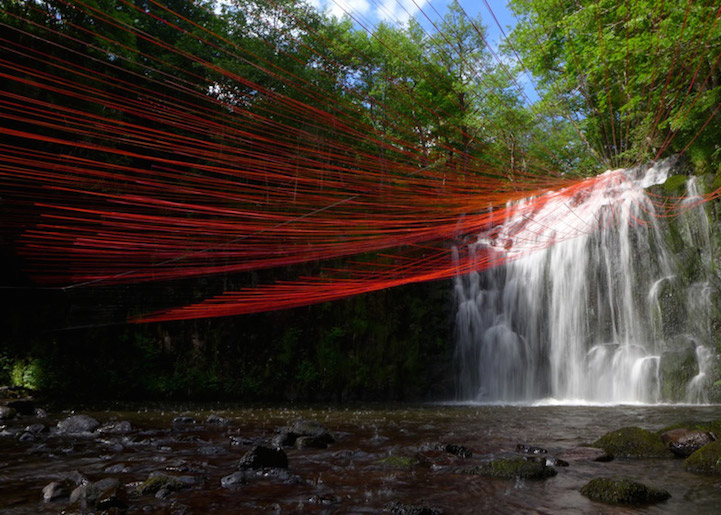