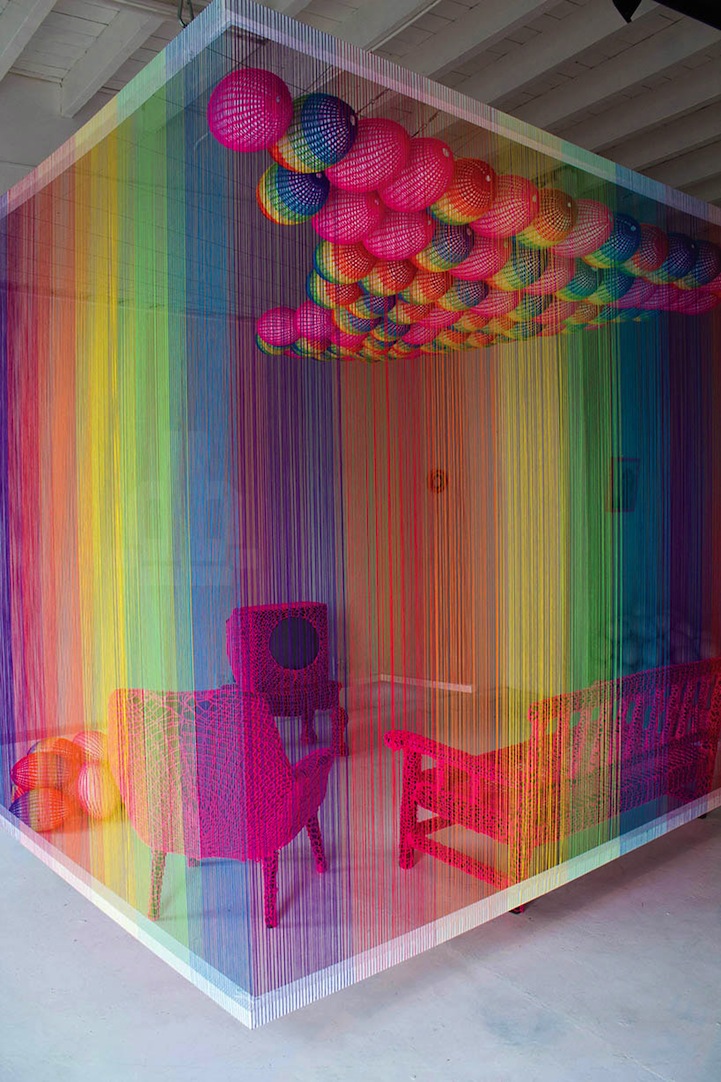 For more than 35 years, the rainbow flag has stood as a symbol of lesbian, gay, bisexual, and transgender pride and diversity. Last year, using the rainbow flag as inspiration, Cape Town-based designer Pierre le Riche designed Broederbond in an attempt to explore and to better understand the social issues that surround homosexuality in his home town and within Afrikaner culture.

Through this installation, the artist investigates “the ideals and values of masculinity in society, [and] also the sources of masculinity in different cultures.” Broederbond is a small space set up to mimic a traditional Afrikaner living room during the 1995 Rugby World Cup final–a significant moment in South African history.

Leaning on social stereotypes, le Riche created a homosexual, rainbow-filled space directly juxtaposed with the “masculine” televised Rugby match. Enclosed by a rainbow curtain, all of the surfaces within the space, including the rugby balls hanging overhead, are covered with more than 11 miles of red, orange, yellow, green, blue, and purple acrylic thread. Through his work, le Riche hopes to spark discussions about homosexuality and to promote relationships and brotherhood across cultures. 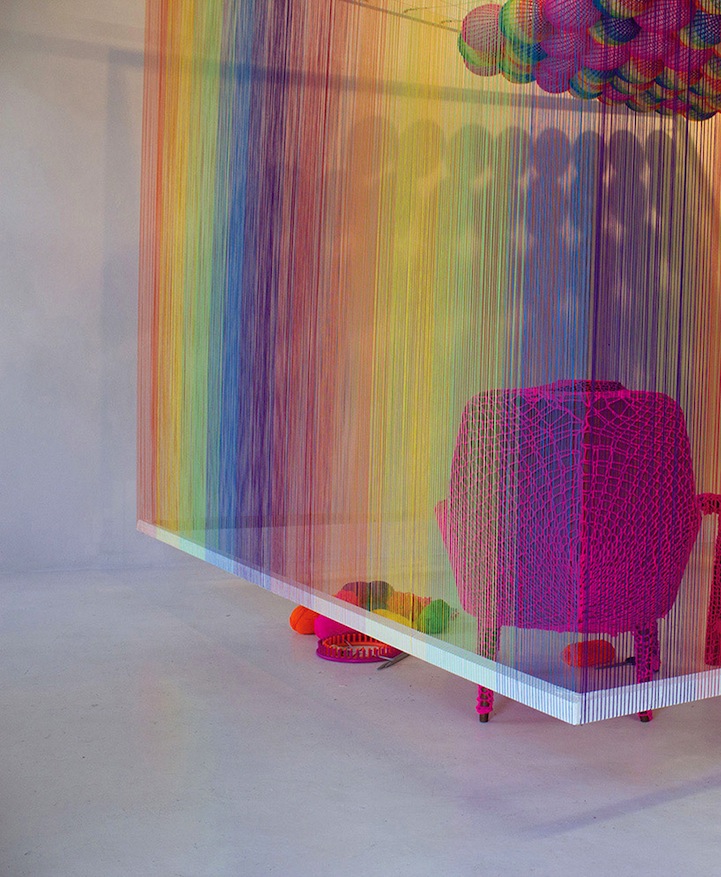 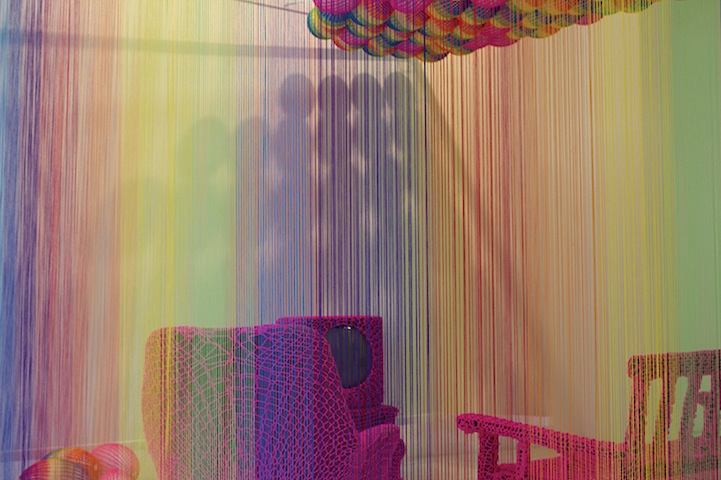 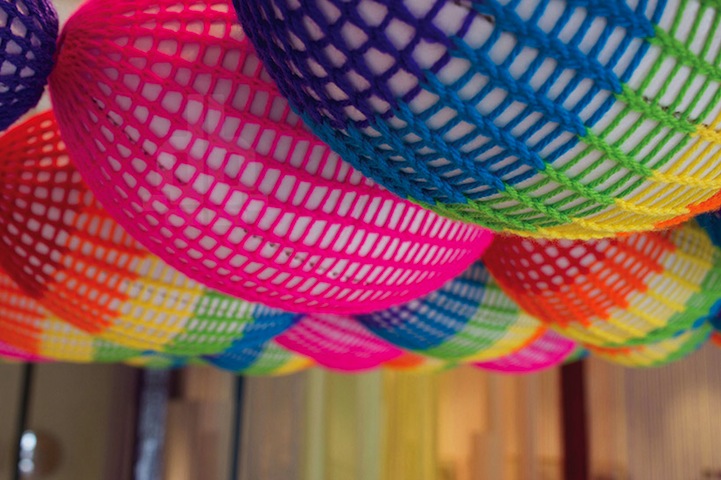 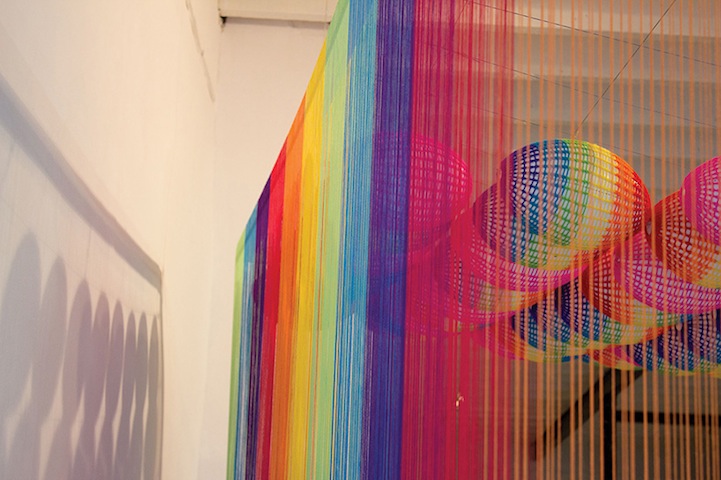 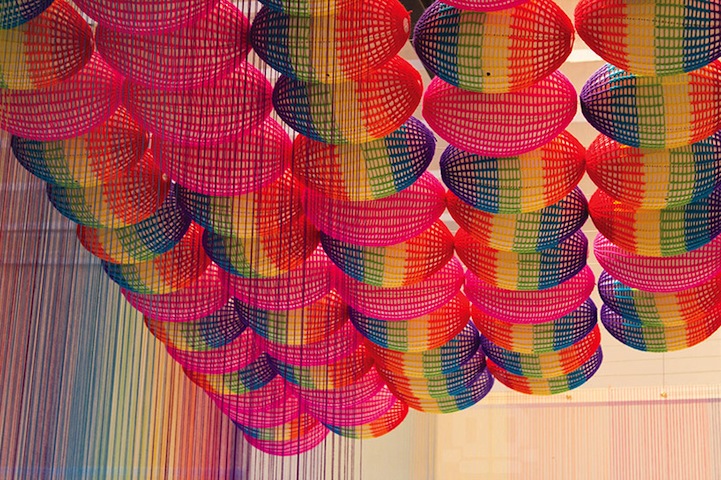 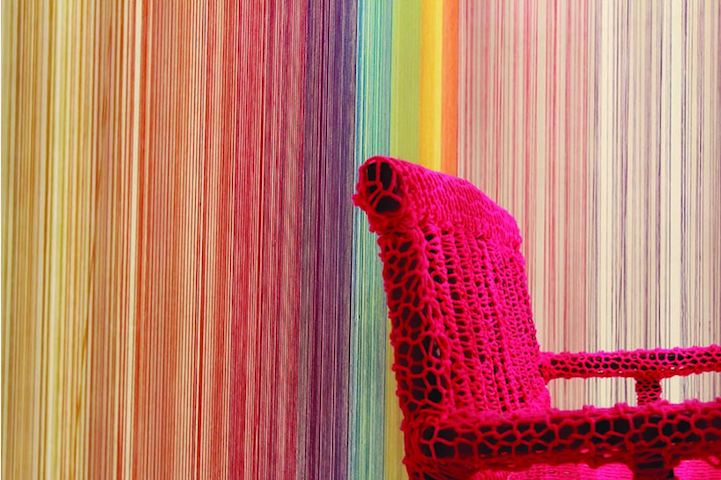