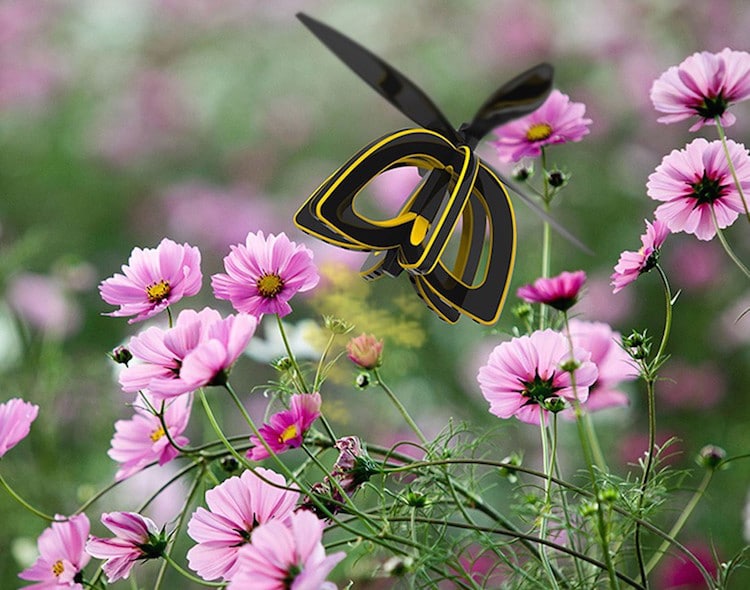 Earlier this year, major news hit the conservation world as several species of bees were listed as endangered. The news serves as a grave reminder to help restore the rapidly declining bee population; the small insects play a crucial part in our world by pollinating plants. In North America alone, the honeybees' role enables productions of at least 90 commercially-grown crops, including apples, blueberries, melons, and broccoli. While conservation efforts are underway, industrial design student Anna Haldewang has stepped up to help address the problem of pollination. Her creation called Plan Bee is a drone controlled by a smart device that artificially pollinates flowers on behalf of the bees.

Haldewang put deliberate thought into the functionality of the drone. Plan Bee is made of lightweight plastic material on the outside with foam on the inside and propellers on top. The drone's body divides into six sections with tiny holes underneath that suck pollen in as it hovers over a flower. Then, the “bee” blows out that pollen when flying over other plants.

After 50 design variations, Haldewang perfected the final appearance. It has the classic black and yellow color palette of a bumblebee, while also resembling a flower shape when flipped upside down. Although much larger than a bee, this size can serve as an educational tool. “I would love to see people use it in their backyards and even create custom gardens with it,” she said. “With an actual bee, its so small you don't notice it and how it's pollinating flowers. With the drone you can see how the process works.”

Haldewang's school, The Savannah College of Art and Design, is enthralled with the concept. Dean Victor Ermoli says, “It is outstanding. The design is self-explanatory and it offers a very clever solution.” He continues, “It could conceivably be used in large-scale farming, even in hydroponic farming.”

Plan Bee is in its early stages, and Haldewang is still fine-tuning the engineering. However, she has already filed a patent application and hopes to develop it as a viable product in two years. 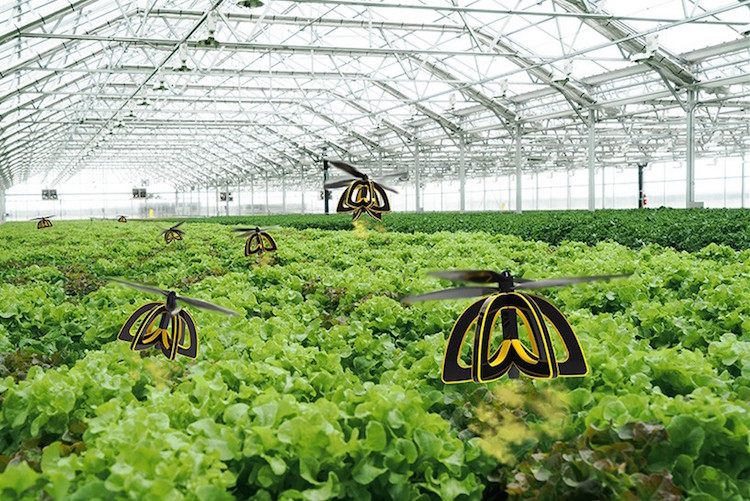 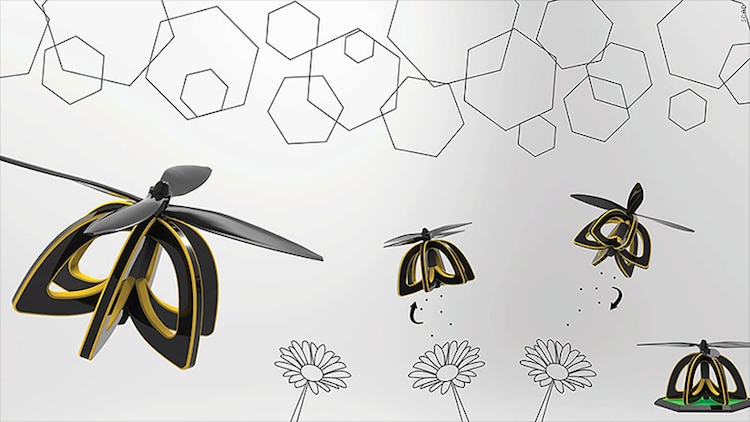 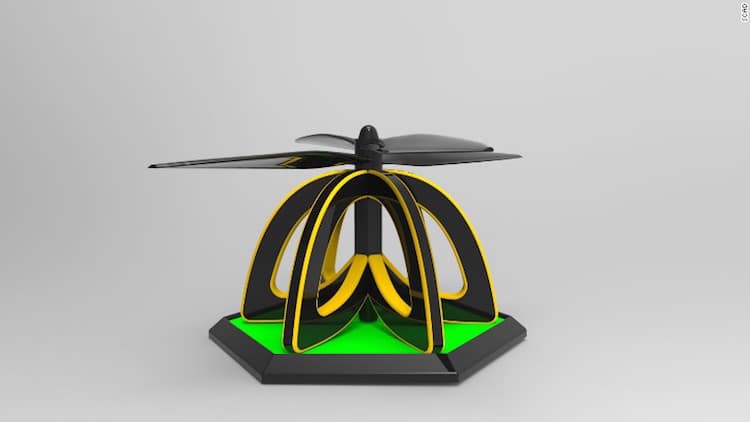 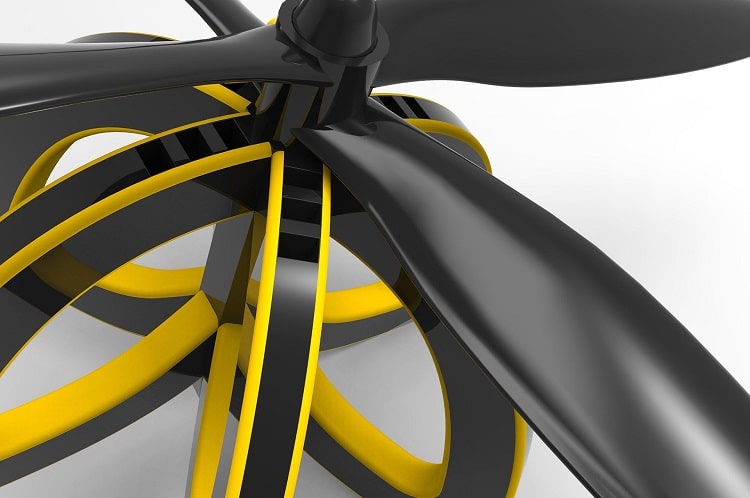 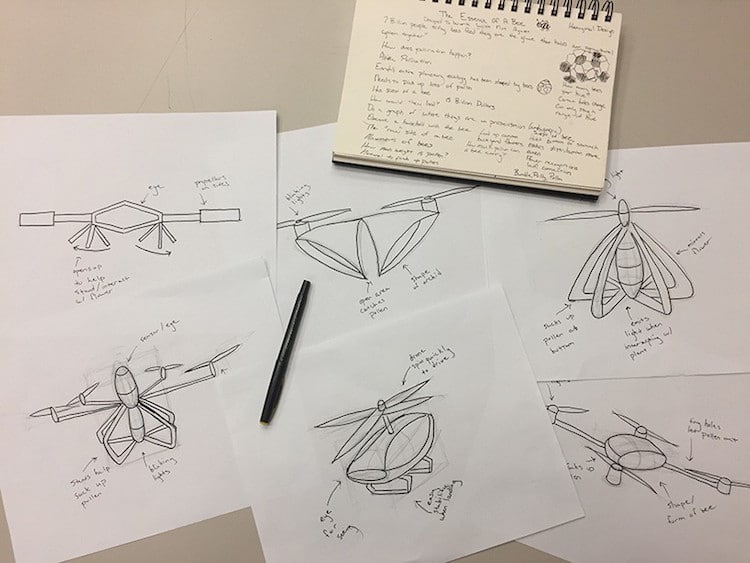 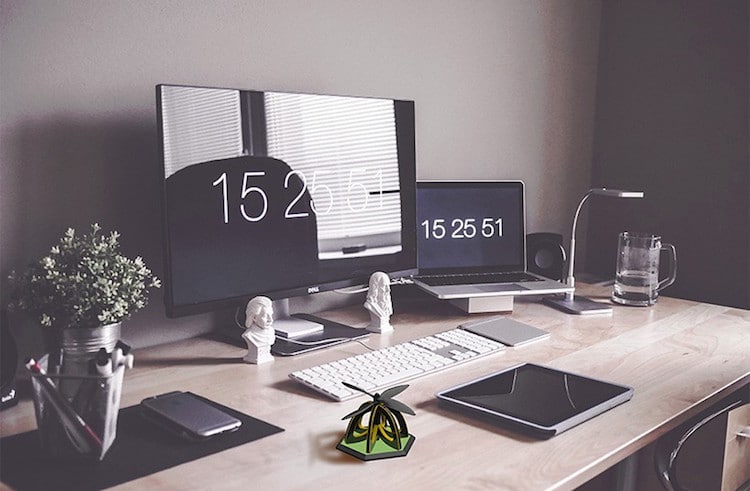 All images via Anna Haldewang and Savannah College of Art and Design.