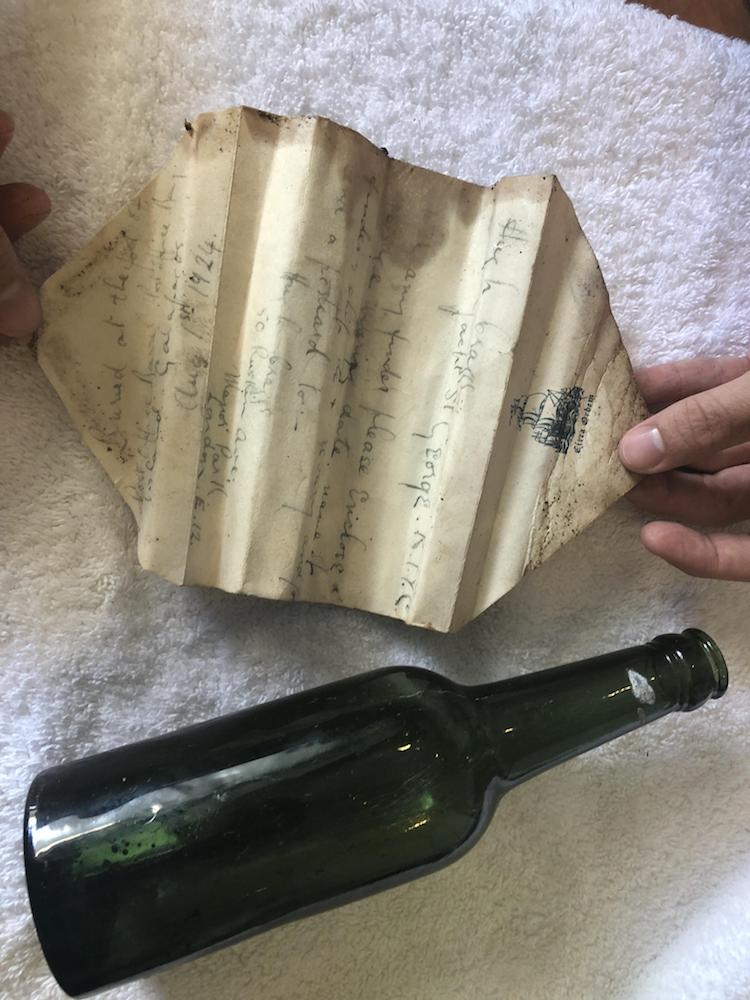 On Floreana Island in the Galapagos, there sits an unusual “post office” that doesn’t have any employees. There’s also no building to house the handwritten letters—just a barrel that serves as a makeshift mailbox. Known as Post Office Bay, the wooden vessel has acted as a functioning post office since the 1700s. Sans mail carrier, it relies on the goodwill of fellow travelers to get the letters to their intended destinations. It’s still used today, and visitors continue to find historic artifacts of eras long past.

Redditor gap343 recently shared one of his findings from Post Office Bay. It’s a message in a bottle recovered about 1,600 feet from the barrel itself and dates back to the early 20th century. Though severely faded, gap343 was able to make out what it said. “Hugh Craggs, Yacht St George RTYC [Royal Thames Yacht Club],” he shared. “Any finder please enclose message bearing date, name of finder, of ship, destination, and send a postcard to Hugh Craggs 50 Ruskin Avenue Manor Park London E12.” It also indicates that it was in fact buried at “the foot of Post Office Bay” on August 1, 1924.

The modern discovery intrigued fellow Redditors, and this led many to research the story behind Hugh Craggs. As it turns out, the man lived an exciting life that included extensive travel by sea. In 1924, he was just 20 years old and at the start of a long and varied career path. Craggs remained a seaman until his mid-20s or so; by 1929 he was a banker living in Panama and later a car salesman, two things that would help fund his adventurous spirit later in life. He and his wife eventually moved to Guatemala where Craggs became an orchid grower with greenhouses holding nearly 10,000 orchids. He grew coffee, too, and kept up his travels by visiting other countries during this time. And if that's not impressive enough, Craggs was also an author about voyages and excursions on the sea.

Craggs ended up in the United States in the mid-1950s, and it’s where he primarily remained until his death in 1991. To learn more about Craggs, Redditor ginzen1 has compiled a long (and fascinating) summary of his life and accomplishments.

Redditor gap343 found a 1924 message in a bottle on Floreana Island from an adventurous man named Hugh Cragg. Here's his Brazil import card from 1938. 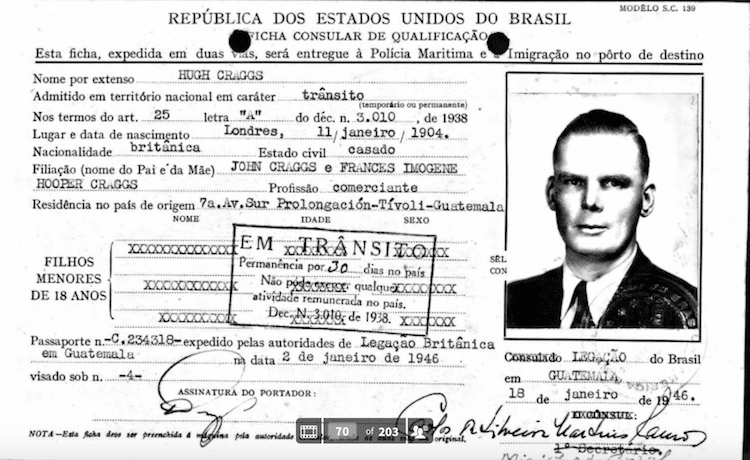 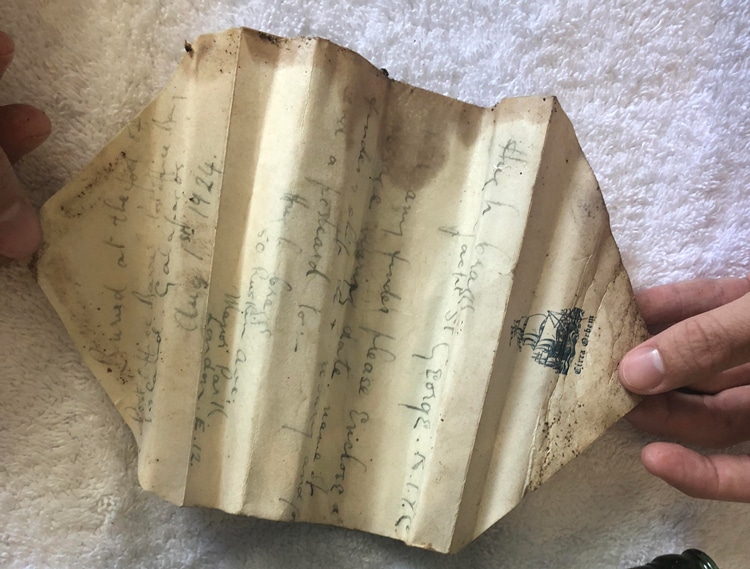 The message in the bottle, though faded reads: