Adorable Puppies Rescued Five Days After an Avalanche in Italy 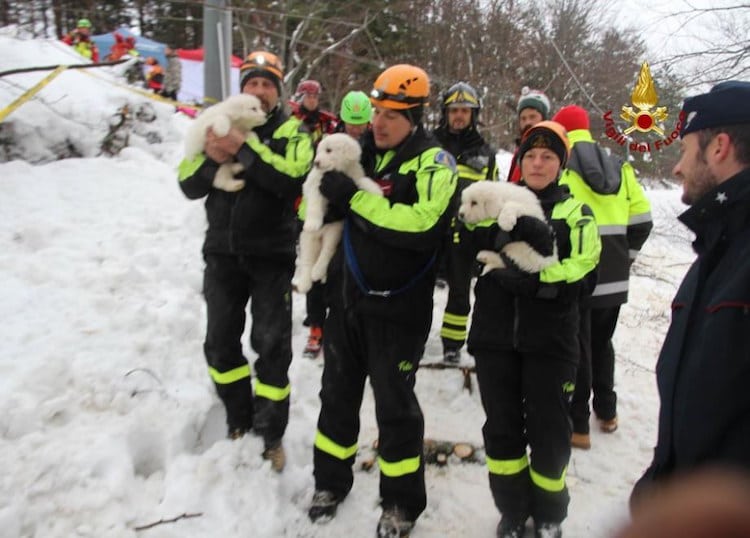 Last week, a devastating avalanche tragically struck Hotel Rigopiano, a resort hotel nestled in the forests that cover the Gran Sasso d'Italia mountain in Abruzzo, Italy. So far, rescue crews have saved 9 people from within the destroyed hotel, while 22 people are still missing and, sadly, 7 have been confirmed dead. Although the prospects of finding more survivors grew bleaker as the days passed, a glimmer of hope revealed itself on Monday—5 days after the catastrophe—when rescuers pulled 3 thriving puppies from the rubble of the inn.

The search and rescue team found the adorable 1.5-month-old Abruzzo Sheepdogs huddled inside the hotel's boiler room after hearing their faint cries and whimpers. “They just started barking very softly,” said Sonia Marini, a member of the Forestry Corps. “In fact, it was hard to find them right away because they were hidden. Then we heard this very tiny bark and we saw them from a little hole the firefighters had opened in the wall. Then we expanded the hole and we pulled them out.” Once the puppies were safe and sound (and amply kissed and cuddled), they were examined, and, remarkably, found to be in good health.

The team had been on the look-out for the trio, who, along with their parents, Lupo (“Wolf”) and Nuvola (“Cloud”), lived at the resort. Miraculously, Lupo and Nuvola were found alive within 24 hours of the disaster. The canine couple had escaped the wreckage and fled to a neighboring town. Soon, they will be reunited with their bundles of joy.

The heartwarming discovery of the puppies has provided a much-needed sense of hope during a very dark time. Their abilities to survive points to the possibility that those still missing may be alive, too—and rescuers aren't giving up.

Rescue workers pulled the puppies from the rubble 5 days after the deadly avalanche. 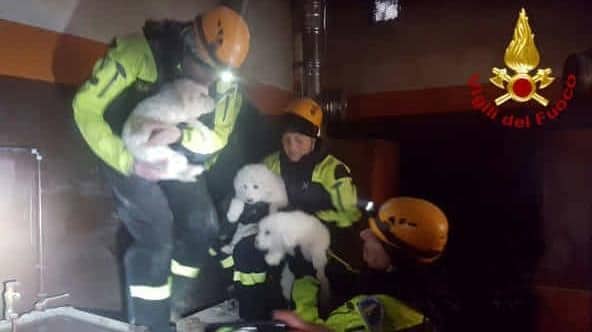 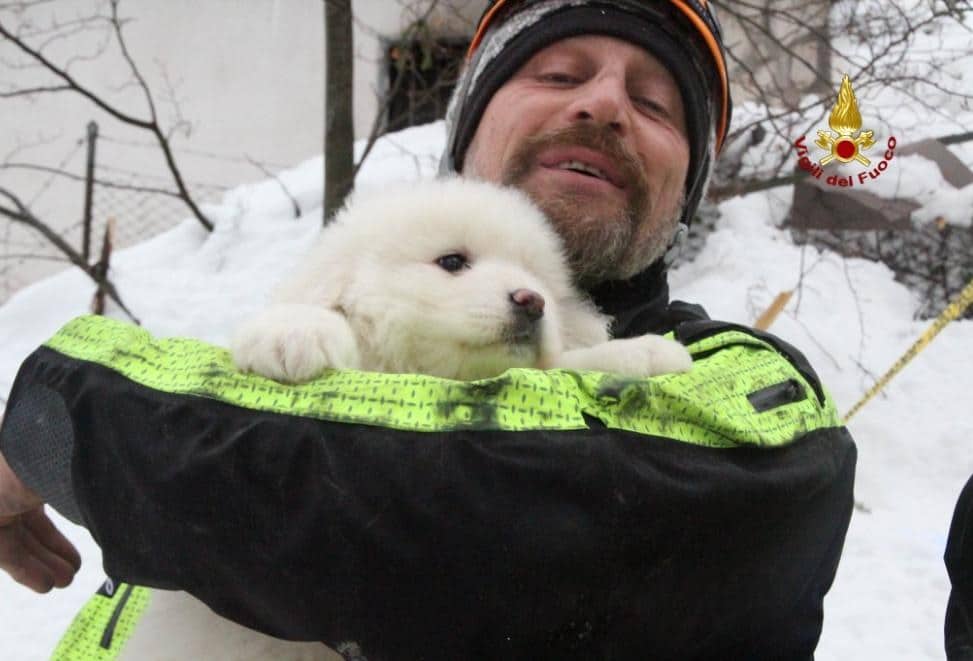 The puppies were popular on the hotel's Facebook page, and followers anxiously awaited their recovery. 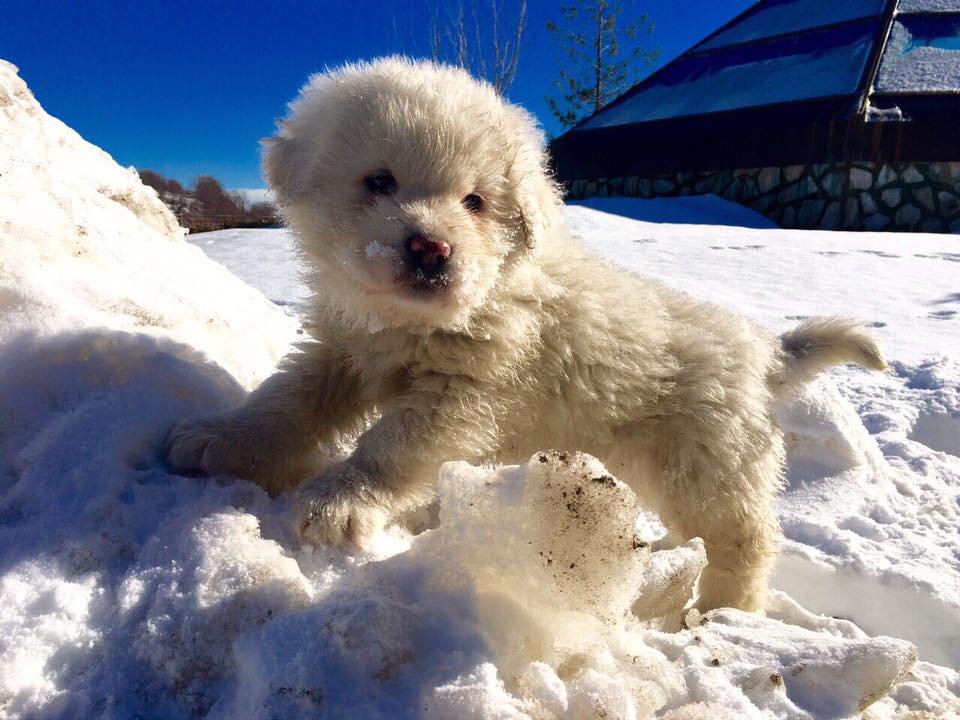 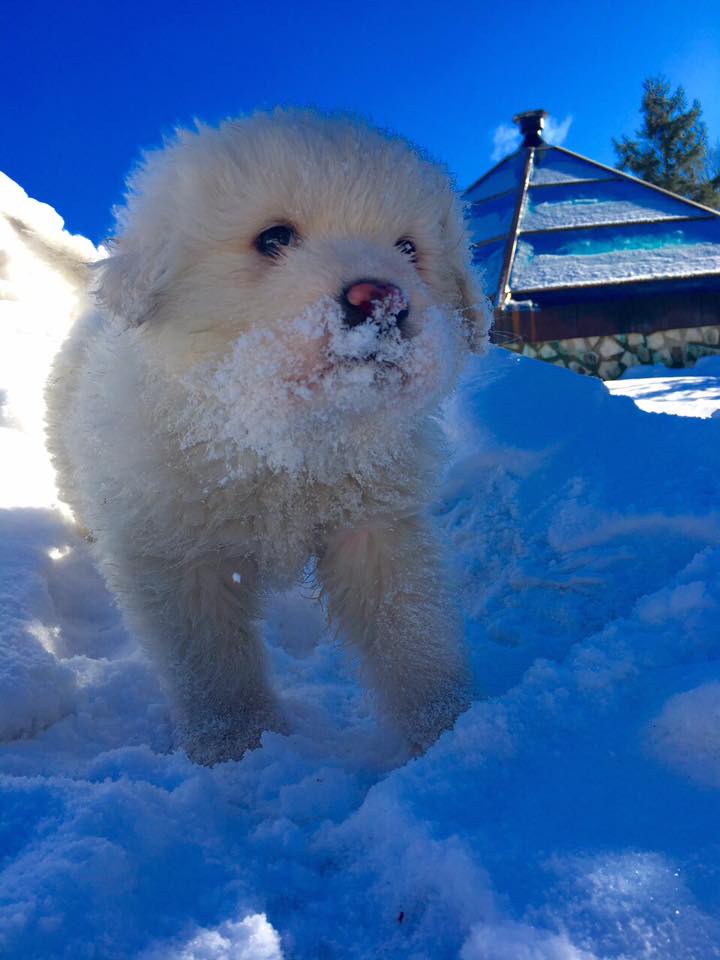 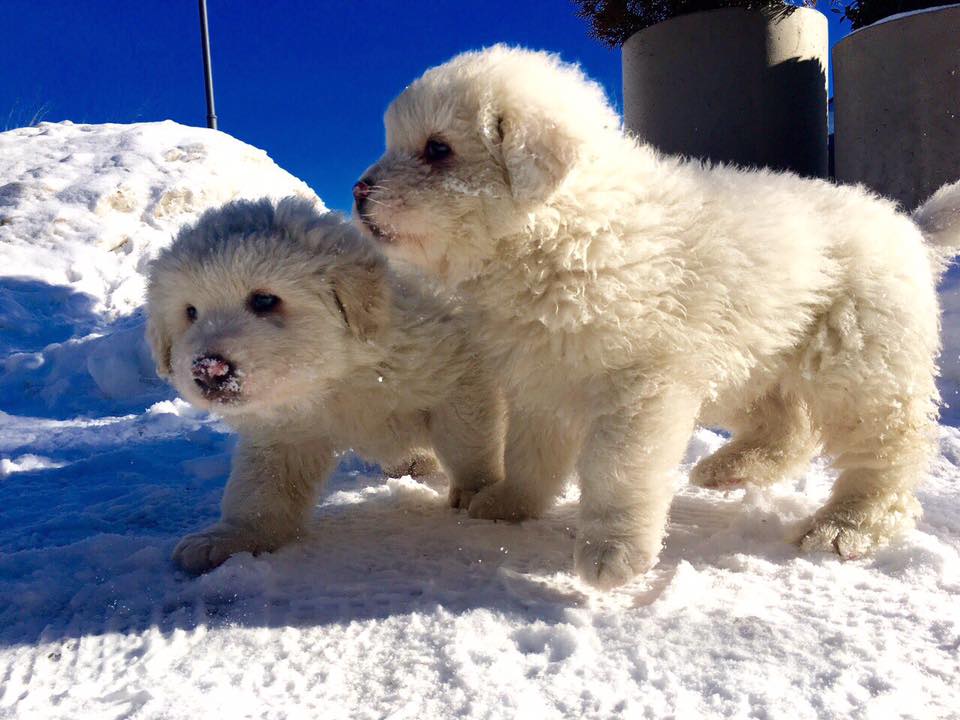 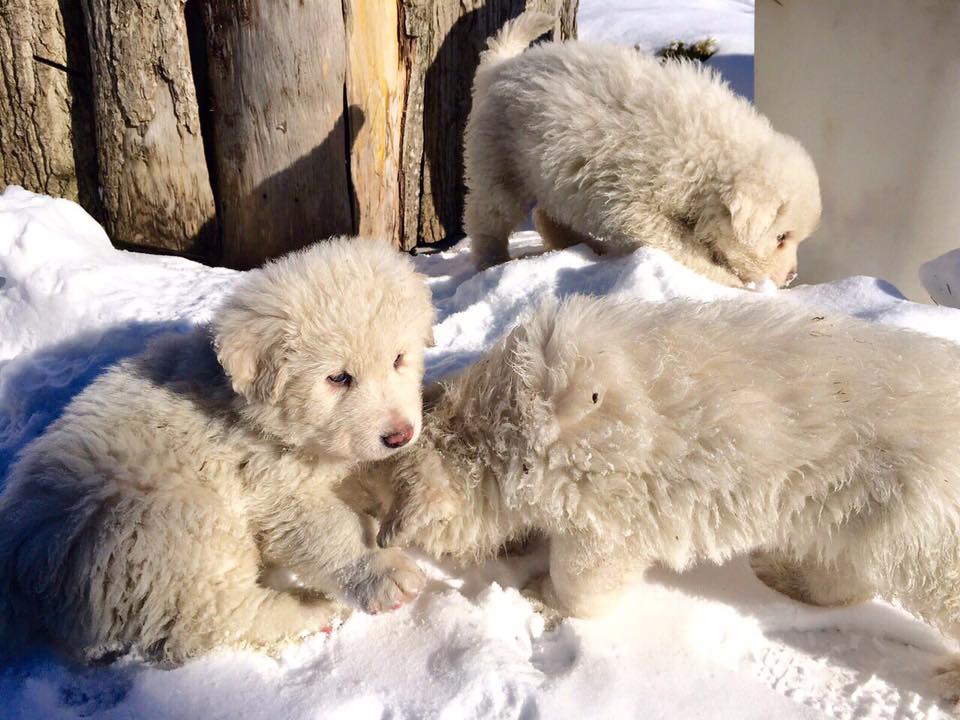 Their parents were found in a nearby town the day after the disaster. 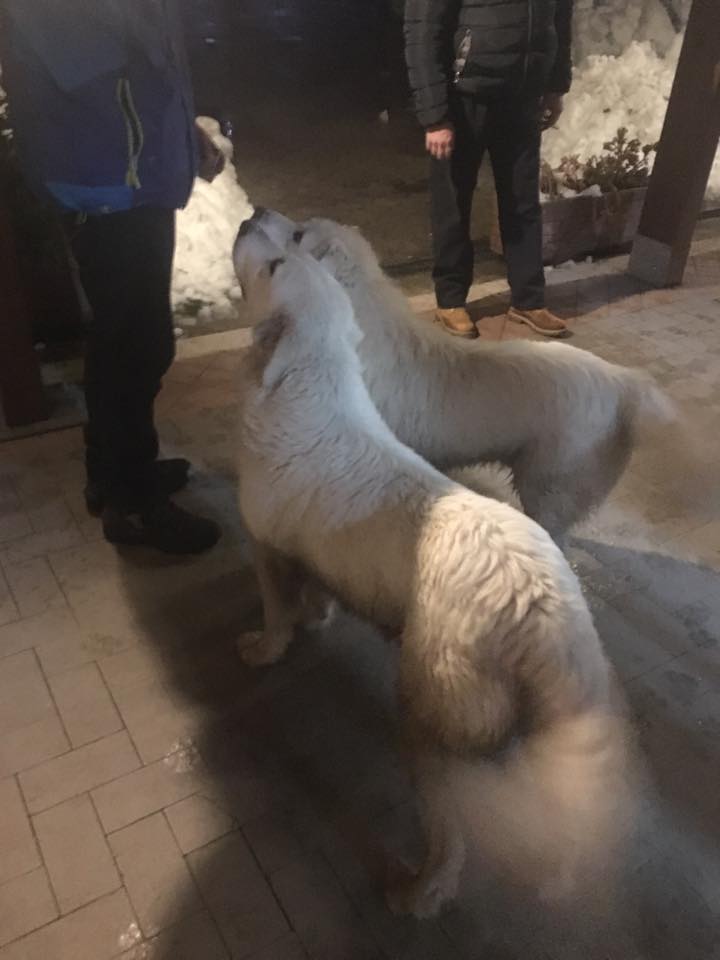 Soon, the adorable family will be reunited once more. 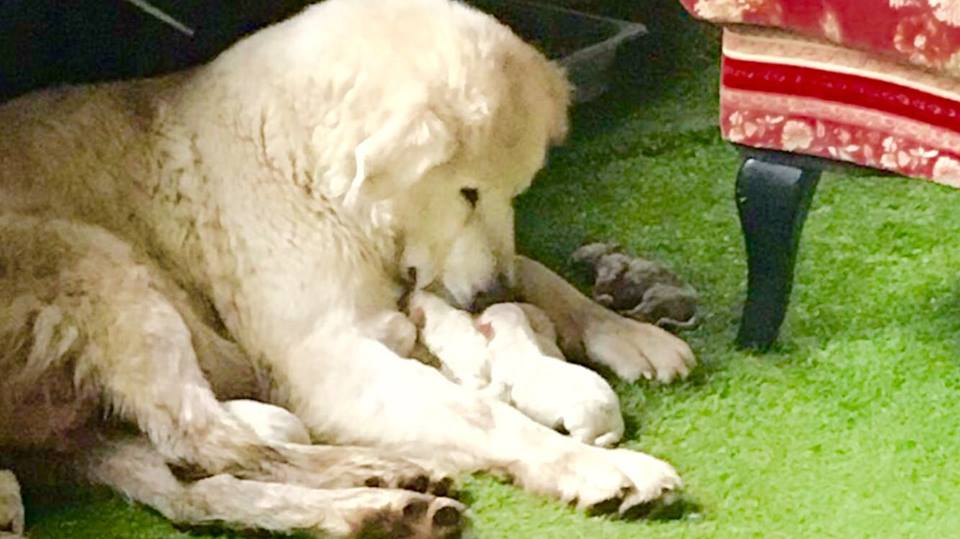 See the tear-jerking rescue below.

All images via Vigili del Fuoco unless otherwise stated.