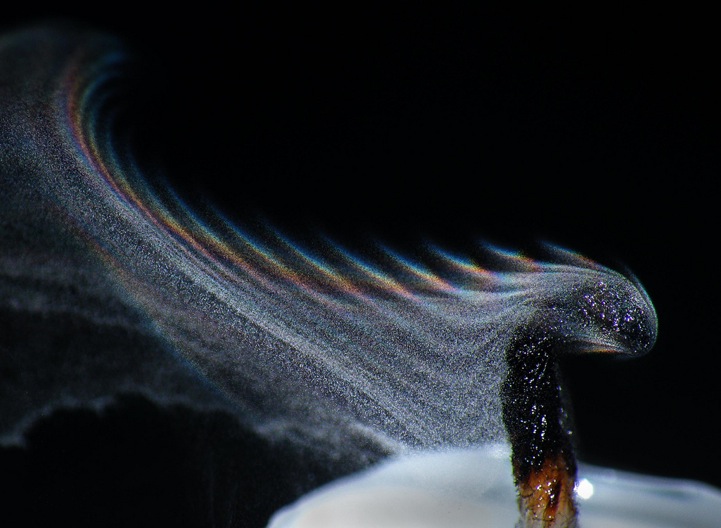 We're used to seeing a rainbow follow rainfall, but have you ever seen the multicolored effect follow an extinguished flame? Photographer Grover Schrayer captured this spectacular shot of a rainbow along the tasseled edges of candle smoke, aptly titled Rainbow Fringe. According to the determined photographer, it took twenty-five attempts to produce the initial image, below, and was an arduous task that required very precise arrangements. Schrayer explains the difficulty of his technique: “The hardest part was getting the camera to focus on just the right part of the smoke. I focused on the wick, or the edge of the flame, had the shutter button half-pressed and ready, and blew out the candle and snapped very quickly.”

Using his Fuji Finepix S8100fd, with a Raynox M-250 macro lens attached, Schrayer shot at 1/1000th or higher with the use of the camera's built-in flash. “The built-in flash gave me head-on illumination of the smoke, and that head-on lighting allowed me to pick up the refraction through the droplets of wax,” he says. “Any other angle of illumination would not produce the rainbow effect.” Our visual sensors (aka eyes) are grateful for Schrayer's efforts, which have clearly paid off! 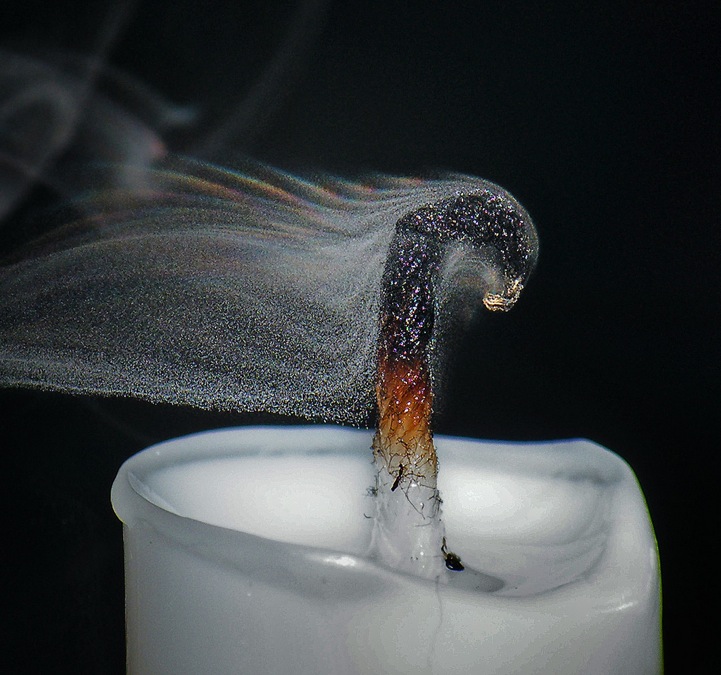