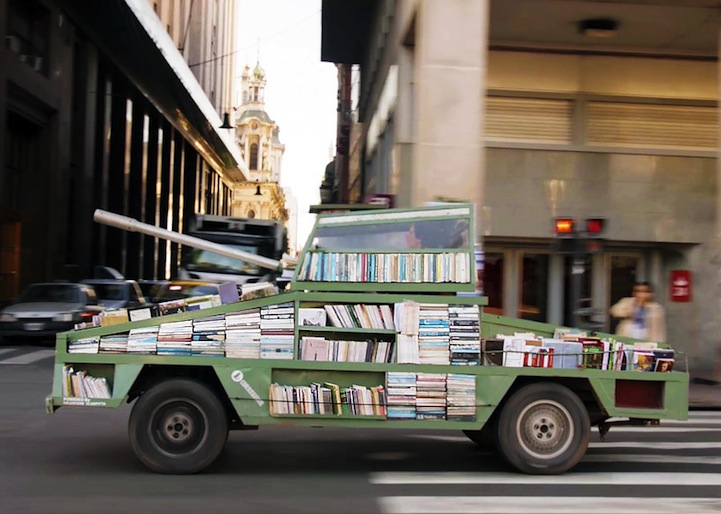 Buenos Aires artist Raul Lemesoff recently re-configured an old Ford Falcon to look like a military tank. But instead of carting around ballistics, the tank has built-in shelves that can carry about 900 books. He's dubbed his creative mobile library as the “weapon of mass instruction.”

After working for several years on the project, Lemesoff is now driving his completed bookmobile on a peaceful mission across Argentina, distributing books throughout urban centers and rural communities. He says the tank can generate much social good as “a structure that has the ability of transporting books, giving books away, collecting books, making a mess of people's heads.”

In the early stages of the project, Lemesoff's friends say they didn't know what he was building at first. Some thought he was working on a submarine; others said they figured he was doing mechanical work. One friend humorously suggested it could be a spaceship, given Lemesoff's penchant for extraordinarily offbeat, creative projects.

Now that the traveling library has been unveiled, Lemesoff is gaining international attention. 7UP recently featured him and his bookmobile as part of its “Feels Good to be You” campaign, which spotlights innovative artists. 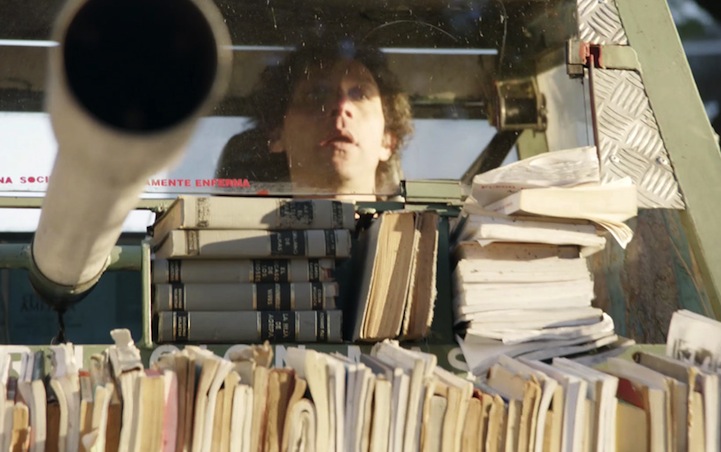 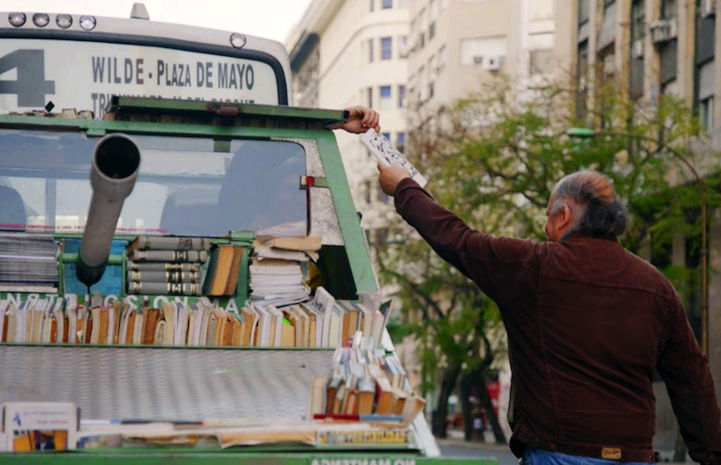 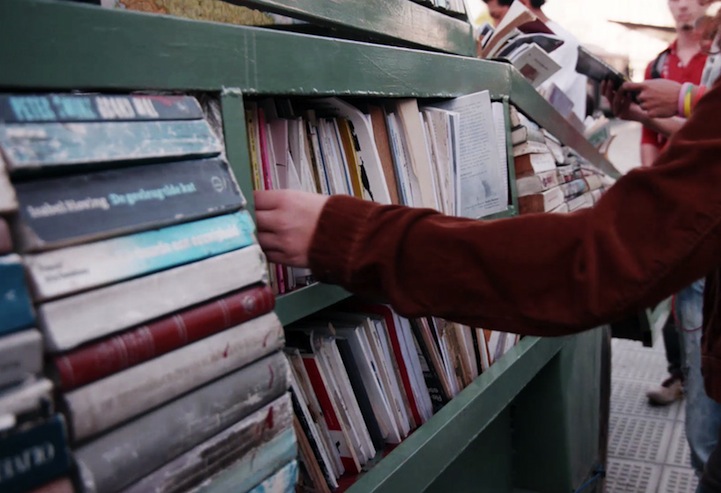 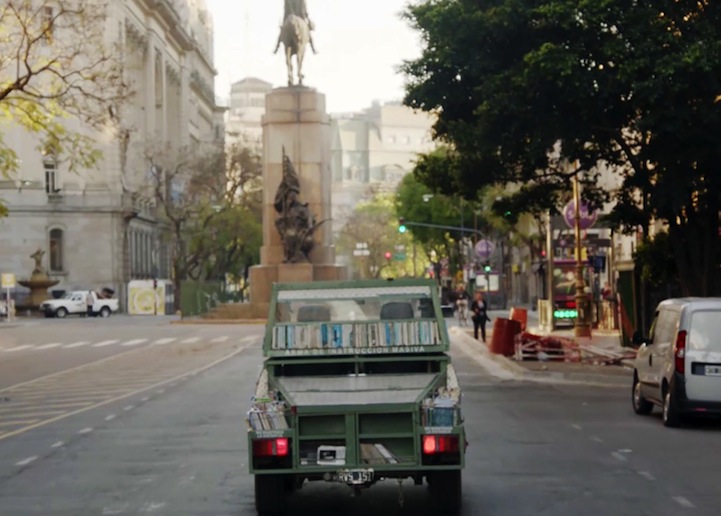 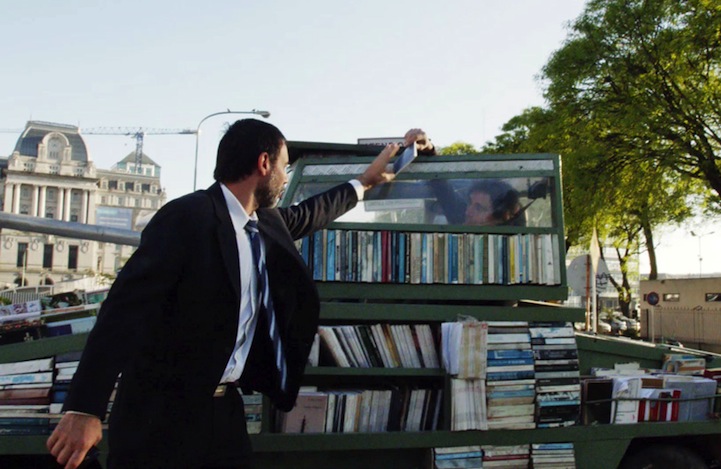 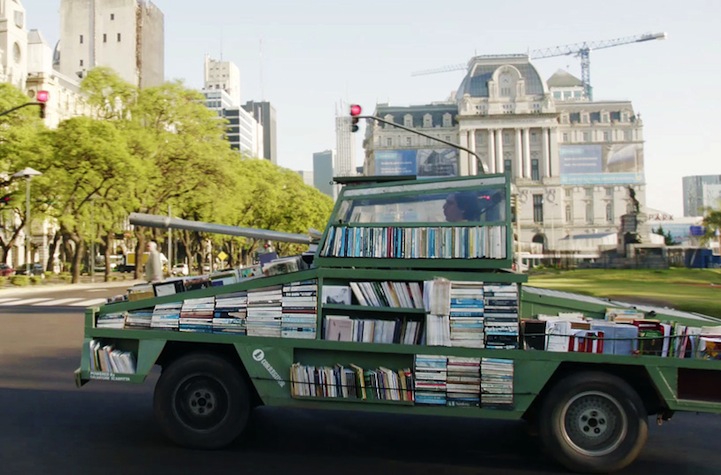 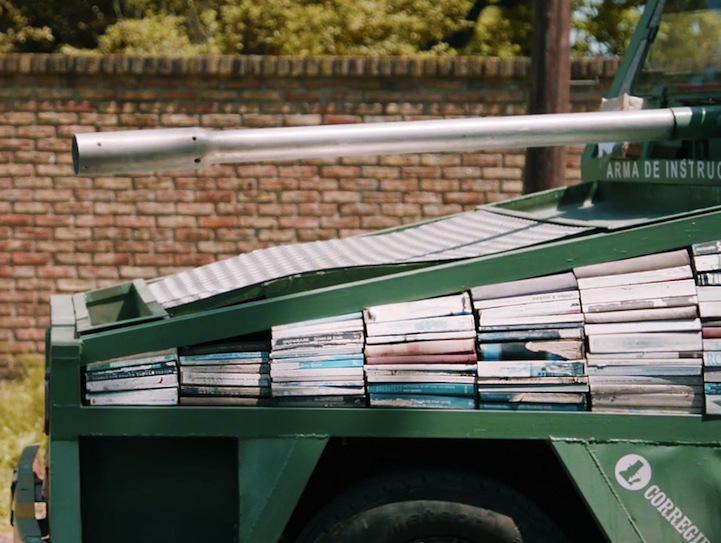