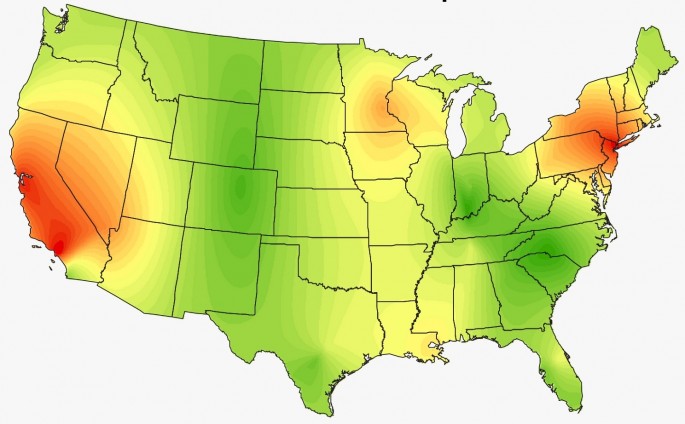 Do you think that you live in a country music-loving town, or a city that's more fond of rock and roll? A recent data analysis by Movoto Real Estate may surprise you with its findings. They took statistics gleaned from the National Endowment of the Arts, the Bureau of Labor Statistics, and the U.S. Bureau of Economic Analysis and calculated the musical preference of the lower 48 United States. The results were arranged in heat maps, with the most popular types of tunes appearing as warm reds and oranges. In total, there are 17 genres that cover the musical interests of the country.

You wouldn't necessarily think of Las Vegas as being a place that likes the alternative sound, but its residents report that it's true. And country music isn't just for Nashville anymore. Floridians like the honky-tonk sound, with the cities of Tampa and Orlando listing it as one of their favorite genres. Minneapolis, Minnesota was another surprising statistic. Their citizens enjoy listening to rap, and support hometown acts like the hip-hop artist Atmosphere.

Being interested in a musical genre isn't just about the sound; it's also about the lifestyle, fashion, and philosophy behind it. This interesting series of maps can tell us more than we realize about cities and the people that inhabit them. 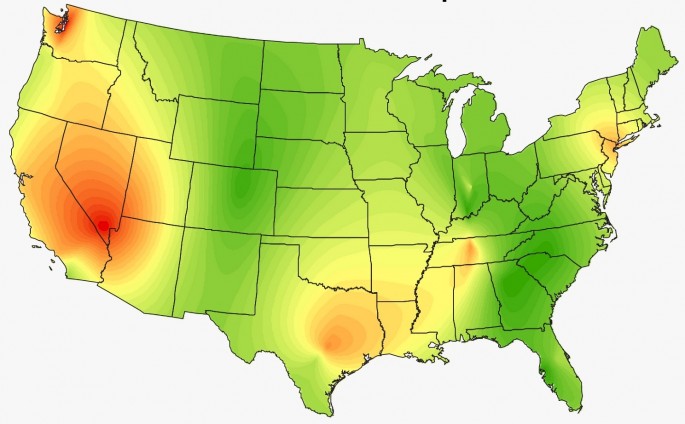 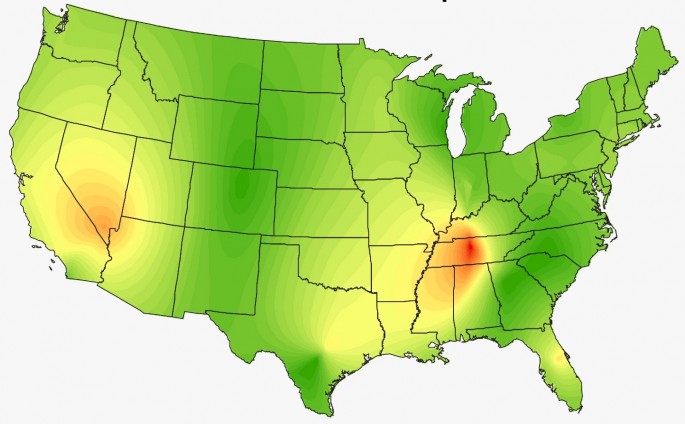 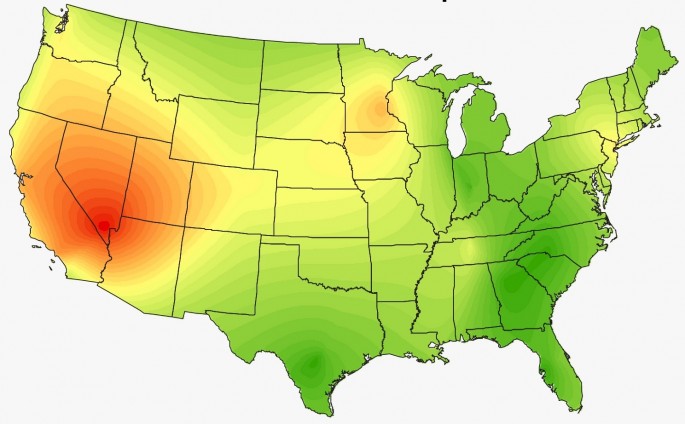 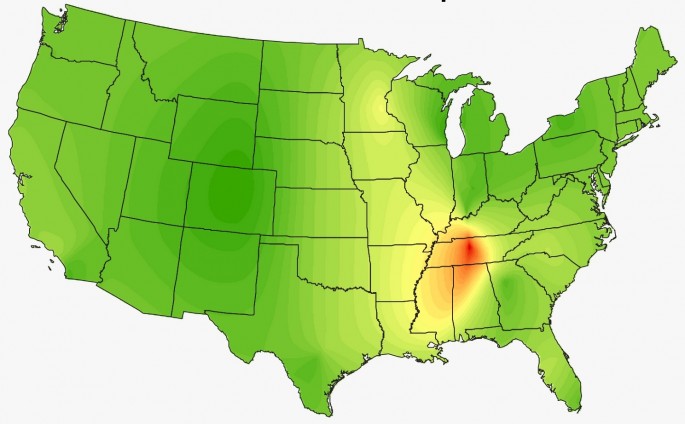 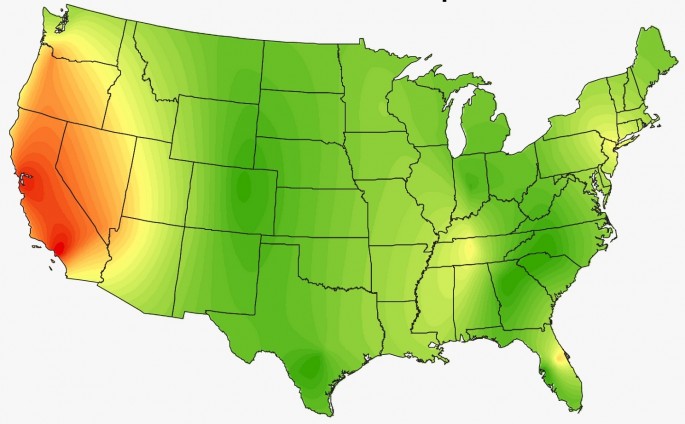 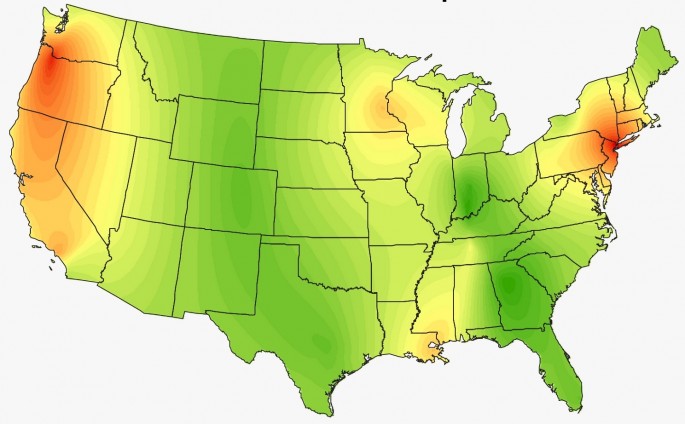 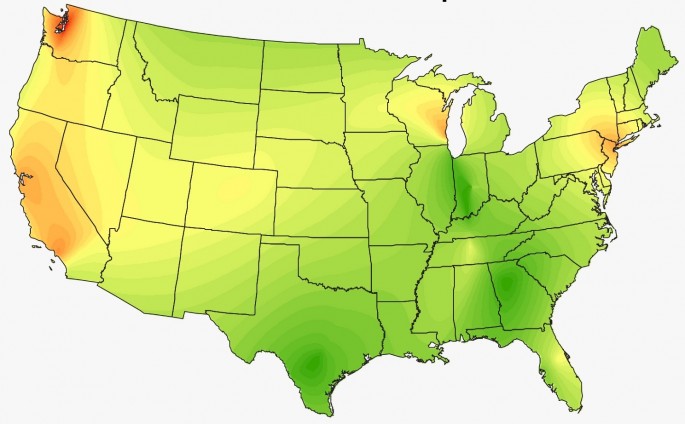 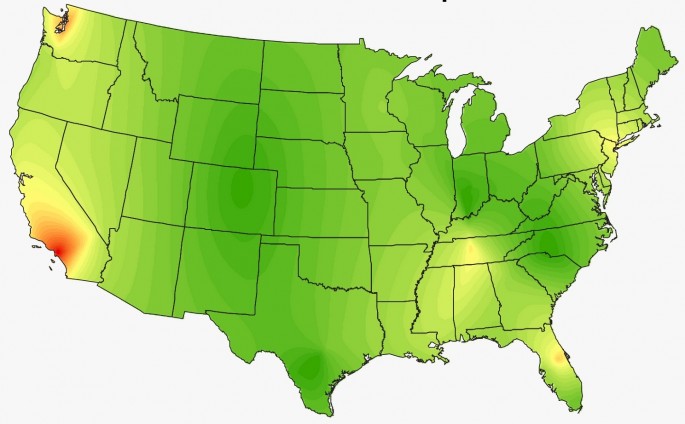 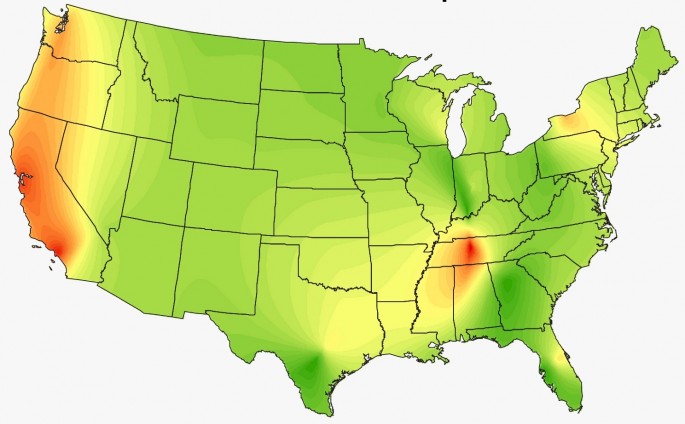 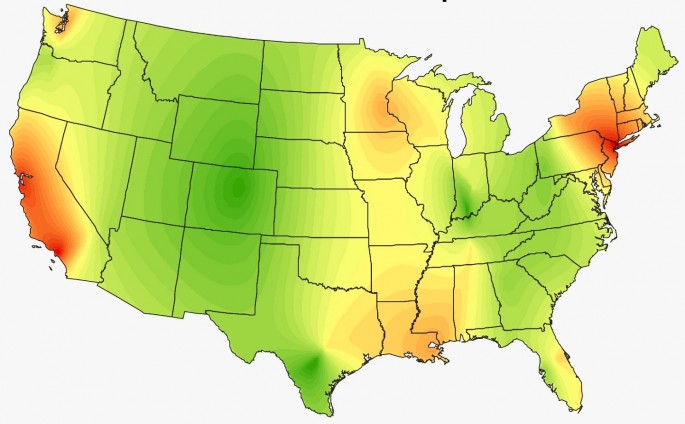