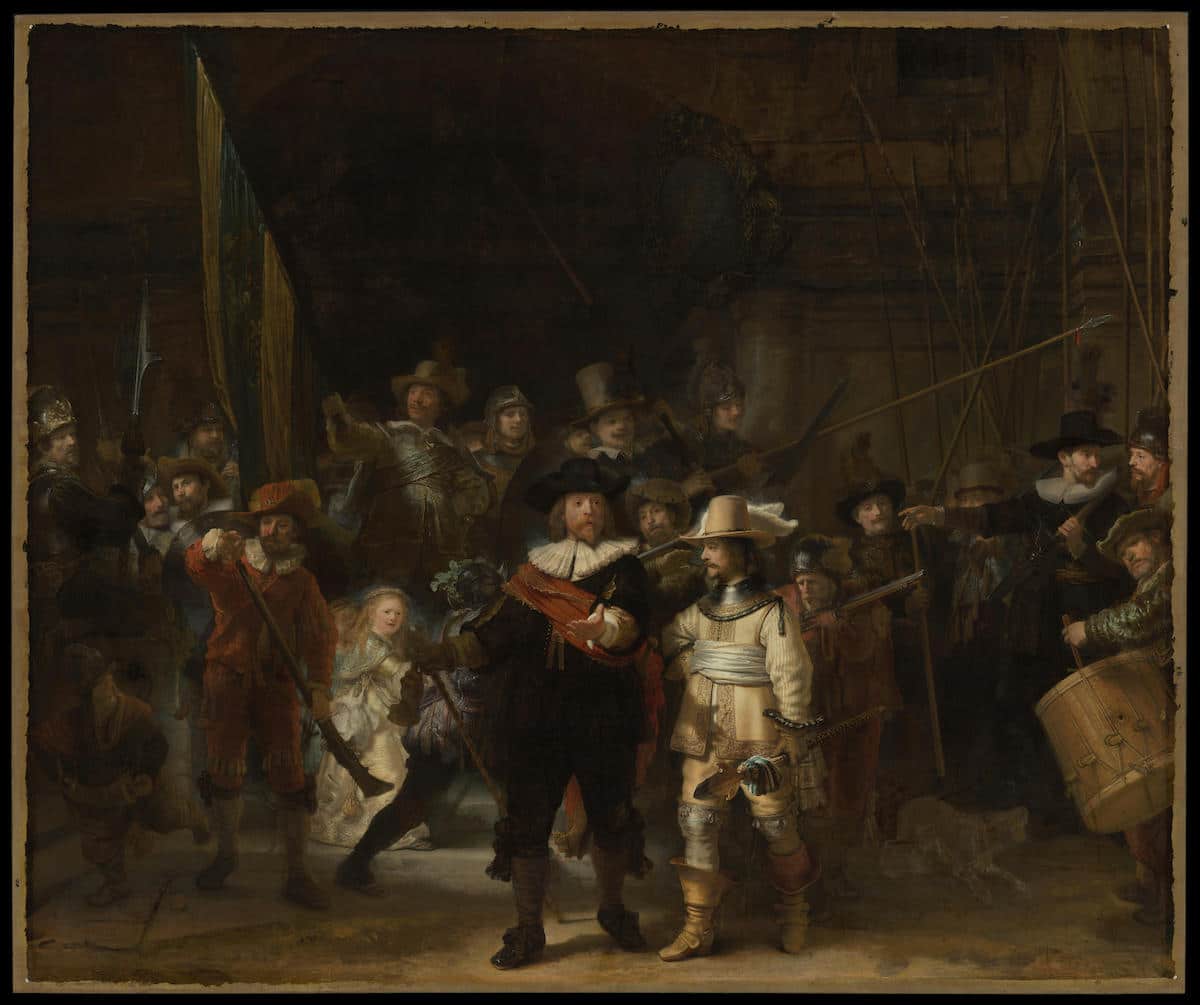 Rembrandt van Rijn was one of the most prolific artists of the Dutch Golden Age. As a master of three types of media, he produced numerous sketches, prints, and paintings that continue to be admired today. However, among his impressive oeuvre, there is one piece that stands out from the rest: a fascinating group portrait painting called The Night Watch.

Completed in 1652, this massive work is one of the hallmarks of the Dutch Golden Age. Not only does it display Rembrandt's masterful skills at rendering dozens of individuals almost lifesize, but it also features Baroque art qualities like a dramatic use of light and shadow and a display of movement.

Here, we will take a closer look at The Night Watch to understand why it is one of the most famous paintings of art history. 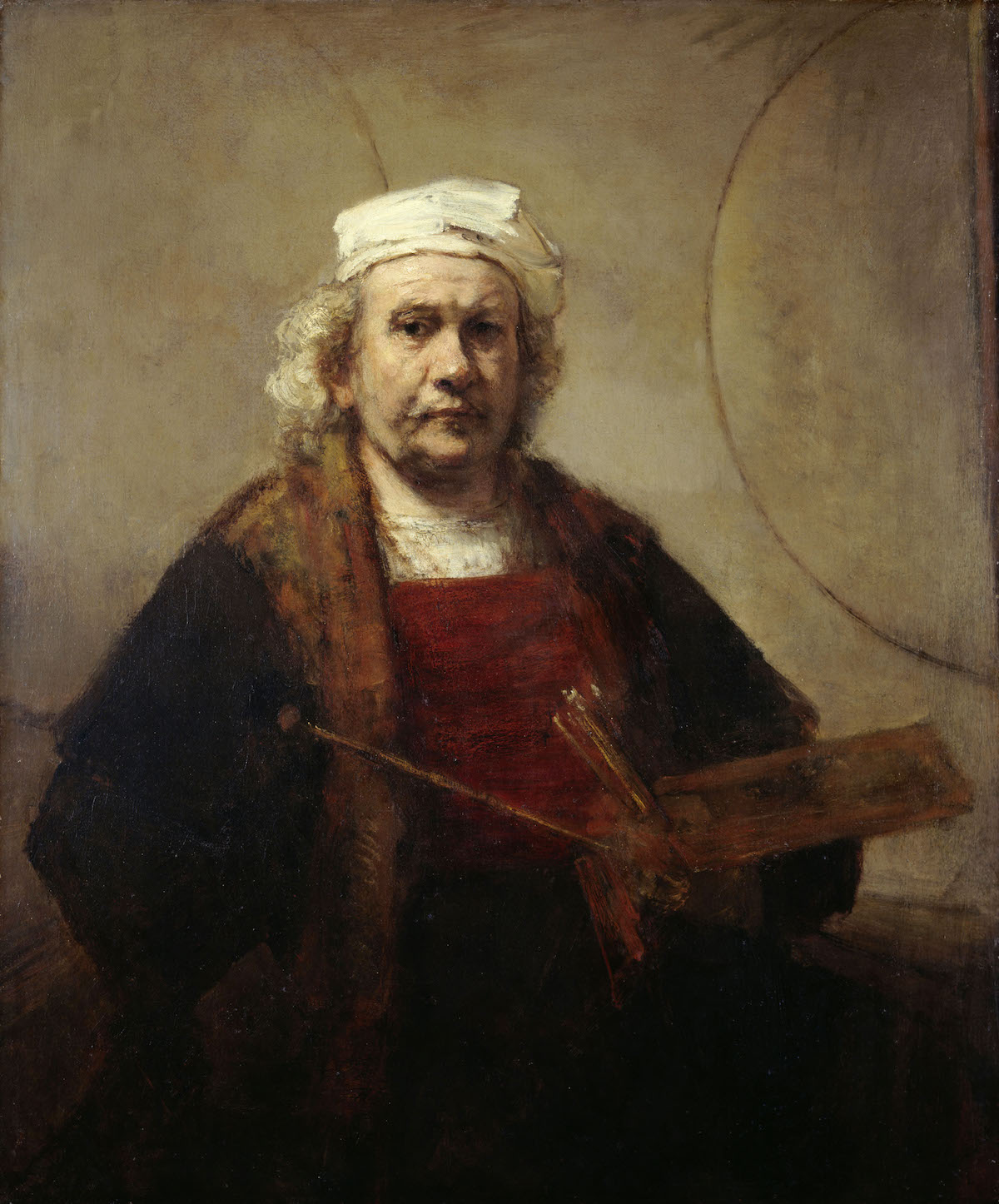 Rembrandt Harmeszoon van Rijn (1606 – 1669) was an artist from the Dutch Republic (modern-day Netherlands), and one of the most prominent figures of the Dutch Golden Age. During this era, artists like Rembrandt and Vermeer found inspiration in Northern Renaissance painting techniques.

After finding initial success as a portrait painter, Rembrandt developed his practice to include a wide range of styles and subject matter. He documented his life through numerous self-portraits, created landscapes, genre scenes, allegorical and historical scenes, and paintings with biblical and mythological undertones.

Unlike many of his contemporaries, Rembrandt never studied or even traveled abroad. However, he was able to spread his artwork and increase his reputation by selling etchings and other prints. 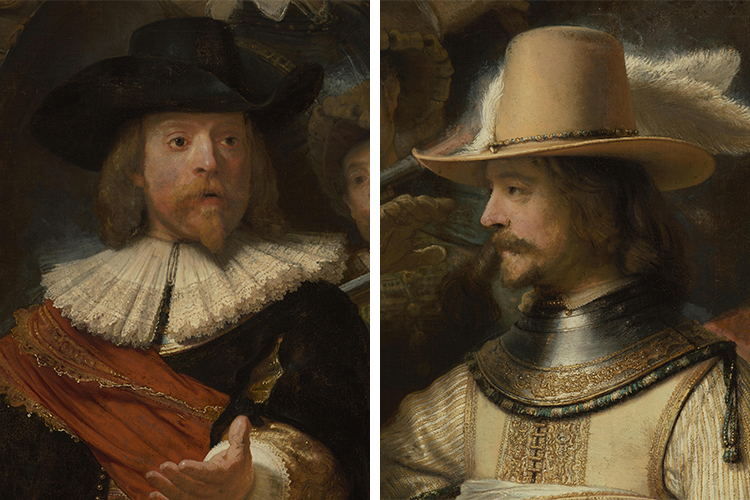 The painting we now know as The Night Watch was originally titled Militia Company of District II under the Command of Captain Frans Banninck Cocq. It was commissioned around 1639 by Captain Banninck Cocq and seventeen members of his civic militia guards and was intended to be displayed in the banquet hall of the Musketeers' Meeting Hall in Amsterdam. 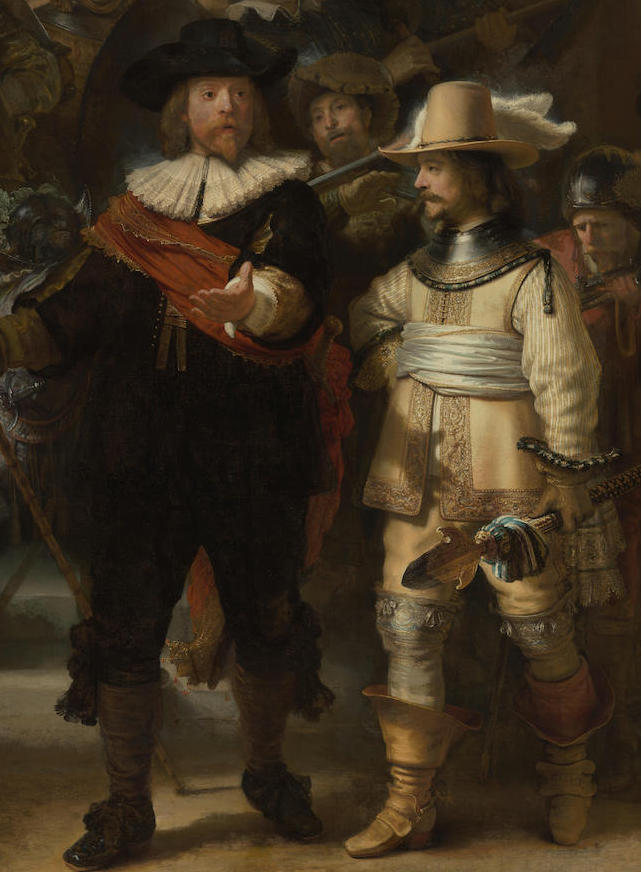 The completed painting features 34 figures, including the members of the voluntary guard, a military standard-bearer, a drummer, and a young girl. It is unique for its massive size as well as its depiction of figures in a group portrait in action.

Rembrandt uses composition as well as light and shadow to create a hierarchy within The Night Watch. Captain Bannick and Lieutenant Willem van Ruytenburch, for example, appear at the center of the campus and under the greatest illumination. Bannick can be identified by his brightly-colored orange sash, and Ruytenburch is depicted to the right wearing a radiant cream ensemble. 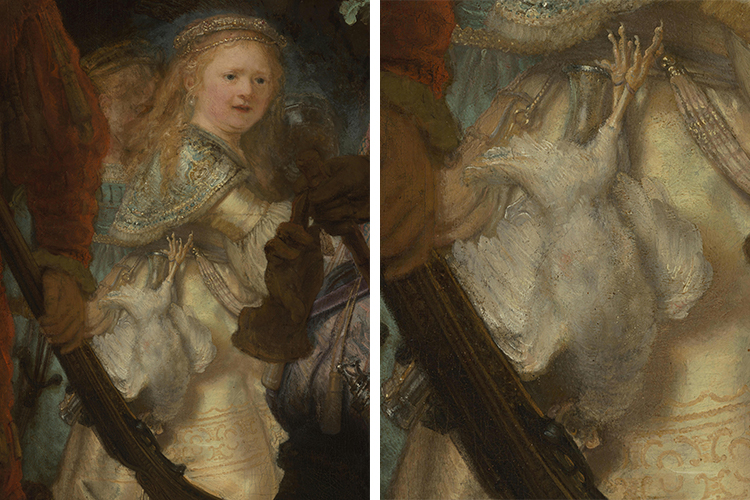 The other well-lit figure is the young blonde girl just behind Bannick who is carrying a chicken and a klover pistol, both of which are symbols of the company. She serves as the symbolic mascot. 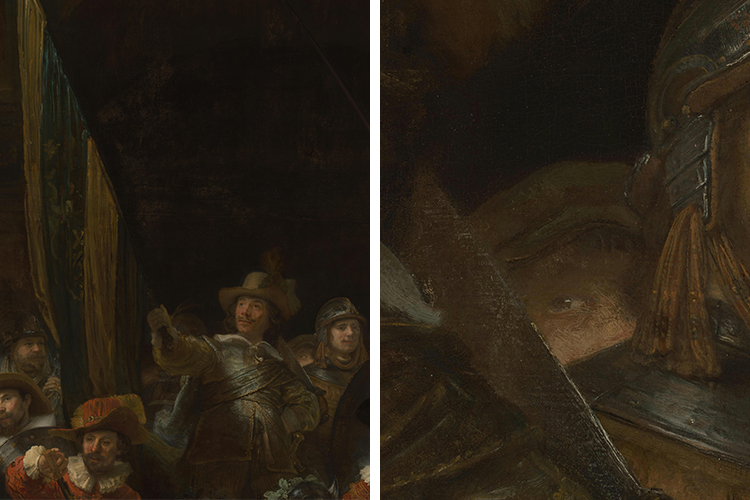 The rest of the civic guard is more shadowed and moving on the right and left-hand side, as well as in the back. Several men are carrying spears while some appear to be walking. Many of them are gesturing in specific directions, and one is lifting a flag. There is even the possibility Rembrandt included his self-portrait between the flag bearer and a man bearing a silver helmet. Incredibly, all of the figures are rendered at almost life-size.

Restoration of the Painting 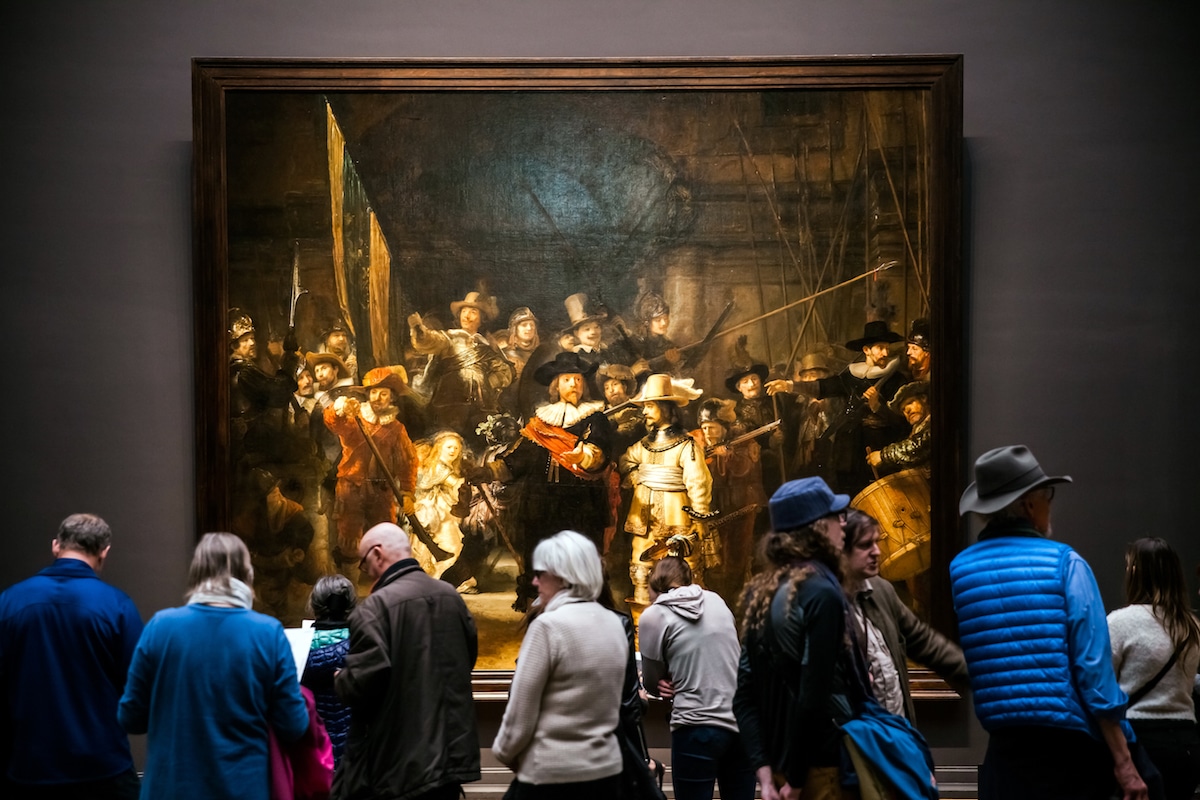 ‘The Night Watch' in the Rijksmuseum Gallery in Amsterdam (Photo: Stock Photos from Alexander Tolstykh/Shutterstock)

The title of The Night Watch is actually a misnomer, as the painting was covered in a dark varnish for most of its existence. It wasn't until the 1940s that conservationists removed the thick coating and revealed that the picture did not depict an evening scene at all.

In July 2019, the painting was launched into another, more extensive restoration by the Rijksmuseum. Entitled Operation Night Watch, this restoration takes place in a specially-made enclosure inside the museum that allows visitors to watch conservationists work in person as well as remotely via live stream. It was during this extensive study of Rembrandt's masterwork that the museum released a fully zoomable 44.8-gigapixel digital image of the painting. It was created by photographing the 11′ 11″ x 14′ 4″ canvas 528 times, and then “24 rows of 22 pictures were stitched together digitally with the aid of neural networks.”

Operation Night Watch was delayed due to the COVID-19 pandemic but is expected to be completed by the end of 2021.

Girl with a Pearl Earring: Unraveling the Mysterious Masterpiece of the Dutch Golden Age