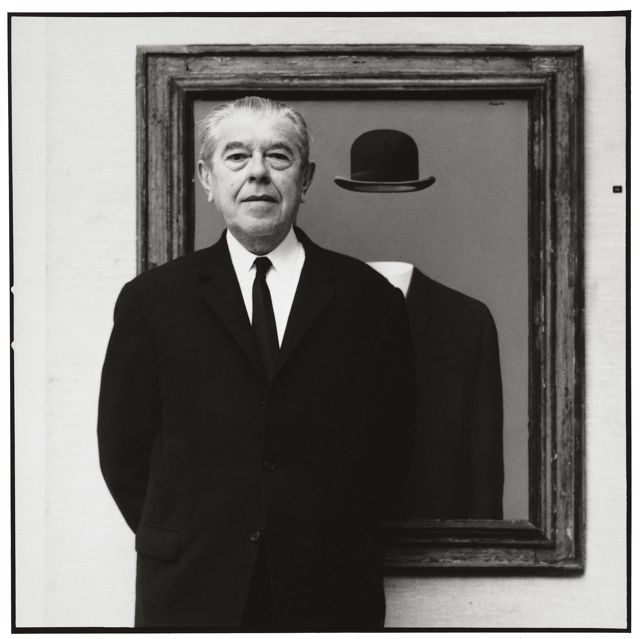 René Magritte is one of the most celebrated artists of the 20th-century Surrealist movement. In the 1920s, the Belgium painter joined a group of young artists who wanted to create work that celebrated the subconscious mind and the world of dreams. During these years and beyond, Magritte defined his unique artistic style that critics called “Magic realism.” Throughout his long career, he produced paintings that blurred the line between reality and fantasy and invited the viewer to question what they thought they knew.

Here are five René Magritte paintings that give an insight into the artist’s mind. 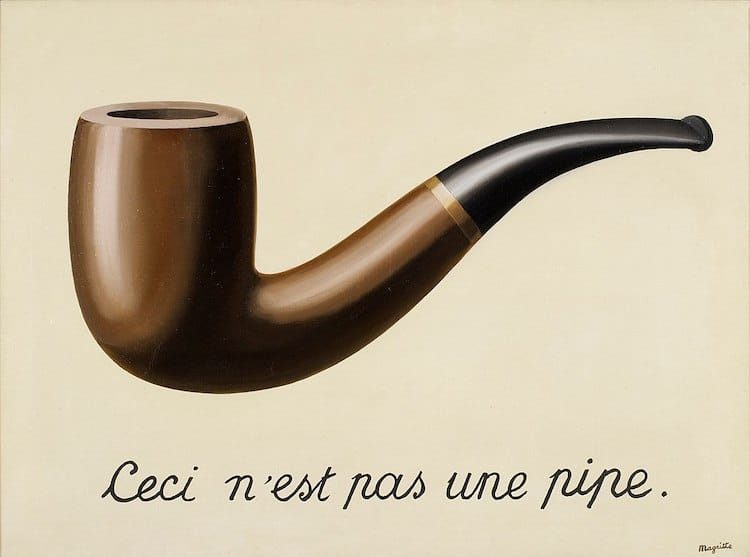 Painted when Magritte was 30 years-old, The Treachery of Images is part of a series of paintings featuring images paired with words. This particular piece shows a pipe with the French phrase, “Ceci n'est pas une pipe” (“This is not a pipe”). Magritte wanted to highlight that the painting is not a pipe, but rather a picture of one. The Treachery of Images is one of the most iconic artworks of the Surrealist movement, as it challenges the paradoxes of language and visual representation.

This oil-on-canvas painting depicts a man and a woman locked in an embrace and kissing each other through cloths wrapped around their heads. The mysterious scene invites viewers to question why the lovers are unable to truly communicate or touch.

It’s difficult to speculate on a singular meaning, but the painting’s hues allude to certain themes. The color blue in the background is associated with water, which often symbolizes life. The woman wears red, perhaps representing love or passion. The man in the painting wears a black suit, a color frequently associated with death. The veils are of a whitish or grayish color, possibly representing purity or purity that is tainted. Some interpret the work as a portrait of human isolation, and a depiction of the inability to fully understand even our closest companions.

On March 12, 1912, Magritte’s mother sadly died by suicide after drowning herself in the Sambre river in northern France. When she was found, 13-year-old Magritte was present at the scene. Her dress was covering her face, an image that perhaps influenced several oil paintings the artist painted of people with cloth obscuring their faces, including The Lovers II.

The human eye was a subject that fascinated many Surrealist artists, as they believed it represented the bridge between the self and the external world. The False Mirror, painted in 1929, features a single eye that consumes the entire canvas. It stares out at the viewer with realistic detail and texture. The eye’s pupil floats against a cloud-filled sky, appearing as though the iris is a circular window. Surrealist photographer Man Ray—who owned the work from 1933 to 1936—recognized the duality of The False Mirror, when he described the work as a painting that, “sees as much as it itself is seen.”

Although Magritte lived a quiet, middle-class life, he was able to turn the ordinary into something wondrous. Golconda depicts a surreal suburban scene where countless nearly identical men dressed in dark overcoats and bowler hats float in the air like balloons. Magritte himself lived in a similar environment and dressed similarly to the subjects in the painting, so it’s easy to assume this piece is perhaps a self-portrait. However, the title Golconda was provided by Magritte’s friend and poet Louis Scutenaire. Golconda is a ruined city in the state of Andhra Pradesh, India, near Hyderabad. From the mid-14th century until the end of the 17th century, the city was the capital of two wealthy kingdoms and was the center of the region's legendary diamond industry. In the painting, the large man by the chimney of the house on the right of the composition is believed to represent Scutenaire.

Perhaps Magritte’s most famous work, The Son of Man painted in 1964 is the artist’s take on a self-portrait. The oil painting features the artist himself, dressed in an overcoat and a bowler hat, standing next to a short wall with a seaside setting in the background. His face is largely obscured by a hovering green apple, but if you look close enough, you can just about see his eyes peeking over the edge of the fruit and its leaves.

The painting is part of a series and is often grouped with two other works produced in the same year. The first is Magritte's Man in the Bowler Hat that features a similar figure whose face is obscured by a flying bird. The second is The Great War of the Facades that depicts an elegantly dressed woman with blossoming flowers blocking her face.

Speaking about The Son of Man, Magritte said, “At least it hides the face partly. Well, so you have the apparent face, the apple, hiding the visible but hidden, the face of the person. It's something that happens constantly. Everything we see hides another thing, we always want to see what is hidden by what we see. There is an interest in that which is hidden and which the visible does not show us. This interest can take the form of a quite intense feeling, a sort of conflict, one might say, between the visible that is hidden and the visible that is present.”