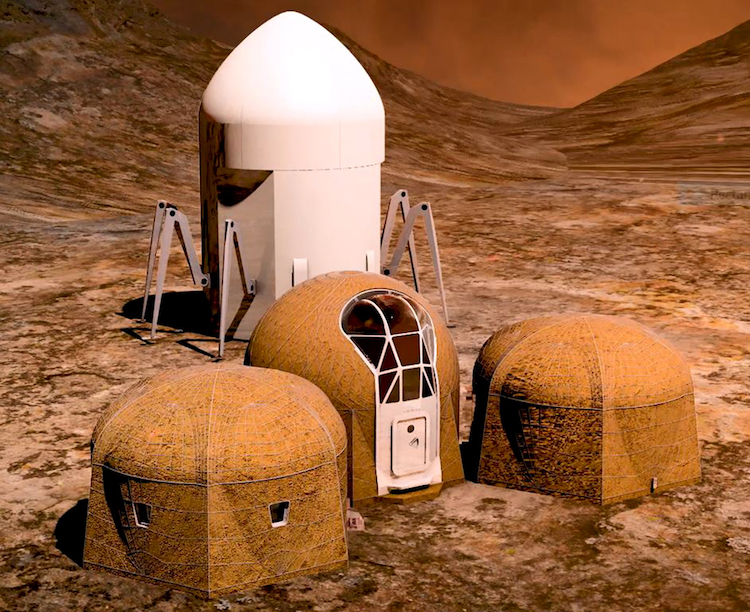 In 2014, NASA launched a multi-phase competition to create a habitat on Mars using 3D-printing technology. And now, five teams have been selected as the winners of the Phase 3, Level 1 portion of the 3D-Printed Habitat Competition. This is part of the virtual modeling stage of the contest, where teams were asked to prepare digital presentations that would explain how their habitats would also be functional for the explorers who would live there.

Team Zopherus of Rogers, Arkansas came away with first place and the largest portion of the $100,000 prize that was divided between the winners. Their modular, hexagonal design is inspired by natural shapes and will be built using materials found on Mars. As part of their concept, a lander would arrive on Mars' surface and select the best build area. Rovers from within the lander would then deploy and scour the planet for materials. Once the lander seals to the surface, it creates a pressurized environment to begin printing the first shelter thanks to the 3D printer housed within. The lander continues to move and create habitats, also inserting windows, doors, toilets, and other essentials needed for the four astronauts that would live there.

Aside from living chambers, Team Zopherus also designed a communal chamber for community activities and space for a hydroponic garden. A laboratory shell is an area for research, complete with storage for tools and communication systems. Thanks to the modular nature of the setup, the buildings can be expanded easily should the need arise.

NASA's 3D-Printed Habitat Competition has welcomed a wide variety of concepts by American and international teams. As the contest is divided into phases, teams without access to large 3D-printers have been able to join in during the conceptual phases and later pair with larger partners.

Other winning entries include SEArch+/Apis Corto's sloped design that considers Mars' uneven surface and an egg-like structure by AI Spacefactory that mixes in recyclable bioplastic made from plants that can be grown on the planet. Kahn-Yates came in third with a structure formed in a shape intended to minimize the impact of dust storms and an outer shell perforated with cutouts to maximize light.

“We are thrilled to see the success of this diverse group of teams that have approached this competition in their own unique styles,” said Monsi Roman, program manager for NASA's Centennial Challenges. “They are not just designing structures, they are designing habitats that will allow our space explorers to live and work on other planets. We are excited to see their designs come to life as the competition moves forward.”

This is just the first of five levels in the last phase of the competition, with the final on-site construction taking place in spring 2019 at Bradley University, NASA's partner in the contest.

See the other winning teams from NASA's 3D-Printed Habitat Competition and how their structures would be built on Mars. 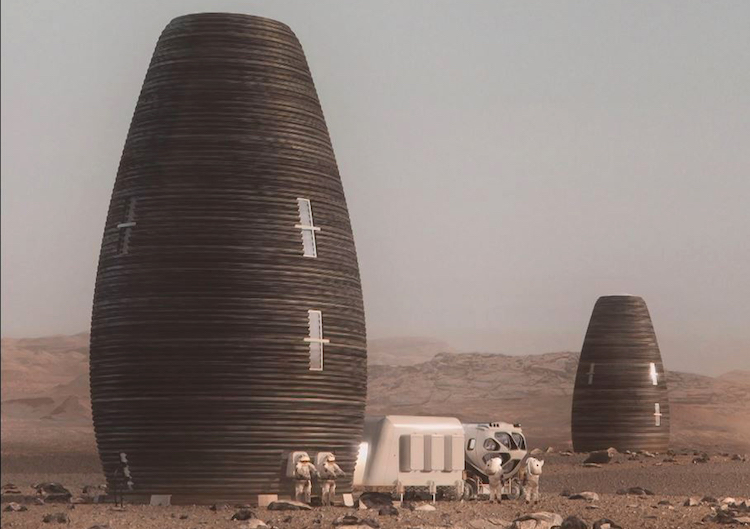