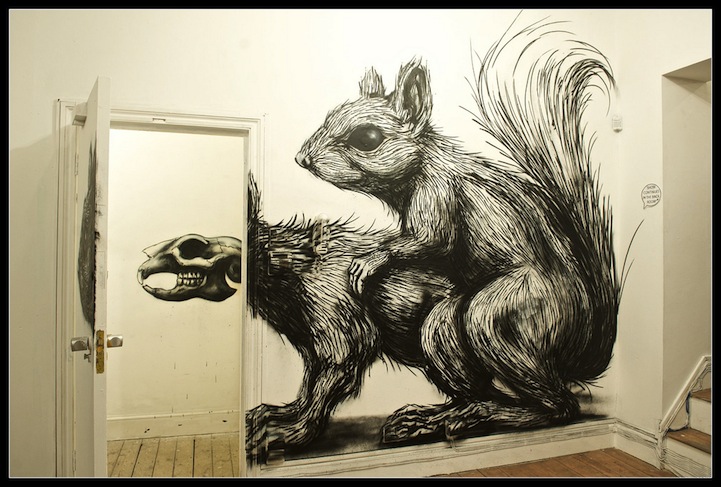 Street artist Roa has been smashing it worldwide lately and he did not disappoint at his highly anticipated UK solo debut which opened in London last week at Pure Evil Gallery. Amazingly creative, Roa's paintings are found on items with moving parts and multiple layers of overlaying painting surfaces.

ROA started painting abandoned buildings and warehouses in the isolated industrial outskirts of his hometown – Ghent, Belgium. Fixating on the animals he found there; the wildlife became the central subject matter of his work, inspired by their clever ability to adapt into scavengers in order to survive. He used the dilapidated, coarse interiors and exteriors of the unyielding landscape as a canvas to portray his large-scale creatures. 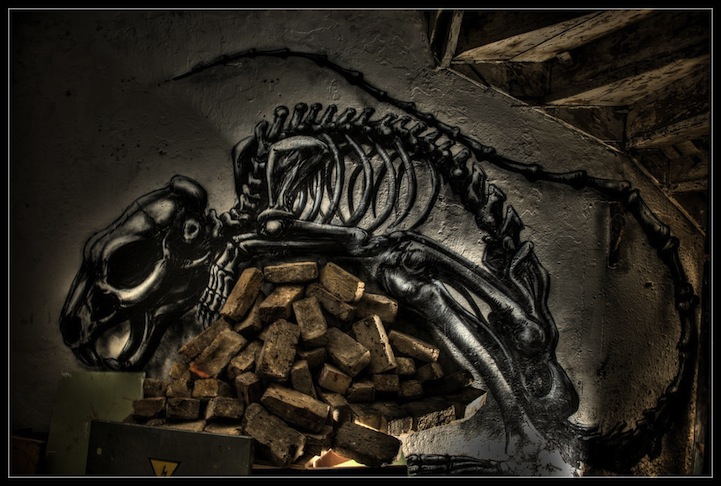 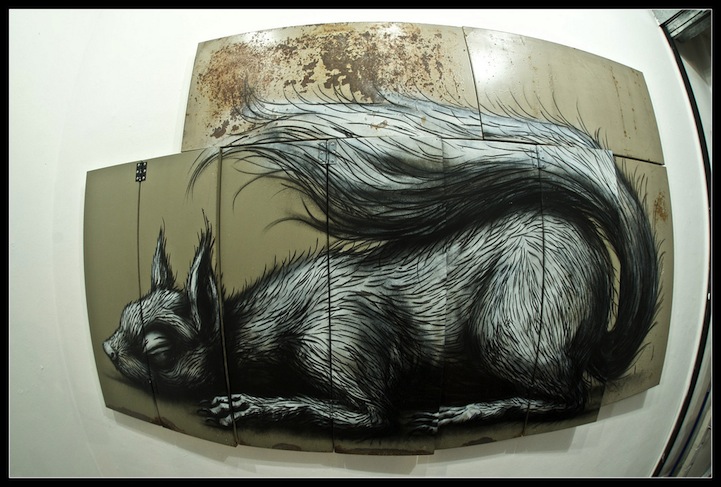 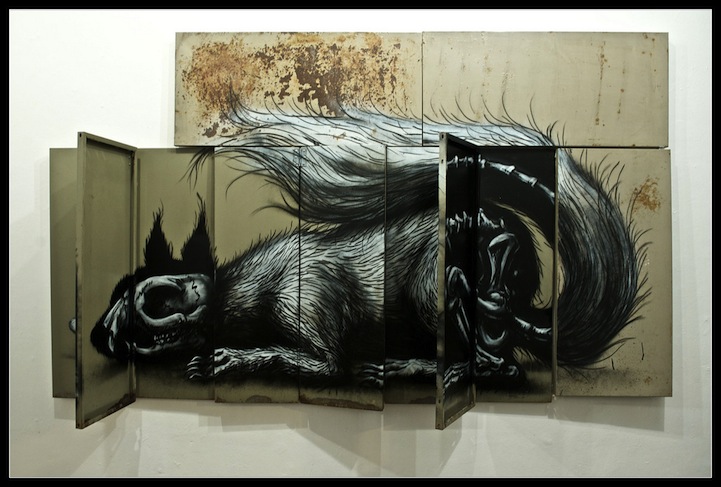 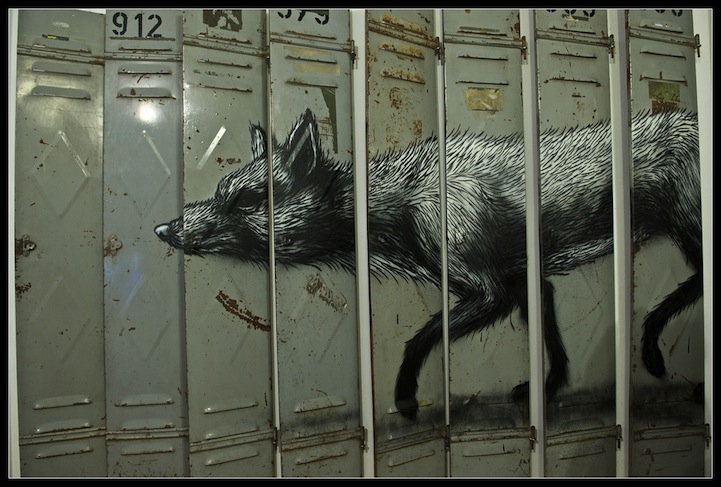 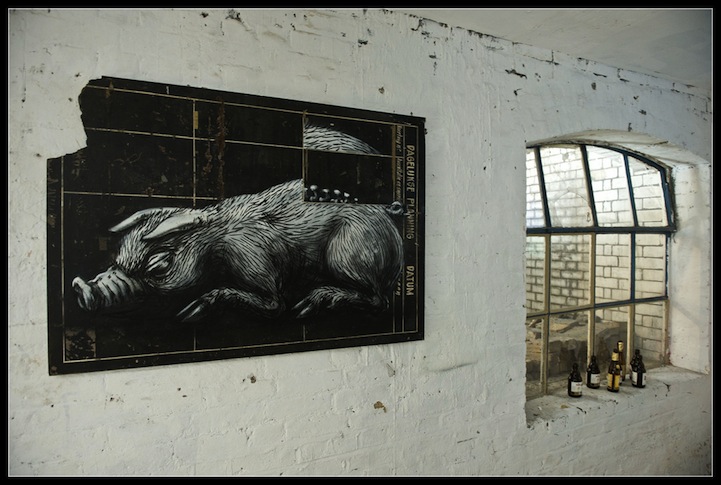 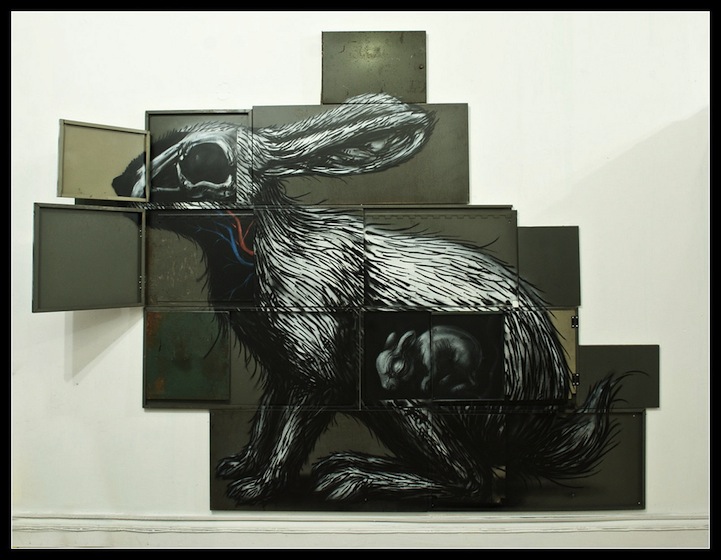 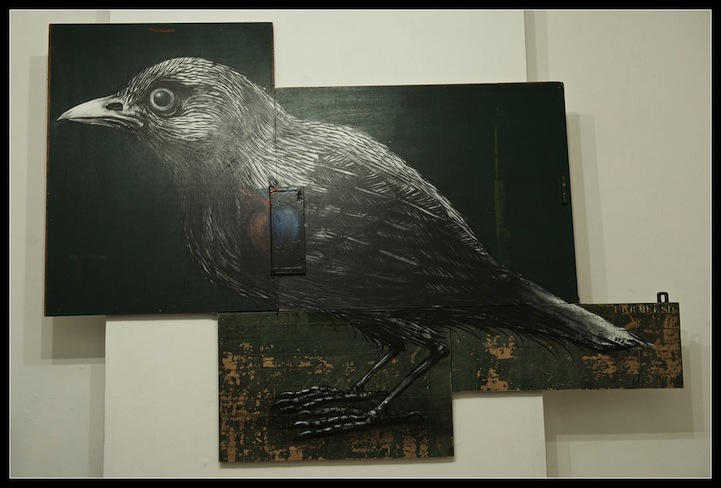 Pure Evil Gallery website
photos via RomanyWG
via am