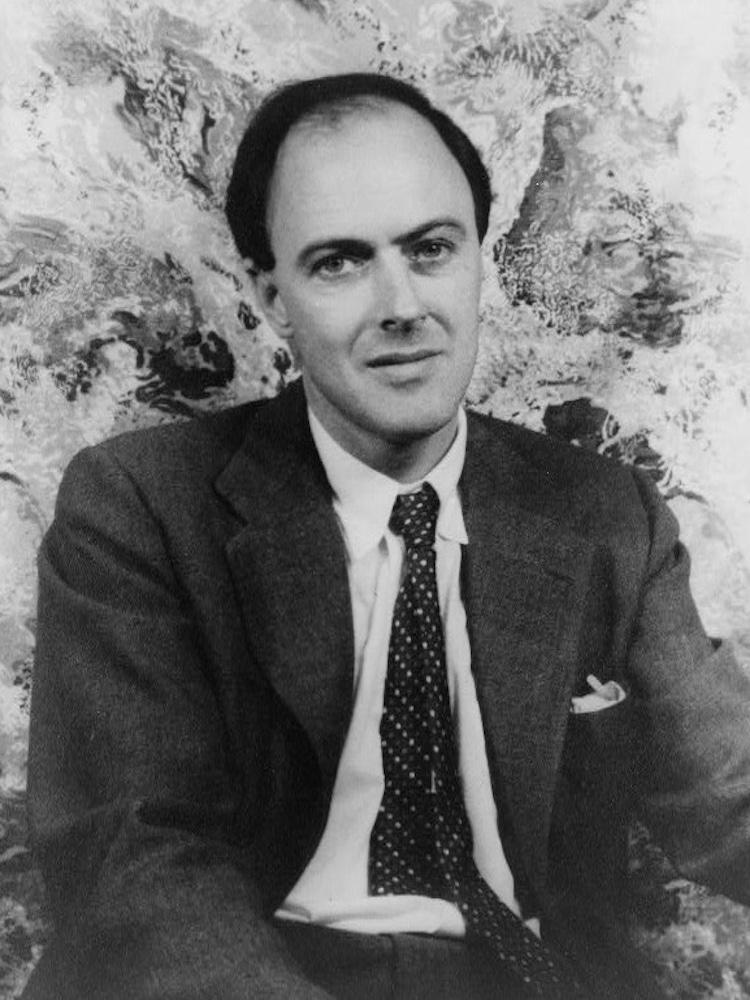 It's hard to imagine a writer more inventive than Roald Dahl. With his exceptionally original ideas, whimsical style of storytelling, and quirky collection of made-up words, Dahl is among the world's most treasured children's authors, well known for works like Charlie and the Chocolate Factory, Matilda, and James and the Giant Peach.

While, as a child, you likely gobbled up a book or two (or 20) by Dahl, you may not know much about his extraordinary life. Whether you want to learn about his eventful early years, candy-coated career, or lasting legacy, these five facts will give you a “glimp” into the “giganticus” life and work of the beloved British author.

Learn all about Roald Dahl with these five “splendiferous” facts.

His children's books were inspired by his own childhood. 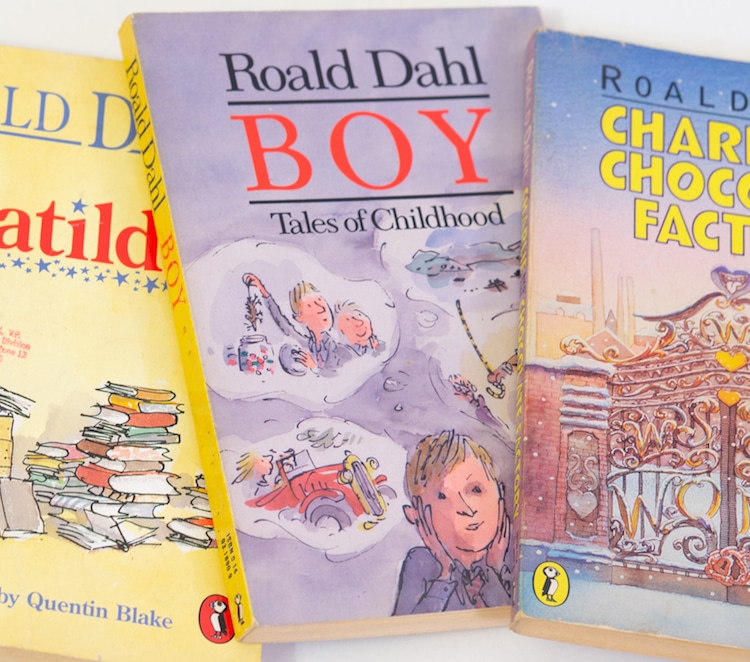 On September 13, 1916, Roald Dahl was born in Cardiff, Wales. He spent his formative years as a schoolboy at three different institutions: the Cathedral School in Llandaff; St. Peter’s Preparatory School in Weston-super-Mare; and Repton School in Derbyshire. As he moved from school to school, he became increasingly disillusioned with teachers' mistreatment of students. At the Cathedral School, for example, eight-year-old Dahl was brutally beaten with a cane for putting a dead mouse in a jar of jawbreakers at a sweet shop, while, as a teenager at Repton, he witnessed disturbing bouts of abuse at the hands of the headmaster.

In Boy, an autobiographical book published in 1986, Dahl explains the lasting impact of his years as a student. “All through my school life I was appalled by the fact that masters and senior boys were allowed literally to wound other boys, and sometimes quite severely,” he revealed. “I couldn’t get over it. I never have got over it.” In fact, Dahl was so profoundly affected by these experiences that they would also inspire important plots and parts of most well-known works of fiction, from Willy Wonka's experimental “Everlasting Gobstoppers” in Charlie and the Chocolate Factory to Matilda‘s tyrannical headmistress2, Miss Trunchbull.

His work as a fighter pilot launched his writing career. 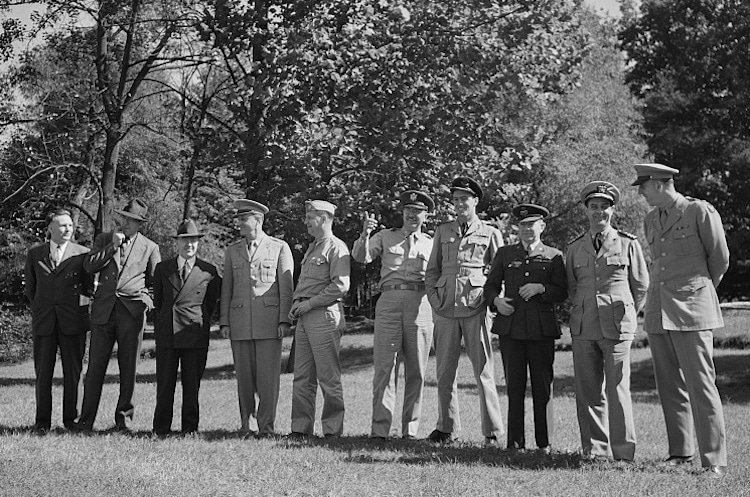 Once Dahl was done with school, he accepted a job with Shell Oil Company of East Africa. Until 1939, he lived a life of luxury in Tanzania. As World War II began, however, Dahl decided to join the Royal Air Force as an aircraftman. After less than a year of training, he became a pilot officer, and just one month later, he was involved in a devastating crash.

While flying in “an out-of-date” plane over Libya, Dahl nose-dived into the desert, sustaining injuries to his head, nose, and back. Even after such a traumatic turn of events, Dahl decided to rejoin his squadron in Greece just six months later. Shortly after his return, however, he began suffering from headaches that made flying impossible. Thus, in 1942, after a brief stay in the United Kingdom, Dahl moved to Washington DC, where he aided the British Embassy as assistant air attaché—and inadvertently became a writer.

“In Washington,”  the Roald Dahl Story Company explains, “he meets British novelist C.S Forester, who encourages him to write about his experiences in the desert. In August 1942 his first paid piece of writing, based on his time flying Gladiators in Libya, is published anonymously in The Saturday Evening Post as Shot Down Over Libya, later titled A Piece of Cake.” Shot Down Over Libya saw such success that Dahl began writing in earnest, starting with a commission from Walt Disney (The Gremlins in 1943) and culminating in a successful career as a children's book writer.

His collaboration with Quentin Blake spanned two decades and culminated in 18 illustrated titles. 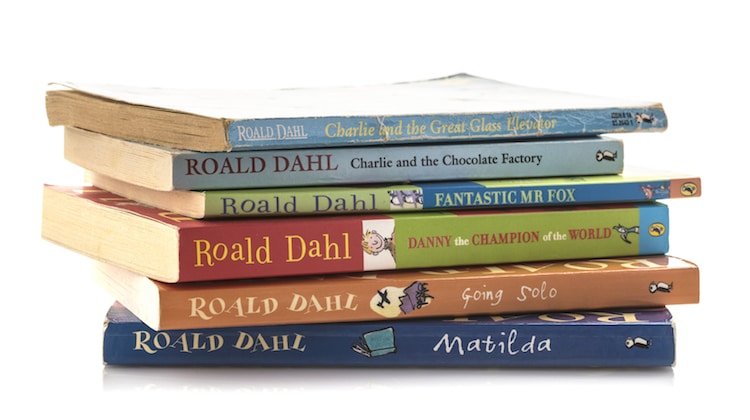 From 1979 until his death in 1990, Dahl worked closely with Quentin Blake, a children's book illustrator known for his fanciful ink-and-watercolor sketches. A perfect match for Dahl's whimsical words, these illustrations would eventually adorn 18 of his books, including The Enormous Crocodile, Dahl's first picture book—and the catalyst of their collaboration.

“It was very interesting as a task to do, because it’s a kind of caricature, and that’s where Roald and I met very much,” Blake revealed. “In a sense, what he wrote was like what I drew in the degree of exaggeration and comedy in it.”

There is a Roald Dahl Dictionary that explains “exunckly” what his made-up words mean. 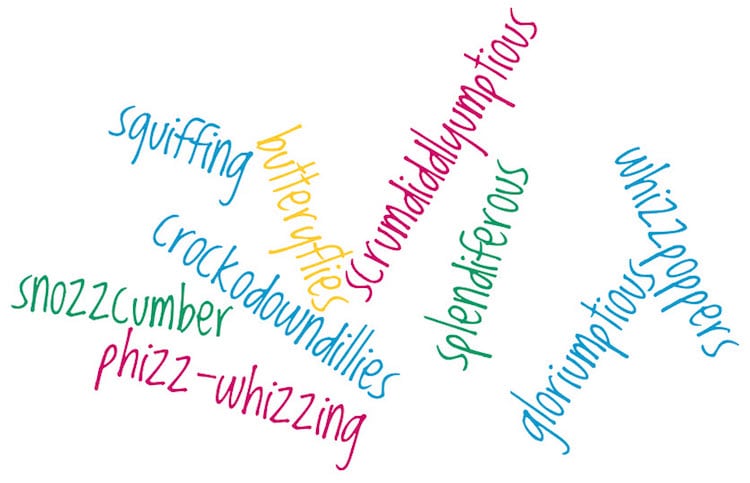 Blake's description of Dahl's “exaggeration and comedy” is no understatement. The quirky writer would often embellish his already-imaginative tales with made-up terminology, from “biffsquiggled” (a word that the BFG, or the “Big Friendly Giant,” uses to describe a state of confusion) to “snozzberries” (a type of fruit discussed by Willy Wonka), and lots “rommytot”(nonsense) in between.

In fact, Dahl dreamt up so many made-up words that, in 2016, Oxford University Press published The Oxford Roald Dahl Dictionary, a “splendiferous” glossary that highlights “Roald Dahl's artful, dynamic and playful use of language.”

In addition to children's books, his legacy comprises adult short stories—as well as contributions to neurology, medicine, and charities. 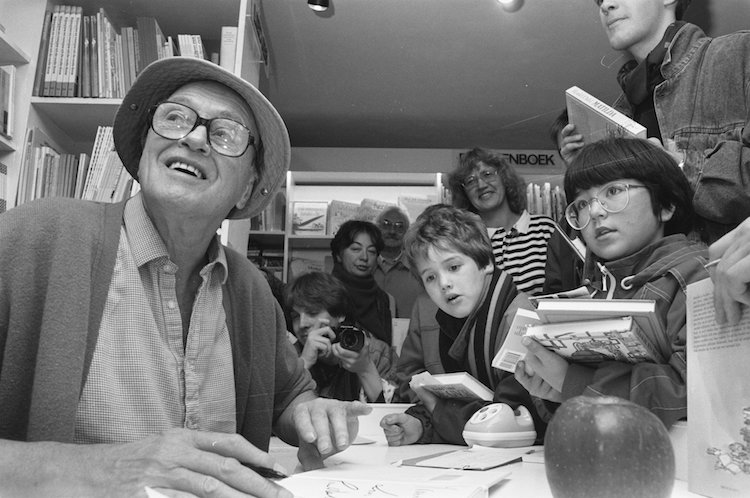 Today, Dahl is mostly associated with his books for young audiences. His body of work, however, also includes short stories for adults— compiled into books like Over to You (1946), Kiss, Kiss (1954),  and Someone Like You (1960)—as well as poems, screenplays, and television writing.

Surprisingly, Dahl's legacy is defined by more than just his way with words. He is also celebrated for his contributions to neurology (he helped develop a special celebral shunt for his infant son, who had a brain condition following an accident) and, following the tragic death of his seven-year-old daughter, was an outspoken immunization advocate.

“I dedicated two of my books to Olivia, the first was James and the Giant Peach. That was when she was still alive. The second was The BFG, dedicated to her memory after she had died from measles,” he wrote in a heartfelt open letter. “You will see her name at the beginning of each of these books. And I know how happy she would be if only she could know that her death had helped to save a good deal of illness and death among other children.”

Given both his knack for writing children's stories and his own experiences as a father, it is no surprise that his legacy largely revolves around helping little ones in need—an endearing fact that makes the author all the more admirable. Roald Dahl's Marvellous Children's Charity “helps and empowers every seriously ill child to lead a marvelous life,” taking Dahl's dedication to children to “splendiferous” heights.

A little nonsense now and then, is cherished by the wisest men. Share
Like My Modern Met on Facebook
Get Our Weekly Newsletter
Become a
My Modern Met Member
As a member, you'll join us in our effort to support the arts.
Become a Member
Explore member benefits

A little nonsense now and then, is cherished by the wisest men.