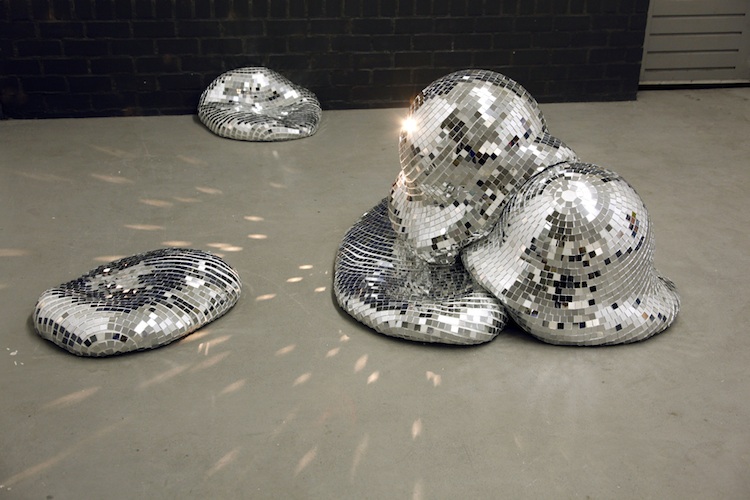 Try as I may but I just can't get these images out of my head! Currently floating around the web are these melting disco balls by Rotganzen, a Rotterdam, Netherlands-based artist collective made up of Robin Stam, Joeri Horstink and Mark van Wijk. Is it just me or do these disco balls look like they've had enough? Maybe they're just in a “resting” state…being the life of the party must be hard, right?

Update: After we published this post, we got in touch Joeri, Robin and Mark of Rotganzen to ask them some questions about this installation.

Why melting disco balls?
Actually we see them more as a figure of overly voluptuous but sagging forms, lying and waiting for nothing to happen. One of the main influences in finding the right shapes for this piece was the human belly (after reaching a certain age). We didn't want the balls losing their volume, which do happen when they melt.

What are they made of?
A mosaic skin composed of mirror pieces on a base made of styrofoam and polyurethane foam.

What did you want to convey with them?
Our conscious choice of the material and form contains a contrast to the message. It's a reminder of the momentousness of glamour and swiftly passing glory. What once may have been a perfect shape takes on a new character and meaning. However, rather than a cynical take on reality, our intention is to offer a playful approach to observing our object of depiction.

Where were both installations?
The big one (Quelle Fete I) lies in the newest cultural hotspot of Schiedam, a neighboring town of Rotterdam. The building is an old brewery where jenever (Dutch vodka) was made. Our work is accompanied by the works of well known Dutch designers Bertjan Pot and Onno Donkers.

The series (Quelle Fete II) was on show at the group exhibition ‘Like' at Dek22, a Rotterdam exhibition space. The show was part of the large-scale Art Rotterdam event, with its many off site shows and fairs.

What's the reaction been like, online?
Very positive. We receive a lot of reactions and interview/photo requests from all over the world, which is great. Now we're just waiting for the big bucks! 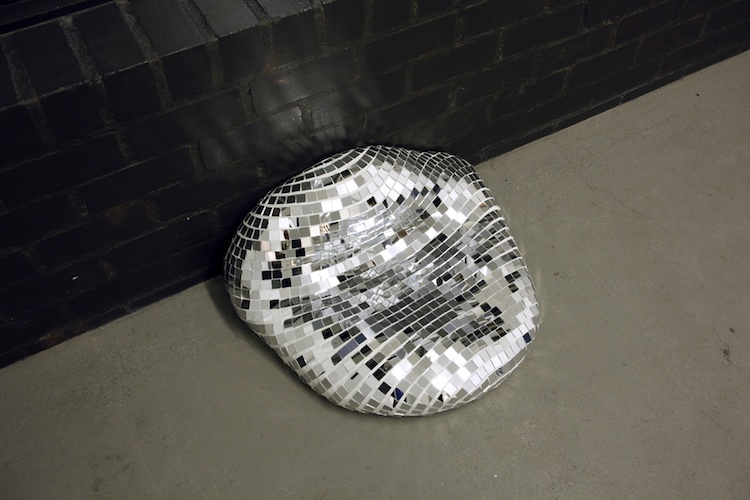 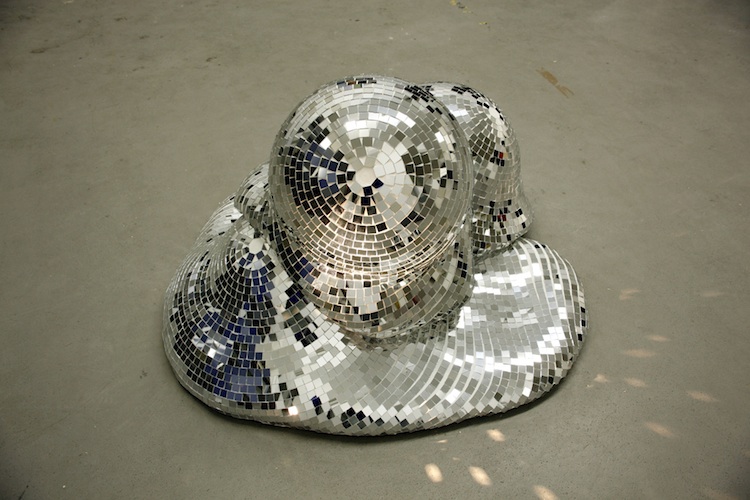 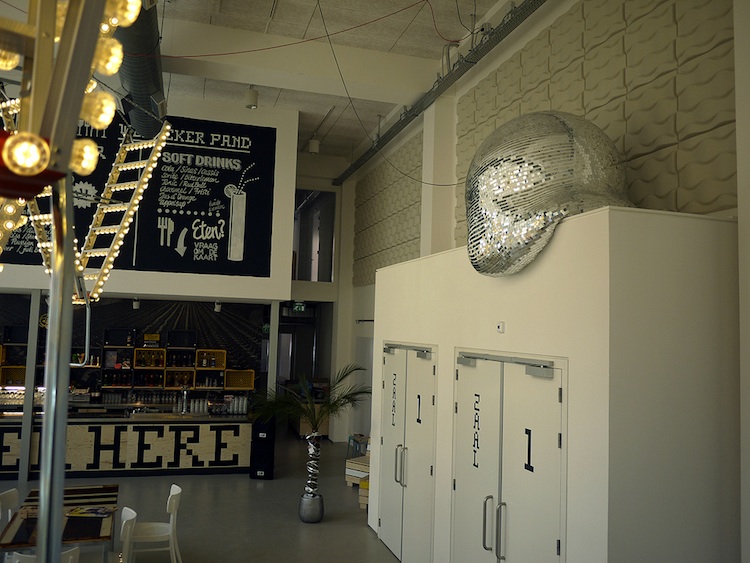 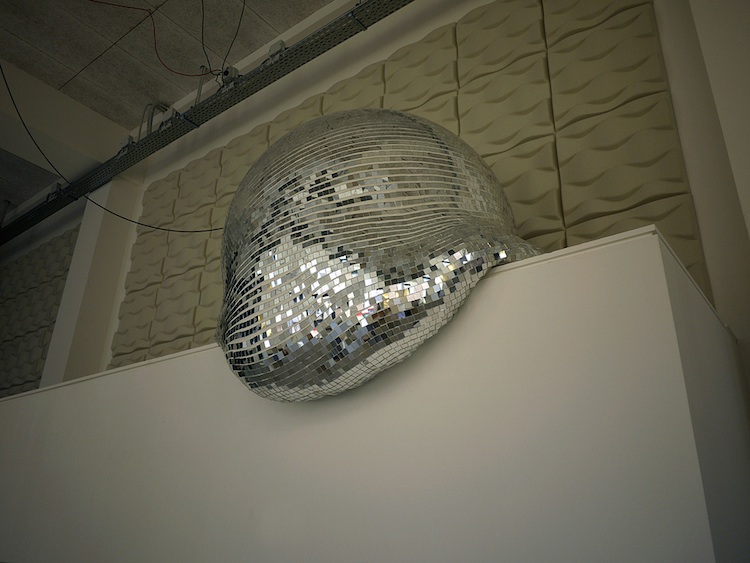 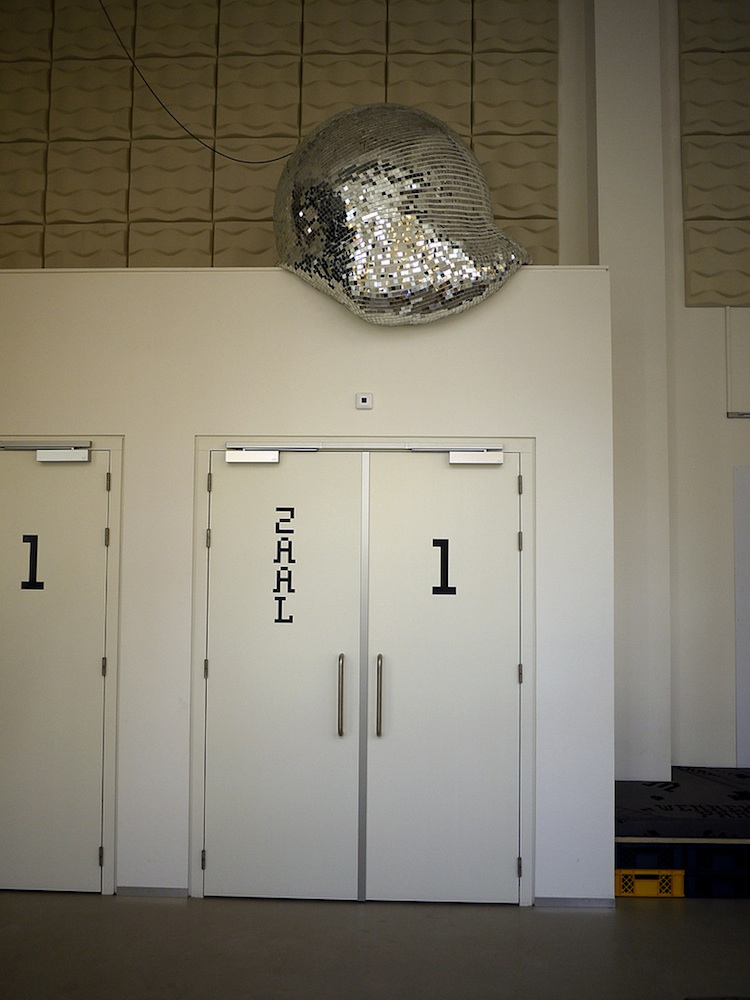 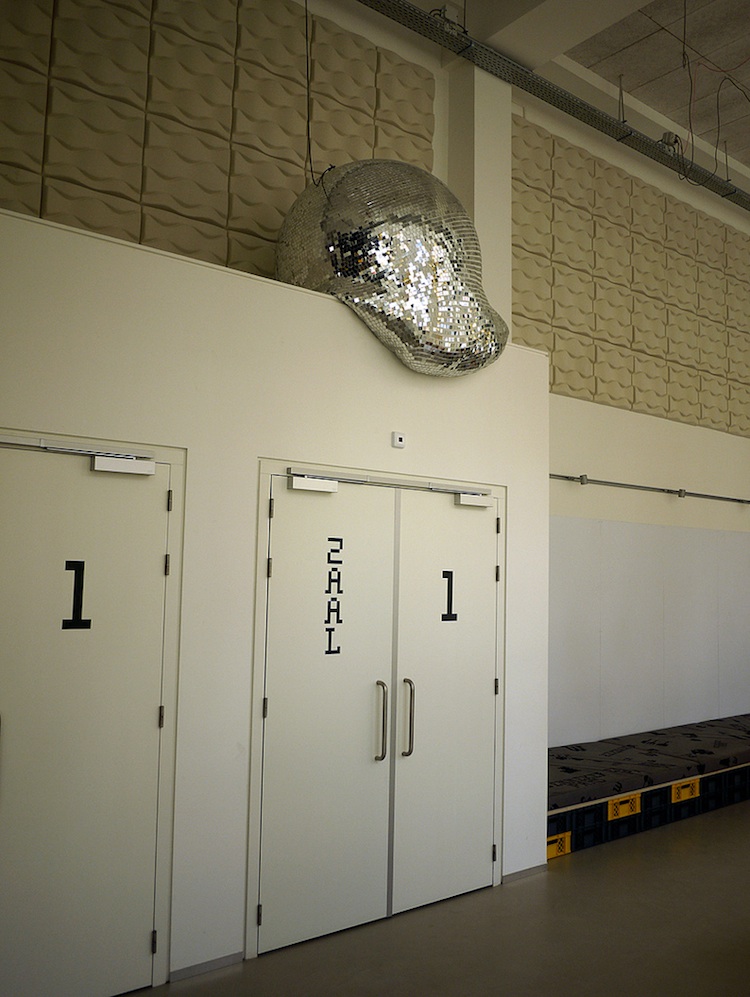 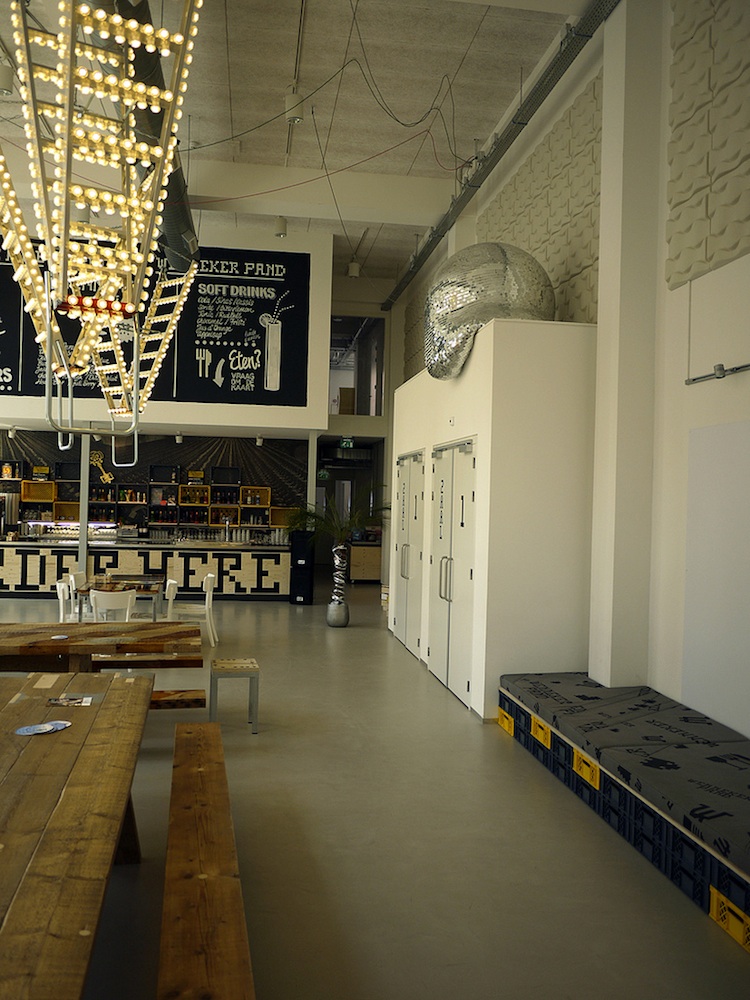