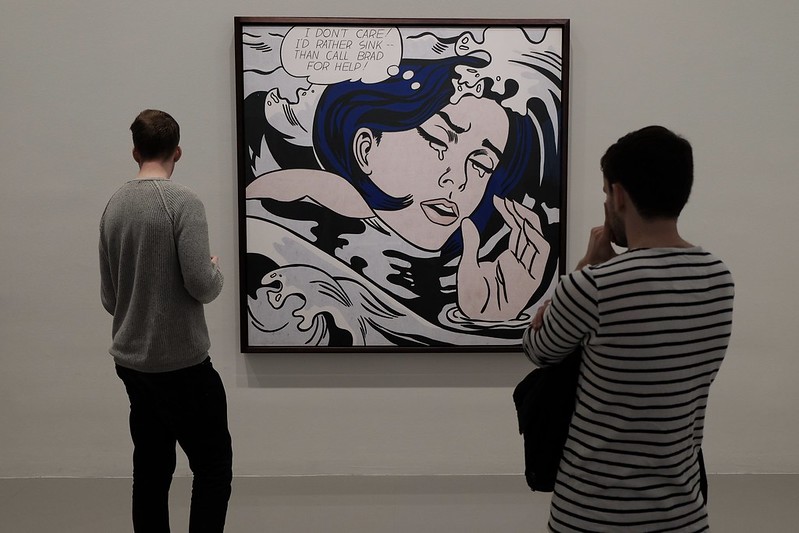 Though he may have some of the most famous pop art paintings of all time, how much do you really know about Roy Lichtenstein? The American pop artist (known for his brilliant comic-based artwork) was part of a revolutionary new movement that sprung from New York in the 1960s. Along with Andy Warhol, Jasper Johns, and several others, he pushed the boundaries of the art world and forced the establishment to think about the definition of fine art.

Lichtenstein, who was a native New Yorker, is remembered for his innovative use of commercial and industrial techniques. By bringing his varied life experience to his artwork, he had no problem incorporating methods into his paintings that were normally used in advertising. In fact, it was this risky approach that helped raise his profile and bring him incredible success.

Despite his memorable successes, there’s more about Lichtenstein and his artwork that’s less known. While his most iconic paintings remain valued collector’s items and his style can be seen on innumerable pieces of memorabilia, many people don’t realize the ups and downs of his career. From his late-in-life success to the controversy his use of comic strips caused, there’s quite a lot to dissect when it comes to Roy Lichtenstein’s life.

Here are 6 facts about Roy Lichtenstein you may not have known. 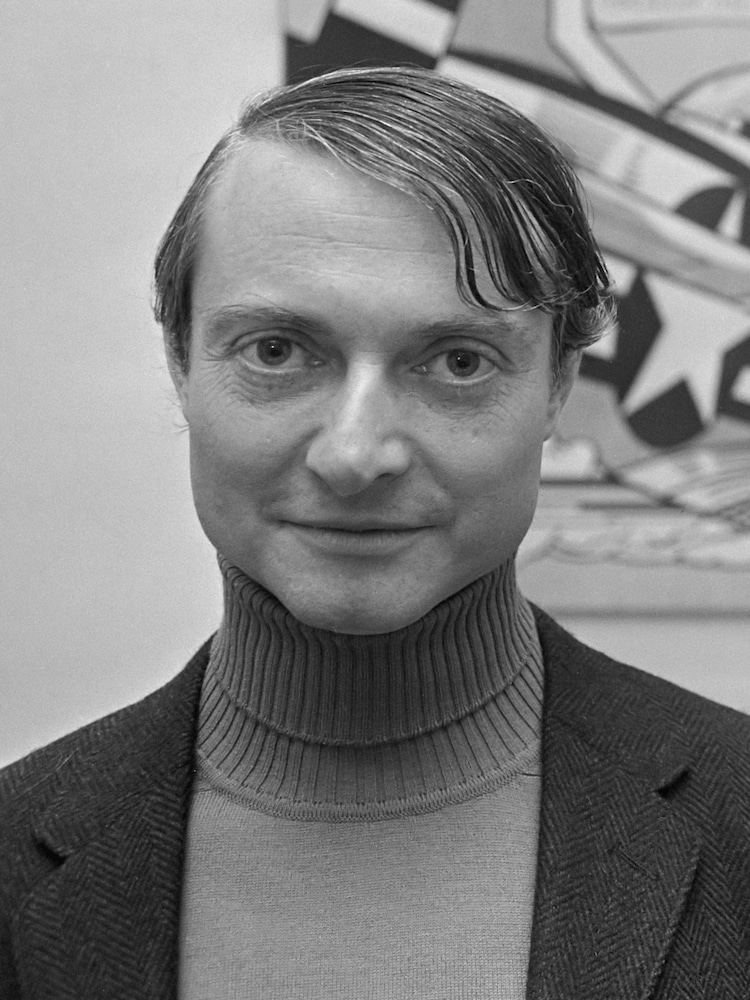 Born and raised on New York City’s Upper West Side, art and design was originally just a hobby for Lichtenstein. He took courses in fine art while in college, but this was interrupted by the outbreak of World War II. After spending three years in the Army, he completed his studies and worked as an art instructor—a profession he would continue off and on throughout his life.

Lichtenstein worked odd jobs while continuing to paint and it was only as he was approaching 40 years old that his career as an artist gained traction. The momentum in his career shifted when he quit his teaching job at Rutgers University in order to move back to New York City, as he could sense that the city was on the brink of an artistic explosion. 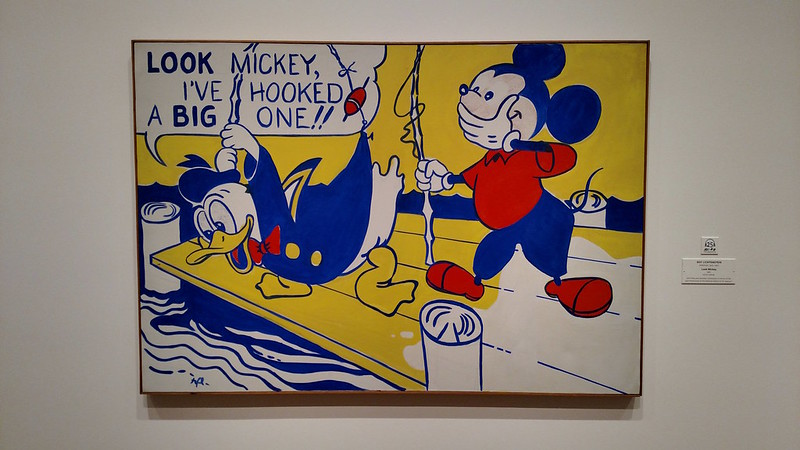 His son inspired him to change his style.

Lichtenstein’s art has come to be defined by the style he used during the height of his fame in the 1960s. This includes the use of thick, black outlines and Ben-Day dots. Used in commercial printing, these stylistic hallmarks were often seen in advertising at the time and had a huge influence on Lichtenstein.

While he’d already started using imagery found in comics, it wasn’t until his son issued a challenge that he painted his first large-scale painting, bringing everything together. While looking at a Mickey Mouse comic book, his son pointed to it and said, “I bet you can’t paint as good as that, eh, Dad?” The result was Look Mickey, which includes many aspects of what was to come. Speech bubbles, Ben-Day dots, and the comic imagery all come together to form this early example of pop art. 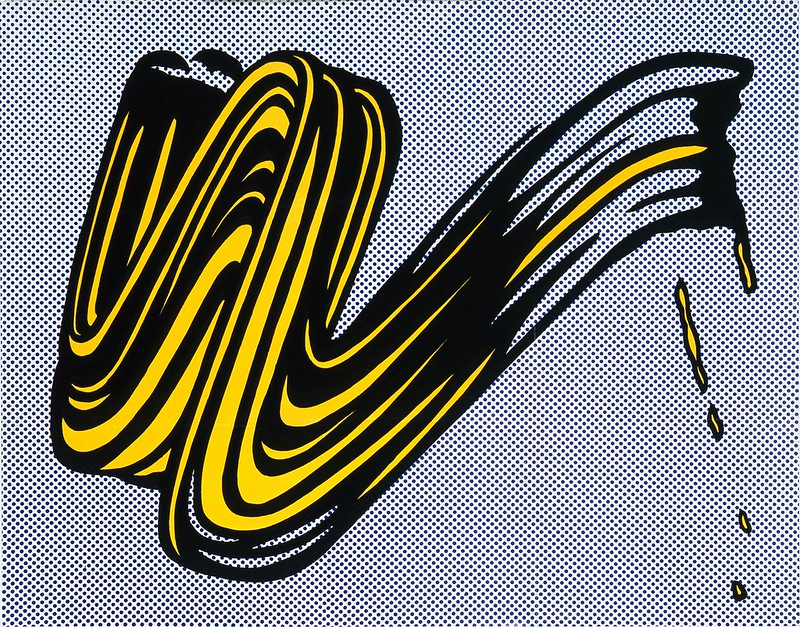 He had a complicated relationship with Abstract Expressionism.

While rightly considered one of the foremost pop artists, Lichtenstein once viewed himself as an Abstract Expressionist. Though this style is more often associated with artists like Jackson Pollock and Willem de Kooning, Lichtenstein incorporated these principles into his art starting in the late 1950s.

Later, his Brushstrokes series seemed to parody the style he had once adopted. Created from 1965 to 1966, they poked fun at the gestural painting of expressionist masters. In the paintings, Lichtenstein used his characteristic thick outlines, Ben-Day dots, and bold colors to hone in on the brushstroke itself. In this way, the spontaneous gesture is transformed into an industrial painting.

Though it could be seen as a mockery, Lichtenstein didn’t view it that way. “Actually I love the Abstract Expressionists, or I like the ones I like, anyway,” he once said of the series. “My work is, after all, a kind of straitjacket. I did those pictures because it was my way of saying, ‘You see, painting is a tree made out of brush strokes. [Abstract Expressionists] put things down on the canvas and responded to what they had done, to the color positions and sizes. My style looks completely different, but the nature of putting down lines pretty much is the same; mine just don't come out looking calligraphic, like Pollock's or Kline's.” 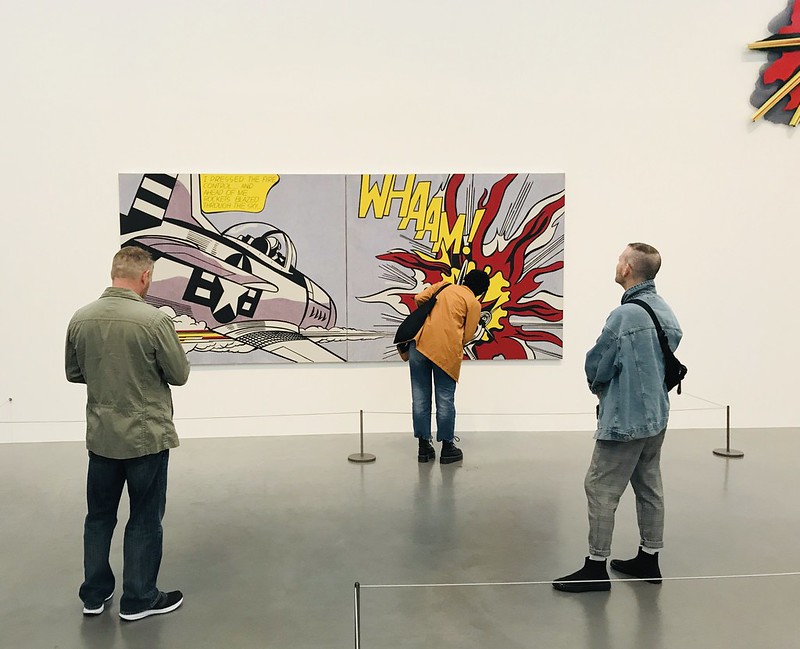 His use of known comic-book panels caused controversy.

As Lichtenstein continued to explore the use of comic book imagery and commercial printing techniques, his career exploded. He found both national and international fame for paintings like Drowning Girl and Whaam!, but the success didn’t come without controversy.

Many of these acclaimed paintings were adapted from comic panels by well-known artists. These artists were very often not credited, and certainly not compensated, in regards to Lichtenstein’s work, and this has left a bad taste in the mouths of some artists and comic lovers. In fact, Russ Heath, the veteran DC comic artist whose fighter jets were adapted by Lichtenstein for Whaam! had strong feelings about it. He was well into his 80s when he created a short comic about how it felt to have lived in poverty when his imagery was a celebrated piece of art.

In a day and age when creative adaptation, reuse, and copyright infringement often have blurred lines, it’s interesting to see this issue explored in pop art. For his part, Lichtenstein stated, “I am nominally copying, but I am really restating the copied thing in other terms. In doing that, the original acquires a totally different texture. It isn't thick or thin brushstrokes, it's dots and flat colors and unyielding lines.” 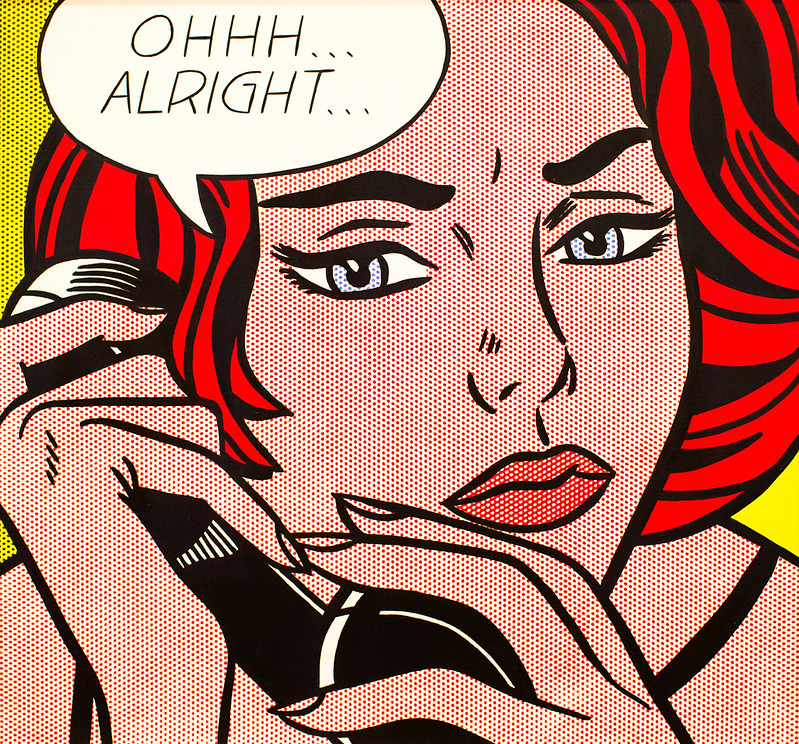 He wasn’t embraced by critics.

As often happens when artists break new ground, critics were not all keen to embrace Lichtenstein’s combination of low and high art. In fact, a 1964 Life magazine about him was titled “Is He the Worst Artist in the U.S.?” By bridging the gap between comic art (which was seen as a lesser art by contemporary art critics) and high art, he was breaking boundaries and challenging the art world’s perceptions.

His work was challenged for its lack of originality and emptiness, which he acknowledged was difficult to hear and put doubts into his head. However, this never stopped him from following his principals and focusing on the technical perfection of his work. Those who deny his impact on art history need to only look at his paintings now. In 1966, when England’s Tate Gallery was set to purchase Whaam! it caused an uproar with several trustees who did not agree with the acquisition. Today, its one of the collection’s most iconic artworks and is worth tens of millions of dollars. 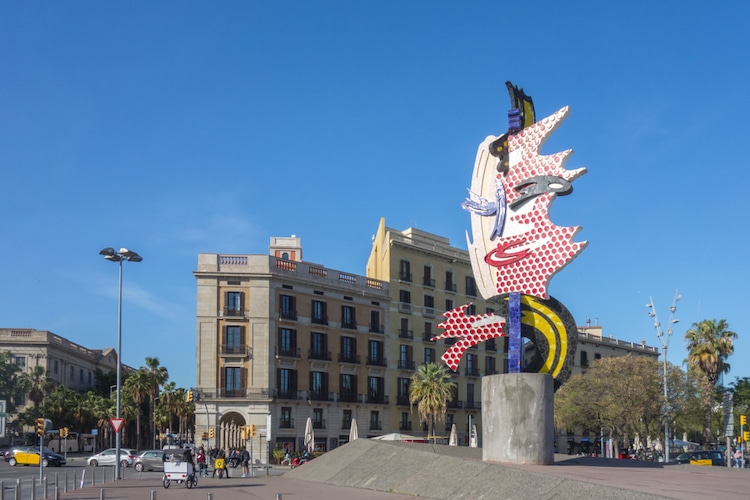 His career extended well beyond his comic phase.

Lichtenstein began to move away from his comic-infused artworks around 1966. While cartoon elements continued to seep into his paintings, he enjoyed a highly successful career up until his death in 1997. Highlights include his reworking of famous masterpieces by Van Gogh, Monet, and Cézanne—all in his Ben-Day dots and bold, graphic style.

He also played with sculpture and even created a film with the help of Universal Studios for the Los Angeles County Museum of Art. After retreating to Long Island in the 1970s, where he lived in relative seclusion, he continued to experiment with still-life paintings, screen printing, and colored-pencil drawings.