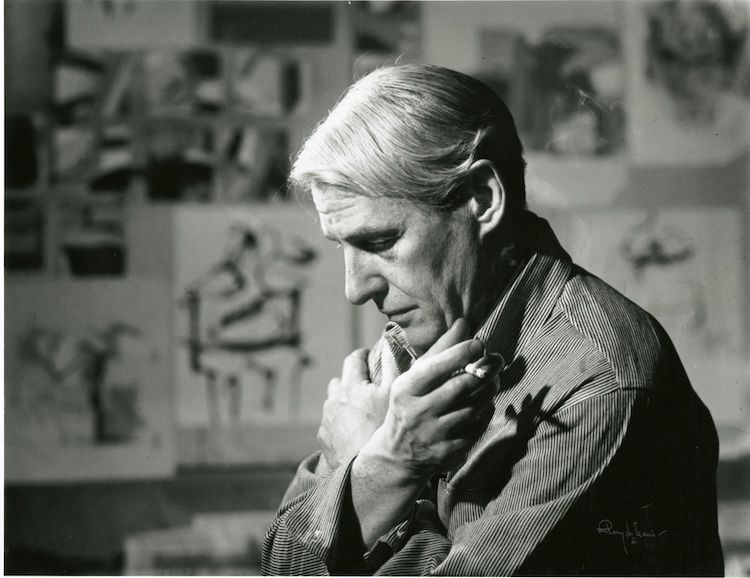 A pioneer of 20th-century art, Dutch-American painter Willem de Kooning rose to prominence together with a group of post-World War II painters like Jackson Pollock and Mark Rothko. De Kooning's impressive artistic output is matched only by other prolific painters like Picasso—who greatly influenced his early work. Known for his role in the Abstract Expressionist movement, his style bounced from abstract to figurative throughout his life.

De Kooning was a child prodigy, leaving school at just 12 years old to begin apprenticing at a commercial art firm. By 16, he was working as an art director at a department store. This work ethic came in handy, as de Kooning worked both as a house painter and carpenter when he moved to the United States. By the late 1930s, his art garnered attention—his bold style a huge break from the American Realism that had been fashionable.

He soon became part of a large group of modernist artists active in New York, many of whom would change the face of art history. Moving from early abstract still-lifes to minimalist black and white abstract paintings to primitive figurative work, de Kooning's art was constantly evolving. He continued to paint throughout his life, only stopping in 1991 when his health declined. De Kooning eventually passed in 1997 at age 92, after a long, illustrious career filled with professional highs and personal troubles.

Today, his paintings command some of the highest prices on the art market, with his oil painting Interchange selling for $300 million in 2015. This held the record for the most expensive of all time before a work by Leonardo da Vinci surpassed the record in 2017. What is it that makes de Kooning's work so sought after? Let's learn more about the incredible life and career of Willem de Kooning, the incredible modernist master. 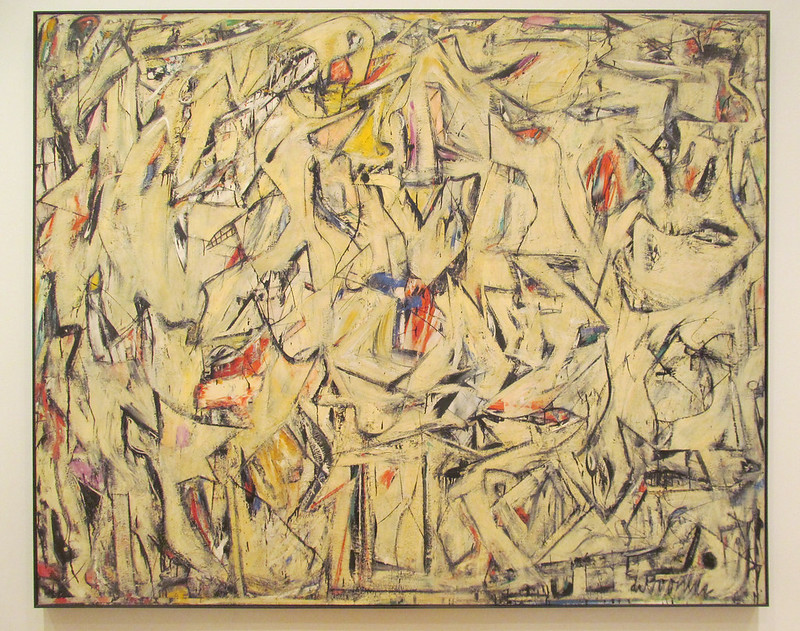 He was an illegal immigrant.

Originally from Rotterdam, de Kooning came to the United States in 1926 when he was just in his early twenties. He stowed away on the British freighter bound for Argentina and entered into the United States illegally. Early in his career, his immigration status was somewhat of a hindrance.

Though he was part of the Artists Union and joined the WPA’s Federal Art Project, he was forced to resign in 1937 when it was discovered that he was not a citizen. Luckily, he was given one of his first big breaks just a few years later when, in 1939, he painted part of a mural for the World’s Fair in New York.

After nearly forty years in America, he finally became a U.S. citizen in 1962. In 1964, he was honored with the Presidential Medal of Freedom by President Lyndon B. Johnson—making him one of only nine artists to be given the prestigious award. 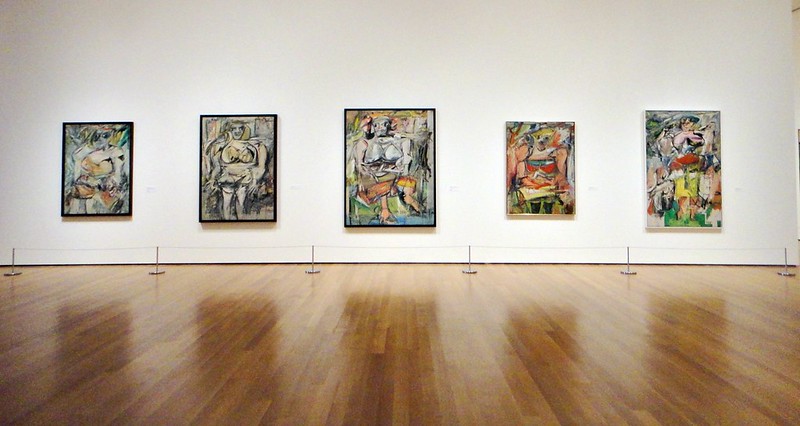 His work was sometimes controversial.

One of de Kooning’s most famous series was also his most controversial. In 1950, when de Kooning was already enjoying great success, he began painting Woman. This series, which consists of six paintings, turned the classic Western depiction of femininity on its head.

De Kooning’s Woman I, now at MoMA, is shown with large sagging breasts, big eyes, and an eerie-toothy grin. This exaggerated female form was closer to the Venus of Willendorf, a pre-historic fertility idol, than what the public was accustomed to. Fans of de Kooning’s abstract paintings from the 1940s were devastated by the inclusion of a recognizable figure in his work. Critics also derided what they perceived as an aggressive and violent depiction of women, saying it was degrading.

However, Woman has stood the test of time and has become emblematic of de Kooning’s work and post-World War II America. In 2006, Woman III was sold to billionaire Steven A. Cohen for $137.5 million. This made it the fourth most expensive painting ever sold at the time. 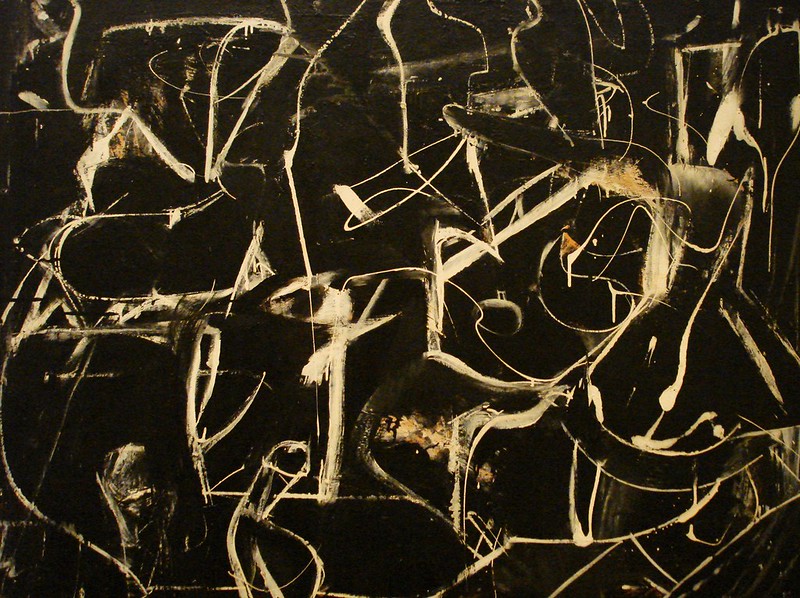 He was a risk-taker.

Though he is most popularly regarded as a leader of the Abstract Expressionist group, the truth is that de Kooning’s style was fluid. He dabbled with both figurative and abstract painting, taking elements of Cubism, Surrealism, and Expressionism and combining them into his own, unique style.

While he was a central figure in Abstract Expressionism, de Kooning didn’t like being tied down to one movement. In fact, at a time when abstraction was all the rage, his inclusion of figures in his paintings was disparaged by some critics. To these criticisms, de Kooning replied, “Flesh is the reason that oil painting was invented.”

He also wasn’t afraid to edit his own work. In fact, he’s famously known for reworking his canvases by scraping off the previous day’s work and starting again. His wife, Elaine de Kooning, estimated that about 200 images preceded his finished Woman I painting. 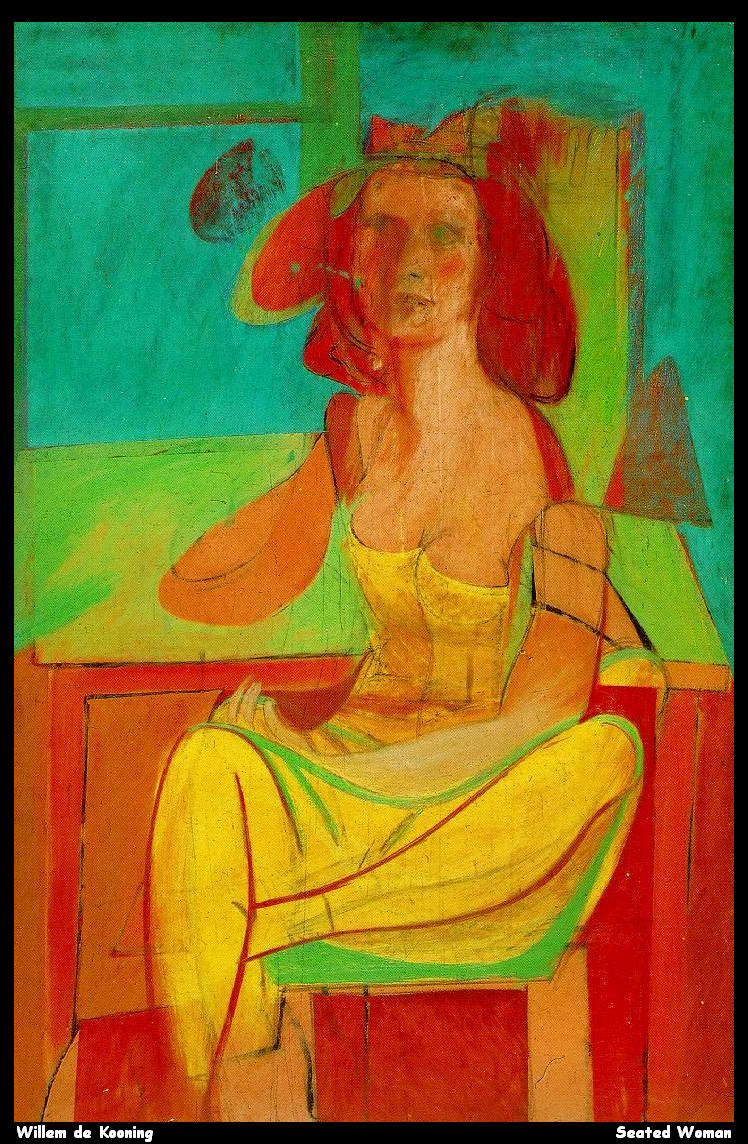 He had a tumultuous marriage.

De Kooning met painter Elaine Fried—who was 14 years his junior—shortly after leaving the WPA in 1938. An admirer of his work prior to the meeting, Elaine became his student, apprentice, muse, and—eventually—his wife. She sat for one of his early paintings of a female figure in Seated Woman (1940).

In 1943 the couple married, but their relationship was an open one that would be marred by alcoholism on both parts. They eventually separated in 1957, but never divorced. Despite living apart for nearly twenty years, they later reunited in 1976 and remained together until Elaine's death in 1989. 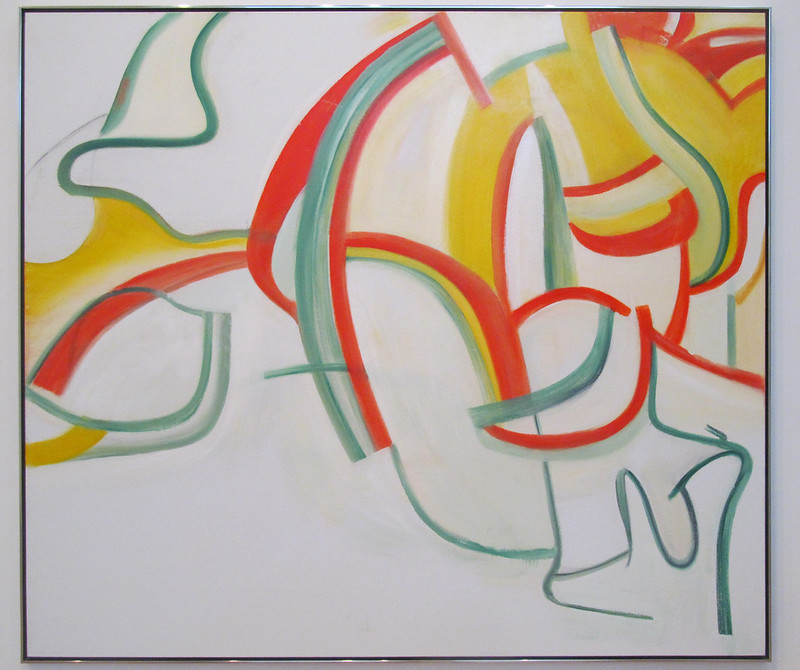 He suffered from Alzheimer’s.

Late in his 60-year career, de Kooning began showing signs of dementia and in 1987 he was diagnosed with Alzheimer’s disease. This didn’t seem to slow his artistic output, though. In fact, he was more prolific than ever for several years. It seems unsurprising that the man who once said, “I don’t live to paint. I paint to live,” continued to produce artwork into his mid-80s.

His late style, which is characterized by bold, graphic strips of color, has been hotly debated by critics. Many, in light of his Alzheimer’s diagnosis, question the validity of these paintings. Some question how much his assistants were involved in the creative process, while others note that Abstract Expressionism prizes intuitive paintings—making his mental state at the time irrelevant.